There is a gallery in Paris' Louvre that, if memory serves, has nothing but huge easel paintings.  Painting huge was not unusual during the 19th century.  However, that largely fell out of fashion during the 20th, aside from murals (exceptions include Robert Rauschenberg's "F-111" and Chuck Close's monster portraits).

Following the Risorgimento, when Italy was transformed from a geographical place to a political entity, a degree of nationalism was generated. Not to be outdone by the French, some huge paintings were commissioned that commemorated battles of the Italian unification effort and subsequent conflicts. A few of these can be seen in Rome's Galleria Nazionale d'Arte Moderna (Web site here).

I visited the Arte Moderna recently and took some photos of huge war paintings by Giovanni Fattori (1825-1908) and Michele Cammarano (1835-1920). I included a bit of the surroundings so that you might get a sense of the scale of these works. Click on the images to enlarge. 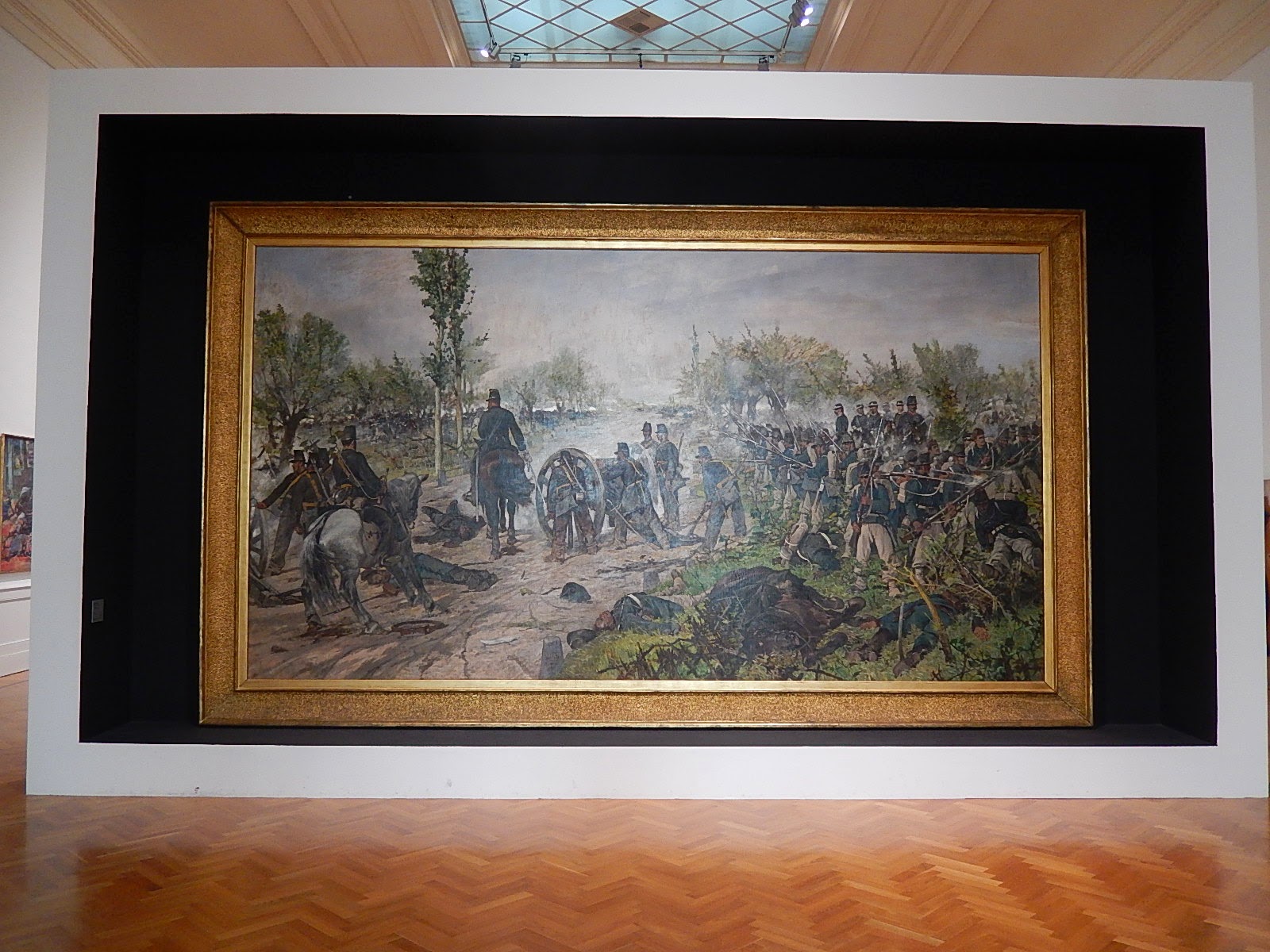 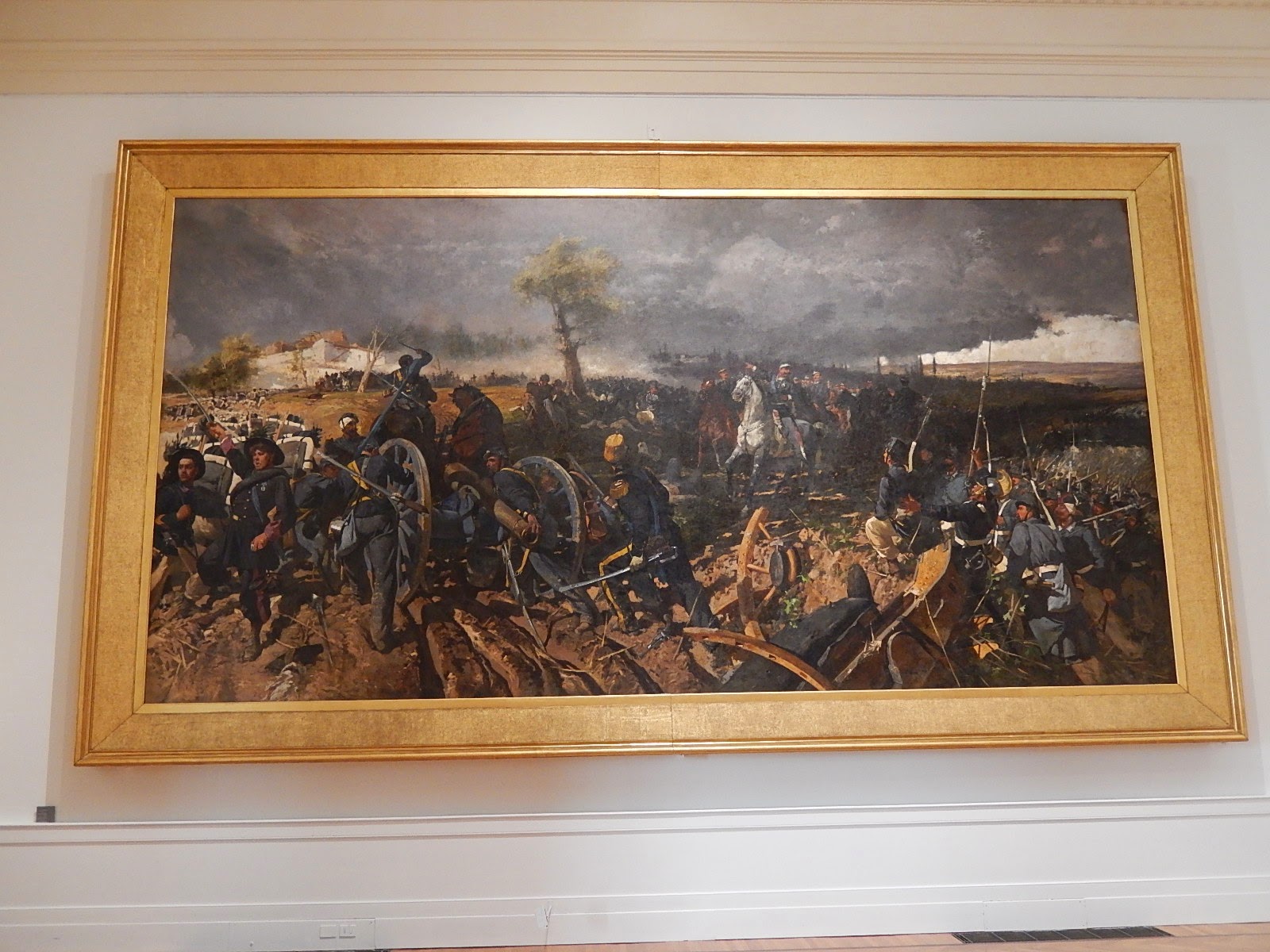 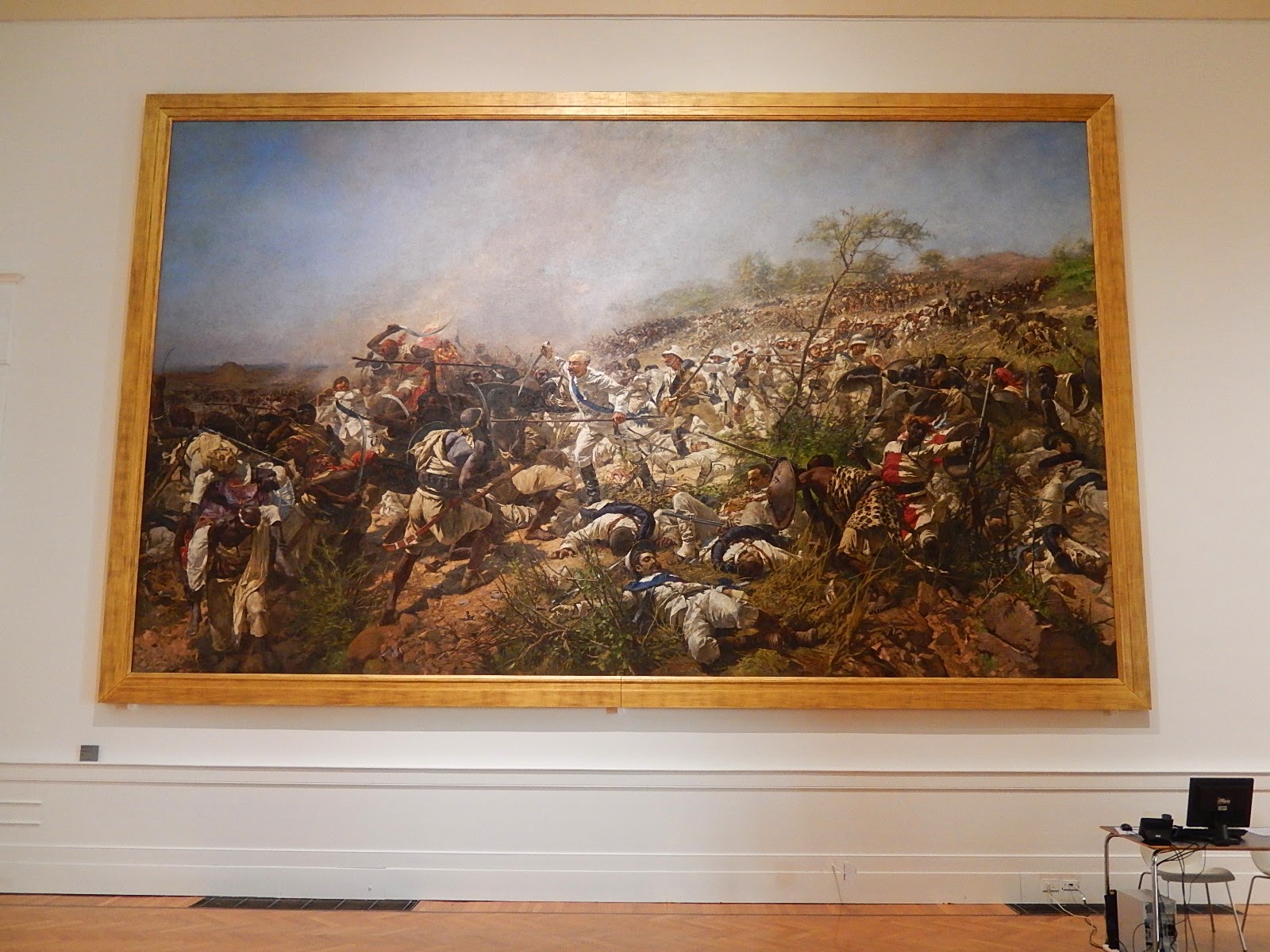