Carlo Carrà: Futurist for a Short While

Carlo Carrà (1881-1966) was one of the first Futurist painters, Futurism being a 1910s Italian movement that, in painting, stressed depicting movement. Biographical information on Carrà is here.

From what I could tell from images of his paintings on the Internet, Carrà never painted strictly realist paintings. Some of his earliest works on the Web, painted when he was around age 30, seem Cubist-influenced. Then from about 1911-1915 he made Futurist paintings. Then he became associated with Giorgio de Chirico and his Metaphysical Painting concept. After that, Carrà tended to do cityscapes and landscapes using a simplified, rather rough style.

Examples of his work are below. I find none of them interesting or appealing. 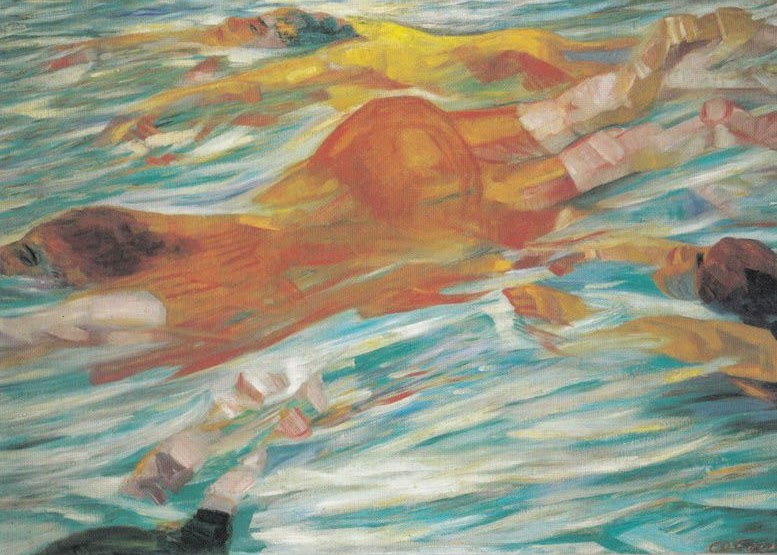 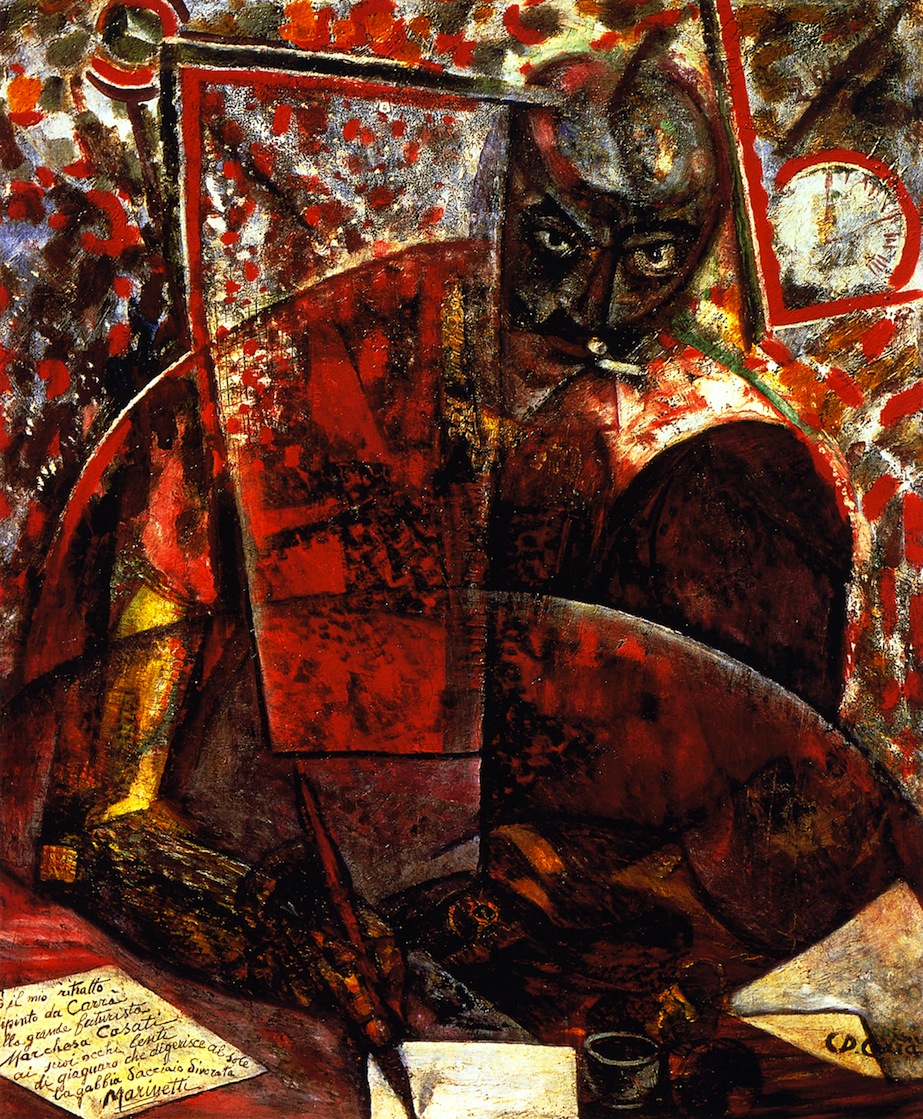 Marinetti - 1910-11
Filippo Tomasso Marinetti was the founder of Futurism. Ritmi di oggetti (Rhythms of Objects) - 1911
This is Futurist because pace and movement are suggested by the title, yet the overall impression is Cubist. 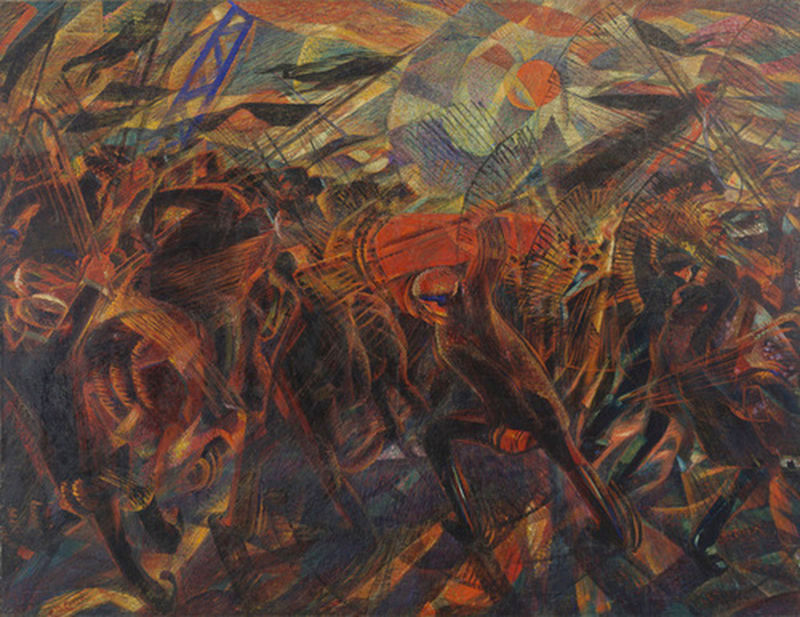 Funerale dell'anarchico Galli Funeral of the Anarchist Galli - 1911
This painting and the following one are Futurist. 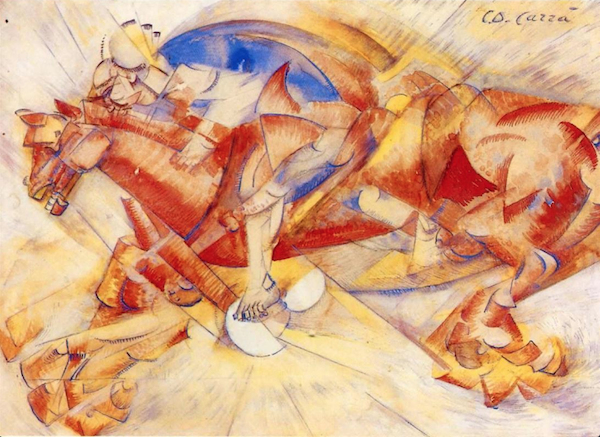 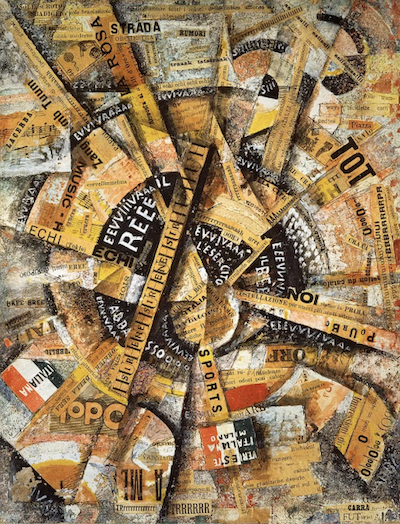 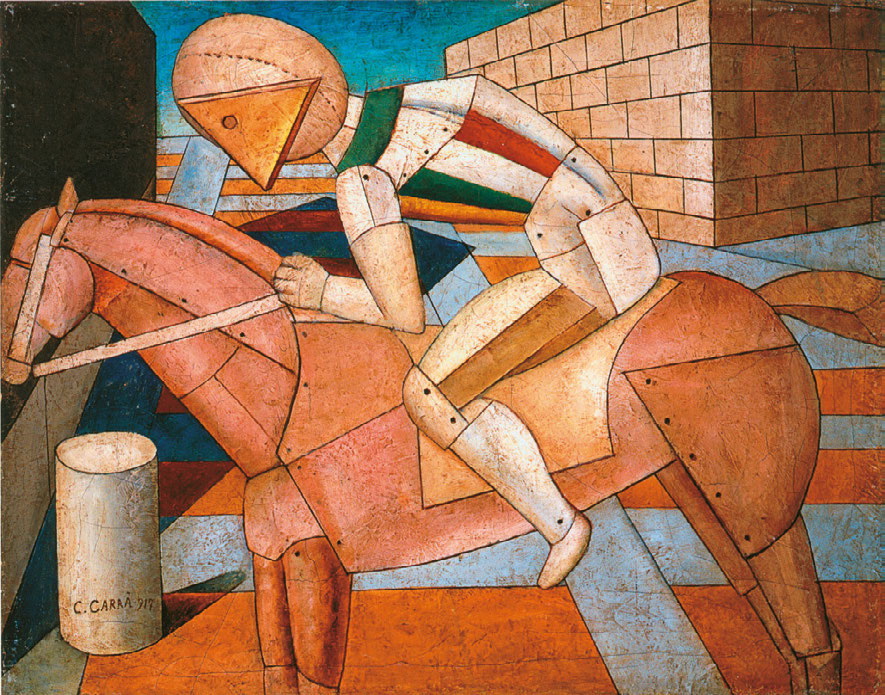 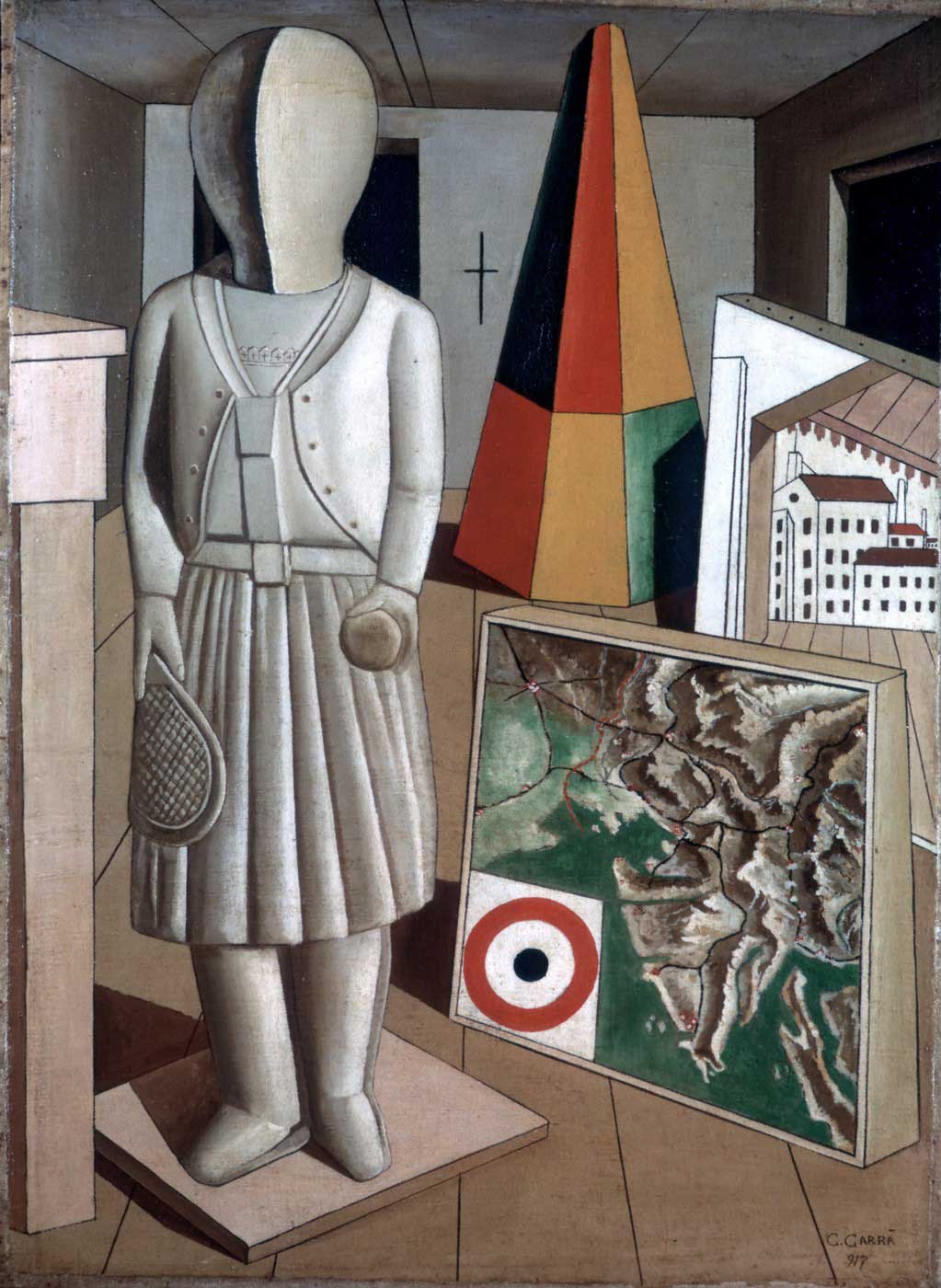 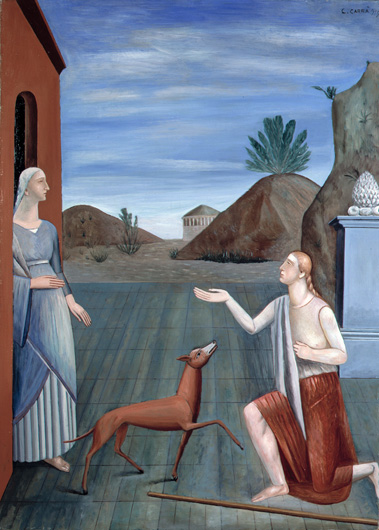 Le figlie di Loth (The Daughters of Lot) - 1919
Modernists were drifting into a neo- pseudo-classical style at the end of the Great War, and Carrà was keeping up with fashions. 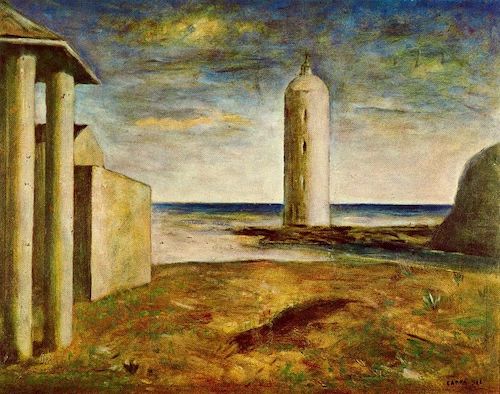 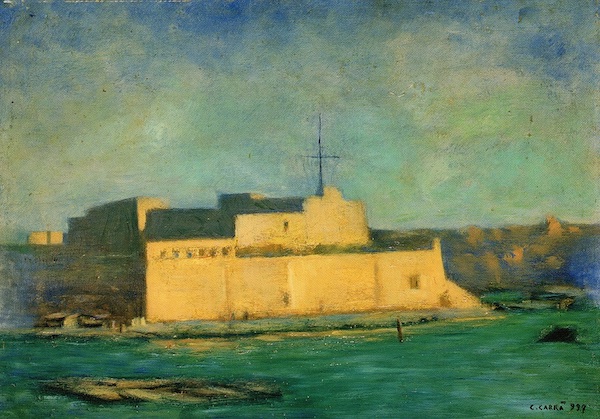 Il Forte dei Cavalieri di Malta (Fortress of the Knights of Malta) - 1939
By the time this was painted, Carrà seems to have largely departed from doctrinaire Modernism, though was not quite fully free of modernist simplification. 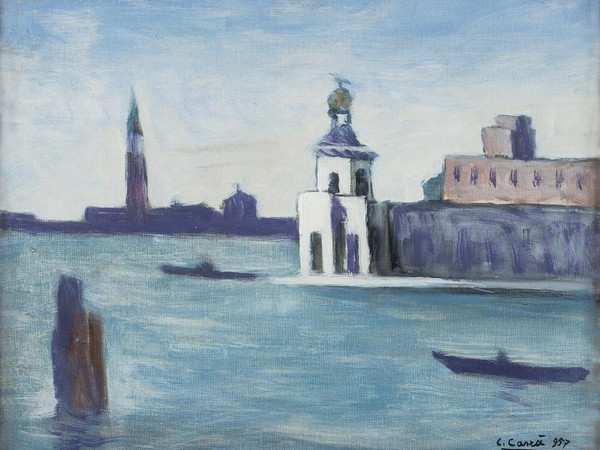