Jules Vallée Guérin (1866-1946) illustrated books, delineated architecture and painted murals. He is best-known (to me, anyway) for his renderings of the 1909 Burnham Plan for Chicago and for his book illustrations of architectural subjects. As an iconic American delineator, Guérin ruled the early 1900s much as Hugh Ferriss did in the 1920s and early '30s.

Guérin's Wikipedia entry is here, covering the main points of his career but lacking in personal information, including his place of death.

Below are examples of his work. Click on images to enlarge. 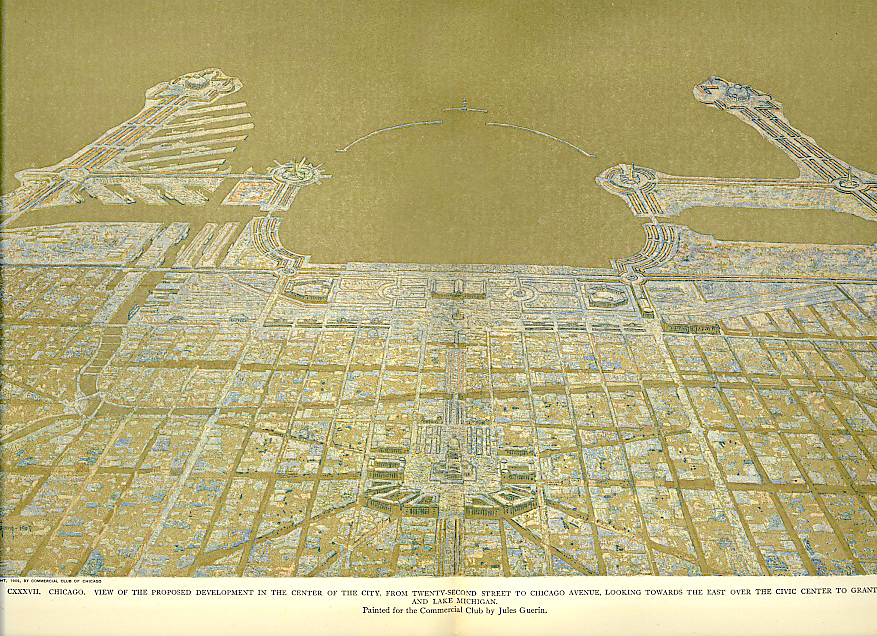 Aerial view of Burnham Plan showing how it would fit into the city's street grid and topographic features. The Civic Center part of it is at the lower center of the rendering. 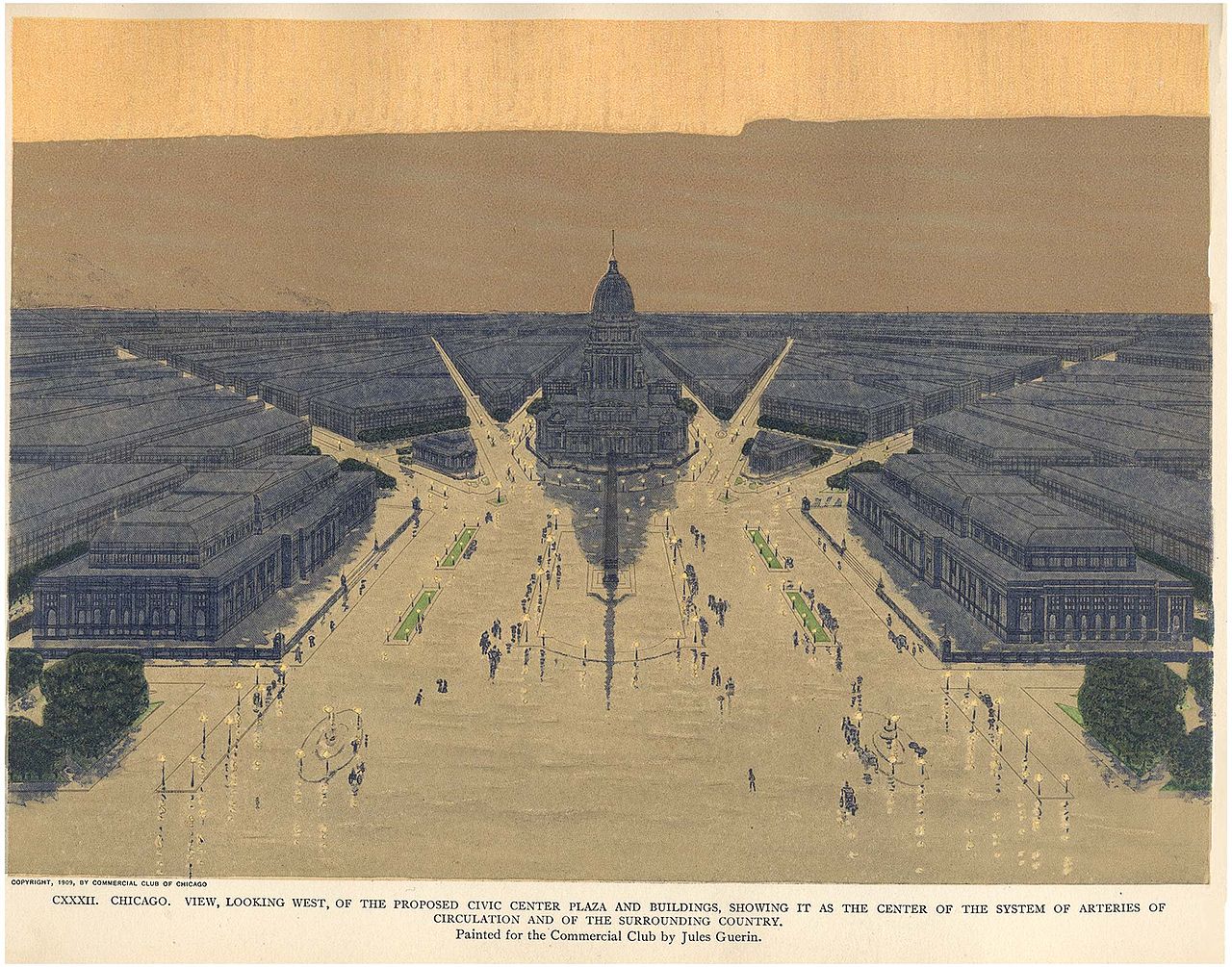 The Civic Center and its setting as view on high from the direction of the lakefront. 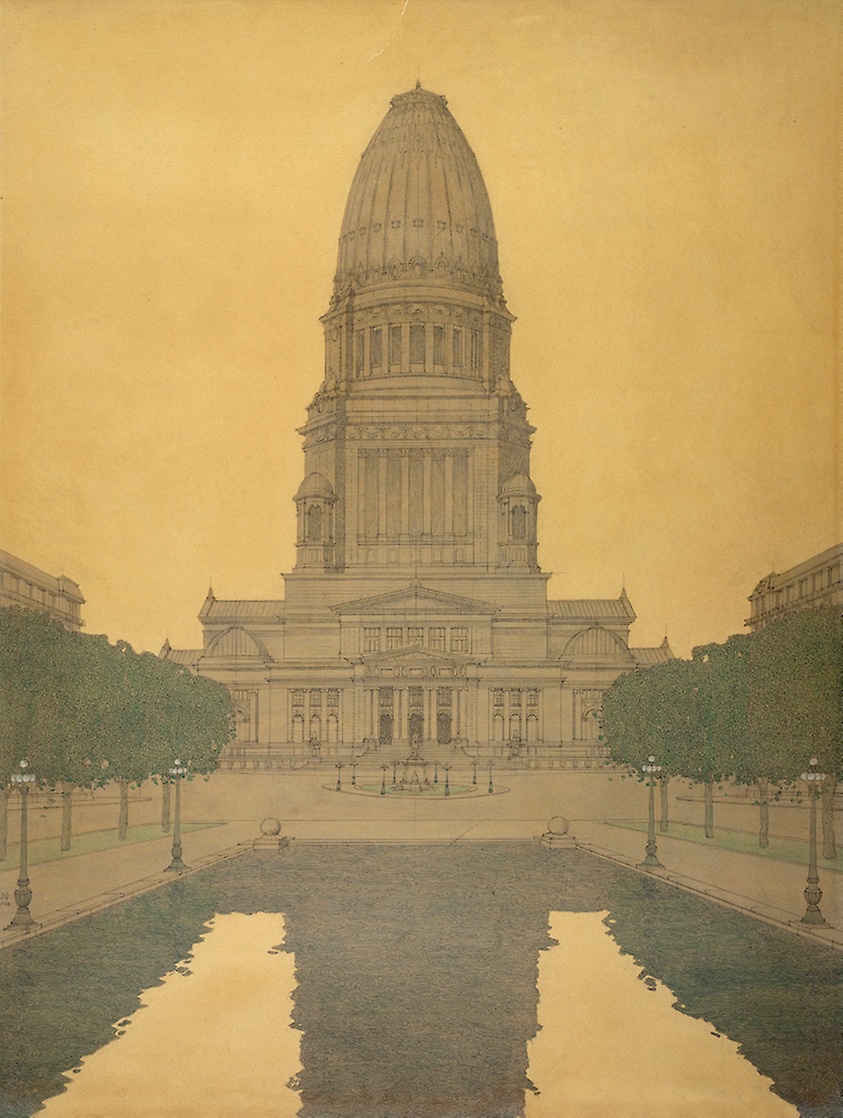 Focal building of the Civic Center. 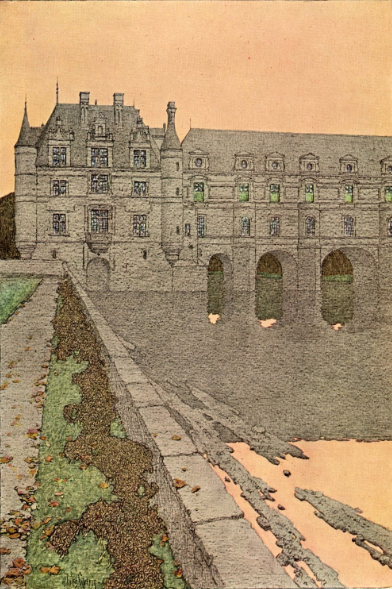 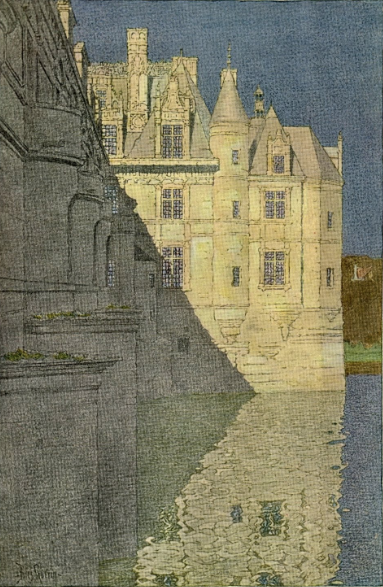 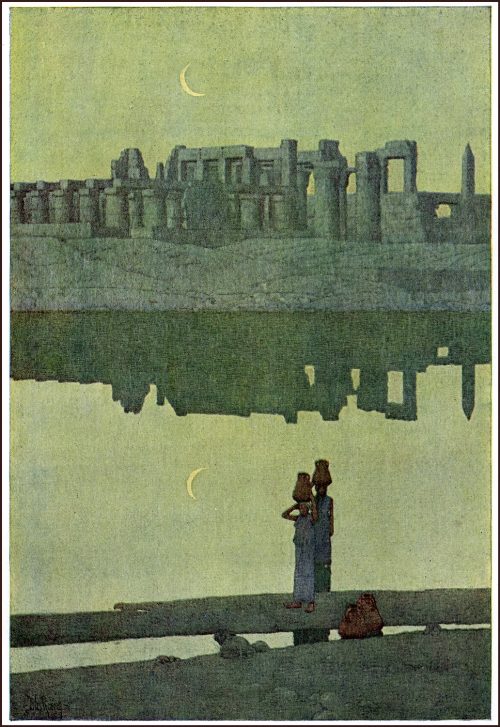 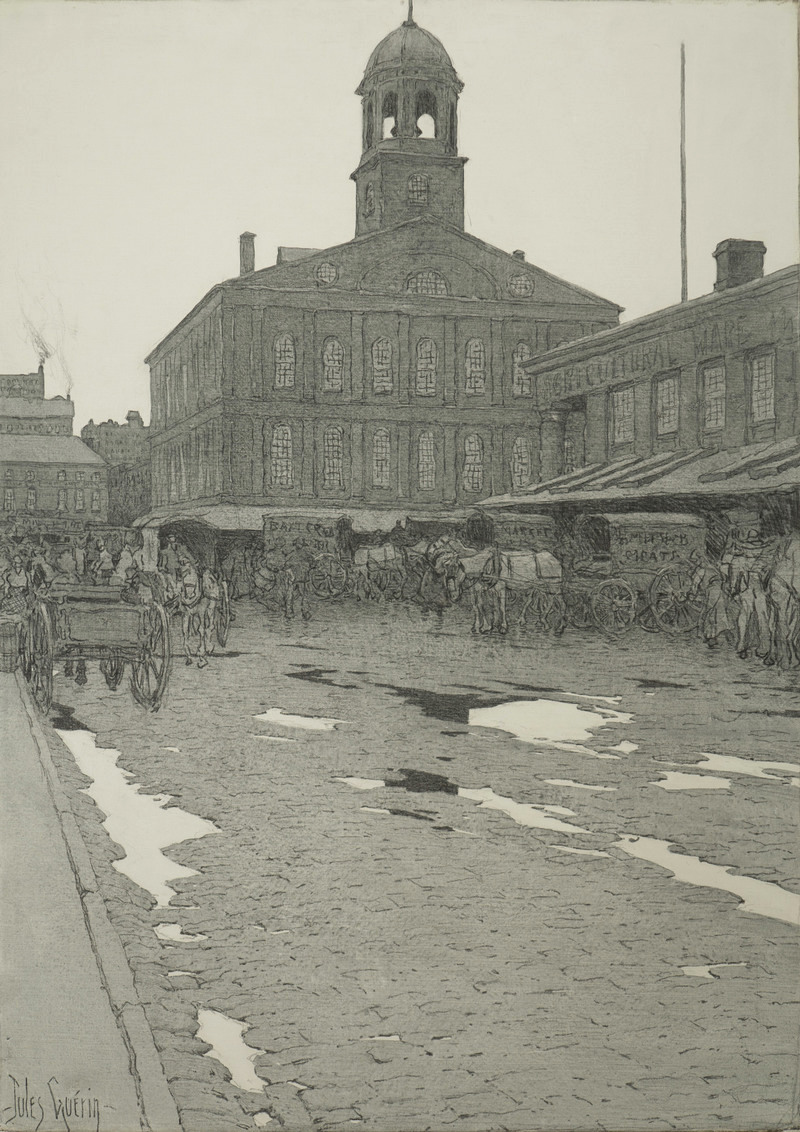 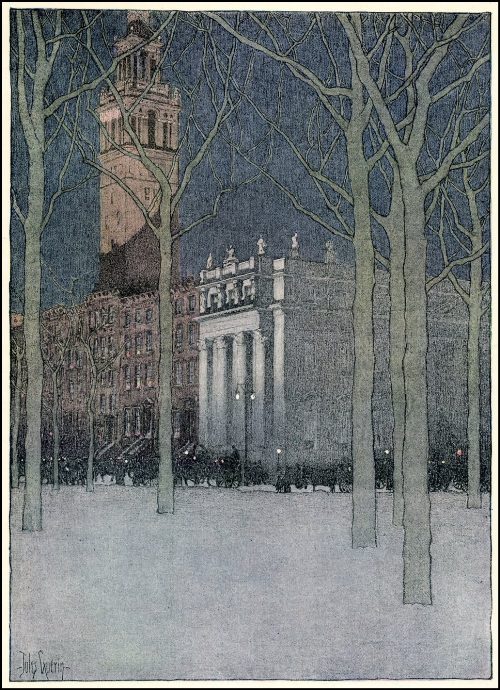 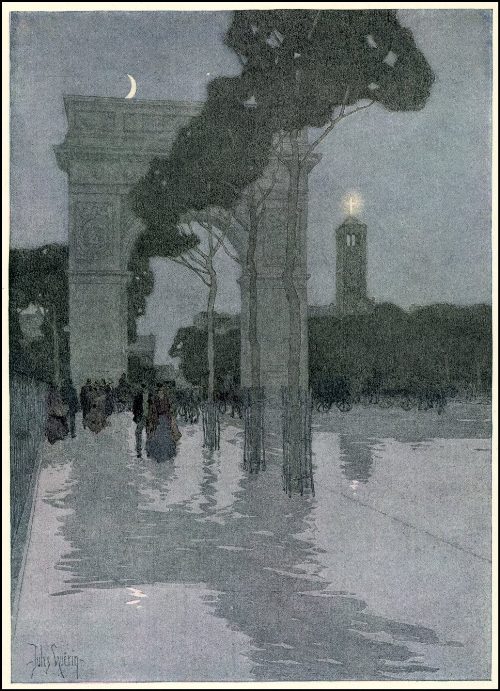 Lincoln Memorial murals. Color is probably not accurate.
Posted by Donald Pittenger at 1:00 AM