Anselm Feuerbach (1829-1880) died aged 50 after a life where he never lived in any one place for more than a few years. His career began around the time that some artists in Paris and the first Italian Macchiaioli began the first stirrings of proto-Modernism. Perhaps aware of this, even though his major works were Classical, Feuerbach's lesser or more casual paintings would be loosely done. This source has him "working in a Romantic style of Classicism."

Wikipedia's English link is here, containing a fair amount of biographical detail. The German site is comparable, though the French and Italian sites are sketchy..

Feuerbach still seems to be well-regarded in Germany where his paintings can be found in major museums. Seattle's Frye Art Museum has a few examples of his work, and the "Old Woman Seated" painting shown below is at the Norton Simon in Pasadena, California. 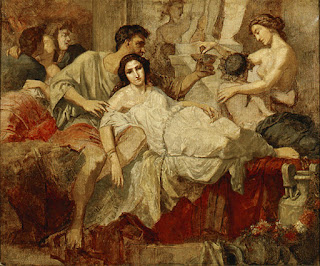 Die Römer der Verfallzeit (Romans of the Decadence) - c. 1850
This early study is in the Frye collection, thought I don't recall having seen it displayed. 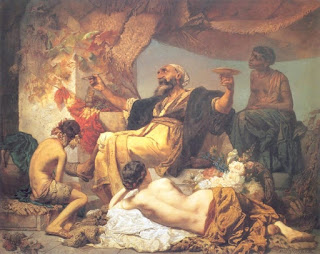 Hafis vor der Schenke (Hafiz in His Cups) - 1852
Wikipedia calls this "his first masterpiece." It was painted in Paris. 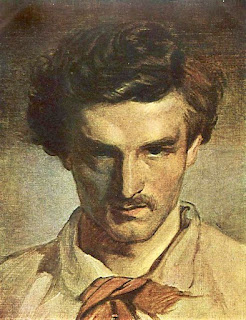 Self-Portrait - 1852
Feuerbach painted several self-portraits around that time, this being the most dramatic. 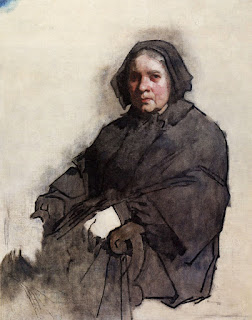 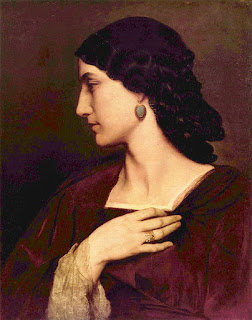 Nanna (Anna Risi) - 1861
She was his model in Italy for several years. His painting Ruhende Nymphe (Peaceful Nymph), a nude work that's not office-safe looks like it might be her, but is listed as a 1870 work -- probably after their relationship. 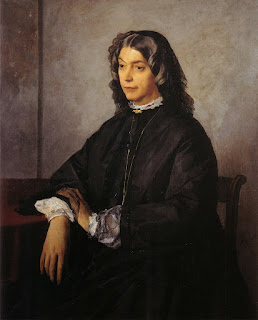 Henrirtte Feuerbach (his step-mother) - 1867
She was a strong supporter of Feuerbach. 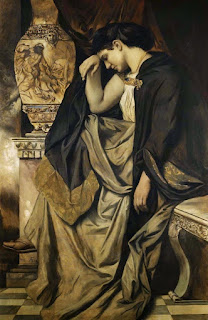 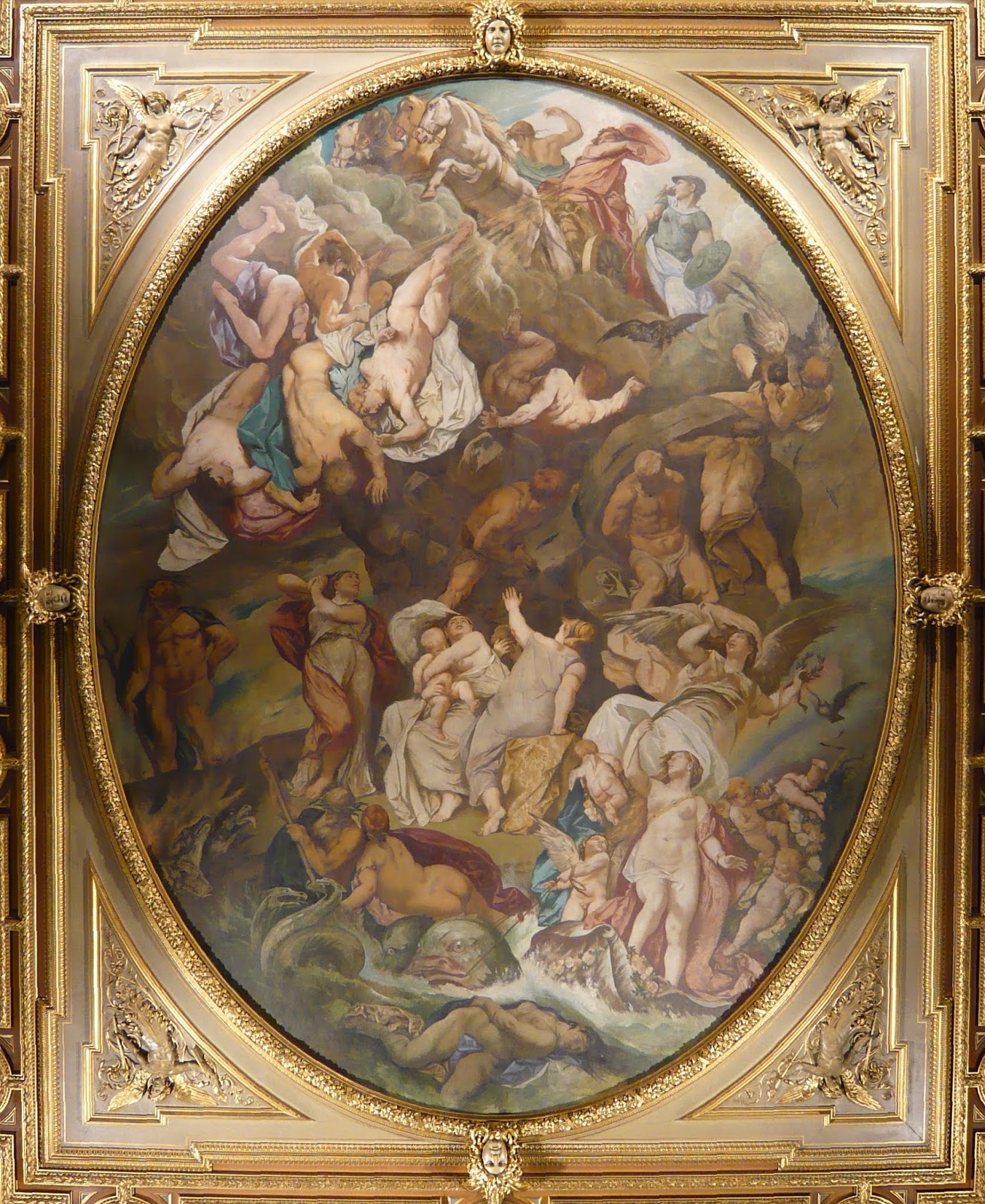 Titanensturz (Fall of the Titans) - c. 1875
The first biographical link above, in reference to this ceiling painting, states: "In 1873 Feuerbach became a professor at the Vienna Academy of Fine Arts and painted for the academy building Fall of the Titans, generally regarded as his weakest work. Ill and discouraged by the harsh criticism of this work, Feuerbach left Vienna in 1876 and returned to Italy, where he died."