Roger de La Fresnaye (1885-1925) paintings are in the collections of New York's Metropolitan Museum of Art and the Museum of Modern Art, the National Gallery in Washington DC, and a number of museums in France.

Yet he is comparatively unknown. His Wikipedia entry in English is brief, as are similar entries in French and Italian. Little more was gleaned from a four-page Google search.

The link above mentions that he had a good deal of training in art, both conventional and modernist. Various sources offer various categorization of his style such as Expressionist, Fauvist, Cubist, Symbolist, etc. To me, asked to select a single type, I'd call him a Cubist during his most prolific period. But his cubism was superficial compared to that of, say, Picasso.

La Fresnaye's career was cut short by the tuberculosis he caught while serving in the Great War. The Wikipedia entry mentions that, postwar, the disease greatly hampered his productivity. 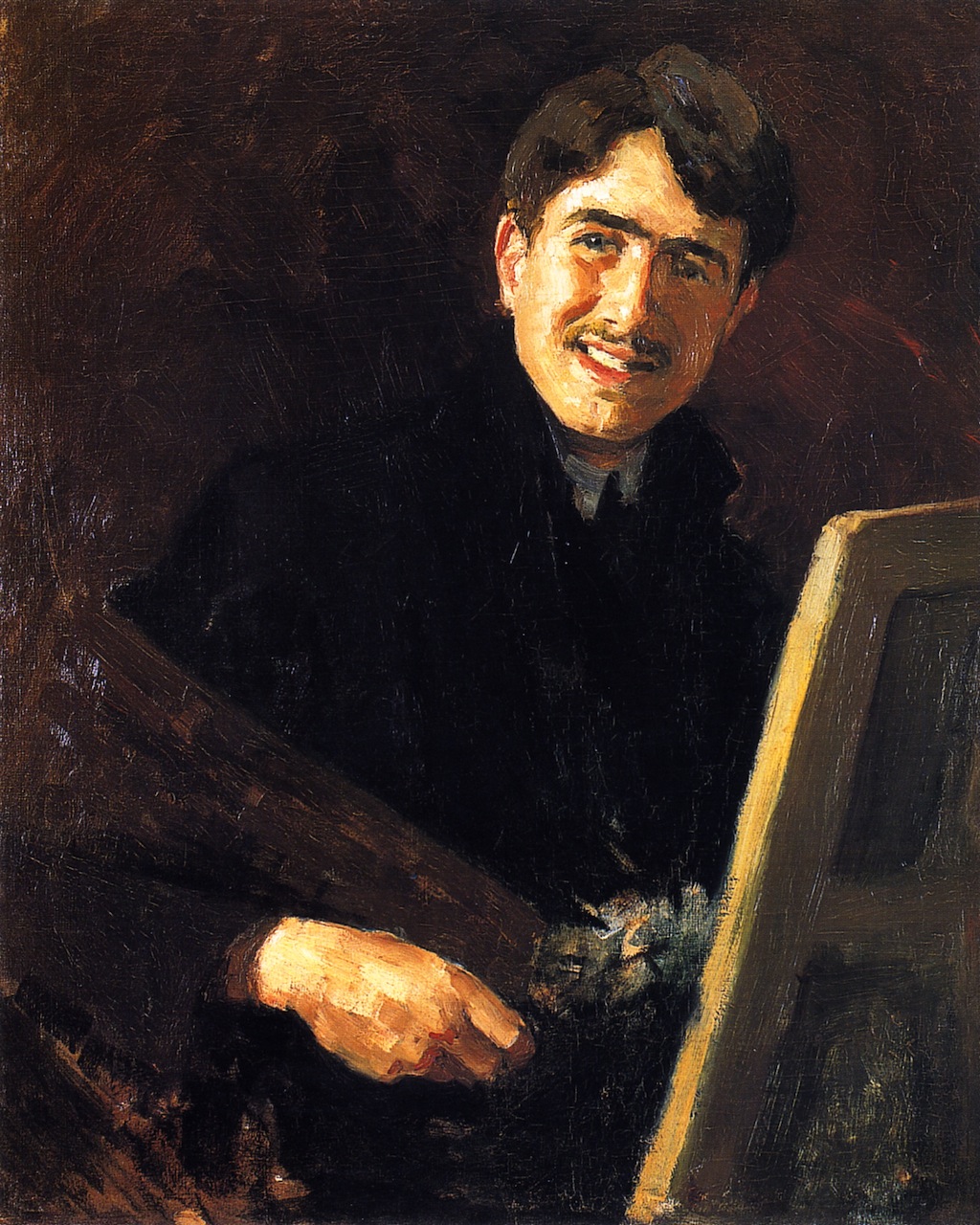 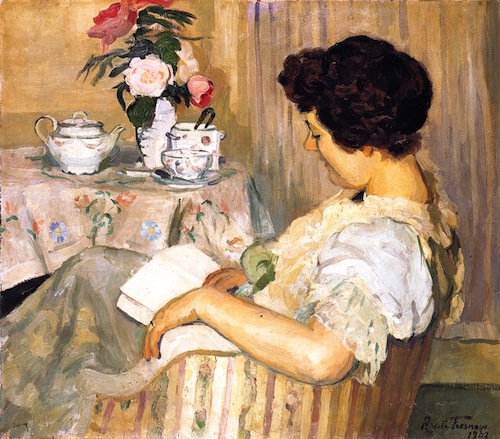 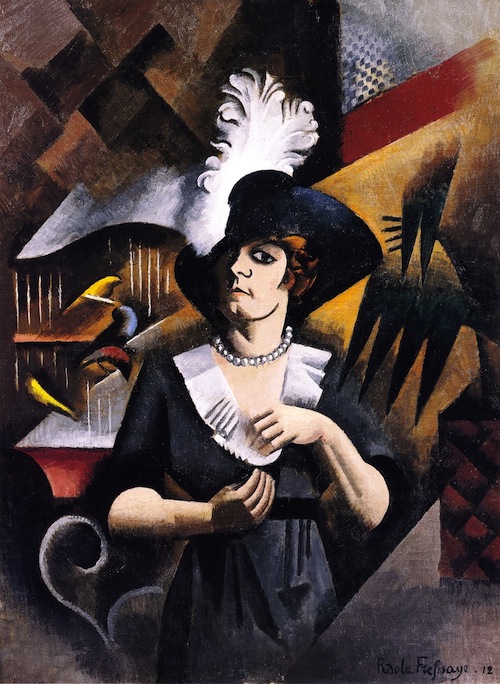 Alice in a Large Hat - 1912
Two versions of Alice, whoever she might have been, at different points in his career. 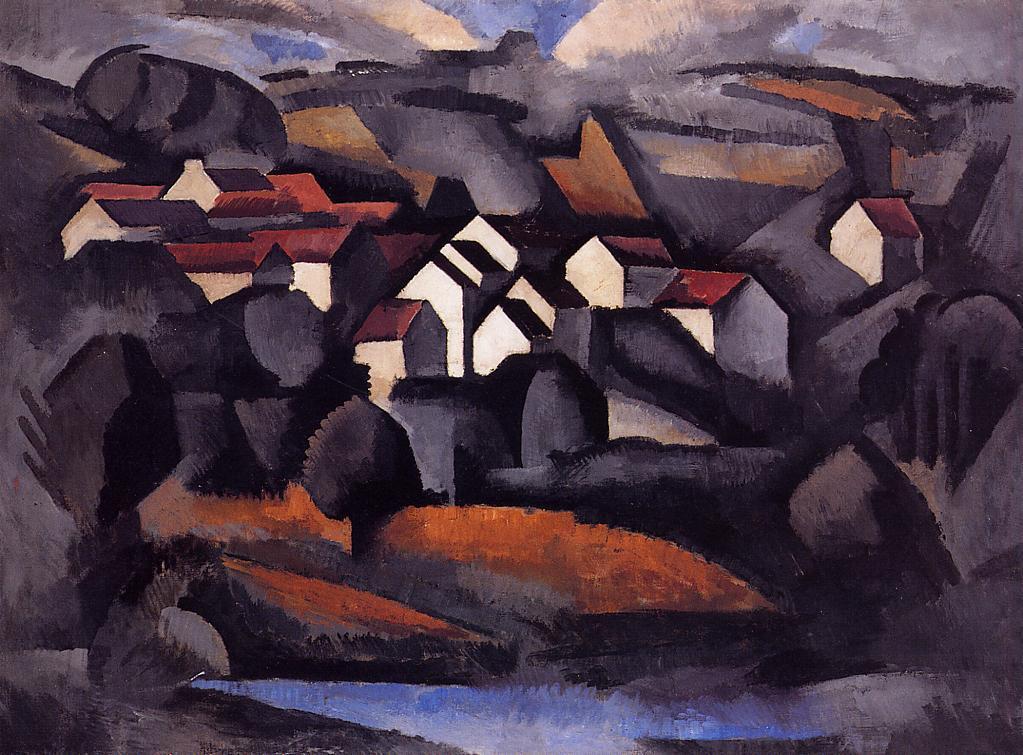 Landscape at Ferté-Sous-Jouarre, Final Version - 1911
Cubist-lite construction, Fauvist-lite colors. The subject is a town by the Marne River that has been associated with battles and the military for many years. During the 1939-1940 campaign it was the headquarters of General Georges, who was in charge of operations in northeastern France. I drove through it once on the way to Château-Thierry. Yes, it's hilly there. 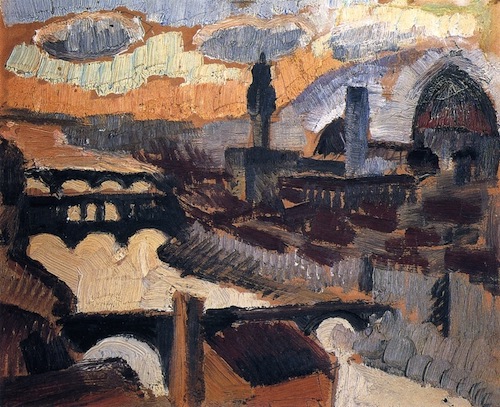 View of Florence - 1911
Here La Fresnaye seems to be experimenting with square-brush technique. 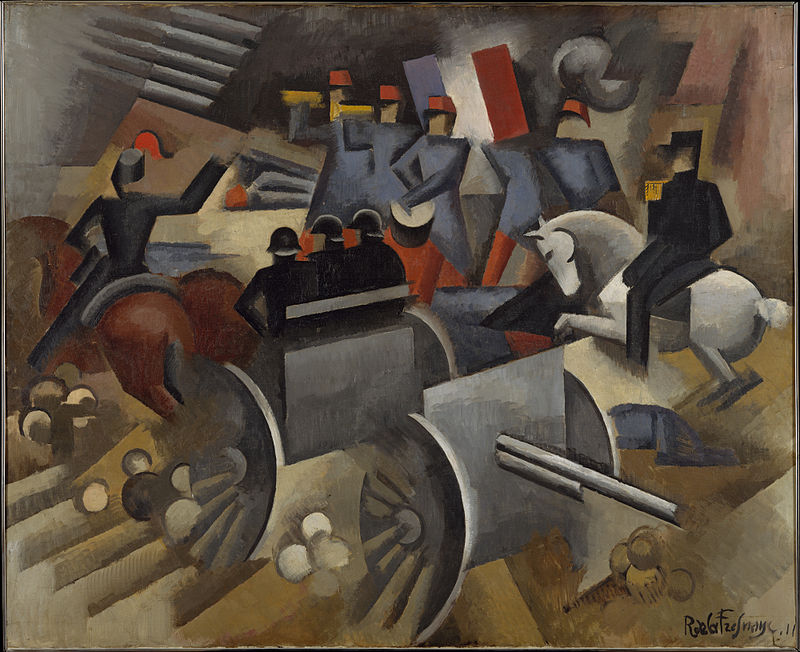 Artillerie - 1911
Pre- Great War painting. His father was an army officer. Available sources do not indicate whether La Fresnaye was conscripted or was commissioned when he was about age 20 and then was in the reserves until the war -- one or the other was likely. In any case, he was familiar with the army and painted some military subjects. 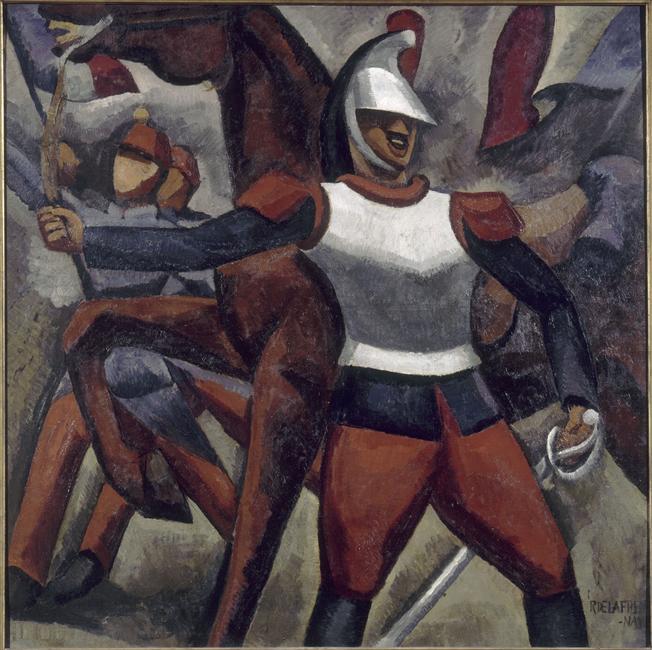 Cruirassier - 1912
Another military subject, a cavalryman. 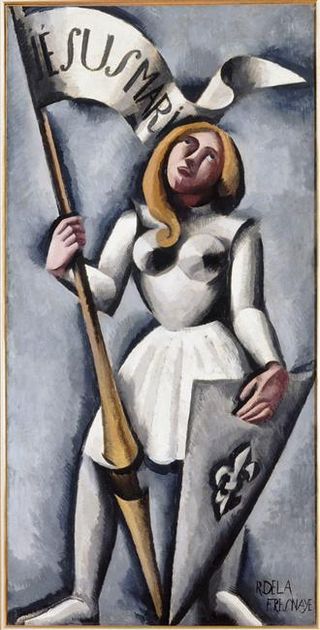 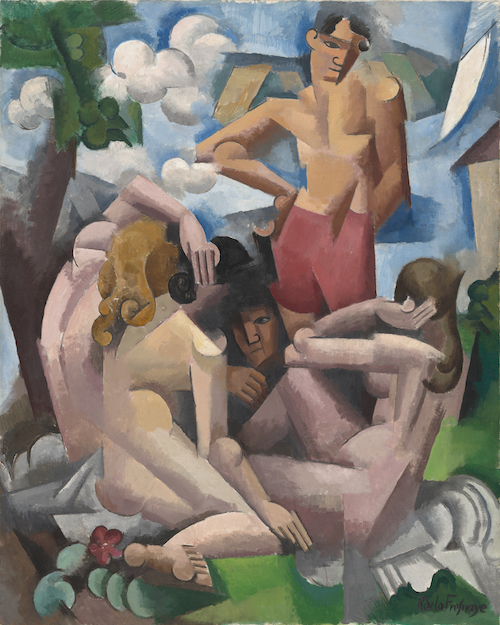 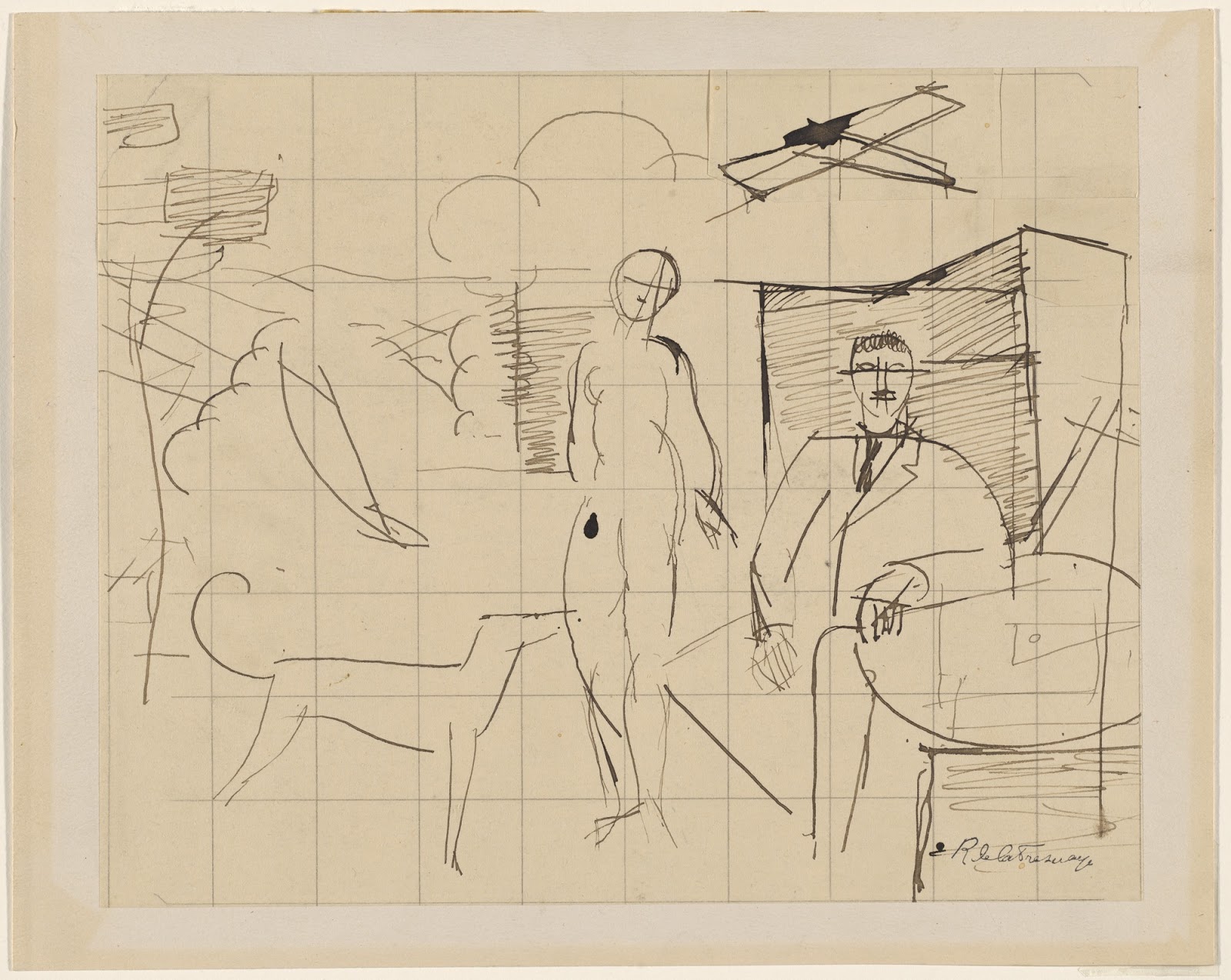 Study for Couple with Greyhound - c.1913
Note the squaring. La Fresnaye clearly constructed some of his paintings carefully. 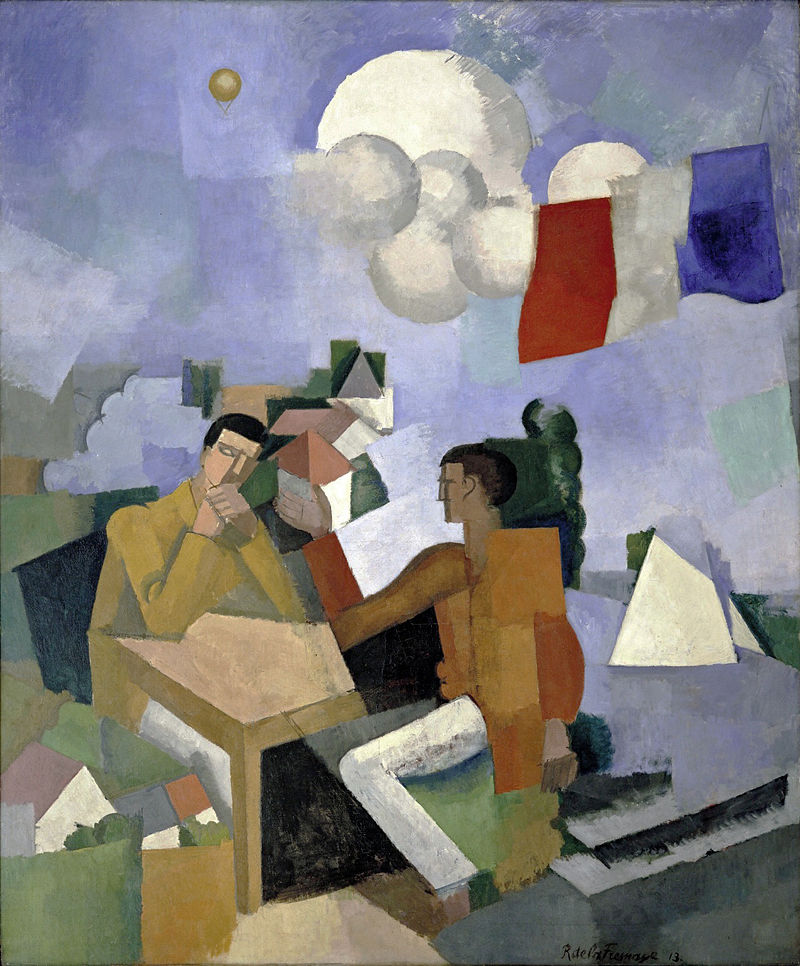 La Conquête de l'air (The Conquest of the Air) - 1913
A painting of the artist and his brother with a balloon shown in the upper left part of the canvas. 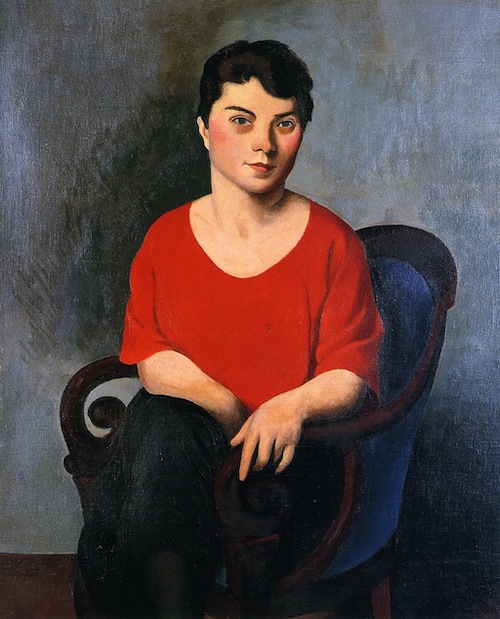 The Romanian - 1921
Postwar, La Fresnaye's style because more conventional in line with what other modernist were doing. 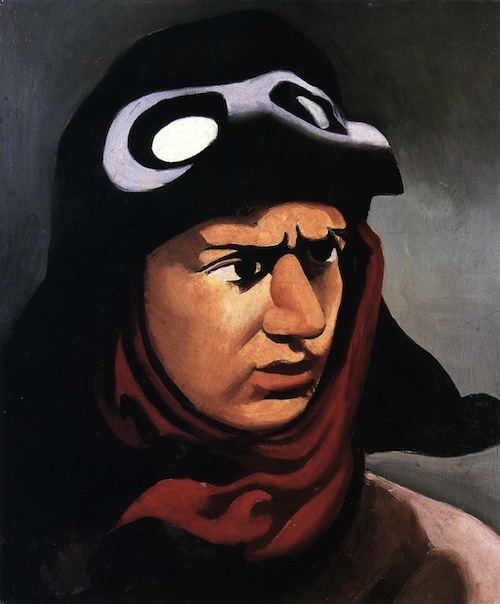 Guynemer
Georges Guynemer who died in 1917 was one of France's most famous Great War aces. 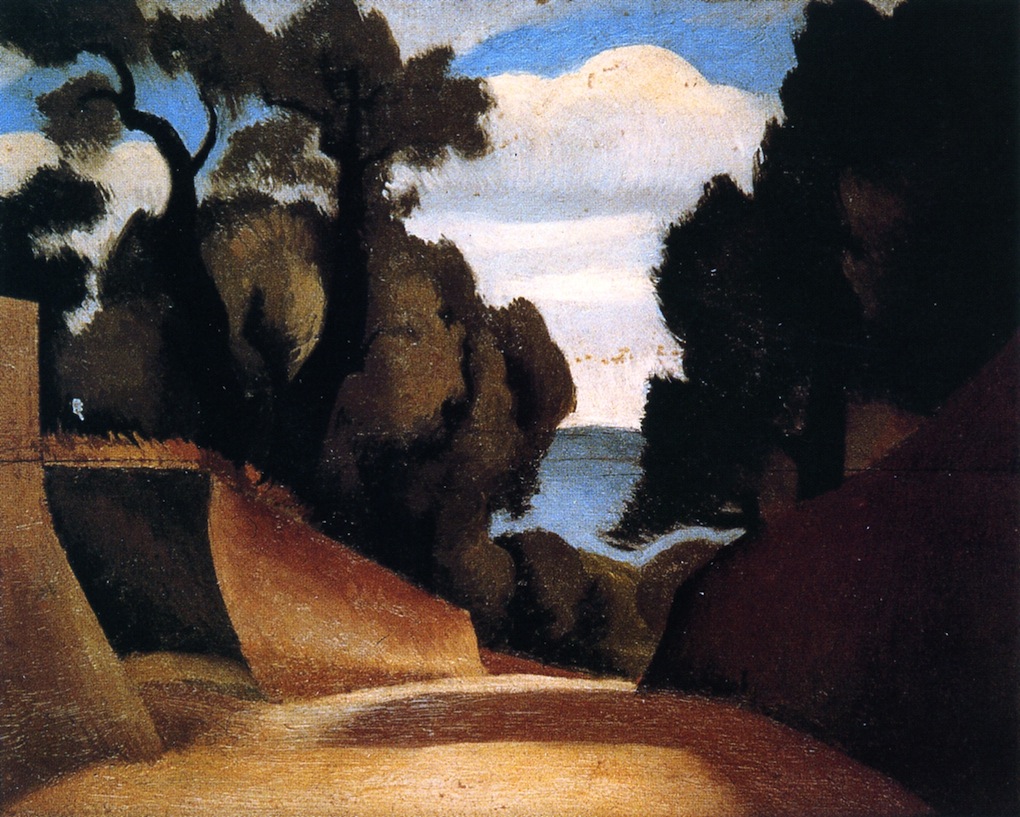 Entrance to the La Fresnaye Villa in Grasse - 1923-24
Although La Fesnaye was from northern France, this property is near Nice.

This blog is still well and alive! Unbelievable!
I came here to gather some informations about Ivan Bilibin. May I suggest him for a future tread?

His work seemed to change over time, more than with many artists.