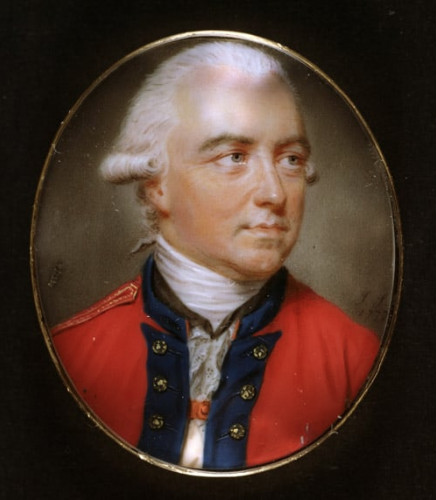 Sir Henry Clinton - 1777
I normally pay no attention to miniatures. But the above portrait of British General Henry Clinton that I noticed in a book about America's War of Independence caught my eye. It's actually less than two inches (50cm) high, and painted by ace 18th century miniaturist John Smart (1739/40–1811).

What struck me was how persuasive a likeness it seems to be -- as compared to most portraits of any kind from that era. That Smart fellow knew his stuff and occasionally pulled off a truly exceptional job such as seen above.

Background regards Smart can be found here, here, and here. The last link mentions paper and vellum as supports, though their example is on ivory, as is the case for some of the miniatures shown below. 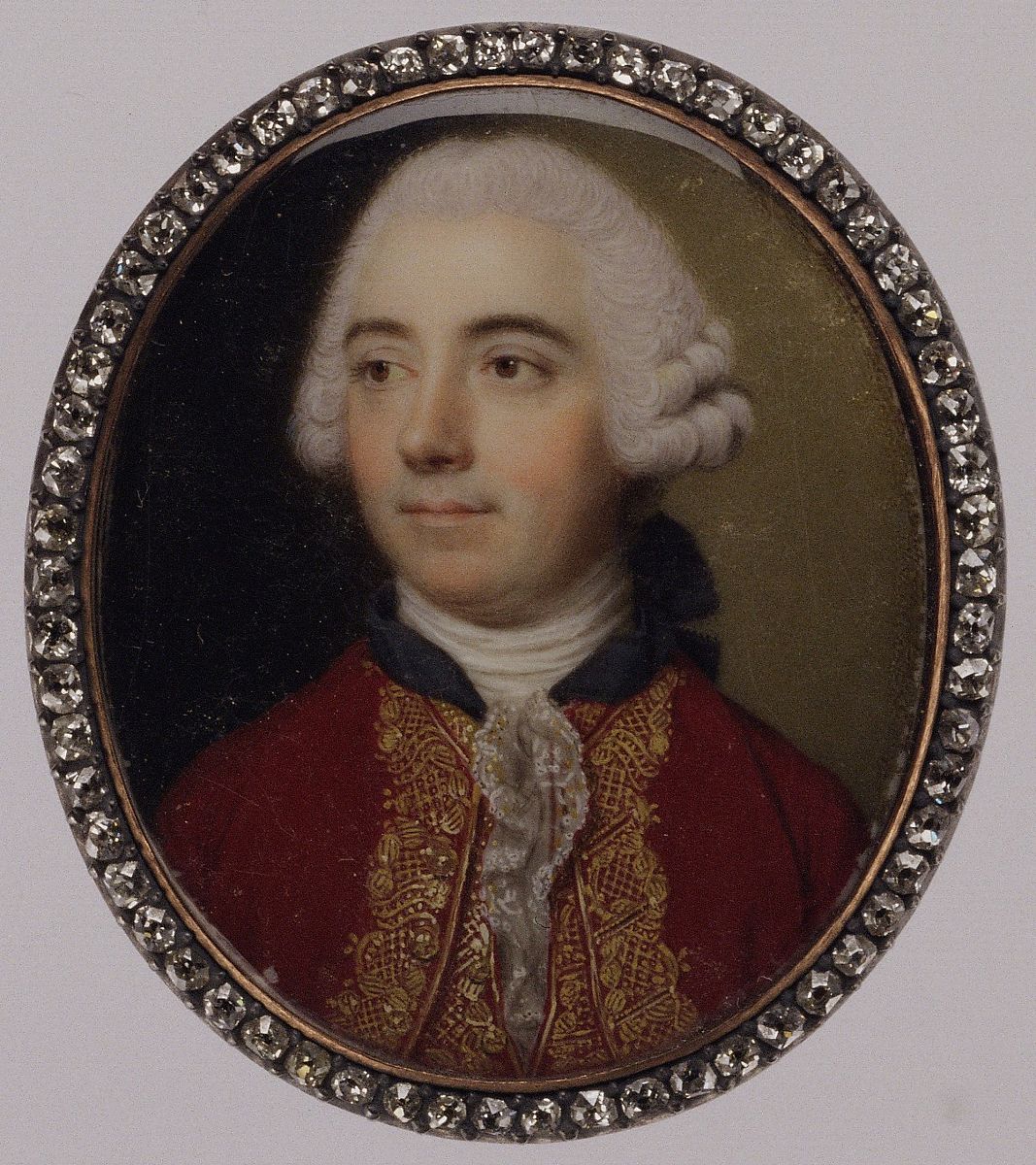 Sir William Hood - 1766
The earliest example I could find. 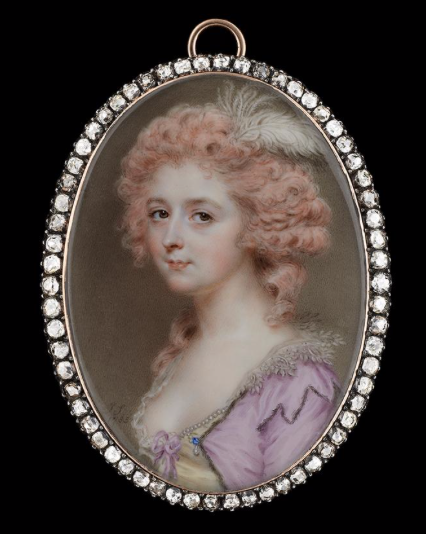 Young woman
Not dated.  Smart either had a tendency to depict subjects with small chins -- or maybe that's the way they actually appeared. 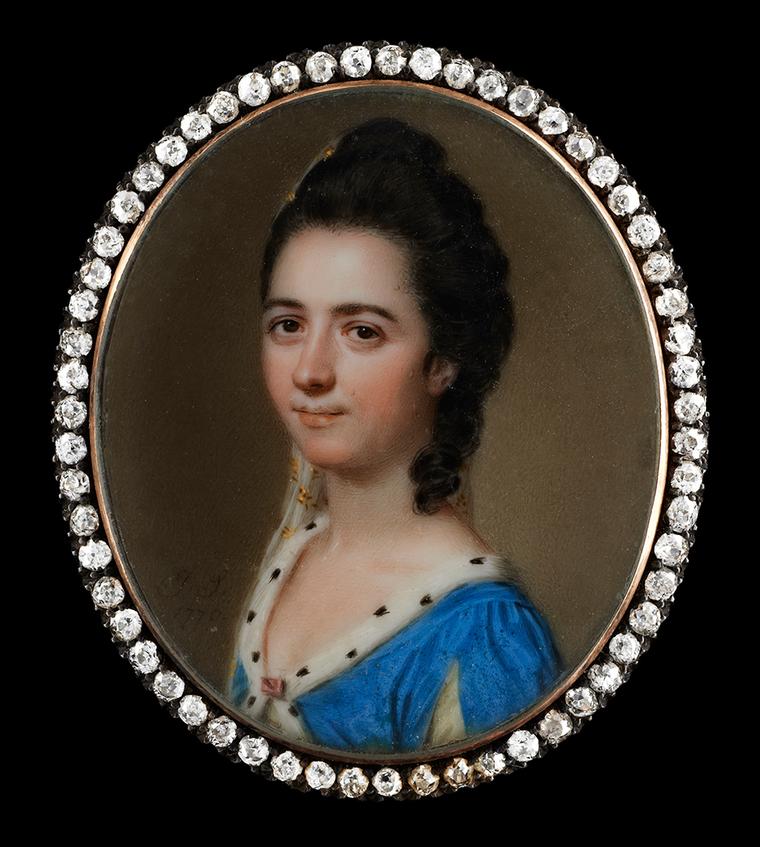 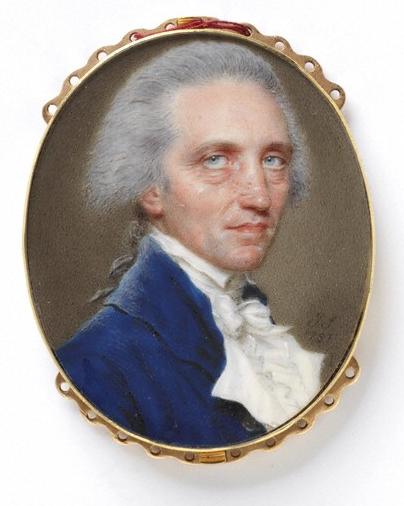 Member of the Talyer Family - 1787
Here Smart for some reason chose not to flatter. 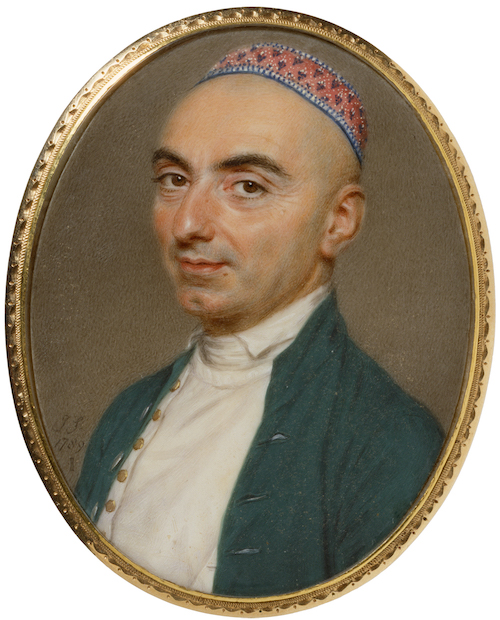 Portrait of "ER"
He spend a number of years in India, so this might be front that period. 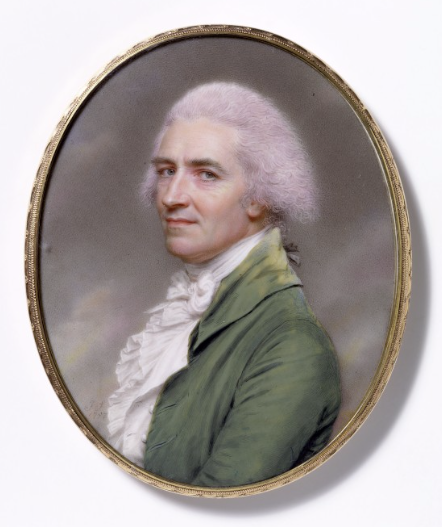