For more than a century a secular religion strongly held by many architects and designers is the idea that "form follows function," as mentioned in this link to Wikipedia.

The dean of the University of Washington architecture school, Arthur Herrman, was my instructor for a class on architectural history.  He was seriously hard-core when it came to form and function along with being true to one's building materials.  The following year I took first-year Architectural Design, where one student was gently, but firmly, told that his non-modernist apartment design was verbotten territory so far as the School of Architecture was concerned.

At that time I had been reading early books by American industrial designers (I was an ID major then). The goal of making designs where form was shaped by function was mentioned along with the need to streamline and simplify products.

I'm sure that this carried over to early automobile stylists, a number of whom had architectural backgrounds or had read some of those industrial design books.  Though I need to add that I am pretty sure most stylists then and later tended to not practice "form follows function" to the nth degree.

That said, not long ago a Fiat stylist proclained himself a follower of the religion. The above Wikipedia link includes the following quote:

"If the design of an automobile conforms to its function—for instance the Fiat Multipla's shape, which is partly due to the desire to sit six people in two rows—then its form is said to follow its function." -- Fiat Multipla designer Roberto Giolito, via Automotive News Europe 19 July 2019 (link here).

I posted about my dislike of the Fiat Multipla design here.  Even if Giolito was correct in his statement (which I dispute to some degree), the result was not attractive.

But enough theorizing: The present post presents examples of designs that are fairly pure followers of the dictum. 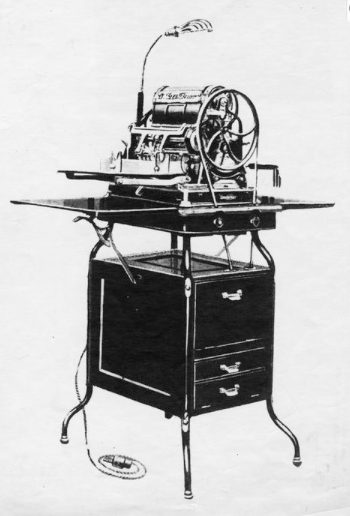 Gestetner duplicating machine - c.1929
The redesign of this device was important in launching Raymond Loewy's career as an industrial designer.  This is what a pre-Loewy machine looked like. 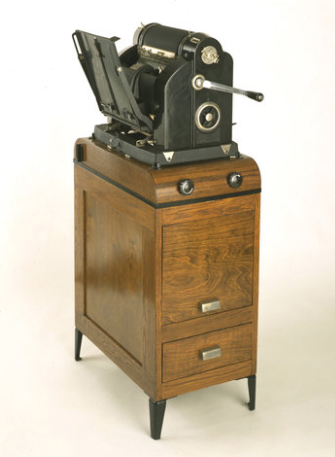 Gestetner duplicating machine - c.1930
And this is Loewy's version.  The functional parts are hidden by cladding that simplifies the appearance.  The main purely "functional" benefits are: (1) the machine is easier to operate, and (2) less dust will collect on the mechanisms, making it easier to maintain.

1926 Essex Coach
Now for automobile design.  Essex began making closed-body sedans of this style for the 1922 model year.  The car shown has a functional exterior design in that the main components are clearly seen: passenger compartment, doors and windows, radiator, headlights, bumper, fenders, running board.  However, the design seems awkward in terms of proportions -- especially the short hood that functionally houses a short, inline four cylinder motor. 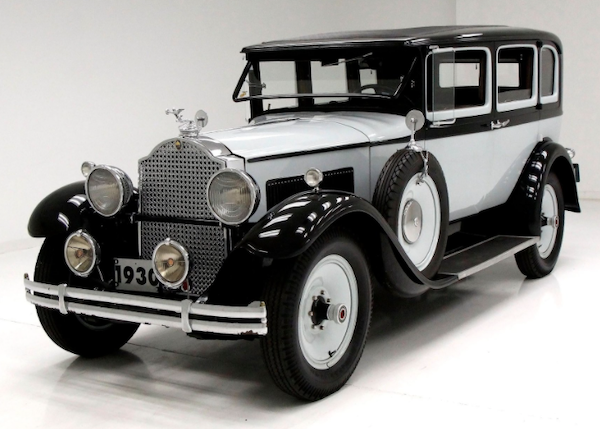 1930 Packard Standard Eight Sedan
A luxury car of similar vintage.  Its functionality is of the same ilk as the Essex's. 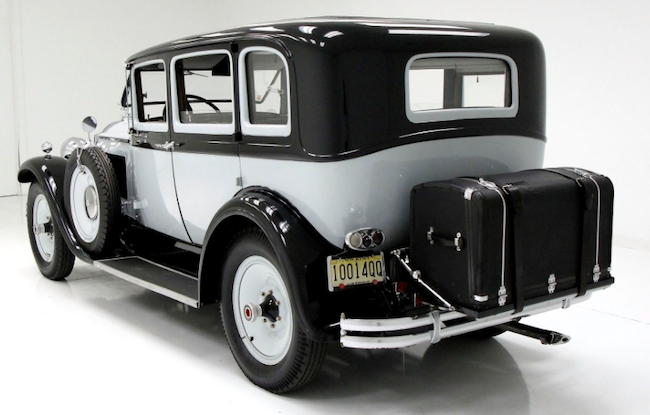 1930 Packard Standard Eight Sedan
Note the separate trunk.  Three are some decorative moldings below the windows that are non-functional in mechanical or layout terms. 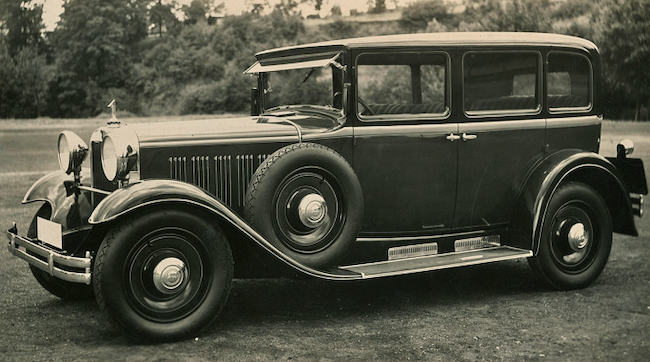 1930c Audi Type T "Dresden"
The same can be said for this European design from the country that hosted the avant-garde Bauhaus design school.

1933 Tatra 77 prototype
Another function is aerodynamic streamlining which is related to fuel consumption efficiency.  For this function to dominate, components such as were mentioned with regard to the Essex are now merged  into a wind tunnel tested envelope shape.  Here the front fenders are not well integrated and the hood seems too stubby.  But the car is fairly attractive.

1949 Nash
An American example of streamlining in the early post- World War 2 years.  The simple, slab sides cover what would have been wheel openings.  This streamlining contradicted the functional needs of easily accessing the tires and of a better turning radius.  The overall design seems too heavy looking.

1952 Saab 92
Saabs at the time were made by an aircraft company, so the body was wind tunnel tested.  This early Saab is attractive seen from this angle, though the back window seems to be placed too low.  Also, there is no trunk lid, making access quite inconvenient.  Two functional demerits there. 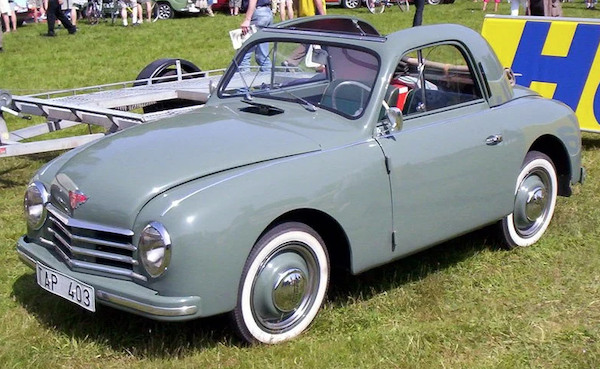 1951 Gutbrod Superior
Now for some designs that emphasize simplicity such as Loewy promoted.  The Gutbrod was a very small, inexpensive car.  Small cars can't carry much decoration, and the only decorative elements seen here are the simple grille bars and the nose crest.  All told, a fairly attractive design. 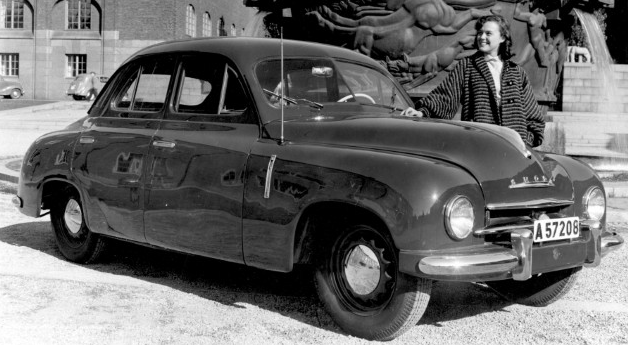 1952 Škoda 1200
This Škoda is larger than the Gutbrod, yet also has minimal decoration.  Although the exterior shapes are simple, they strike me as being awkwardly proportioned.

1947 Kaiser Special - Mecum Auction photo
Again, simplicity of forms is stressed, but like the later Škoda, the overall effect appears awkward.  Simplicity itself does not seem to guarantee aesthetic success.

1957 Imperial Southampton Coupe
Another function of an automobile's design is being salable.  That usually means that a car's looks are in tune with current design fashions and the functions discussed above are sublimated to marketing prowess.  The 1957 Imperial is shown here because this design let to the brand's greatest production volume year in its history.

1957 Imperial Southampton Coupe
Another view of this successful (in marketing terms) design.

Cross-posted at Car Style Critic
Posted by Donald Pittenger at 1:00 AM