Adolph Friedrich Erdmann von Menzel (1815-1905) -- the "von" bestowed late in his career -- was very popular in his day and honored by the Kaiser upon his death. These accolades were deserved, because Menzel was highly skilled, his drawings perhaps being more likable than his painted works.

His Wikipedia entry is here. It's fairly brief, but notes two interesting and likely related facts aside from mentioning that his formal art training was limited. One fact is that he was only about four and a half feet tall. The other is that while he enjoyed society, he was emotionally detached, especially so far as women were concerned.

Besides being very short, many of his works also were of small size, more a curiosity than a connection. Probably he was a natural miniaturist like Meissonier, Dalí and others. Below are some of his small-format works. 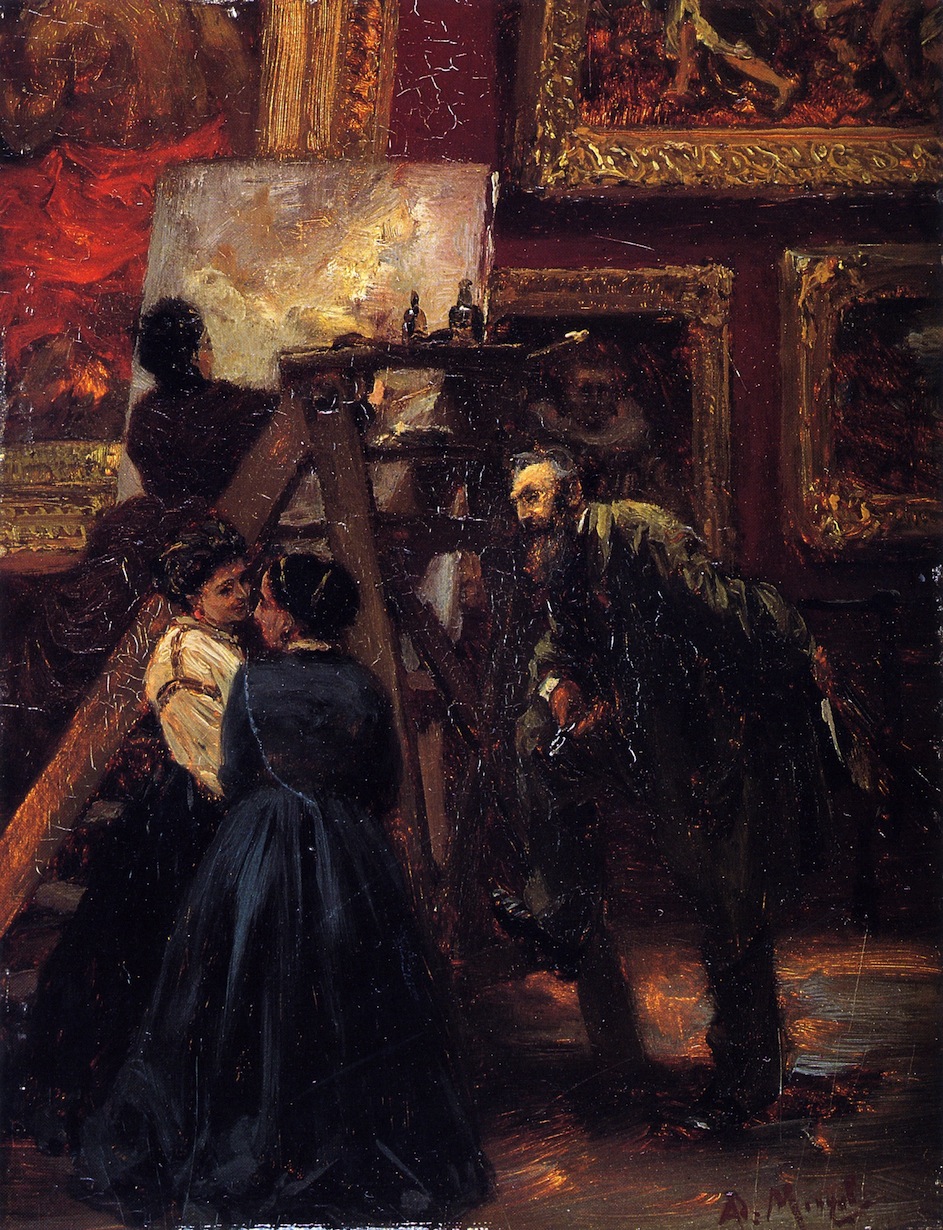 At the Louvre - 1867 (9.3 x 7.1 in.)
Hard to tell if this is a small study or a finished work just by looking at it. However, Menzel considered it finished because he signed it. 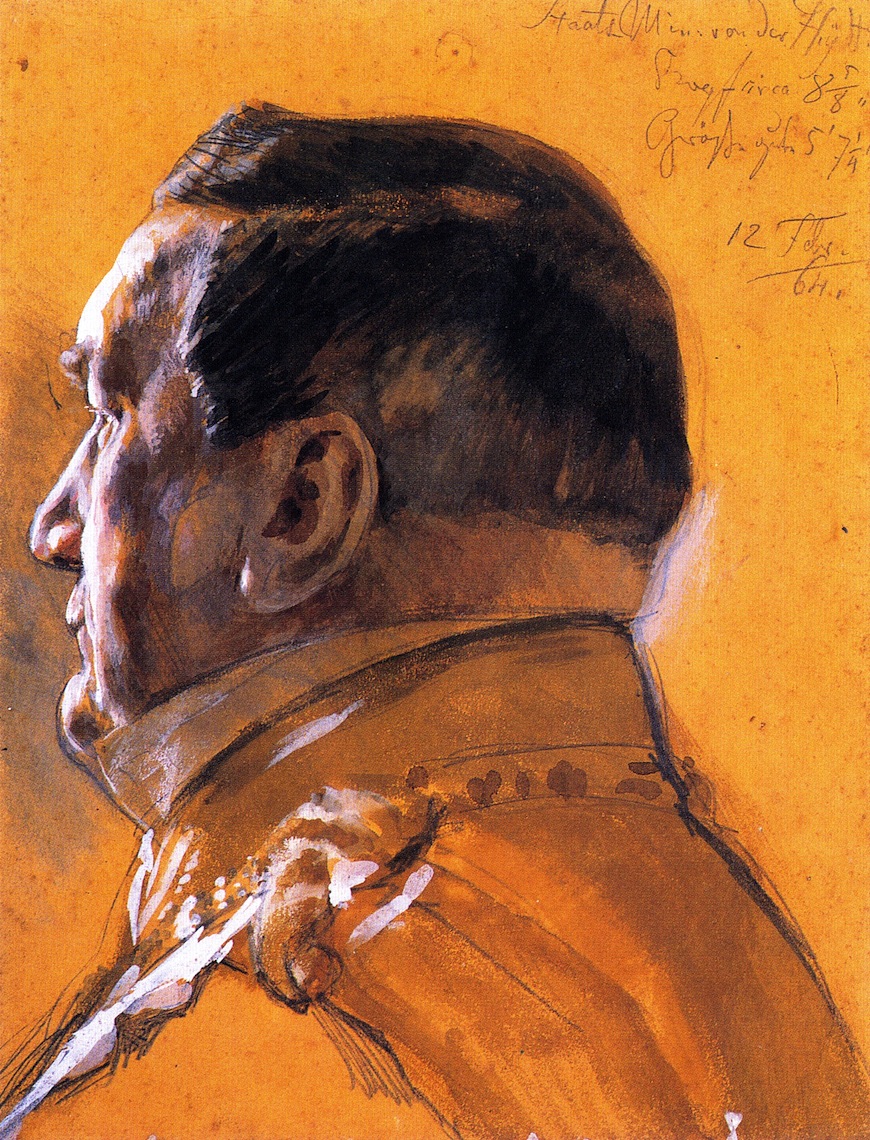 Baron von der Heydt, Minister of State - 1864 (11.65 x 8.8 in.)
Although the format is not large, the image is only slightly less than life-size, typical of most portraits. 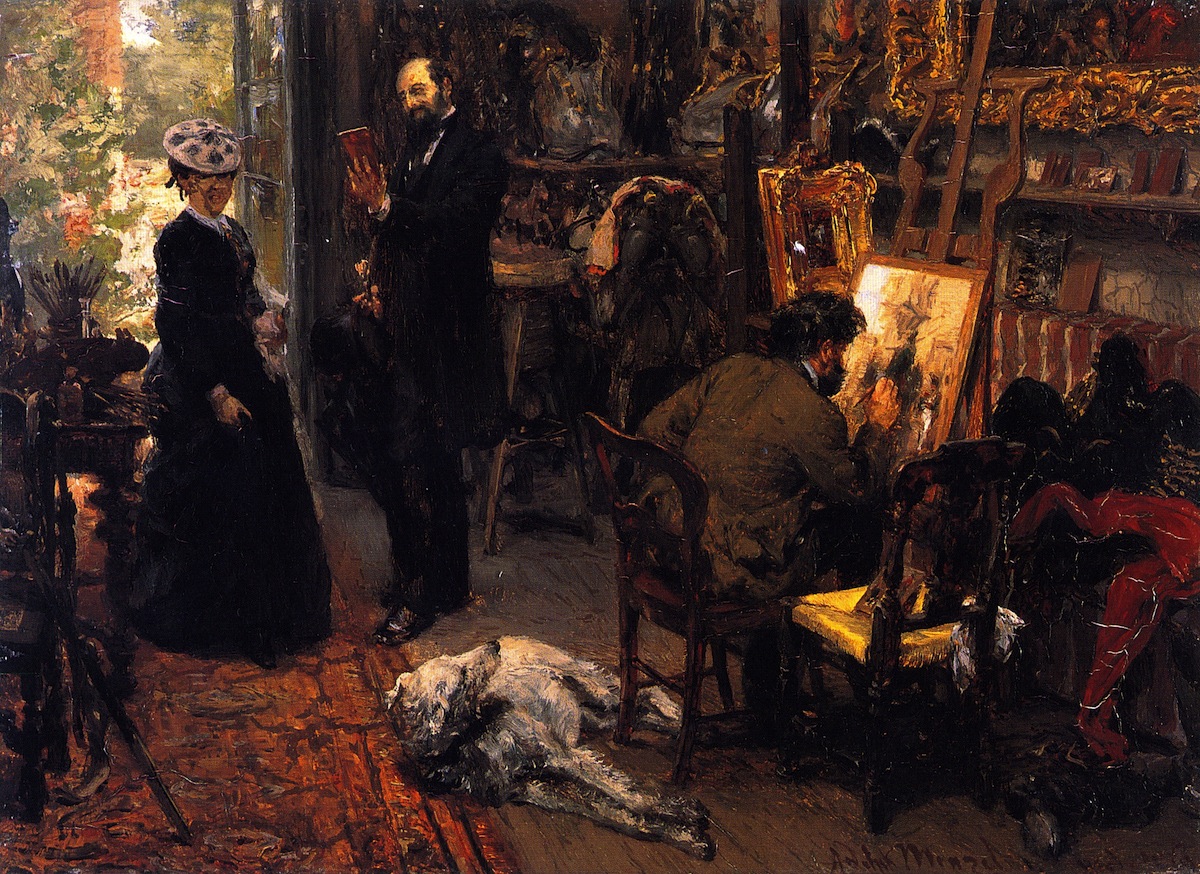 Meissonier in his Studio at Poissy - 1869 (9 x 11.5 in.)
Meissonier also liked to work small, though the painting seen at his easel is fairly normal-size. 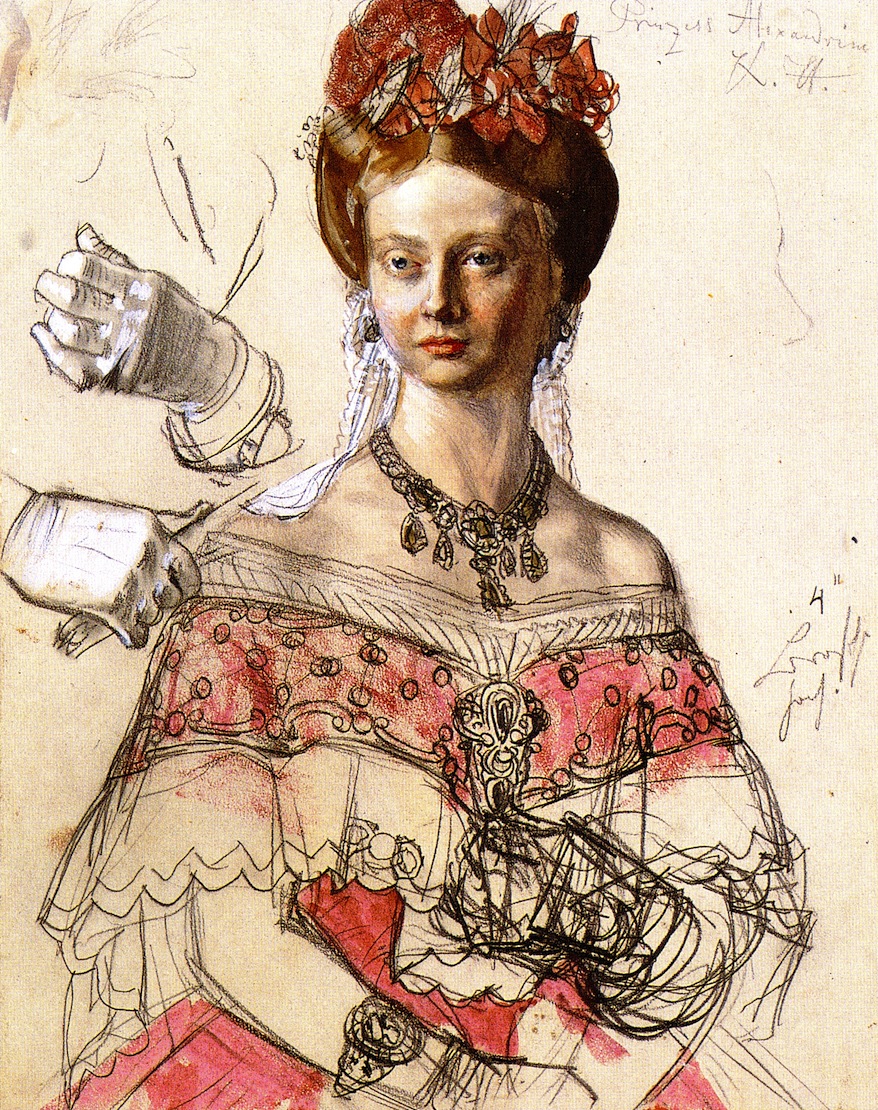 Soldier of the Prussian Landwehr and French Prisoners - 1871 (8.3 x 7.8 in.)
This is unfinished, though it seems odd that the left-hand 60 % is almost complete and all the remainder is roughly blocked in. 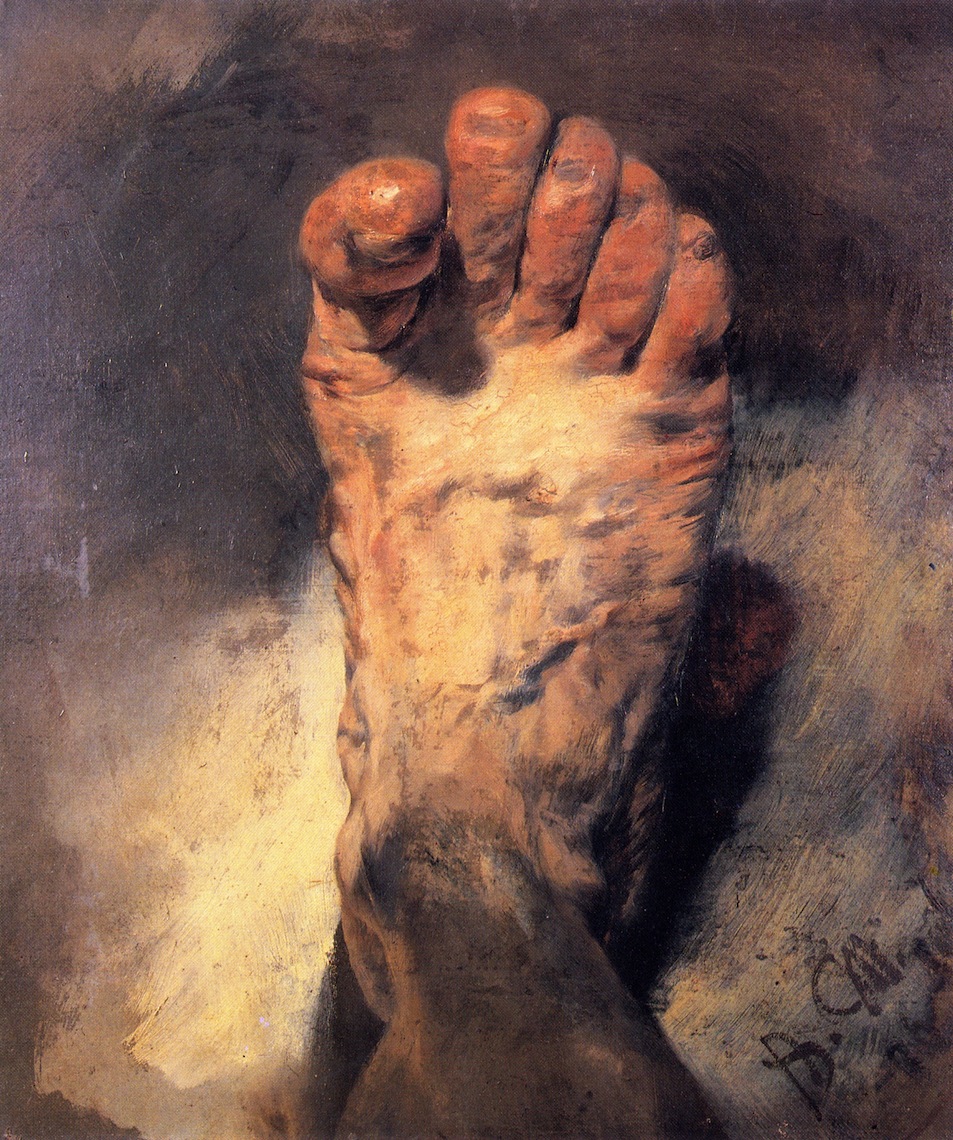 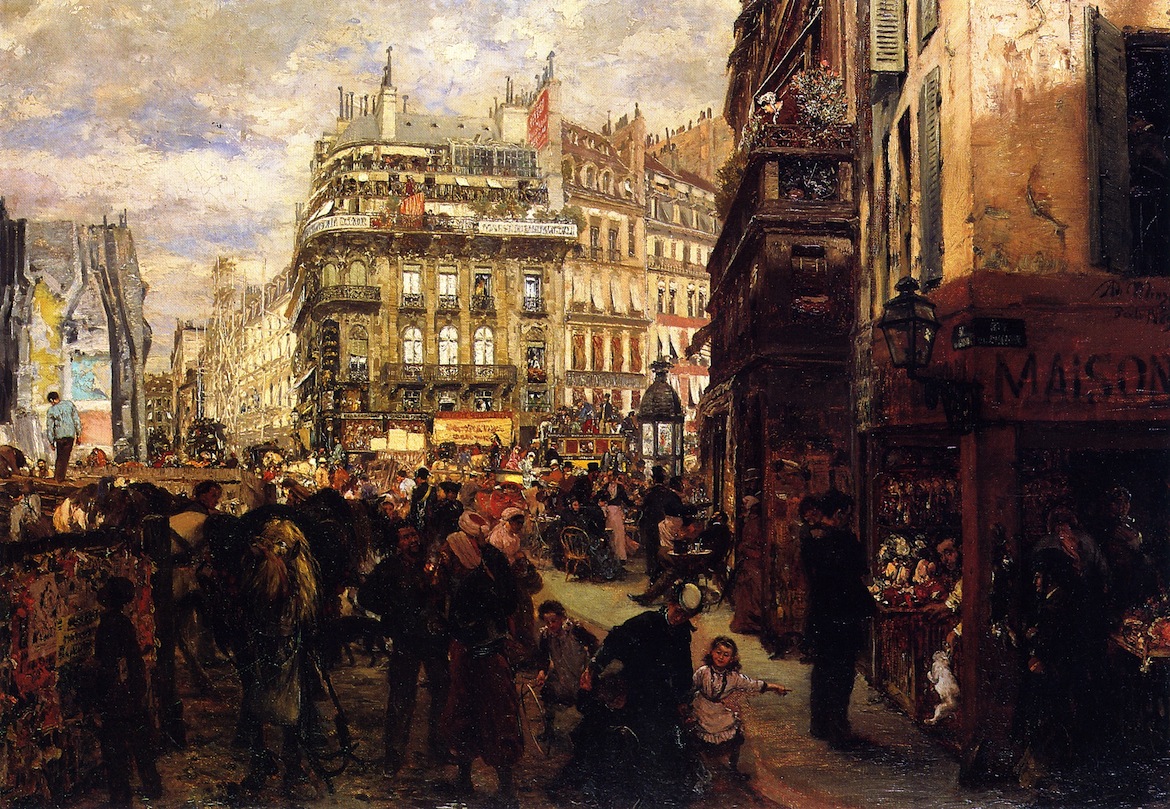