Alfred Émile Léopold Stevens (1823-1906) was a Belgian whose family was heavily involved in the arts, as this Wikipedia entry explains. Paris being a far more important art center than Brussels, Stevens went there for training and spent most of his long and largely successful career there.

He was in his late 40s and 50s when Impressionism came on the scene, though freely-brushed paintings had appeared before then. In any case, Stevens, whose favorite subjects were elegant women, was a painter quite capable of working in both tight and free styles. I hadn't given this any though until I noticed the following painting on the Internet. 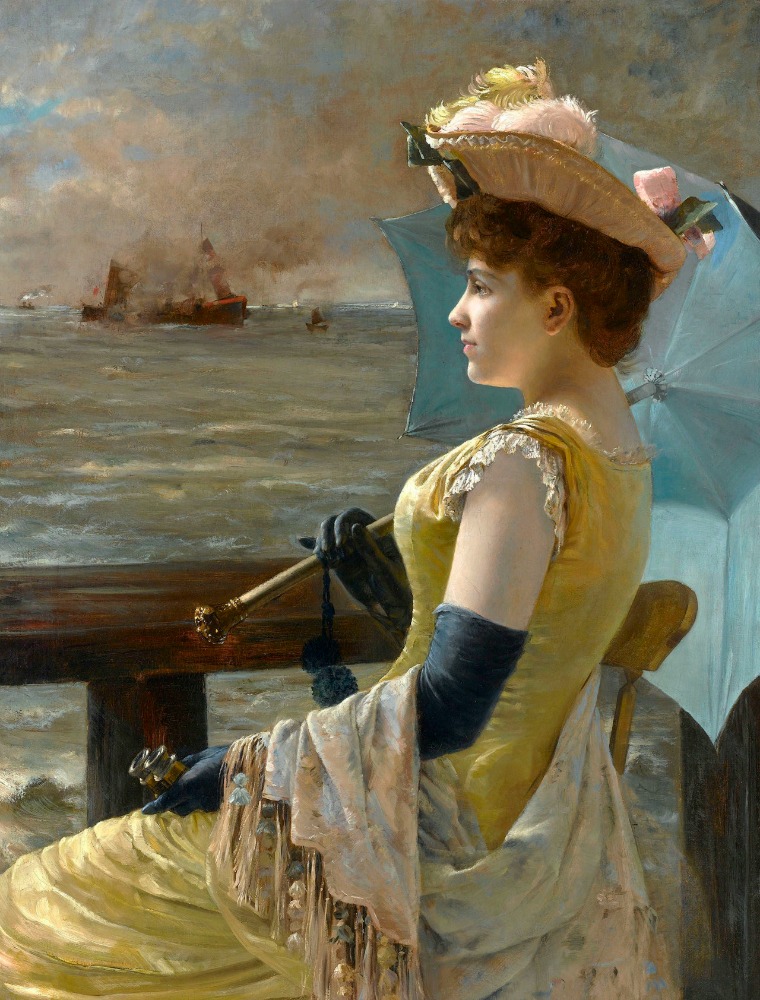 Looking Out To Sea - ca. 1890
The women is painted in a tight, "finished" manner, whereas the seascape in the background is painted in a free, almost-Impressionist style with a late-Turner feel. The only date for it that I could find had it painted around 1890. I'll assume that is so, for now. The images below are of some paintings he did in various styles earlier in his career that, if the 1890 date is about right, indicate a path to its achievement. 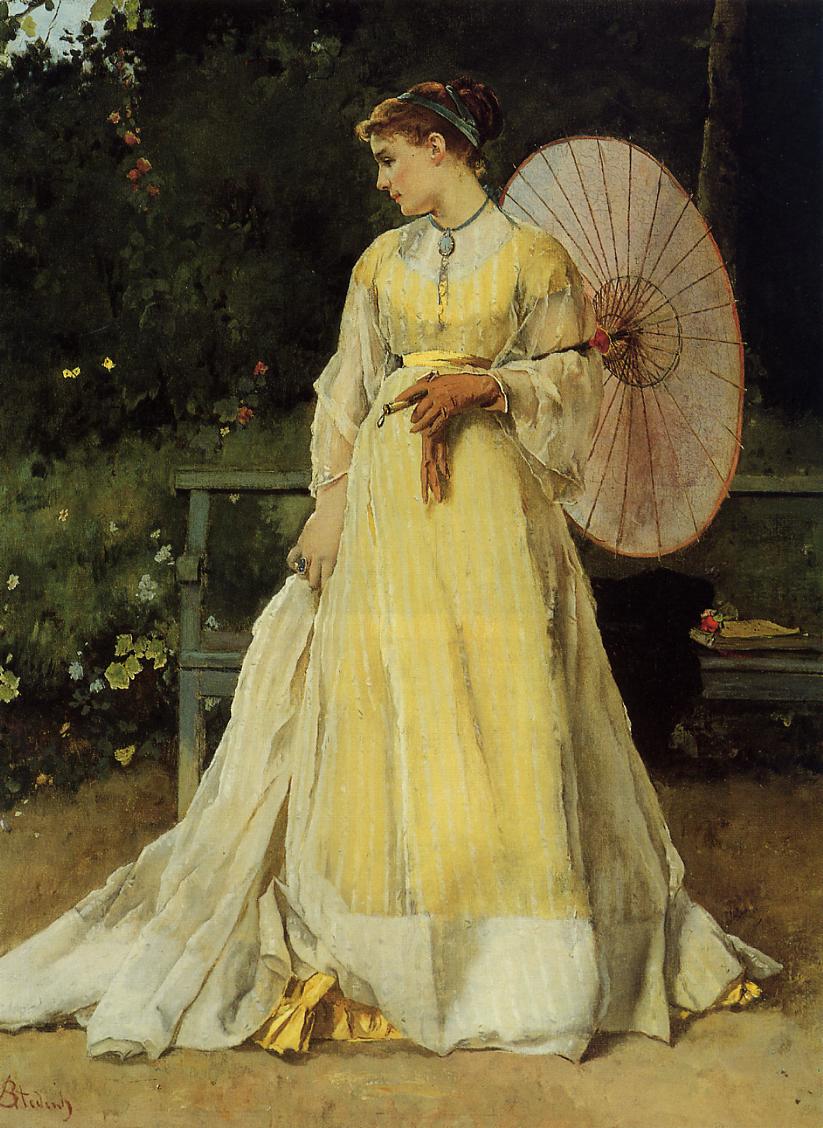 In the Country - c. 1867
Stevens was in his early 40s when he did this. The woodsy background is dark, but not painted very tightly, as is so for the foreground subject. 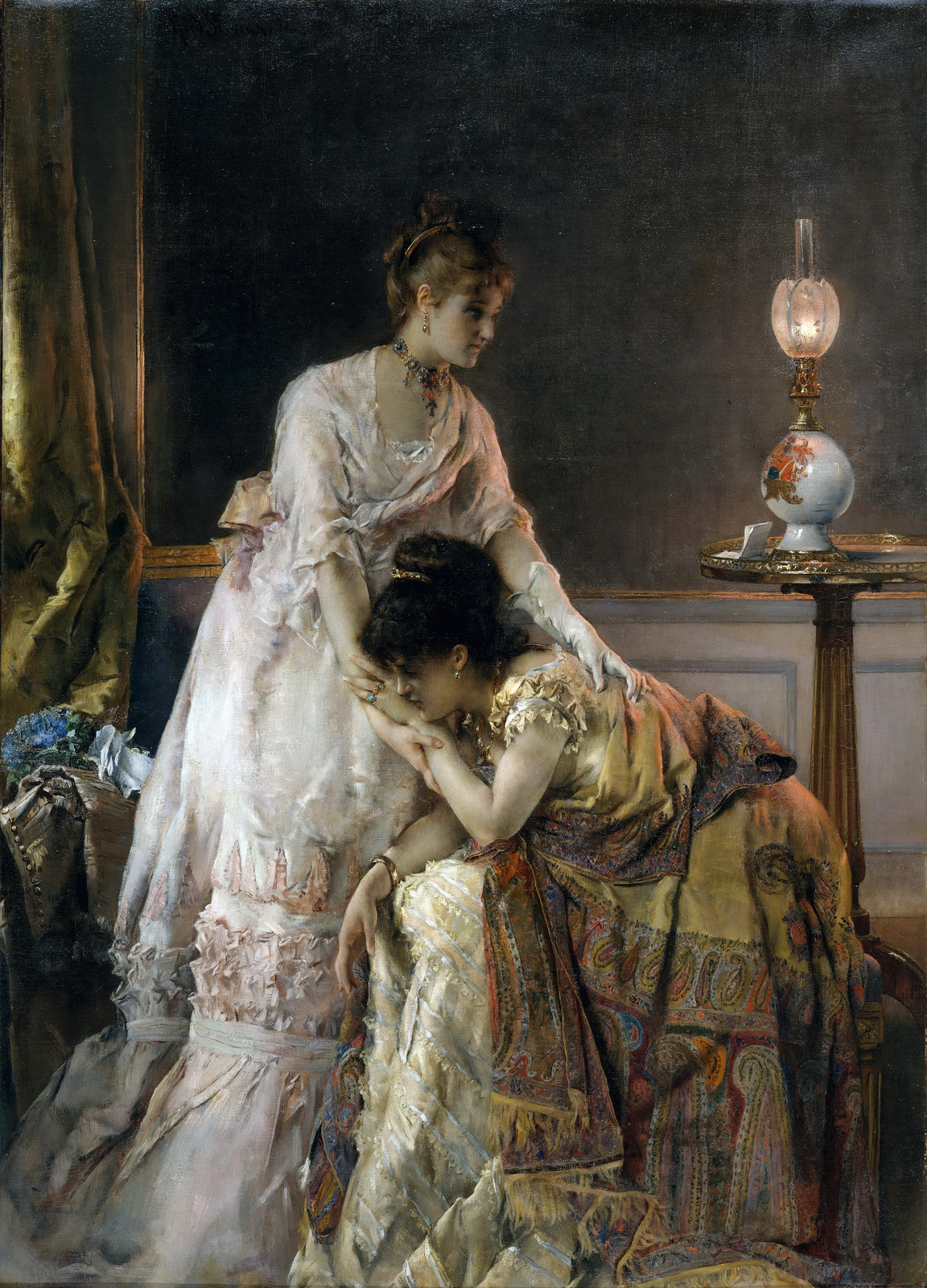 After the Ball (Confidence) - 1874
An interior scene painted when Stevens was about 50. Tightly done: notice the fabric detail on the dresses. 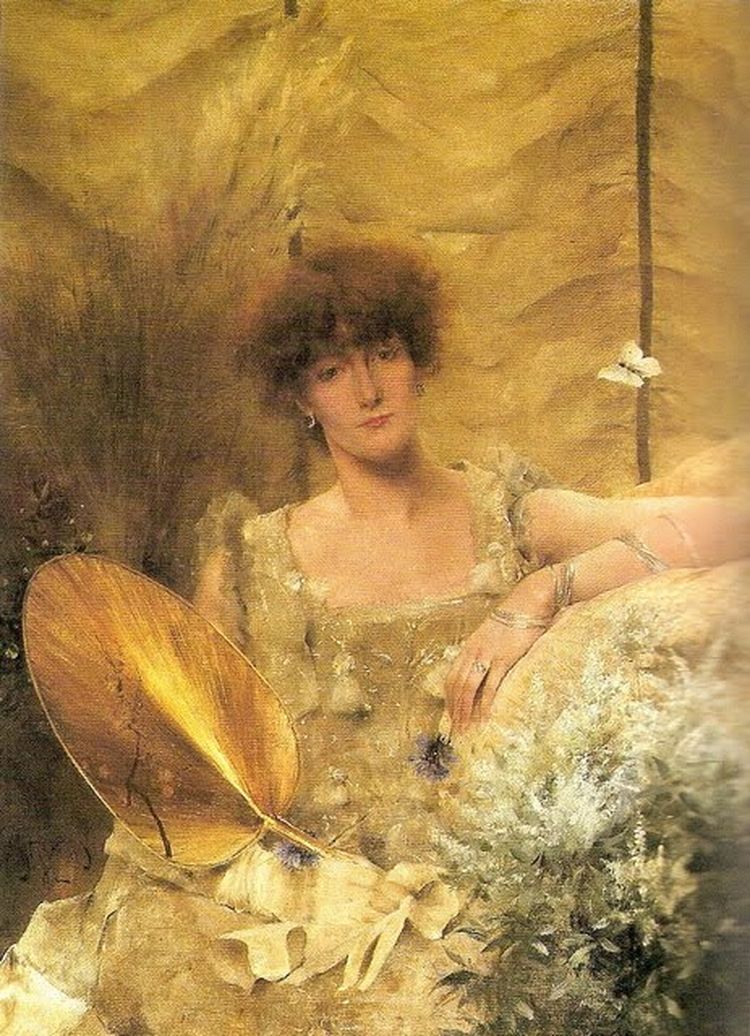 Sarah Bernhardt - 1882
The famed actress took painting lessons from Stevens when he was in his early 60s. In return, he painted her several times. Here most of it is painted in a rather feathery brush style, sharpened here and there. Interestingly, the more tightly-painted fan seems more the main subject rather than Bernhardt's face. (But yes, we are still drawn to her eyes.) 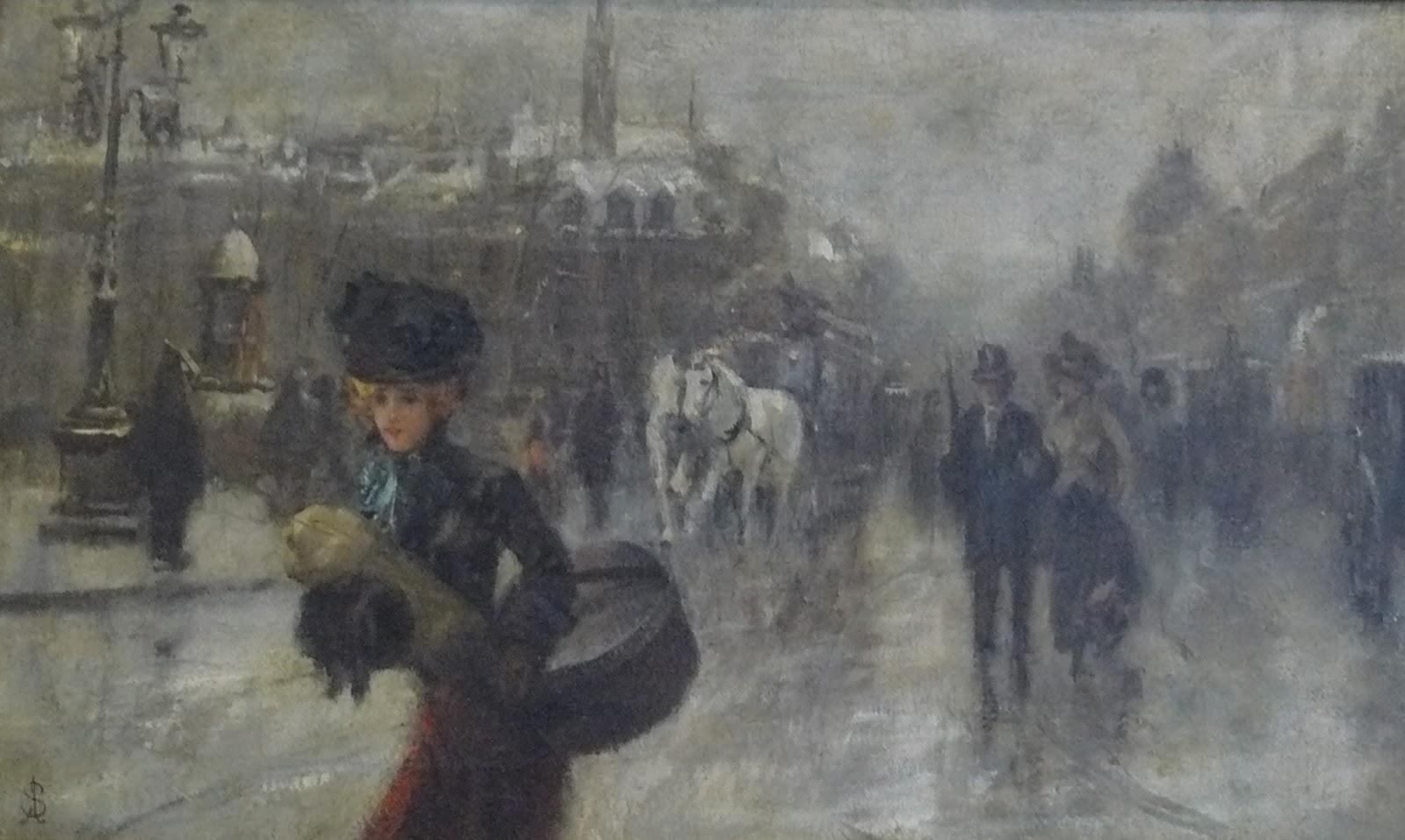 Elegant on the Boulevards - 1888
This is done in a free, almost sketchy manner. Something like the sea background in the first painting.

The contrast between the woman and the scene is so striking in "Looking out to sea" I love it.