Anne Harriet Fish Sifton (1890-1964), is best known as "Fish" -- that's her maiden name and how she usually signed her cartoons and illustrations. She was English, but well known in the United States due to her cover art and cartoons in Vanity Fair magazine. Biographical information is sketchy, but various bits of information can be found here, here and here.

Her style included considerable simplification and exaggeration of the human form, but in the interests of overall image design and emphasizing her witty take on high society with its all-too-human undertones. It's interesting that this style that strikes us today as being very 1920s was actually present by around 1915.

Some images below are copyrighted by Condé Nast publications; it seems they will be happy to sell you prints of Vanity Fair covers by Fish. 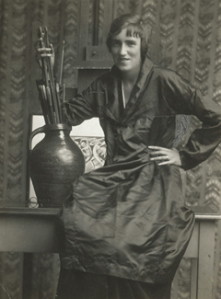 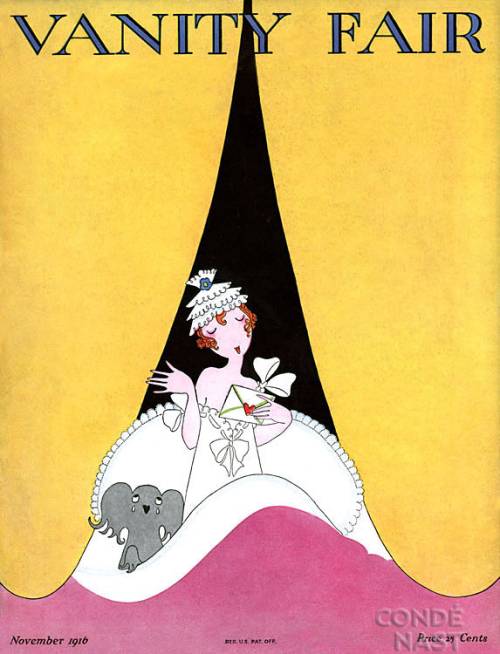 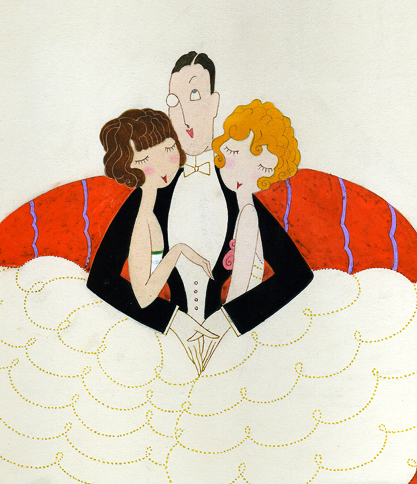 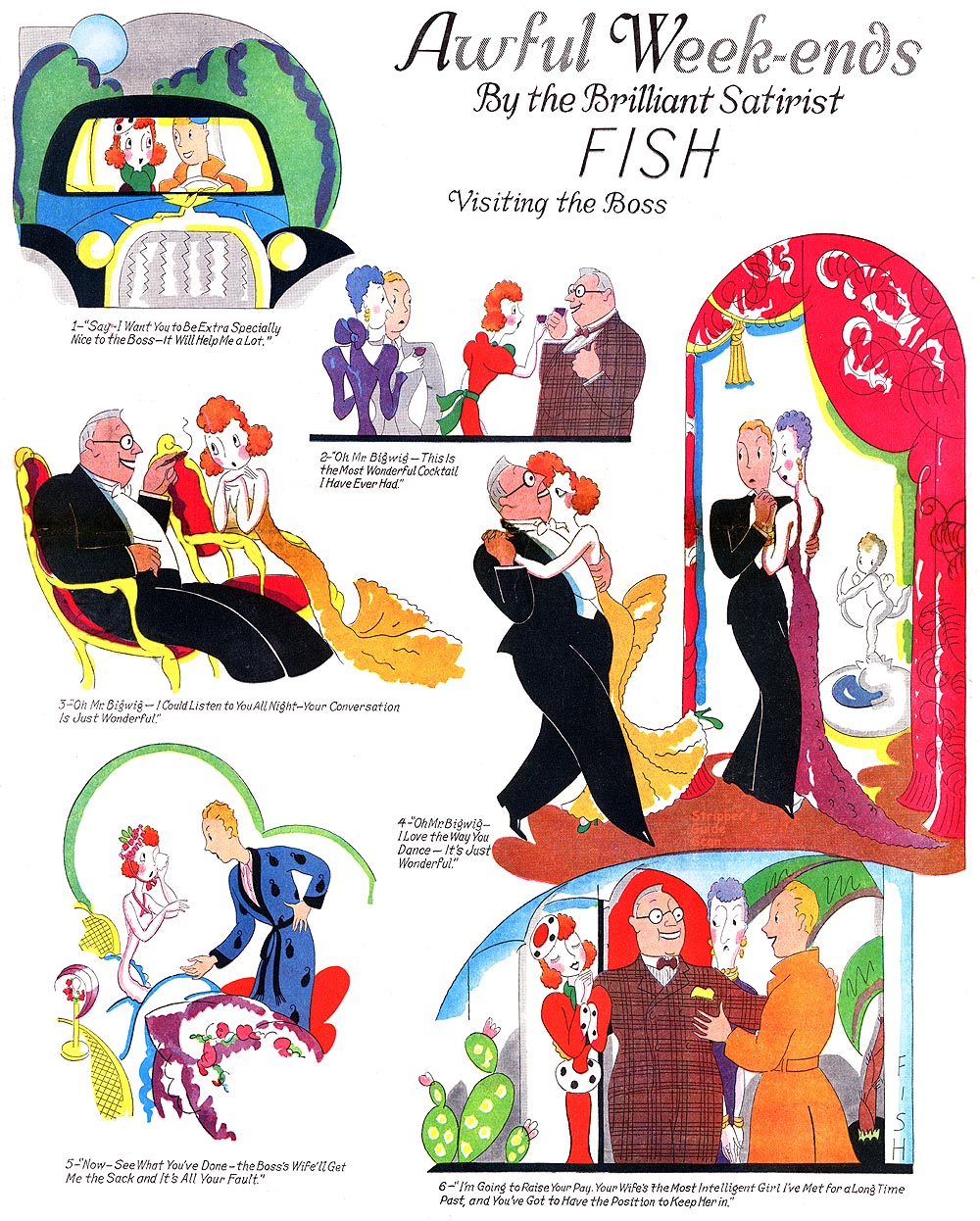 Awful Weekends (part of a series)
Click to enlarge so that captions can be read. 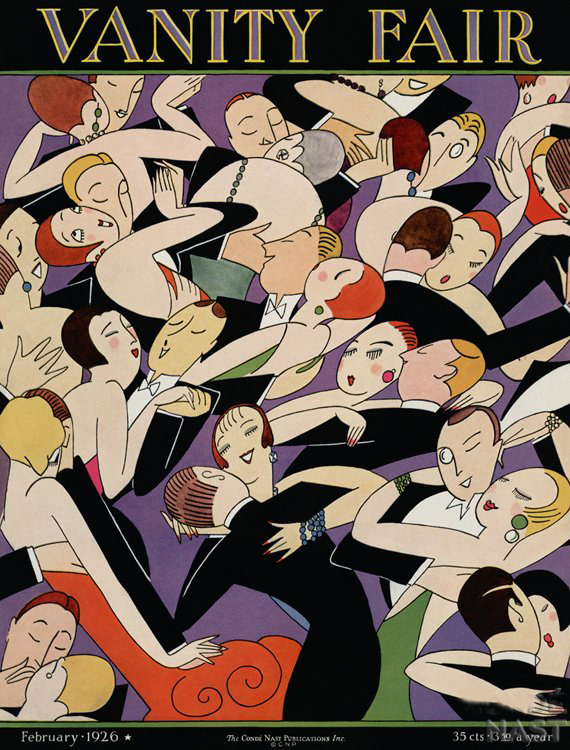 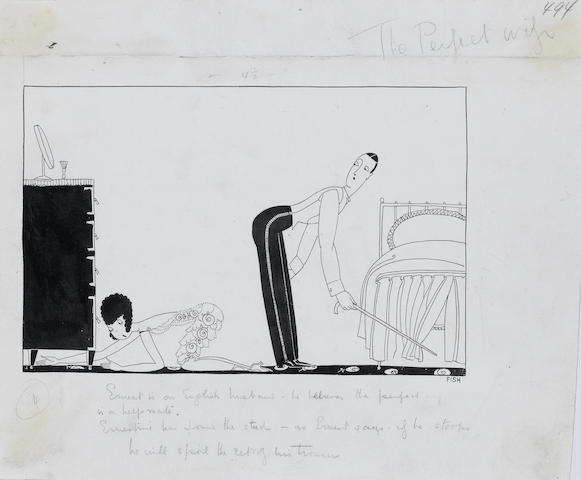 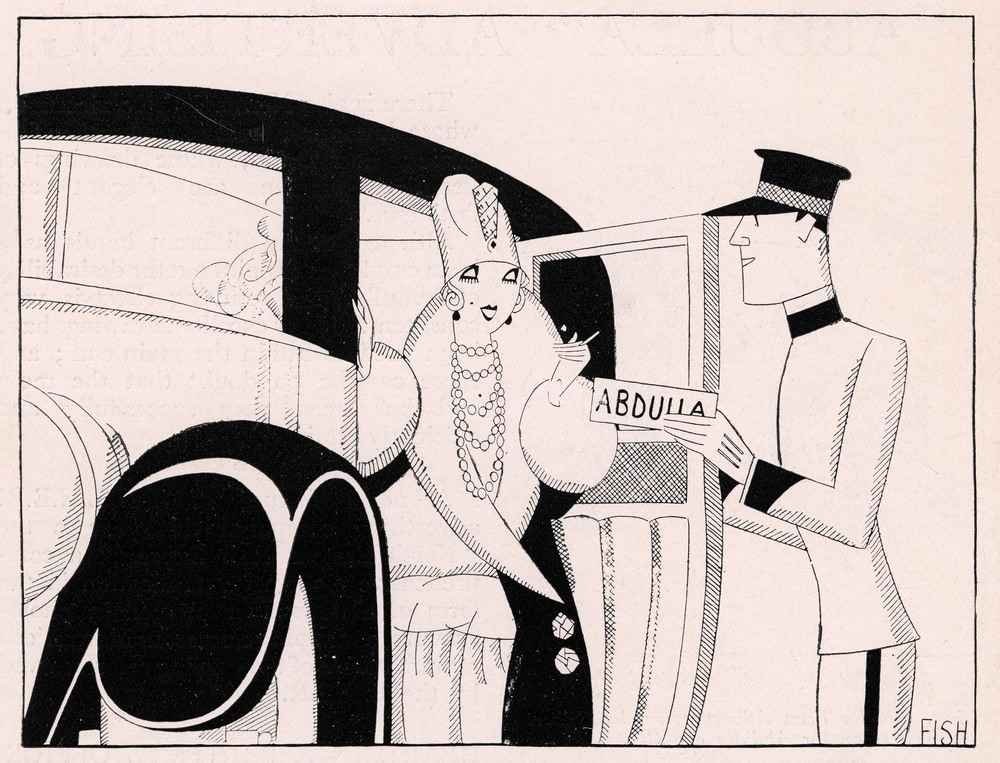