Gustav Klimt's Houses at Unterach on the Attersee 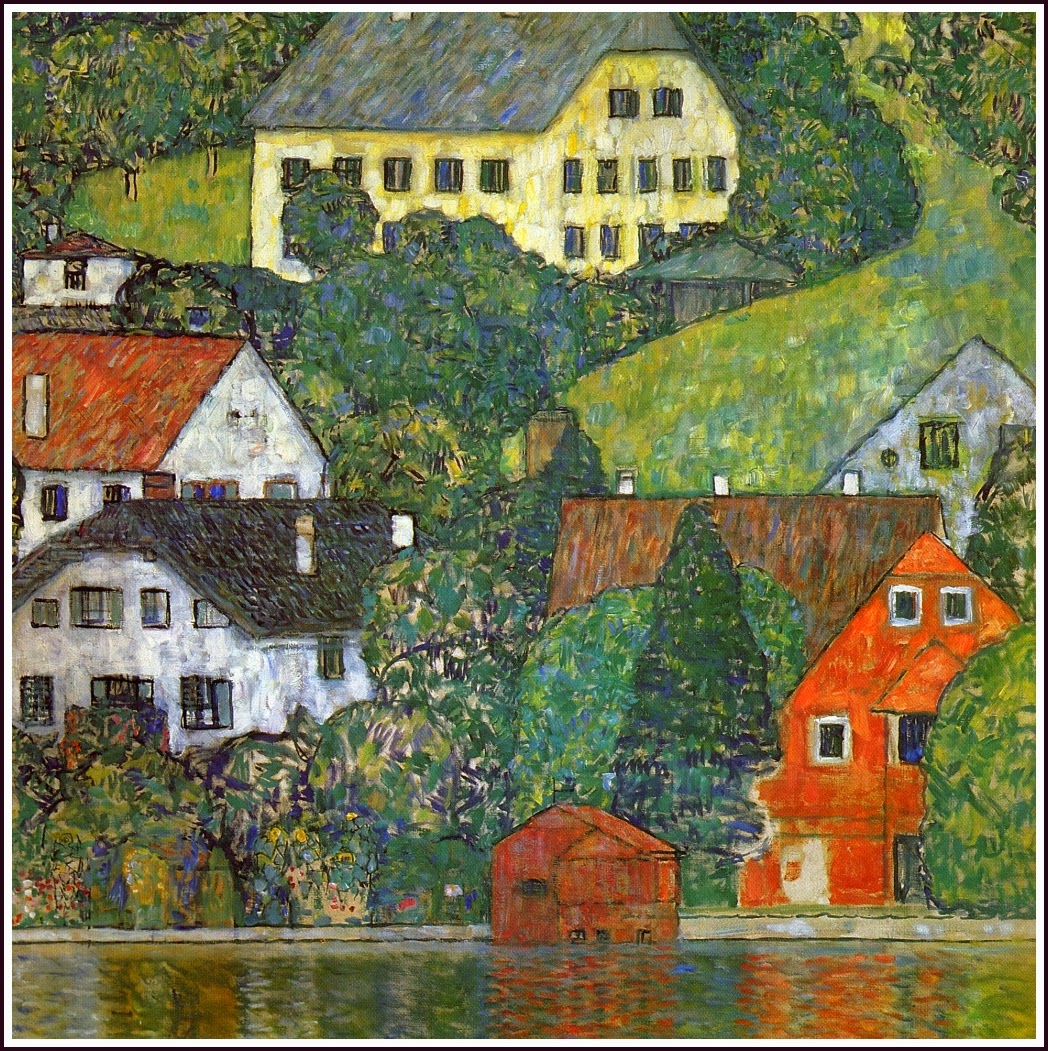 The painting shown above is Häuser in Unterach am Attersee (Houses at Unterach on the Attersee) painted around 1916 by Gustav Klimt (1862-1918). He often summered in the Austrian lake district even while the Great War was raging  It has been theorized that Klimt used a telescope for this view; the perspective certainly is flattened in the manner of a telephoto lens image. Biographical information on Klimt can be found here.

The approximately meter-square painting was auctioned at Christies in New York City on 8 November 2006. The pre-auction estimate was $18-25 million, but it sold for $31,376,000.

It was one of a group of Klimt paintings owned by the Bloch-Bauer family that were confiscated by the Nazis following the 1938 Anschluss. After the war they were in the hands of the Austrian government and displayed in Vienna's Belvedere where I saw some in the late 1990s. A descendent of the family sued for their return, and eventually succeeded. Thereafter, they were sold, as mentioned here (scroll down).

The last time we were in Vienna, my wife and I stopped by the Österreichische Werkstätten (Austrian Workshops), Kärntner Strasse 6, 1010 Wien, Österreich and spotted serigraphs of the painting. We decided to buy one the next day, but by then the rolled-up version had been sold and what remained was the serigraph attached to a stretcher. The cost of shipping it to Seattle was about the same as that of the serigraph itself, so I later wrapped it and it managed to survive the air trip home. It was properly framed and now hangs over our fireplace.
Posted by Donald Pittenger at 1:00 AM

I had no idea that a] the Bloch Bauer families loved landscapes (as well as portraits) and b] that this landscape was one of the stolen Klimt paintings once owned by the Bloch-Bauer family. It is gorgeously coloured, but it wouldn't have struck me as particularly degenerate, even as far back as the 1938 Anschluss.