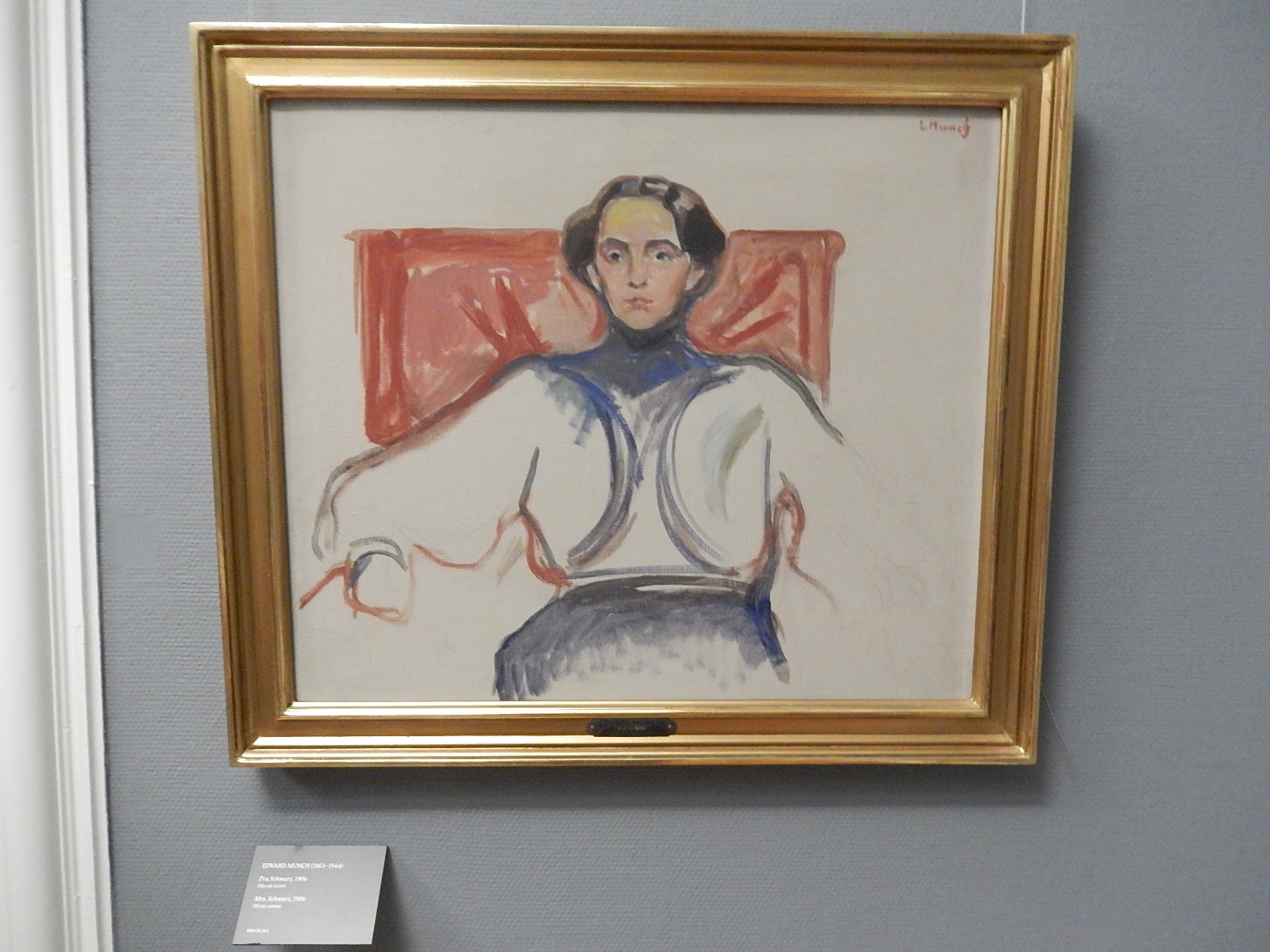 In July I was working my way through the Edvard Munch (1863-1944) portion of the Rasmus Meyer collection at the Bergen, Norway Kunstmuseet when I noticed the painting that I then immediately photographed (see above). It is a portrait study of Mrs. (Fru in Norwegian, Frau in German) Helene Schwarz, made in 1906 when Munch was in Berlin.

I am ambivalent regarding Munch, who I wrote about here. I'm not fond of most of his work, but acknowledge that he was capable of drawing and painting in reasonable and interesting ways at times -- mostly early in his career. I consider his Schwarz series among his better efforts.

He made at least three versions of Mrs. Schwarz that survive, all done in 1906; they are shown below. But it wasn't until 2013 that the identity of Mrs. Schwarz was provisionally found. The account is here. It seems that Helene Schwarz was the wife of Georg Schwarz, a consultant to the Cassirer art gallery in Berlin. Before marrying him, she served as a companion to Ernst and Toni Cassirer. It also seems that Georg wanted to buy the final painting, but Munch refused the offer and eventually sold it in Norway. 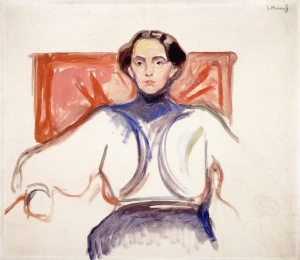 An image of the above portrait study found at the The Athenaeum website (scroll down). 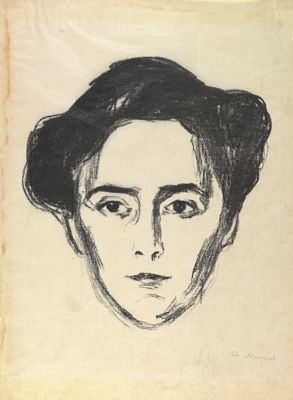 A drawing or lithographic print of Mrs. Schwarz. 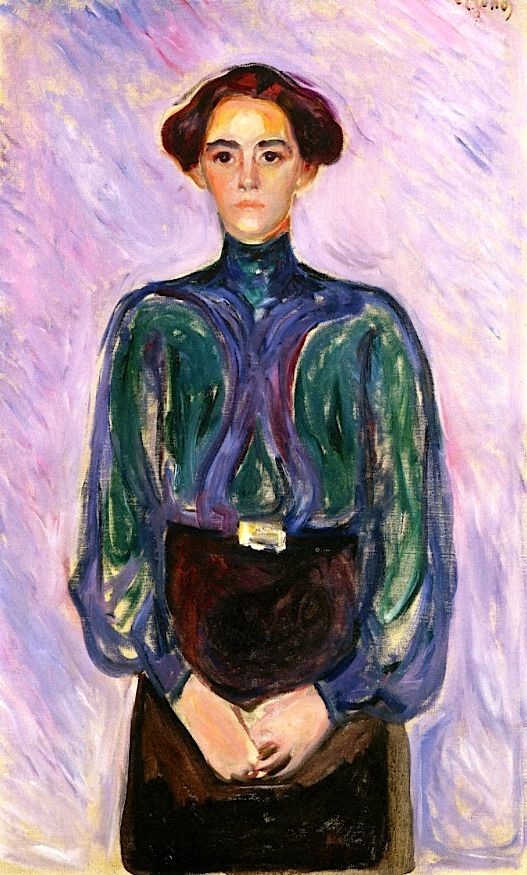 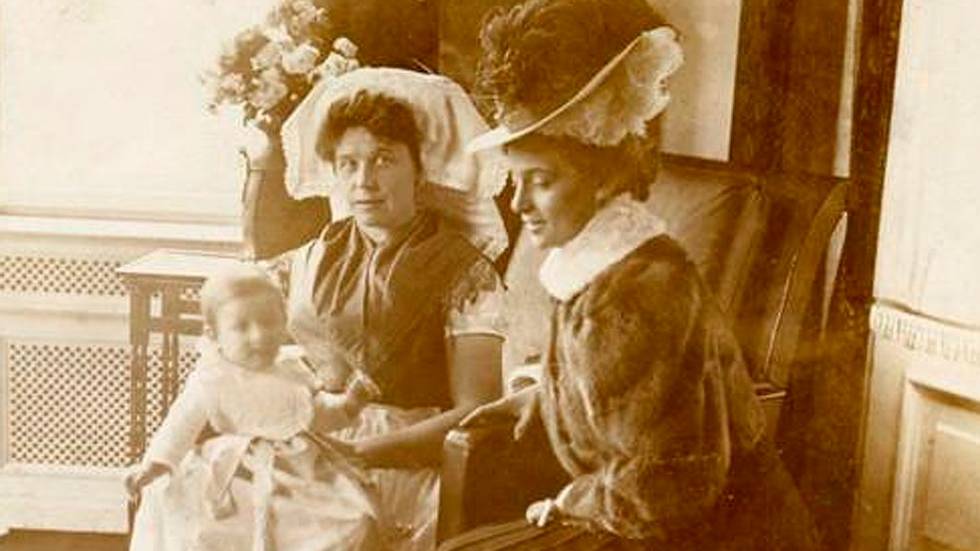 A photograph of Mrs. Schwarz (at right) with her son Andreas and perhaps a nanny.

What a fortunate woman. Since Helene was a companion to Ernst and Toni Cassirer in her own right, she must have come from a culturally well positioned of her own. Then becoming the wife of Georg Schwarz, a consultant to the Cassirer art gallery in Berlin, put her in an even better position in culturally dominant Berlin.

Do we know Helene's single name?