Note: I drafted this on 13 June for later posting. Now it turns out Illustration Magazine's just-released Issue No. 49 has a large article on John Newton Howitt. Below is what I wrote in June regarding Howitt.


* * * * *
John Newton Howitt (1885-1958) is an illustrator not widely known these days. But I'd place him in the "successful" category because he made the American illustration Big Time by doing occasional cover art for the Saturday Evening Post, the leading general-interest magazine in his time.

A reasonably detailed biographical sketch can be found here, a Web site devoted to illustrators working for "pulp" magazines. Printed on cheap, pulp (thick, with rough surfaces) paper, they flourished during the Great Depression of the 1930s specializing in fiction topics such as crime, science-fiction, cowboys, romance, terror, adventure and such.

So what was an illustrator for "slick" (smooth, quality paper) magazines such as the Post doing in the pulp field? He was trying to maintain his livelihood during the Depression, and the pulp market was doing well thanks to escapist subjects and cheap news stand prices. Some better-known illustrators such as Tom Lovell and Walter Baumhofer got their start in pulps, eventually graduating to the slicks. So Howitt was an exception, doing slicks work before and after the Depression and pulps and the occasional slick during those trying years.

Howitt signed his Fine Art and slicks illustrations with his full name. His pulp work either wasn't signed at all or else he simply used the initial "H" to identify it. Apparently many of the originals of his pulp work were destroyed. One source stated the Howitt himself did it, another claims it was his wife. 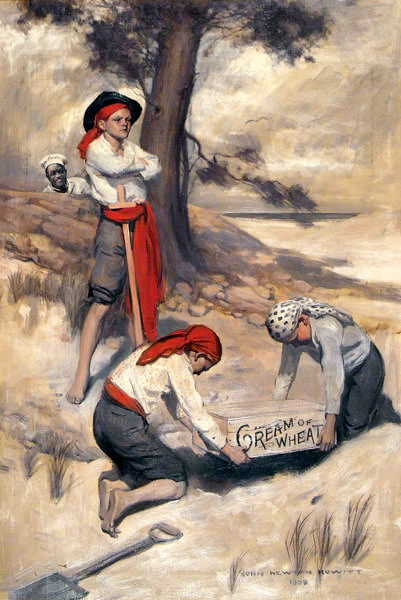 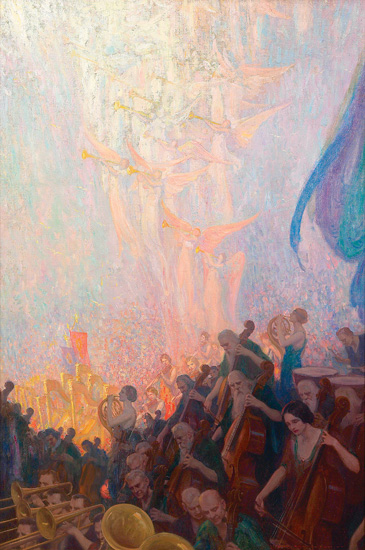 The Symphony - ca. 1925
This might be a Fine Arts painting, but could just as well be art for advertising radios. 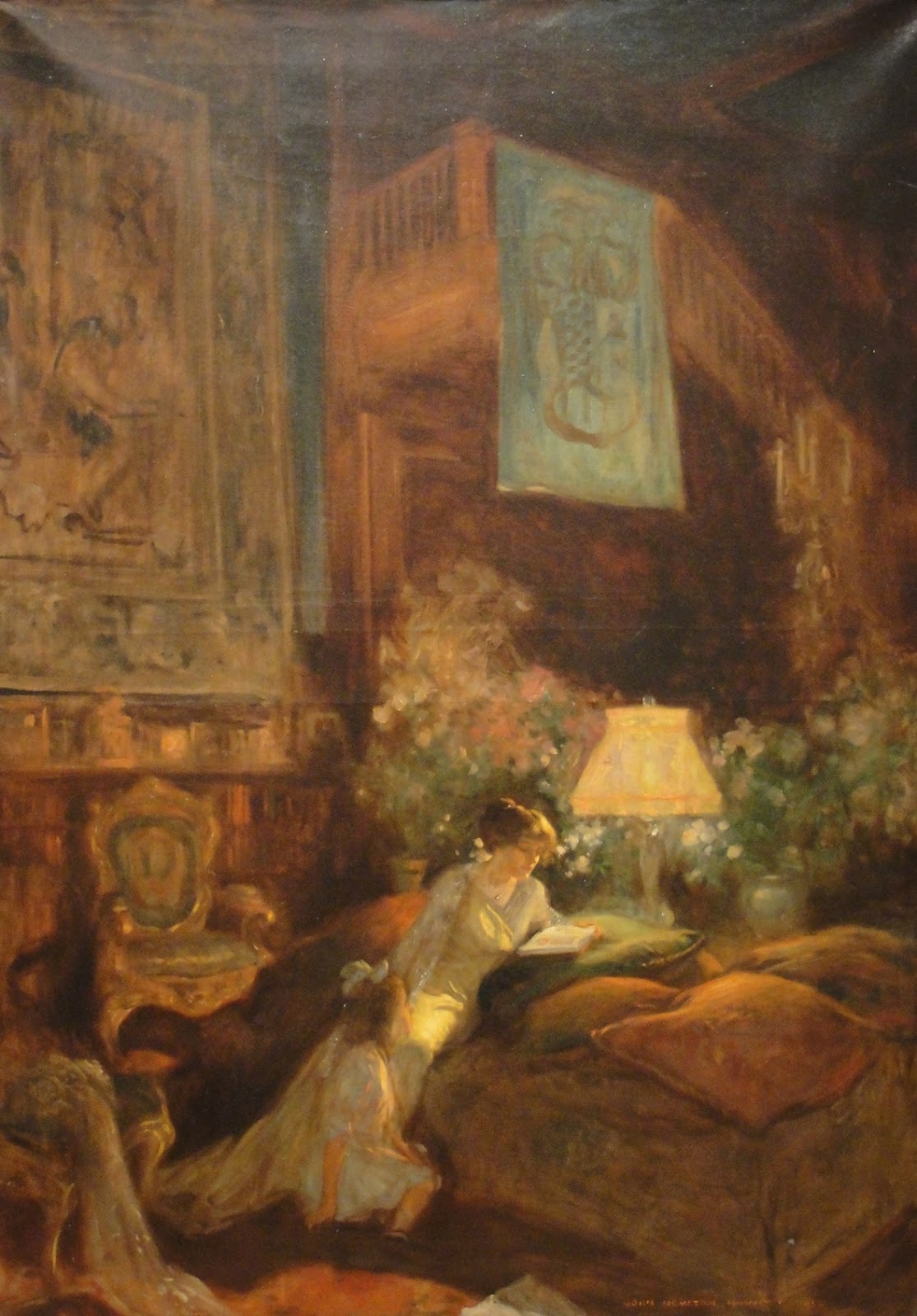 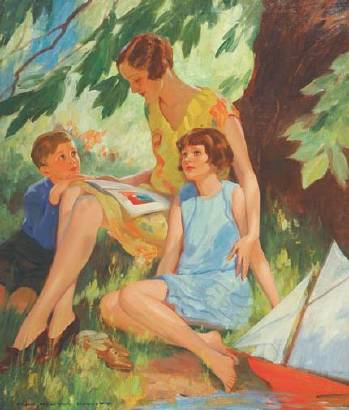 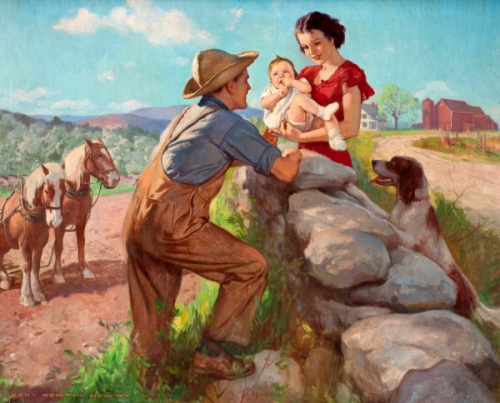 Farm family - probably an illustration from the 1930s 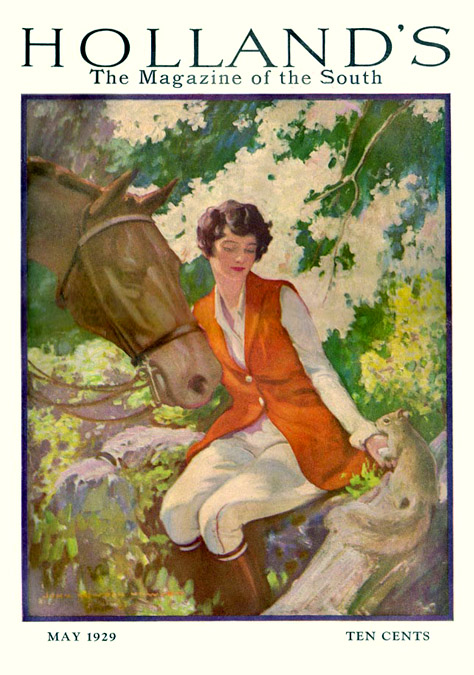 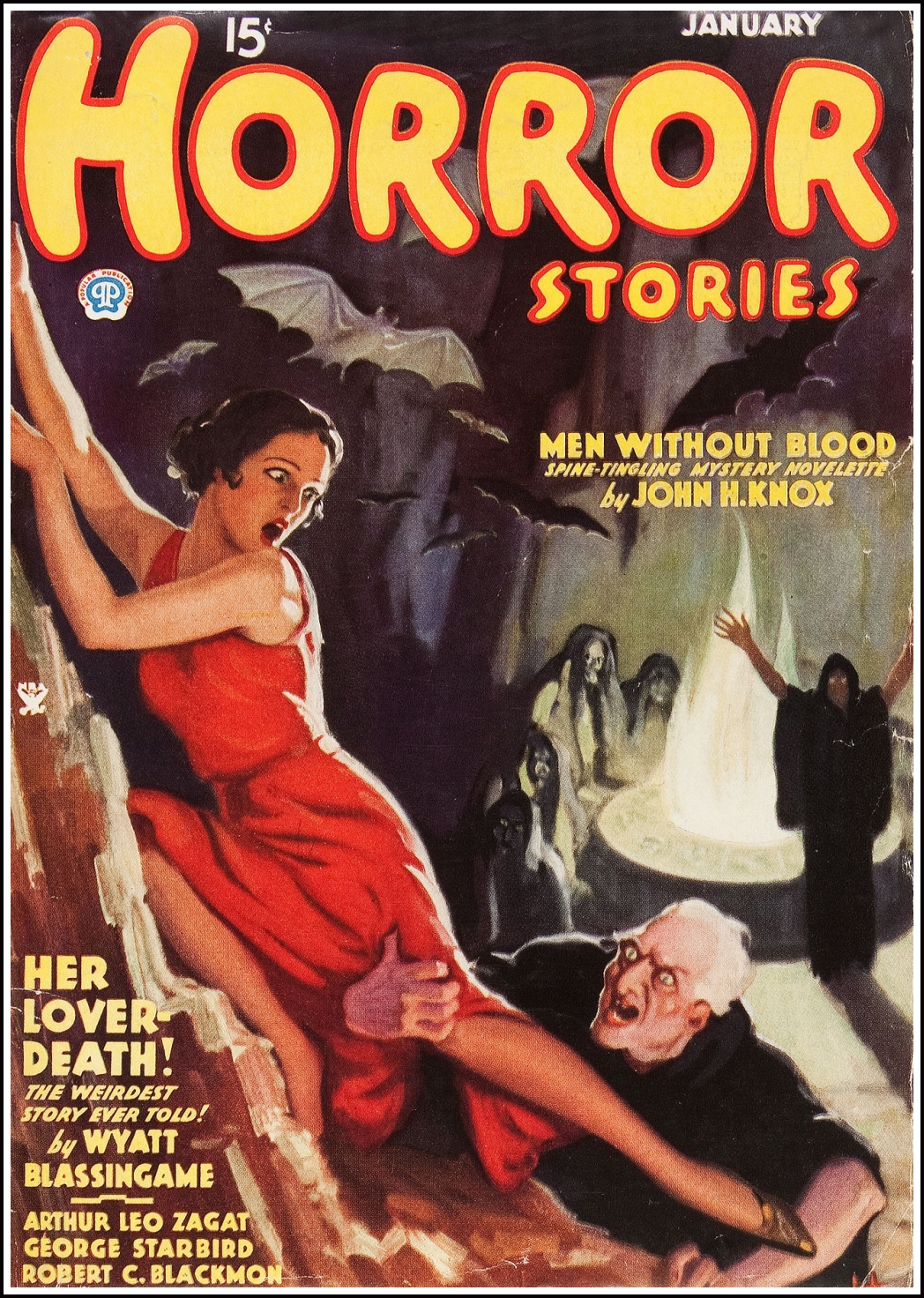 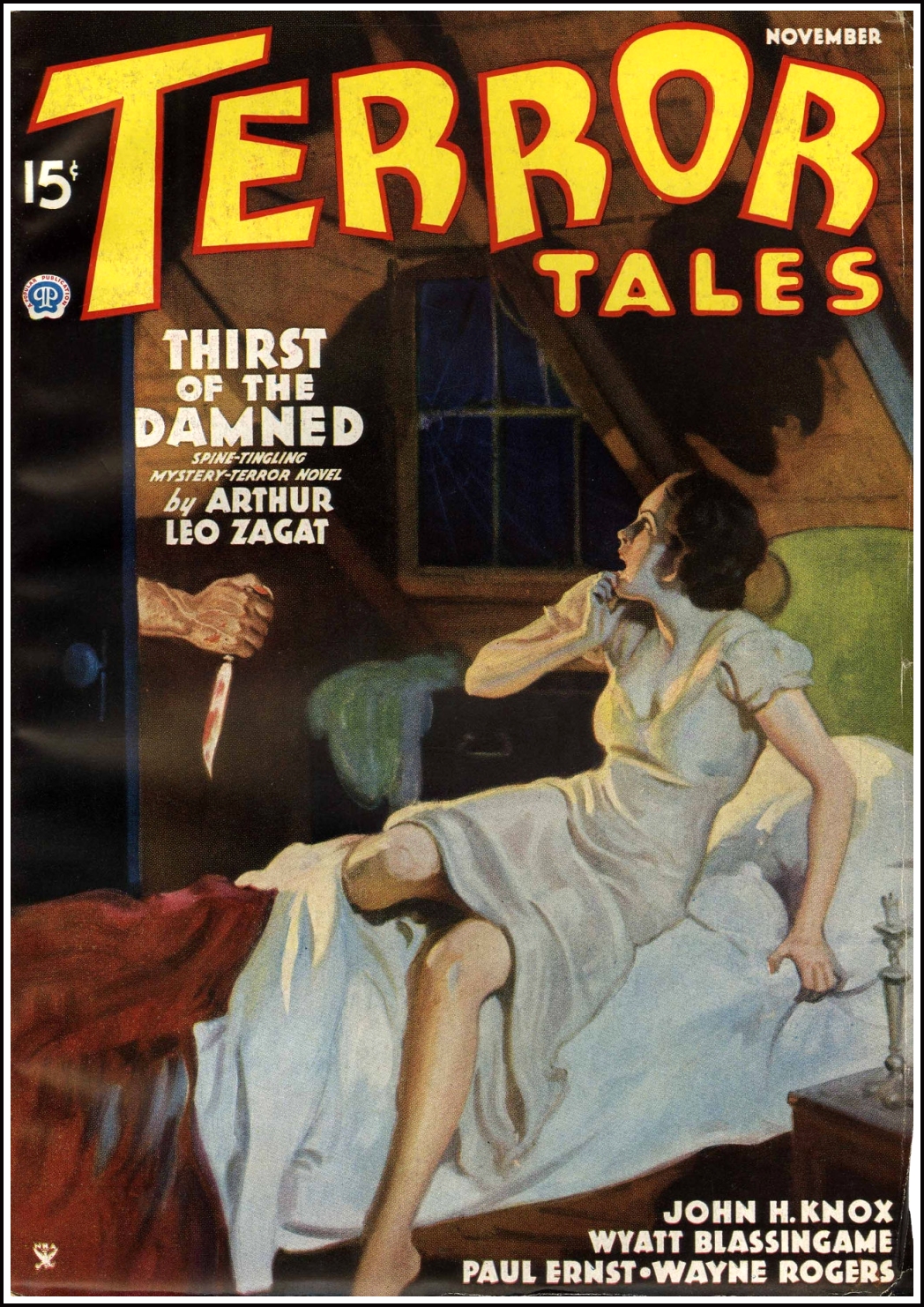 \
Terror Tales cover - November 1935
Howitt's work was noticeably better than that found on many pulp covers (Baumhofer and a few others excepted). 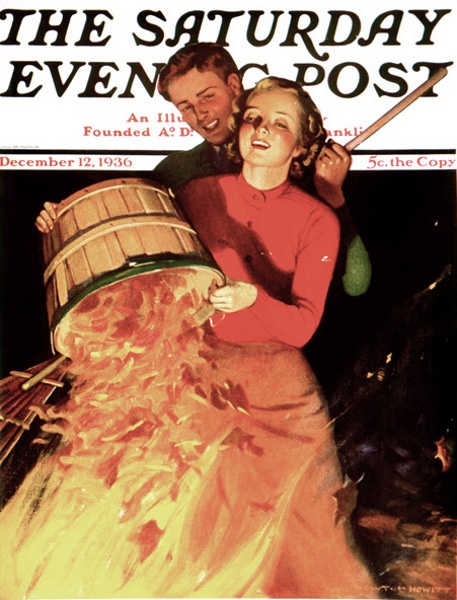 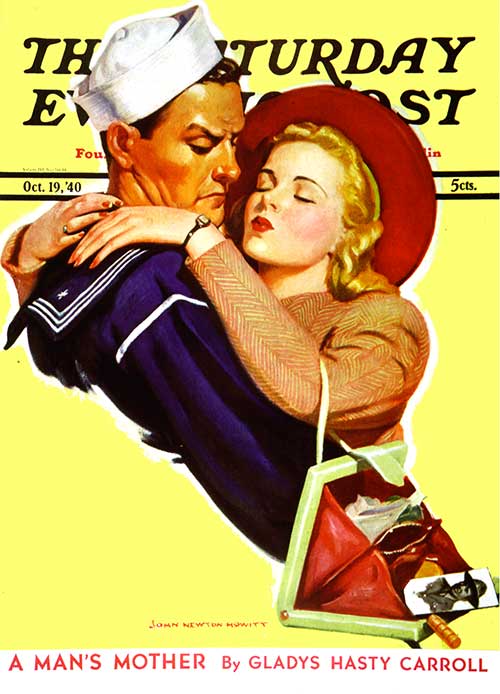 Saturday Evening Post cover, 19 October 1940
The joke here is that the sailor sees a photo of a soldier (!!!) falling out of the purse.

Fine Arts 1910 ? is a production of John Newton Howitt.