I noticed that a Joan Mitchell (1925-1992) painting was auctioned for nearly twelve million dollars. Perhaps the buyer was simply speculating that Mitchell's works would appreciate in value in the future. Maybe it was an expensive gesture of solidarity with feminism. Possibly the buyer was dead drunk at the time.

A reasonably detailed Wikipedia biography of Mitchell is here. It notes that she spent two years at Smith, a Seven Sisters college (the Ivy League equivalent for women in times past), then studied at the Art Institute of Chicago where she earned BFA and MFA degrees. It also mentions that her health was poor for about ten years before she died. Not much touched-on was that she was very difficult to get along with, though that's irrelevant regarding her art which was Abstract Expressionist, having no intrinsic meaning or message.

Below are some images of Mitchell's paintings that I grabbed off the Internet. I'll use them to help explain why I think she was a lousy artist. 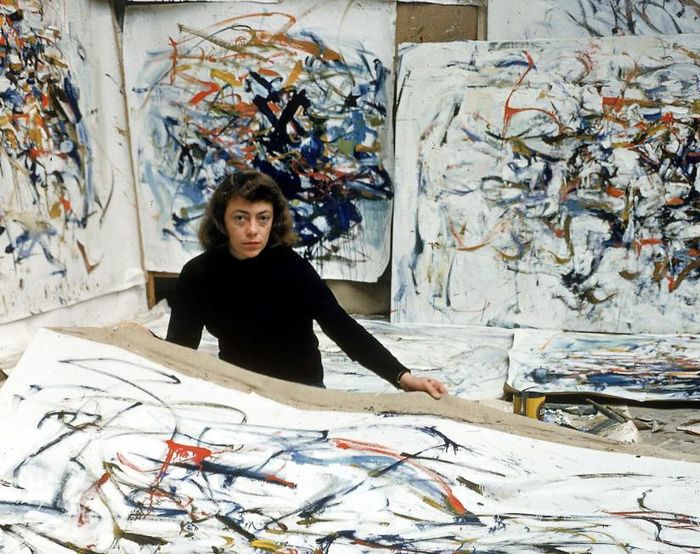 Mitchell in her studio
She was of the "action painter" variety of Abstract Expressionism, where brushwork is the featured component of the painting. Seen here are several works that are large, have essentially white backgrounds, and use a similar set of other colors. I imagine that she could crank out an average of at least one of these a day. 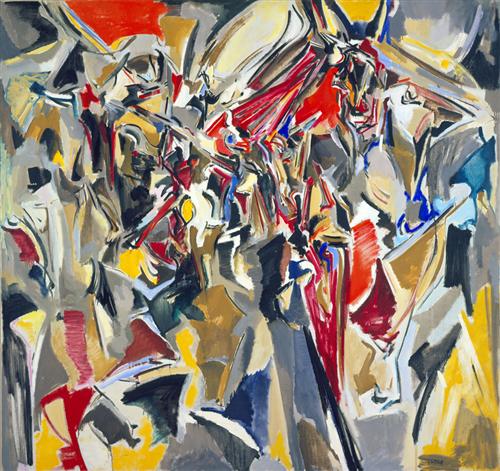 Untitled - 1951
This was done the year after she got her MFA degree, It shows a bit of compositional structure, unlike most of her later work. 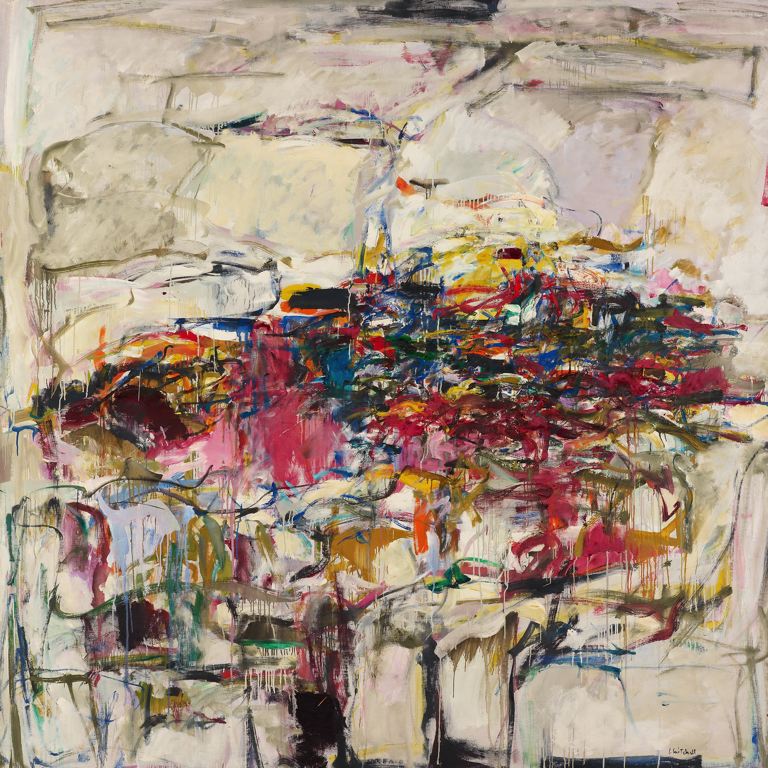 City Landscape - 1955
This too exhibits some structure -- in the form of pseudo-Cloisonnist (or Cubist?) light-colored segments offset by a tangle of other colors 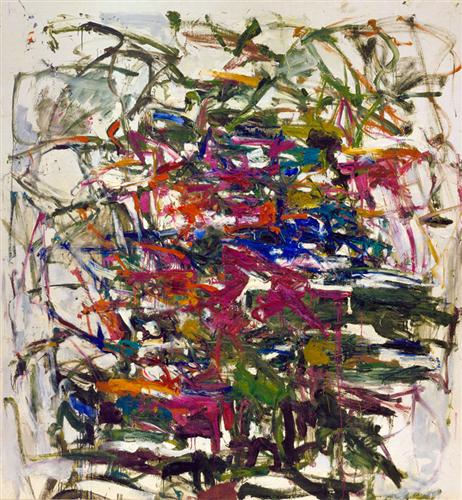 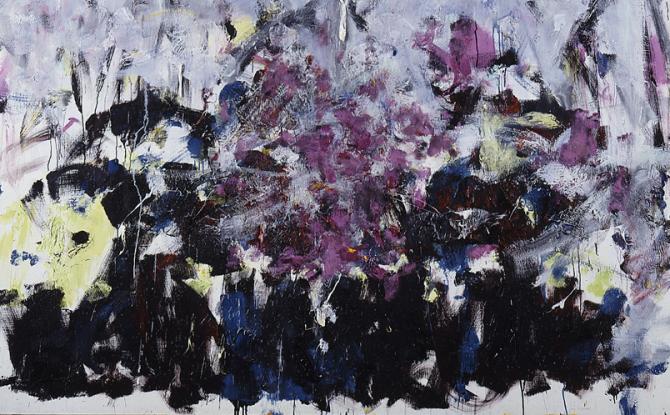 Sale neige - 1980
She spent much of her career in France, hence the "dirty snow" title. 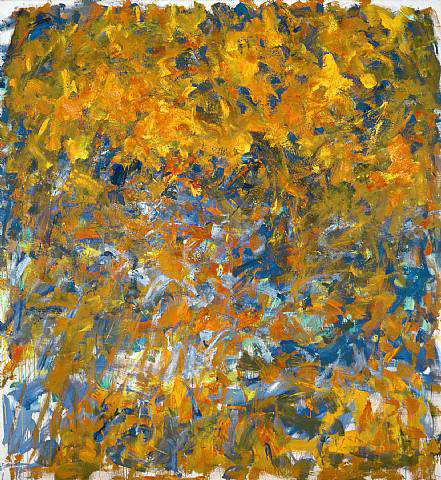 Buckwheat - 1982
Like the previous painting, Mitchell at least uses colors to roughly establish zones for her consistently agitated brushwork that seems to have featured shorter strokes as her career progressed. 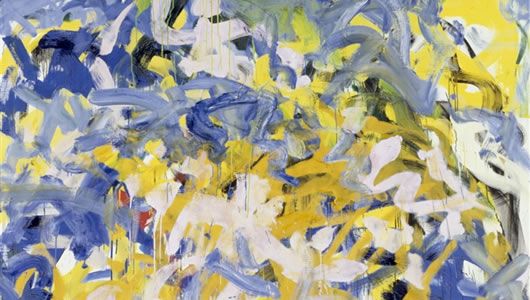 Before, After II - 1985
Painted when her health began to worsen. Like "Buckwheat," she uses essentially opposing colors, here with the little white and black and a touch of red to make the effect less relentless.

So far as I'm concerned, Mitchell's greatest defect is that her paintings are not very interesting. Her color choices are often poor, though Sale neige and Buckwheat show some spark. Her "action" brushwork strikes me as little more than dithering. As for composition, often enough it's a matter of placing a blob of increasingly dense dithering towards the center of the canvas.
Posted by Donald Pittenger at 1:00 AM

sir, you are a poor judge of art

Adam, you are a poor judge of judgement.

But the pictures you are showing are not the complete image! You have cropped them to favor your opinion. Your "opinion" is worthless.

Anonymous -- I simply pulled images from here and there on the internet and used the entirety of what they contained. I normally crop photos of objects, almost entirely for my car styling blog. Though I do crop some of my own photos of paintings to feature details, and this is clearly labeled. Regardless, I think Mitchell's work not interesting -- just messy scrawling, as the photo of her at the top clearly shows.