I find it interesting that many things tend to drift to extremes over time. Often enough, they seem to follow the pattern described by Crane Brinton in his 1938 classic study "Anatomy of Revolution." It's about politics. At some point conditions are very bad, but begin to improve. That's where reform movements kick in -- not when matters are at their worst. But the reform movements drift into radicalism because moderate reformers become regarded as not being pure enough in their beliefs and are purged. This is encapsulated by the phrase "No enemies to the Left." Eventually the movements drift to such an extreme that a successful reaction sets in.

This is not the exclusive case of politics and bloody revolutions and reactions. One far milder form is found in the world of clothing fashion. Here, a designer or clothing brand (or a designer working for a clothing maker) comes up with an idea about something that hasn't quite been done before. The company makes some items having the new style and the items sell well. So a competitor soon markets a similar, but slightly more extreme design with the intent of exploiting what is becoming a fashion fad. Then other firms jump in, adding more exaggeration and the initial firm joins the process. Soon it's a free-for-all where a number of rag trade outfits are offering a spectrum of such styles, many items pushing the limits of practicality. Reaction sets in when consumers get bored with the style and move on to a new fashion attraction. The only blood here is the red ink on balance sheets caused by large stocks of garments unsold when the market for them collapsed.

I've been noticing for quite a while a number of young women wearing tattered jeans. But now (I'm drafting this post early December 2017) the weather was getting quite cool, and I'm still seeing a lot of bare leg peeking out behind all those tatters. This post was triggered when I walked past the display window of my local American Eagle Outfitters store and saw some seriously "distressed" women's jeans on display. How much more distressing is possible, I wondered. Not much, I concluded.

Some background. Half a century ago, young men bought blue jeans from Levi's, Wrangler's and other brands. They were stiff and uniformly dyed. After a year or so of steady wear, the fabric would soften and the color faded, often most strongly in areas with heavy wear such as the knees and thighs. Eventually cuffs might become frayed and fabric might begin to wear through at the knees. This kind of wear-and-tear became something of a status thing. Some wearers of well-used jeans began to look down on folks wearing those stiff, new jeans. Clothing companies eventually caught on to this and marketed factory-faded garments. In recent years outfits such as Ralph Lauren were selling men's jeans that were not only pre-faded, but had factory-made fraying here and there.

This trend led to mass-produced worn-through knee areas on pant legs. And beyond, though mostly for women's jeans. Examples from American Eagle's website are shown below. 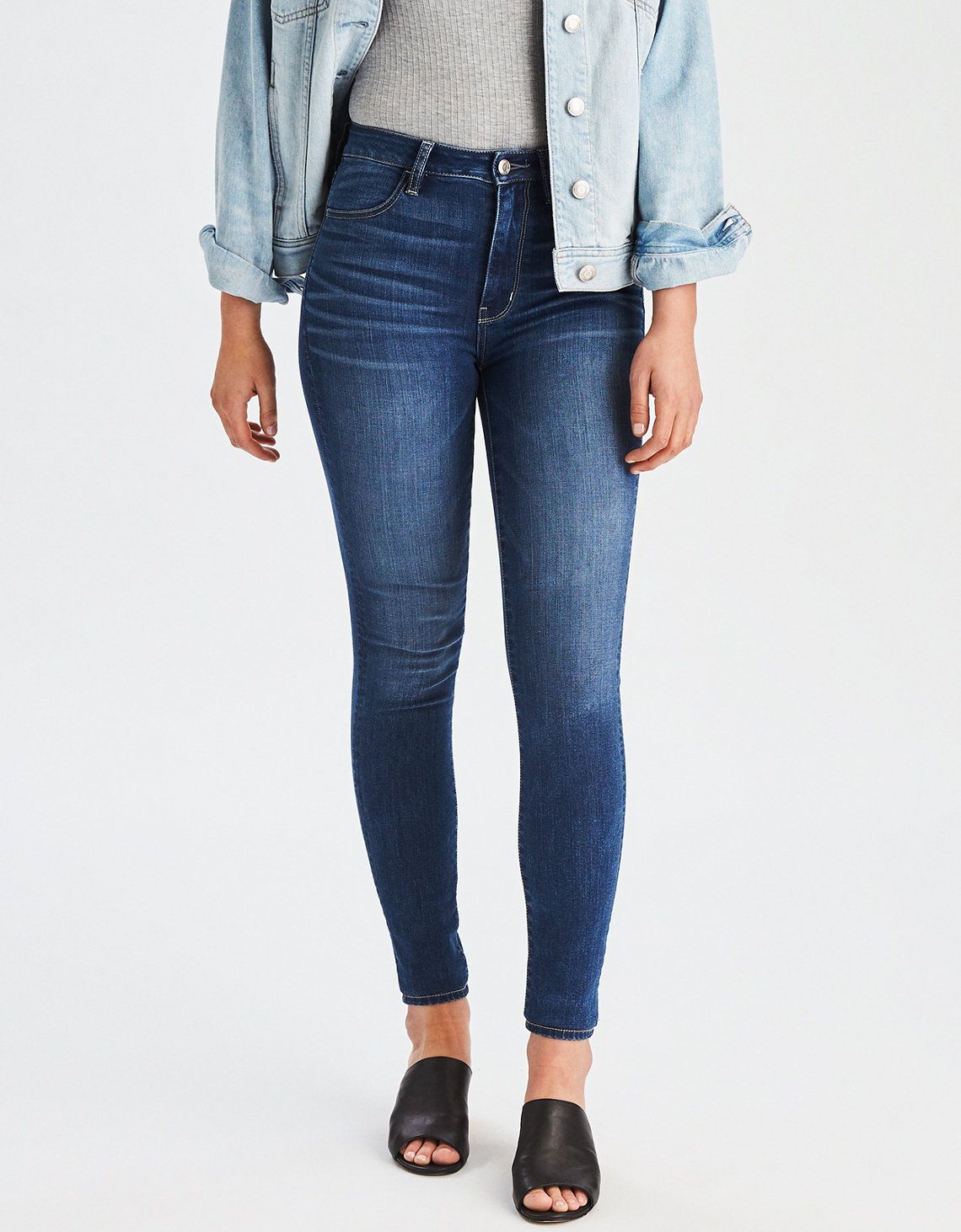 Let's begin with jeans having a touch of factory fading. 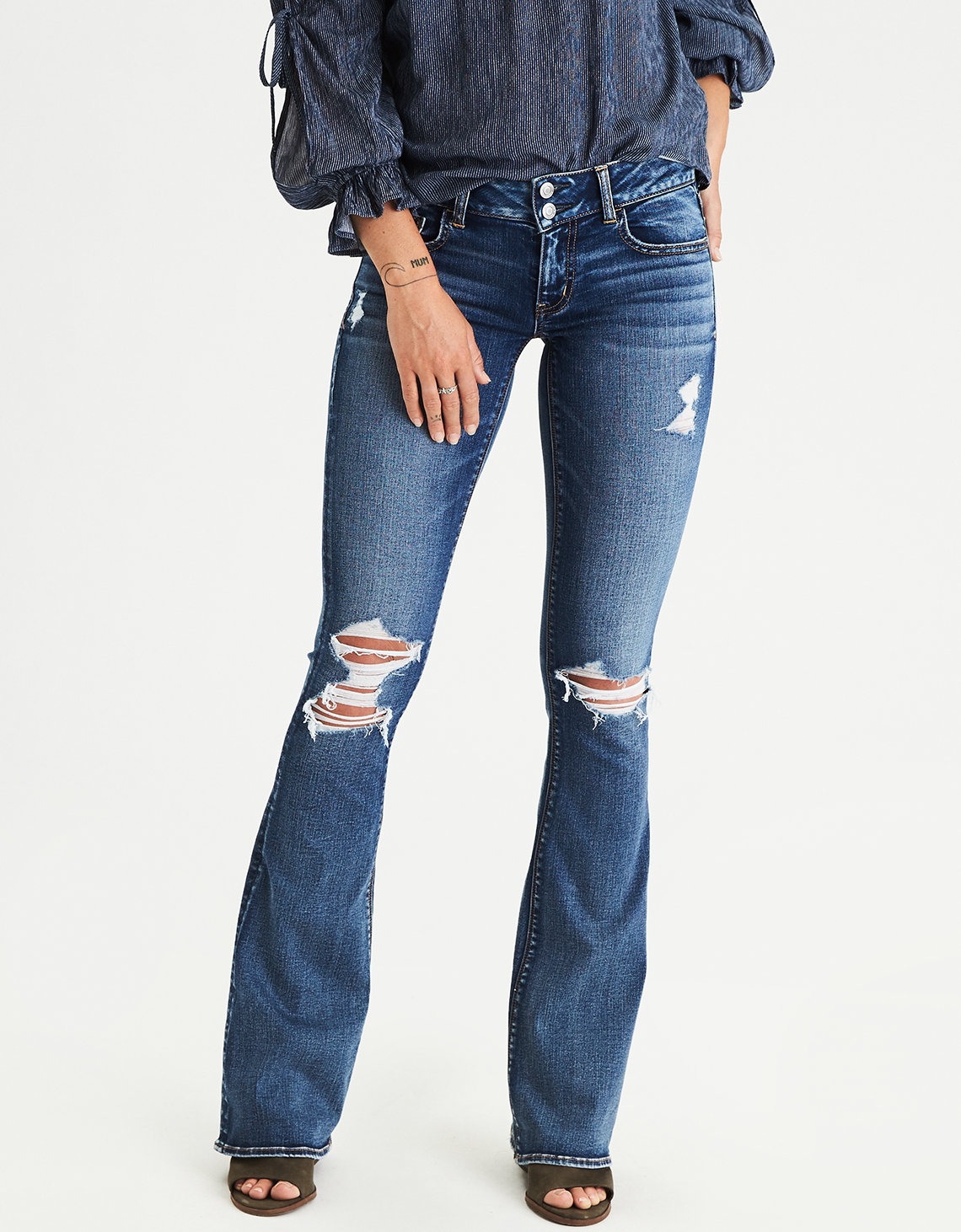 Moving on, here are worn-through knees. 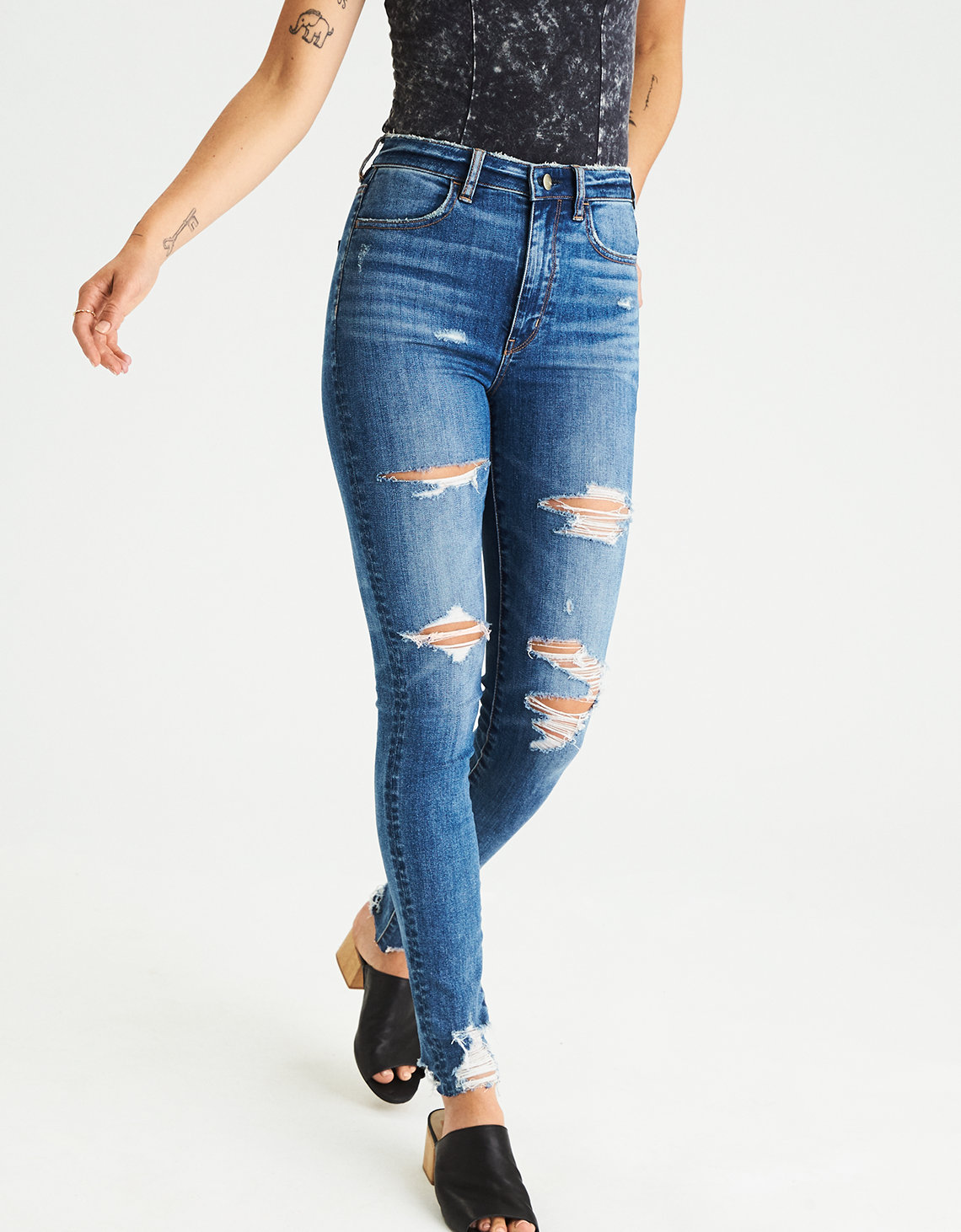 More faux- wear 'n' tear: frayed cuffs and holes on the thighs for some obscure reason -- not a place for normal wearing-out. 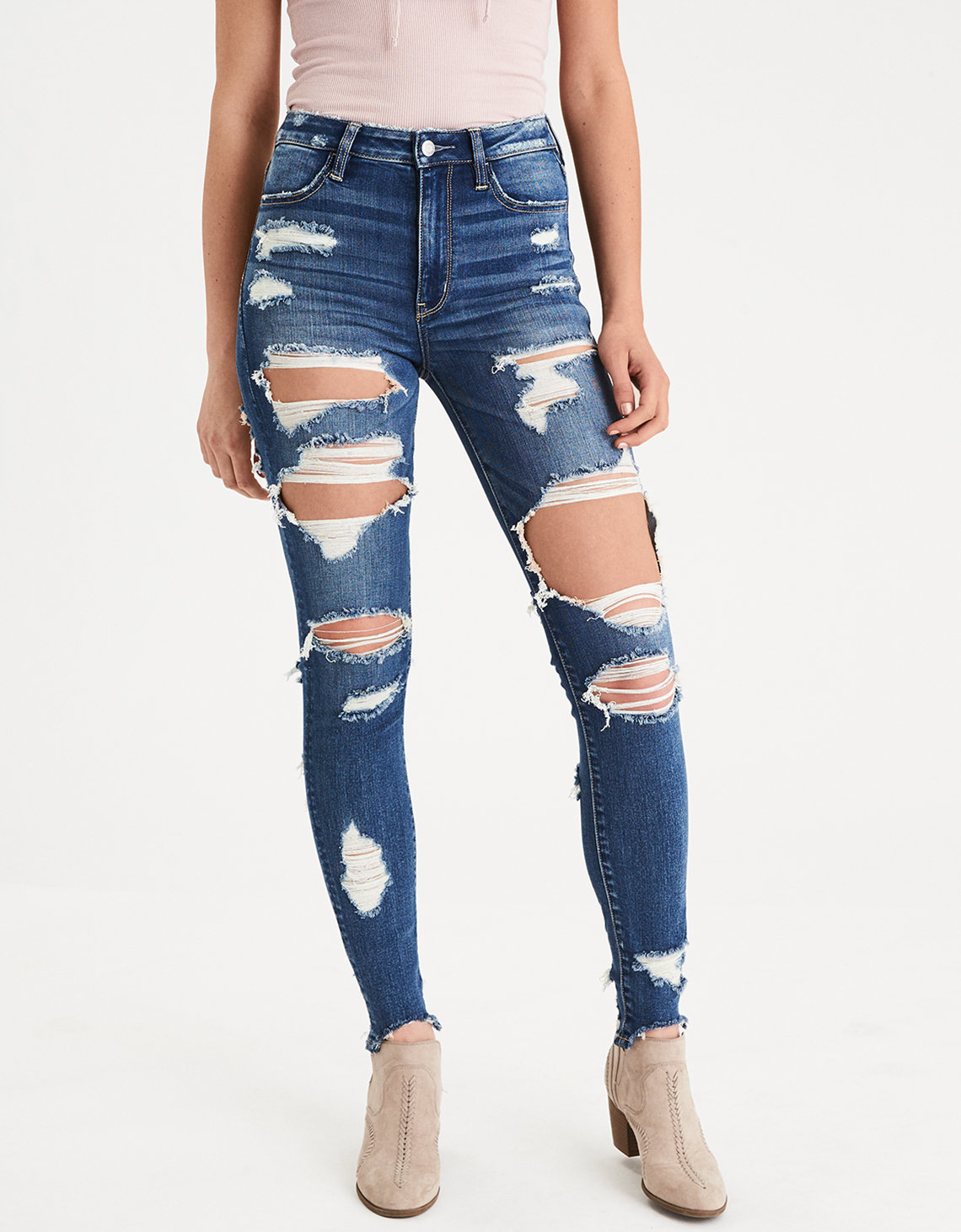 Now we must be getting close to the extreme. Much more of this trend and there won't be much of a garment left -- the fashion circling back to gal's cut-off jeans.

An enjoyable post! I've been able to watch 6 decades of this kind of thing. What's oddest of all is the prices people will pay for these raggedy scraps.