This is another post in an occasional series dealing with Art Nouveau architecture found in a number of smaller cities in Europe. I found the current subject in Split, Croatia -- a city with few examples of that style. What struck me was not the Vienna Secession version of Art Nouveau architecture, but the large metal sculptures populating the exterior: most sculpting associated with this kind of architecture is carved stonework or ceramic.

This 1903 building is called Sumporne Toplice ("Sulphur Spa"), located on the site of such a spring. The architect was Kamilo Tončić, but I have not been able to identify the sculptor. 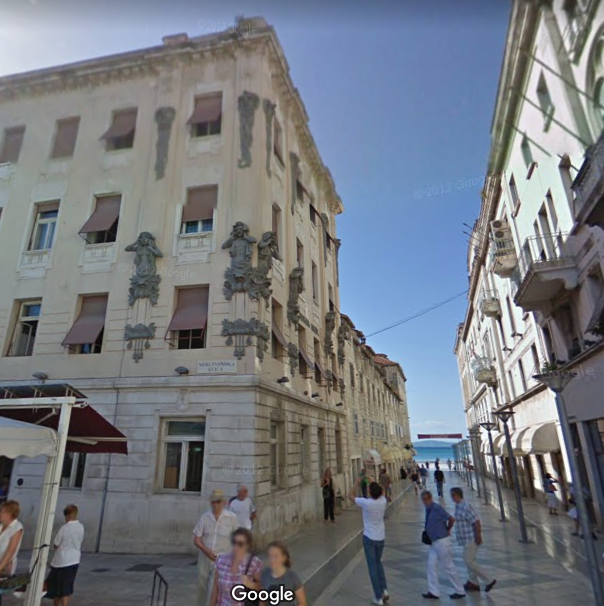 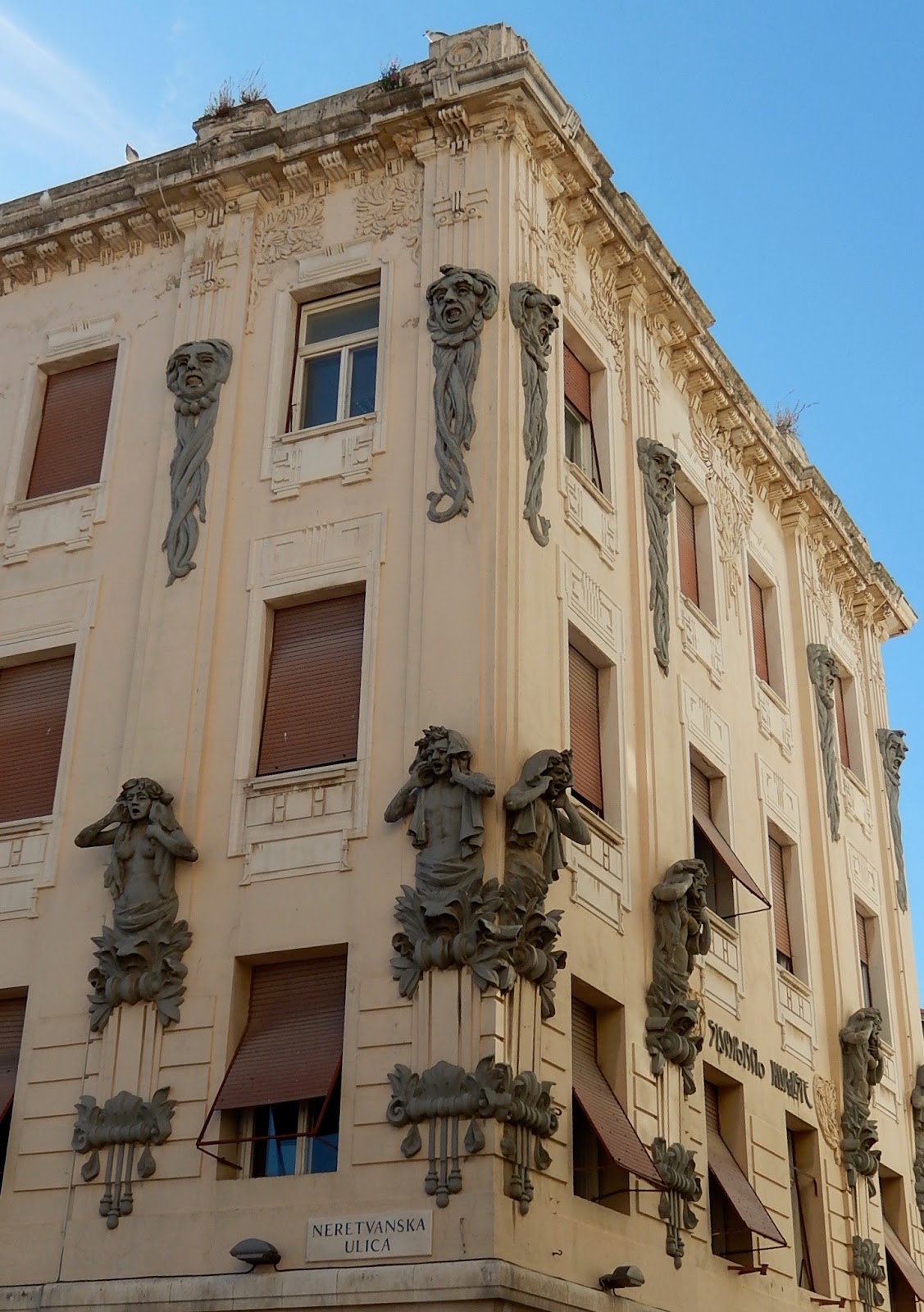 Now for my photos.  The building is on the corner of Neretvankska Ulica, about a block from the outdoor Fish Market.  It needs some work -- note the small plants growing along the cornice. 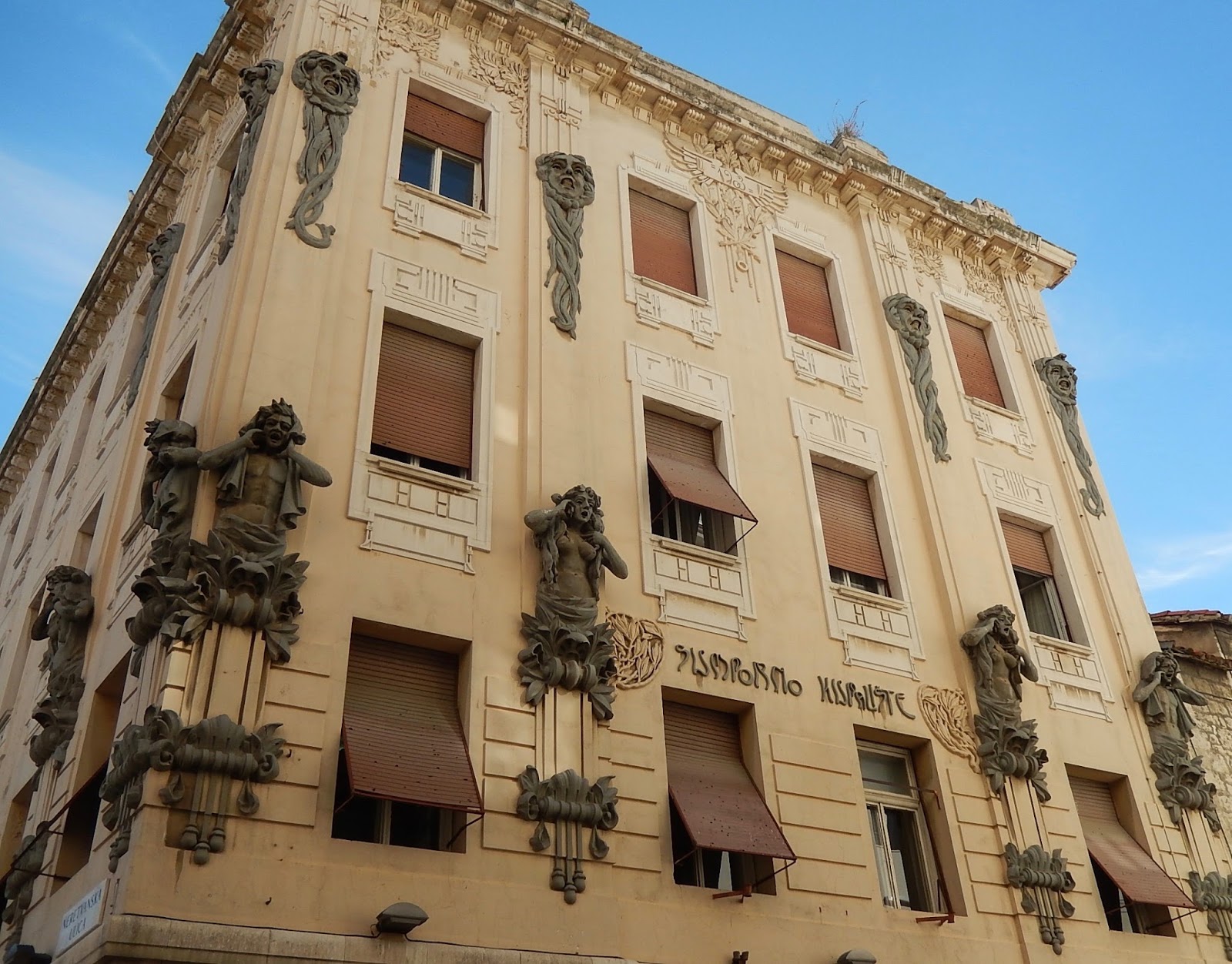 The ground floor is nondescript, so this photo shows the sculptural action.  I'll focus on the lower tier of figures, so note here the higher works featuring faces, something more in line with Vienna Secession style. 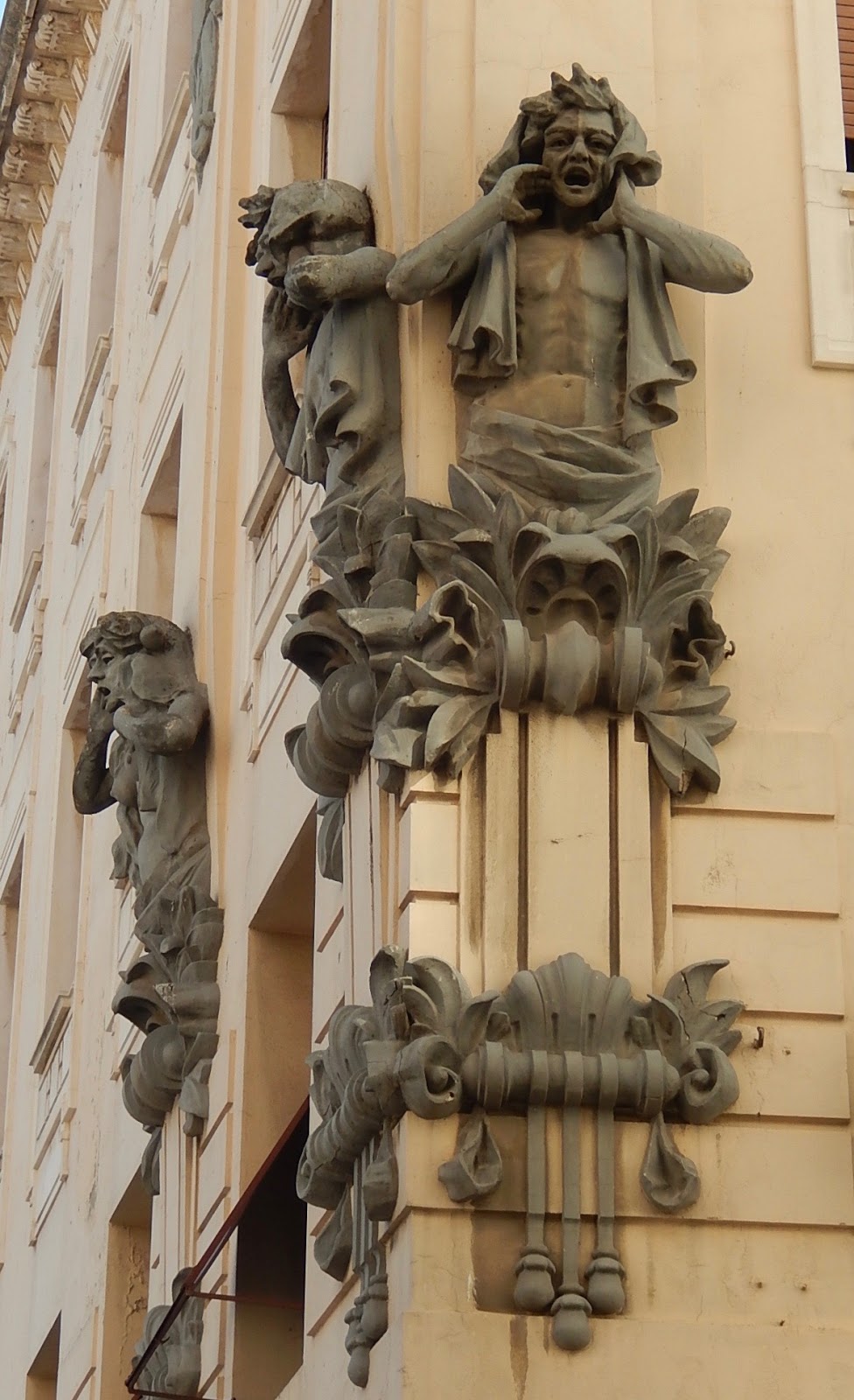 Whereas the main wall sculpting depicts women crying out. 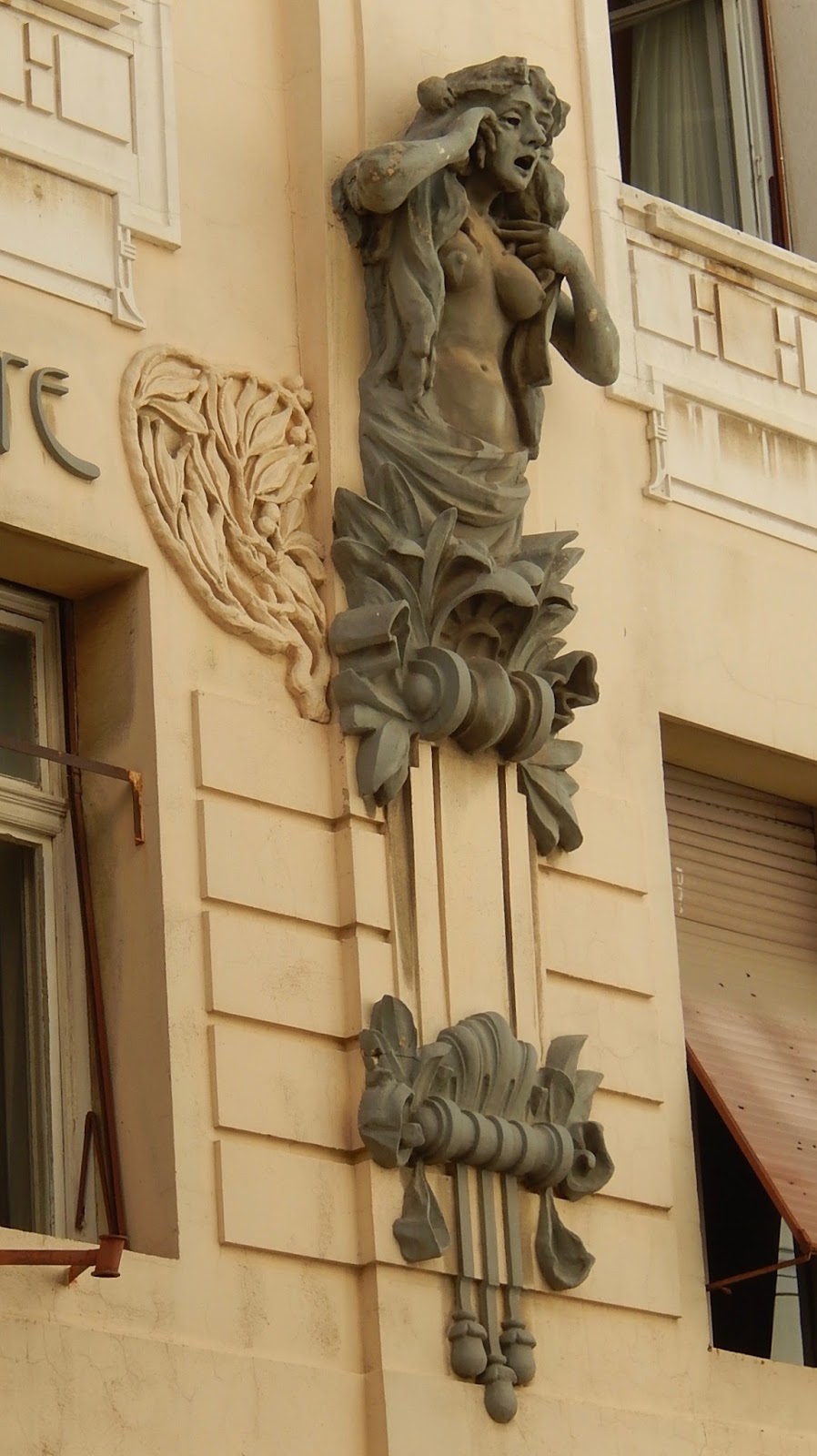 Matching item seen from a slightly different angle.
There seem to be about four basic items that were cast several times each to create the ensembles.
Posted by Donald Pittenger at 1:00 AM