Fine examples of residential buildings with traditional styles can be found all over America. Perhaps the best are houses built for very wealthy people during the late decades of the 19th century and early decades of the 20th. Another source is college fraternity and sorority houses from that same era. I touched on that subject several years ago here.

My fraternity's building at the University of Washington was attractive, but I always thought the best of the lot was the Phi Gamma Delta ("Fiji") house before one of its wings was expanded, taking a slight edge off the design. Unlike most of the Greek system buildings at the UW, the Fiji house was designed by an outsider, not a local architect. That outsider was Walter Mellor (1880-1940) of Philadelphia. It seems that Mellor was a Fiji and designed a few other chapter houses. Background on Mellor can be found here and here.

Mellor's firm was Mellor and Meigs, and for a while Mellor, Meigs and Howe -- Howe being George Howe, later of Howe and Lescaze, designers of the early modernist icon Philadelphia Savings Fund Society Building (1932).

Mellor's firm was quite successful, specializing in expensive residences featuring Norman and sometimes Tudor and other historical themes. The images below were selected to feature a design quirk of Mellor's -- use of tall, sometimes two-story vertical windows often placed above main entrances. (The Norman style includes use of large, narrow windows, but Mellor often chose to exaggerate this.) 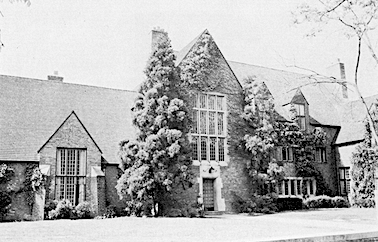 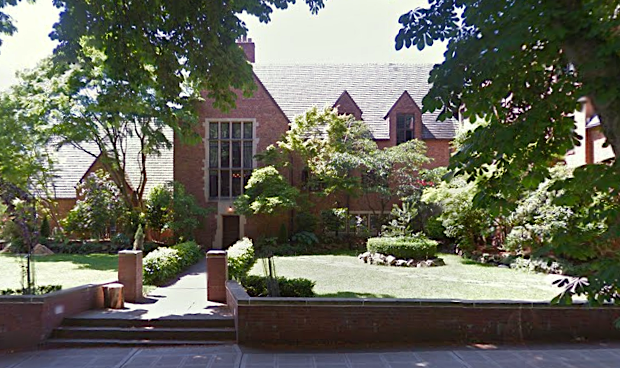 Phi Gamma Delta fraternity house, University of Washington - Google street view (cropped). The revised wing is hidden behind the tree at the right. Seen here is how the original part looks these days. 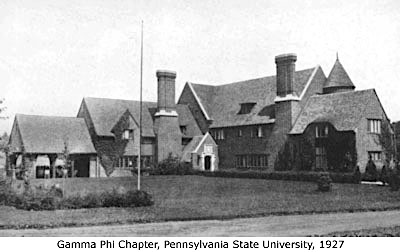 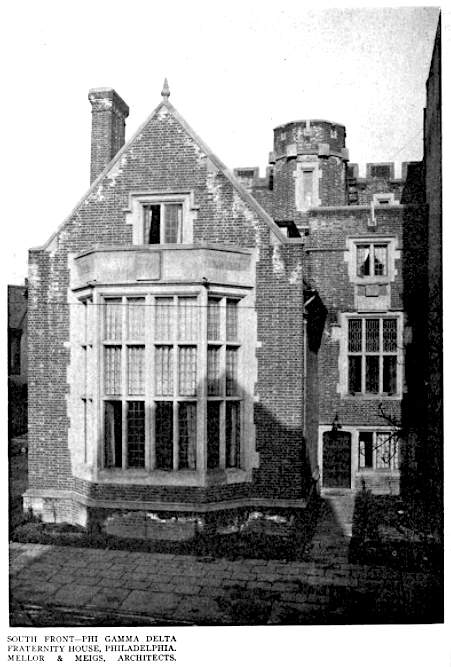 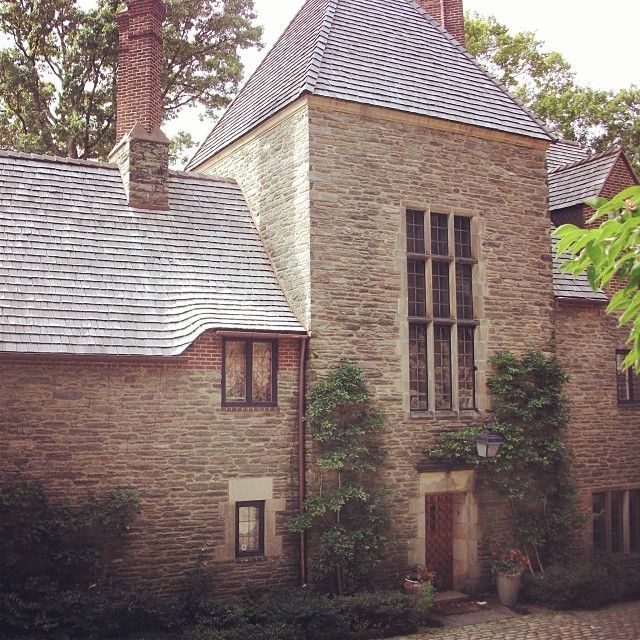 House in Chestnut Hill, Phildelphia. The door / window theme is similar to that of the UW Fiji house. 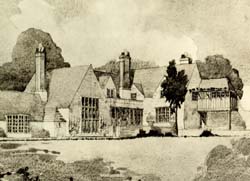 McCracken House, Germantown, Philadelphia. The largest image I could find. 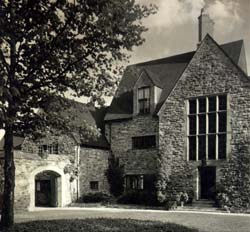 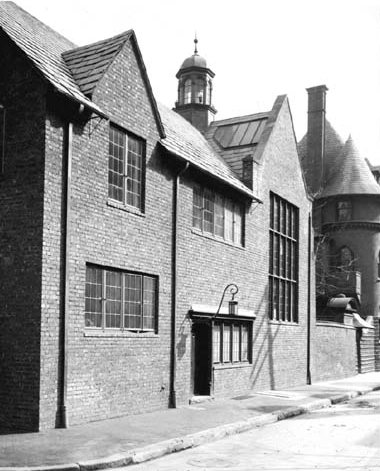 Offices of Mellor and Meigs (ca. 1912), 205 South Juniper Street, Philadelphia. This was an older building converted to architectural firm use. Yet another tall window.