Towards the End: Jackson Pollock

Jackson Pollock (1912-1956) was an alcoholic who when drinking in Greenwich Village bars, would often turn into a nasty drunk. This lifestyle ended in 1956 when the 44-year-old smashed his car into a tree, killing himself and a passenger. More regarding his life can be found here.

Pollock gained fame thanks to his huge "drip" paintings of the late 1940s. He would spread canvas on a floor and dribble, toss, or otherwise remotely cover it with various colors. It seems there was a limit to this artistic concept. Once he had made a large number of such paintings and he reached his 40th birthday, he apparently began to consider other paths. He tried a few abstract alternatives, but soon virtually ceased painting. And then he ended up dying in that crash.

Here are some of his last paintings.

Blue Poles - 1952
One of his better-known late drip paintings. 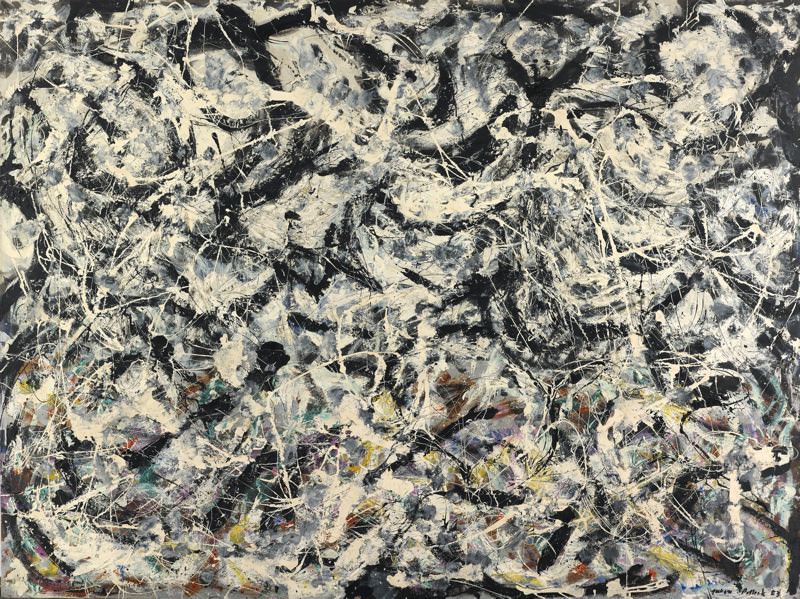 Greyed Rainbow - 1953
Pollock was still fairly productive in 1953.  This abstraction seems to combine brush and drip. 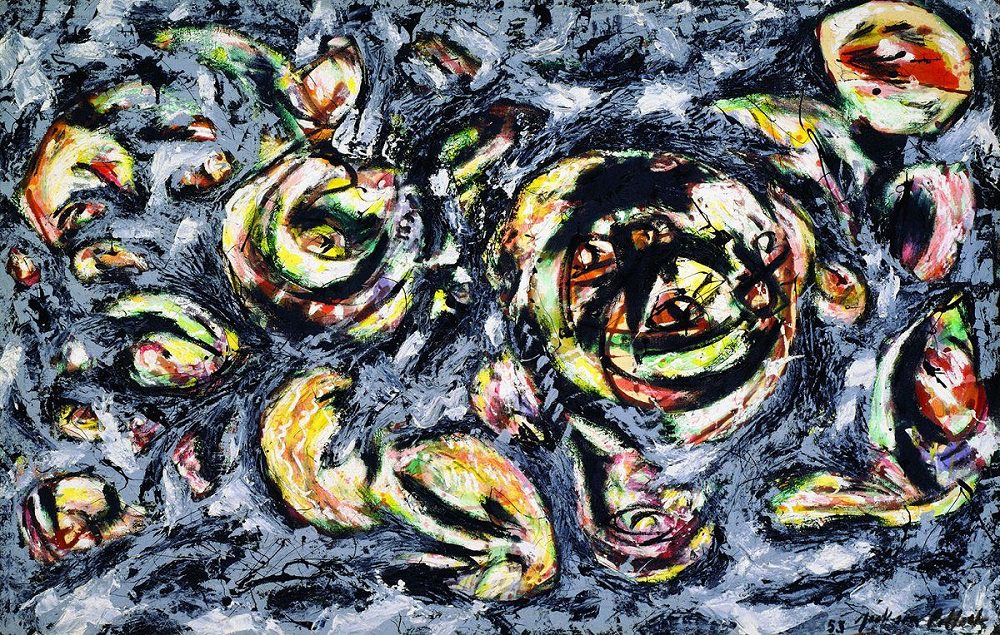 Portrait and a Dream - 1953
Now a dab of representationalism creeps in. 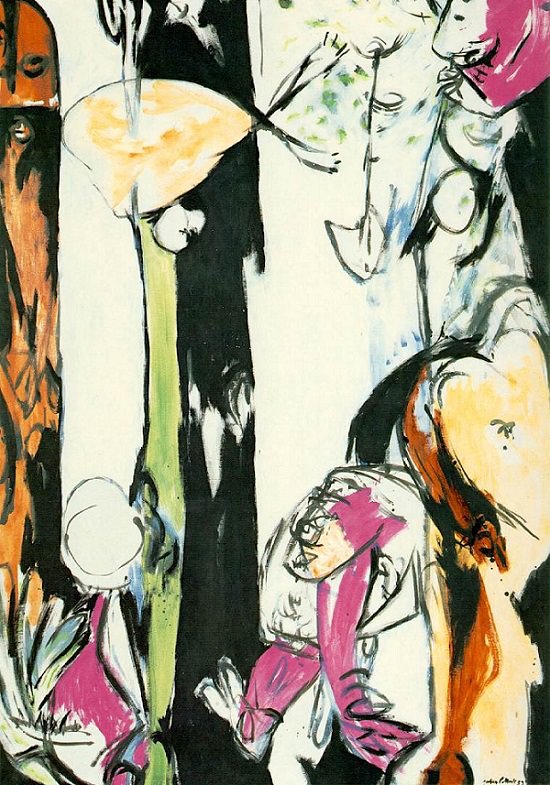 Easter and the Totem - 1953
Again, relatively large, uncluttered areas. No drips. New York's Museum of Modern Art's web page on the painting notes: "After 1952, dripping and pouring paint were no longer the primary means of expression for Pollock. The totemic forms at the left and right in Easter and the Totem reflect his renewed interest in using a brush to paint quasi-figurative images." 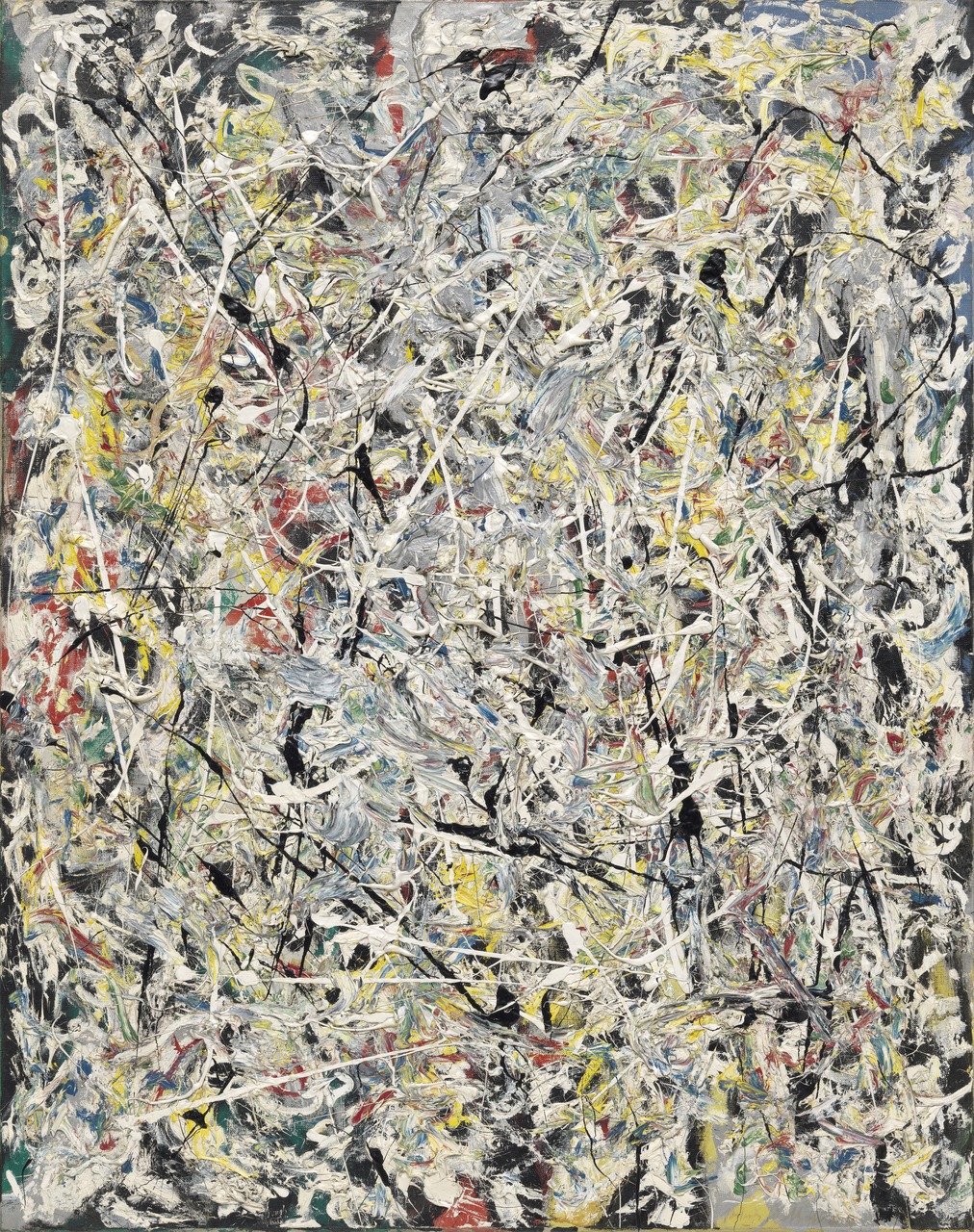 White Light - 1954
MoMA's White Light page mentions: "White Light is one of Pollock's last paintings and the only one he completed in 1954. He made it in part by squeezing paint directly from a tube onto the canvas evident in the sculptural white and black tendrils of paint that constitute the top layers. He also used a brush, creating subtle marbling effects by manipulating wet paint in certain areas. Though Pollock was tormented by an artistic block he would never overcome, White Light sparkles..." (emphasis added). 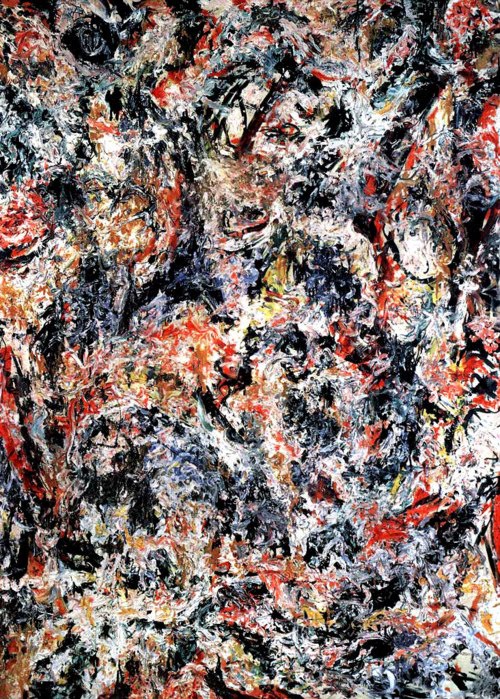 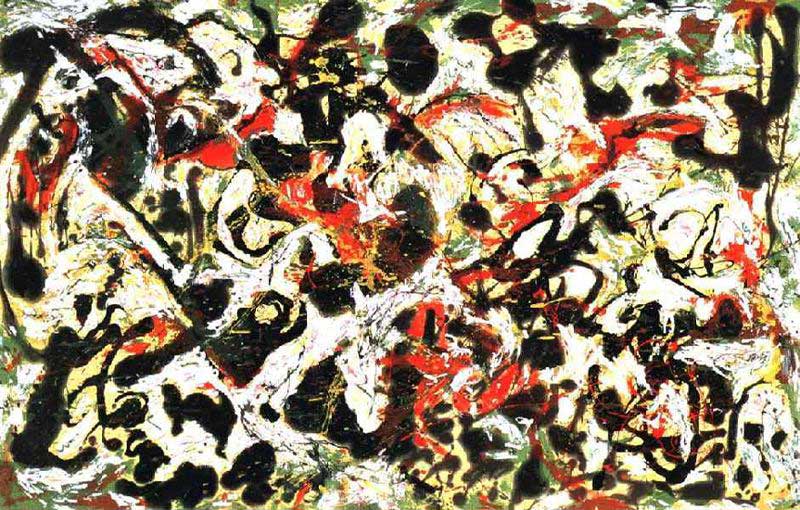 Search - 1955
These were Pollock's last paintings, the only two he made in 1955. He died seven months into 1956 without completing another one.