Camille Pissarro (1830-1903) -- Wikipedia entry here -- was developing eye problems as he reached his late 60s. It seems his eyes became irritated when outdoors for any length of time. Therefore it became difficult for him to paint out of doors, so he took to painting scenes from windows of places he rented. The link above (at the time of writing this) includes several images of his paintings of Paris' boulevard Montmartre near its intersection with the boulevard des Italiens.

The resulting paintings showed his subjects at various times of day, various weather conditions, and various times of year. This is somewhat analogous to Claude Monet's time-of day series of paintings of haystacks in the early 1890s and of the Rouen Cathedral a few years later. I would think Pissarro had Monet's concept in the back of his mind or even at its forefront when he painted the urban streets in the late 1890s.

Another series of paintings of Paris scenes was made from the Hôtel du Louvre, as mentioned (in Dutch) here with reference to one of those paintings. They all dealt with the place du Théâtre-Français at the intersection of the rue St-Honoré and the avenue de l'Opéra.  Readers who have visited Paris have almost certainly been at or near this area.

Some of these are shown below.  I've adjusted several of the captions found on the internet in compensation for a lack of a consistent set of titles in French. 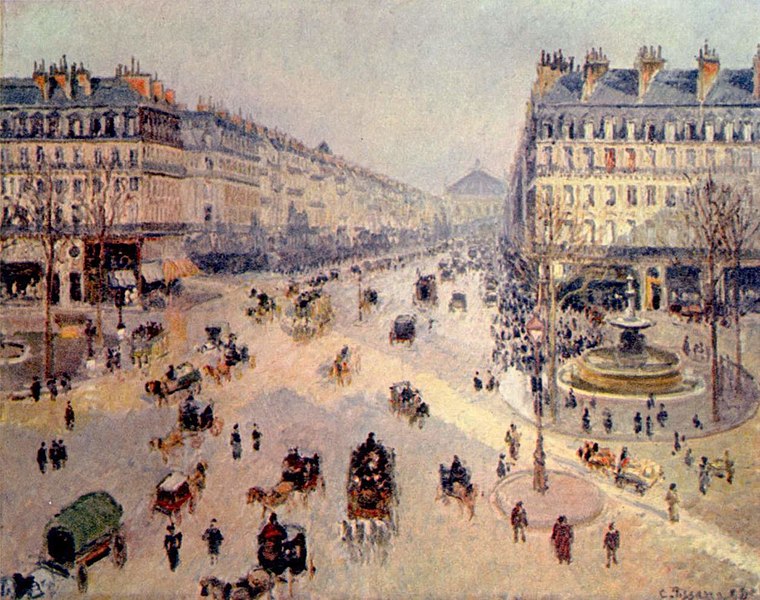 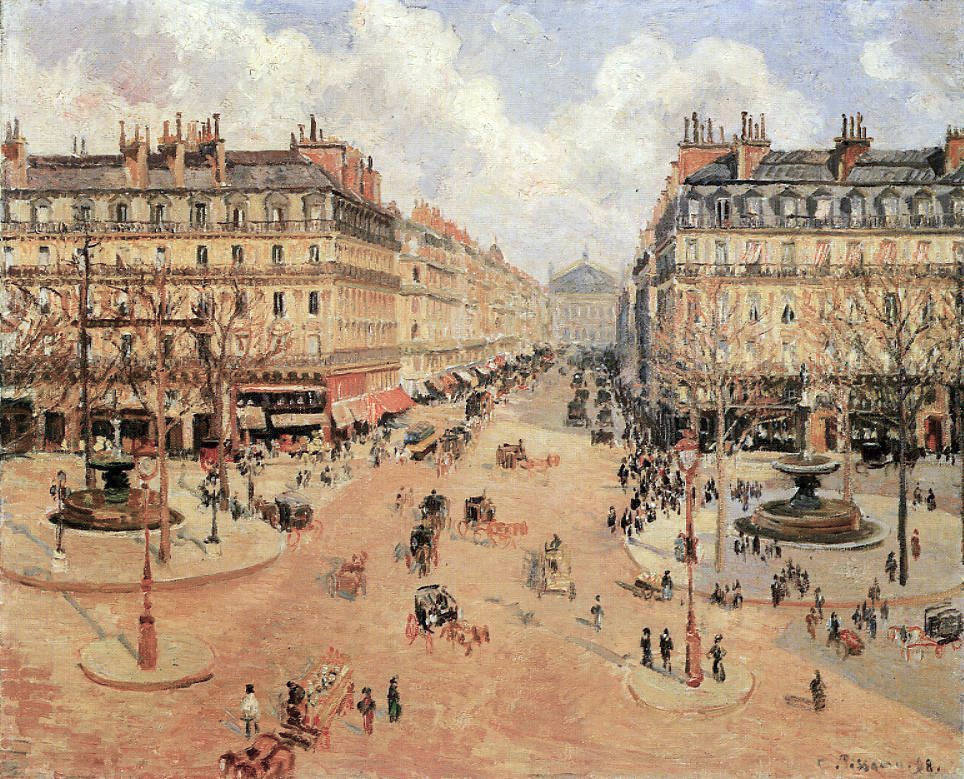 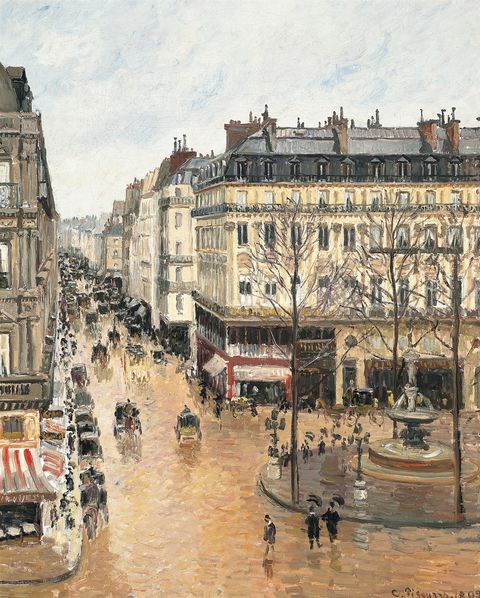 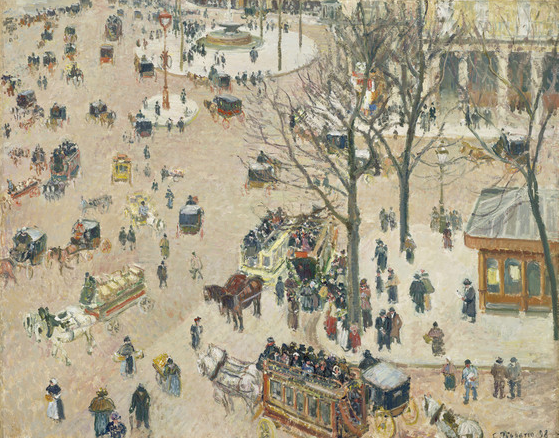 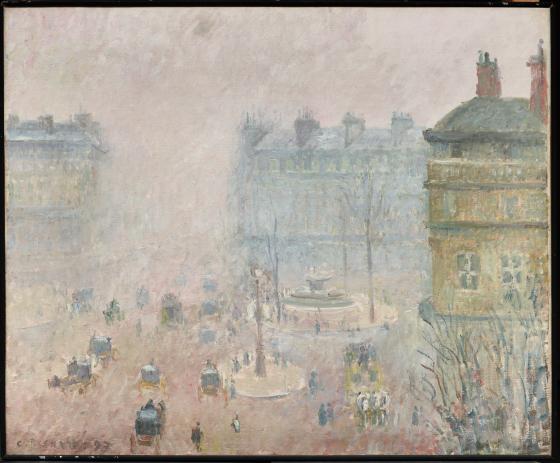 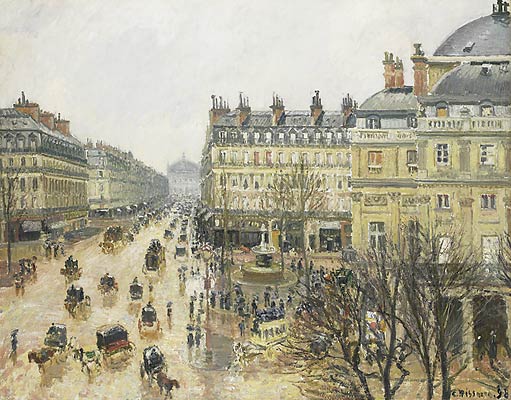 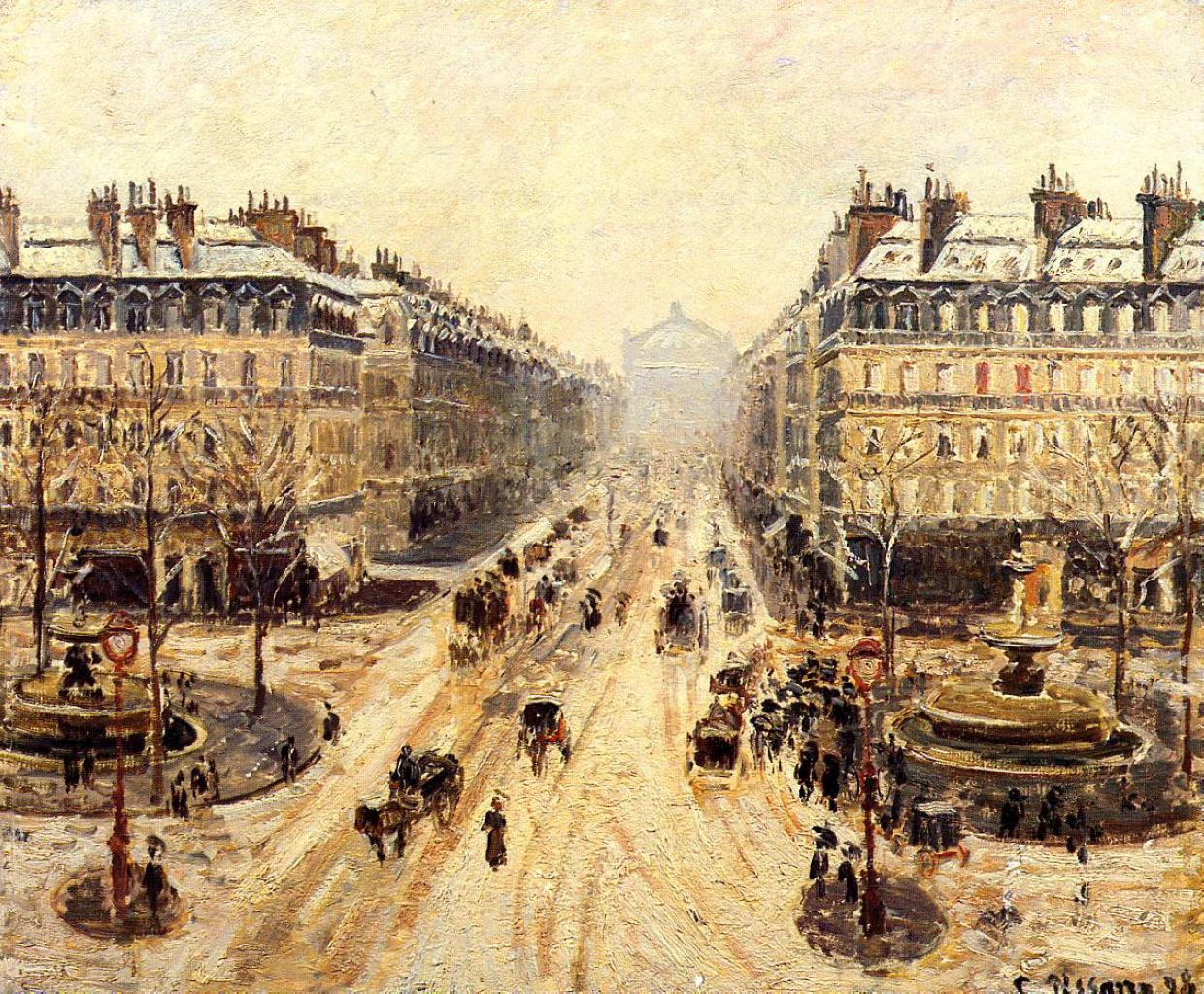 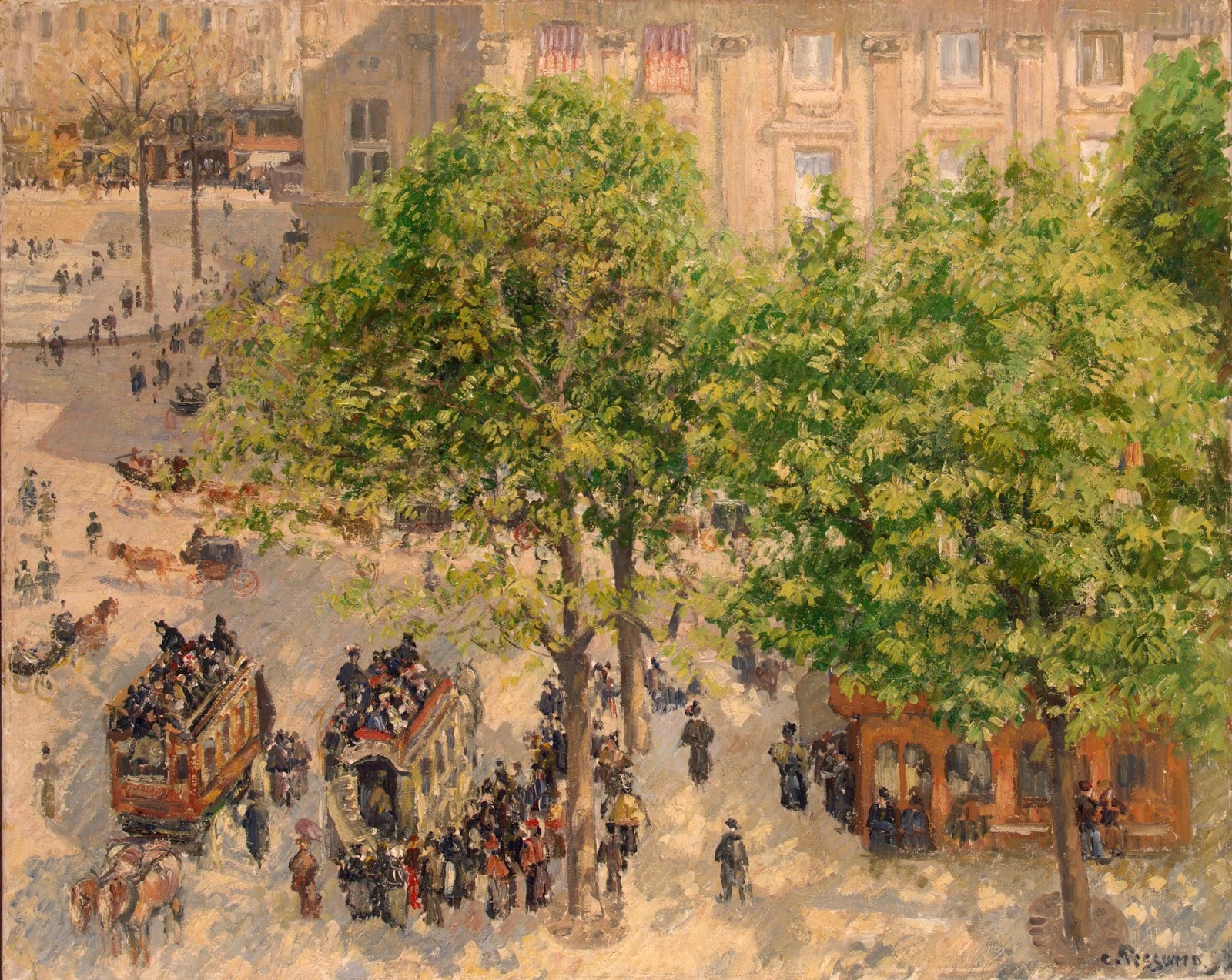 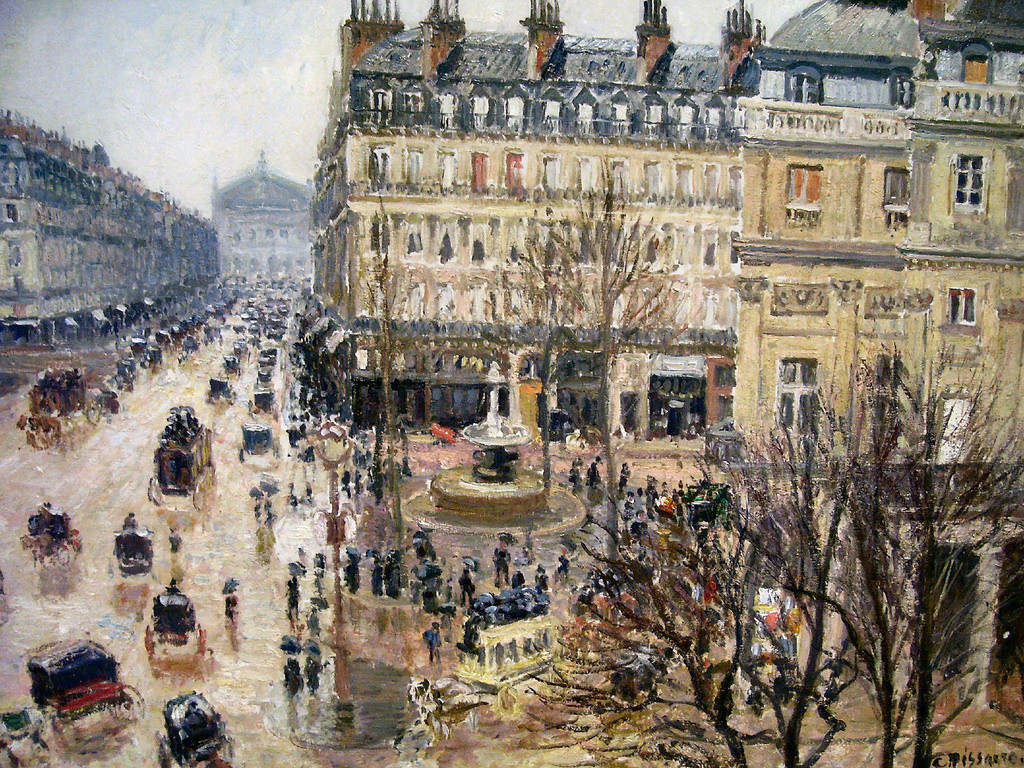 Sometimes amazing results come from horrible age-related circumstances. Where the cityscapes had long perspectives down boulevards with proud buildings on both sides, Pissarro achieved very fine results. Where there was no architectural perspective, the people looked like random ants on the ground.