The 1920s and 1930s were interesting times where aesthetics are concerned. My e-book "Art Adrift" deals with painting during that period. But pretty much the same thing was happening regarding architecture here in the United States.

Modernism in its high form was like a religion in that it was Manichean -- having defined sets of things that are either good or evil. Among the "good" things so far as architecture was concerned were that form should follow function and that there ought to be truth to materials. What was "evil" was creating designs based on historical styles, thereby ignoring pure function and mis-using new materials (among other things), an act of dishonesty.

Like the painters I discussed in my book, some architects were Modernist pioneers who by some point before 1950 had run out of new Modernist ideas. These were largely Europeans of the Bauhaus mode. Then there were practicing architects in Europe and, perhaps especially in America, who were trying to figure out what to do about that Modernism thing. Cherrypick an idea or two for application on a traditional base? In some respects, that was what Art Deco was. Or going whole-hog modernist, which is what George Howe (1886–1955) did.

Some background on Howe can be found here and here. In brief, Howe, a Harvard man, was classically trained at Paris' École des Beaux-Arts, graduating in 1912. He began his practice in the Philadelphia firm of Furness, Evan & Co., and in 1916 joined the firm headed by Walter Mellor and Arthur Ingersoll Meigs. By the early 1920s after having served in the Great War he was now a partner in Mellor, Meigs and Howe. The firm specialized in residential architecture using Norman and Tudor styles. Then in 1928 Howe left the firm, proclaiming his conversion to Modernism. He started his own firm, taking on the young Swiss modernist Architect William Lescaze as a partner. Their major commission was Philadelphia's landmark Philadelphia Savings Fund Society Building, one of the first and best modernist American skyscrapers. Thereafter, as best I can tell, Howe himself designed few if any noteworthy buildings.

But before he went Modernist, Howe was a thoroughgoing traditionalist architect. Examples of his work are shown below. 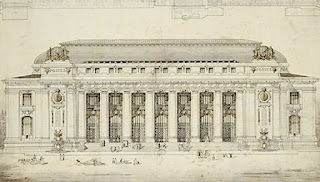 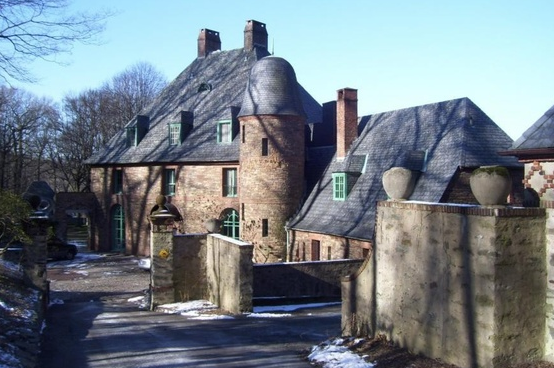 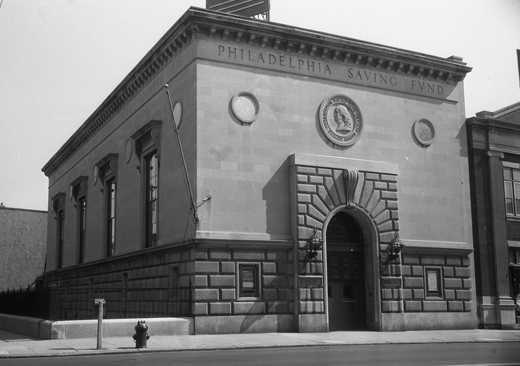 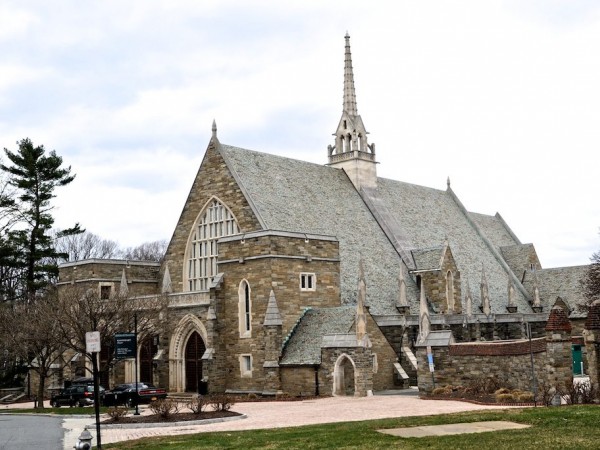 Goodhart Hall auditorium on the Bryn Mawr College campus, 1928  Howe and Meigs disputed who should take credit for the design, this argument helping precipitate Howe's departure from the firm. 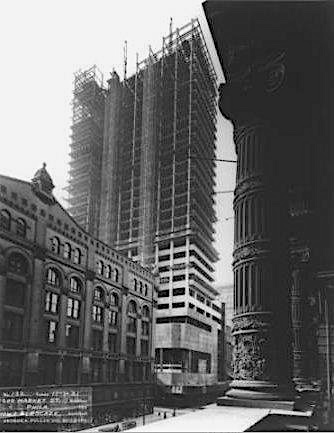 The PSFS skyscraper under construction, probably in 1931. 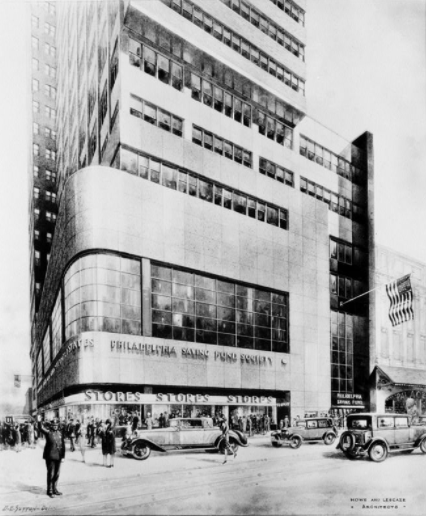 Architectural rendering of the PSFS as seen at ground level, ca. 1930. 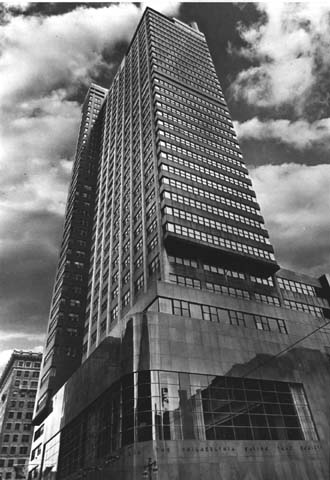 Looking up at the PSFS Building, completed 1932. 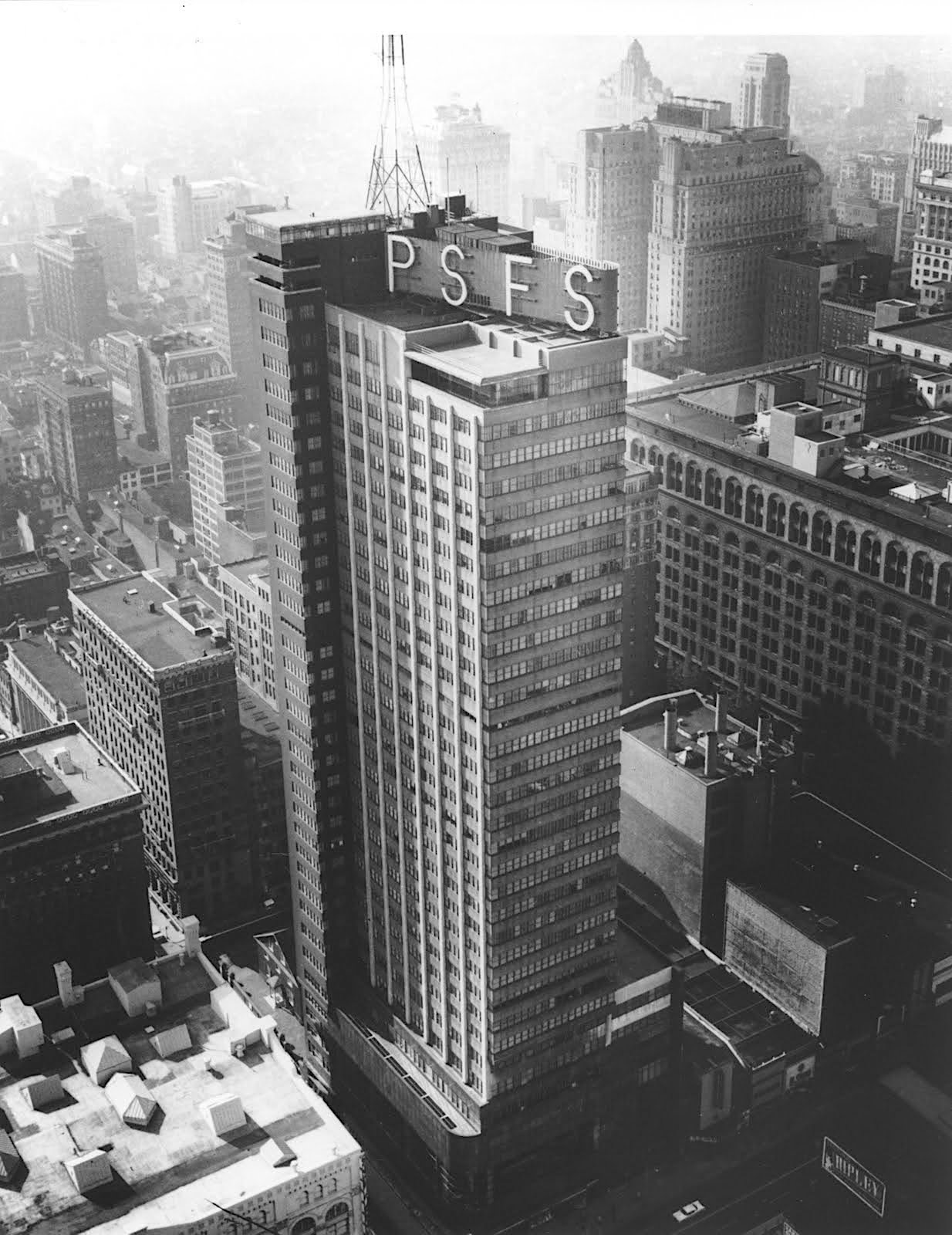 Aerial view of the PSFS.
Posted by Donald Pittenger at 1:00 AM