King George V (1865-1936, reigned 1910-1936) was photographed many times, but seems to have had surprisingly few painted portraits made of him. Most of the ones I was able to find on the Internet are shown below. His son, King George VI, whose reign was about half as long had more portraits made, if what can be found on the Internet is any guide. I also find it interesting that George V was portrayed by few of the leading British portrait artists of his time. Information on the life of King George is here. 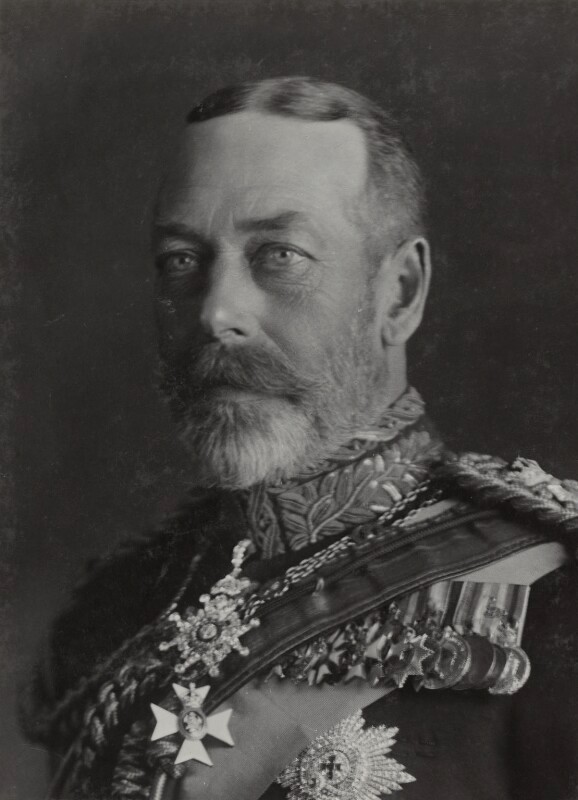 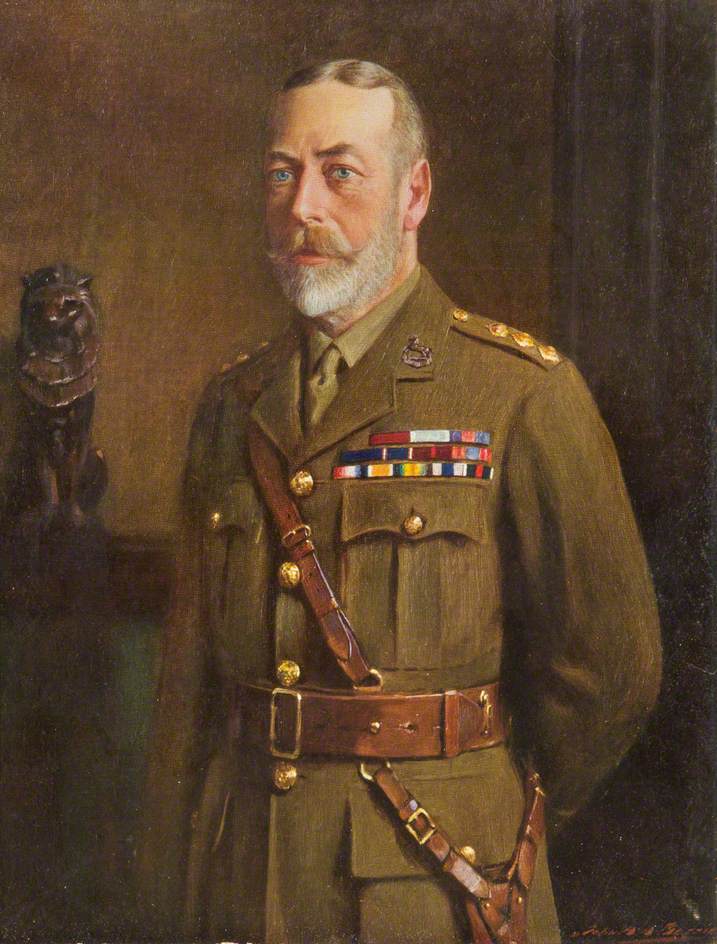 By John Berrie
Shown as colonel of his army regiment. His early career was as an active-duty officer in the Royal Navy, the army connection shown here was ceremonial.  I think this is the least well-done of the set, especially due to the unconvincing depiction of the King's body.  Perhaps Berrie did the head during sittings and painted the uniform dressed on a mannequin in his studio . 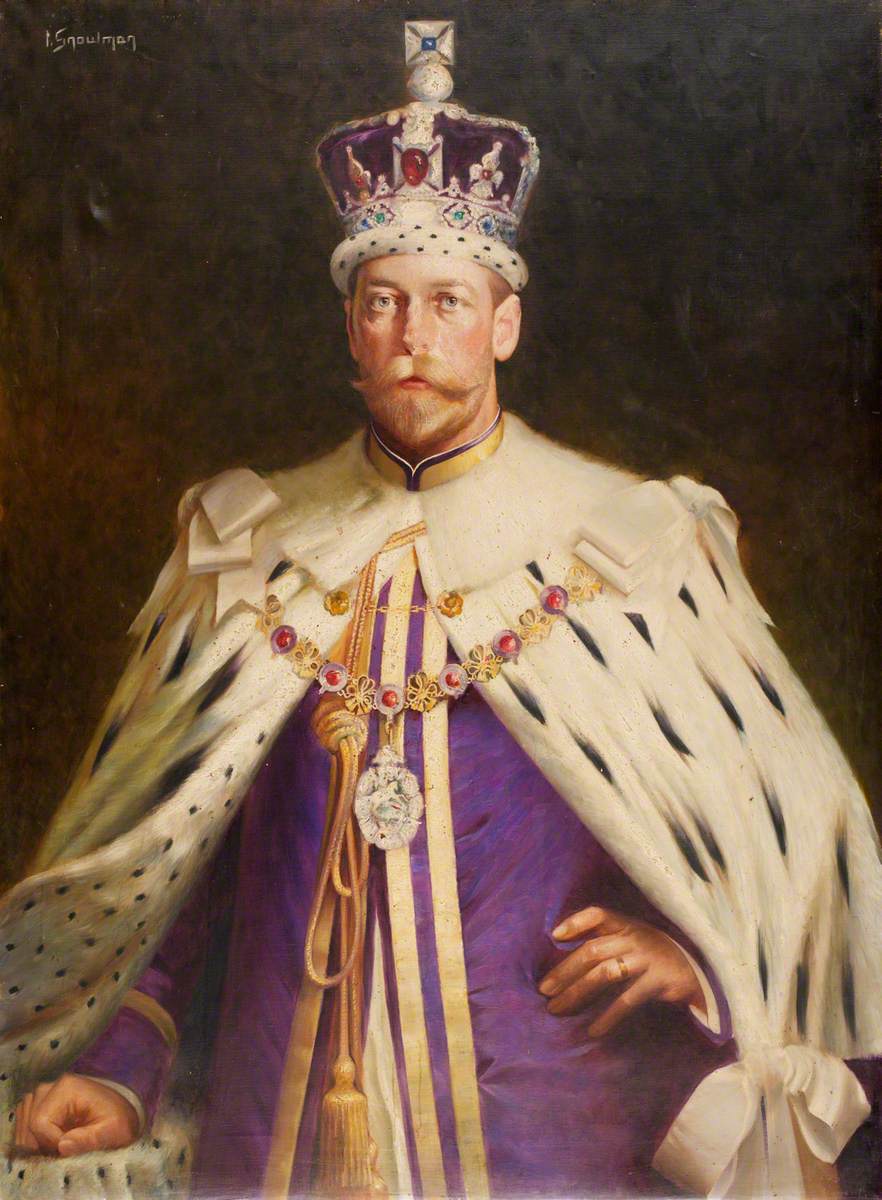 By Isaac Snowman
Another lesser work.  I have no date for this, but it was probably painted early in George V's reign. 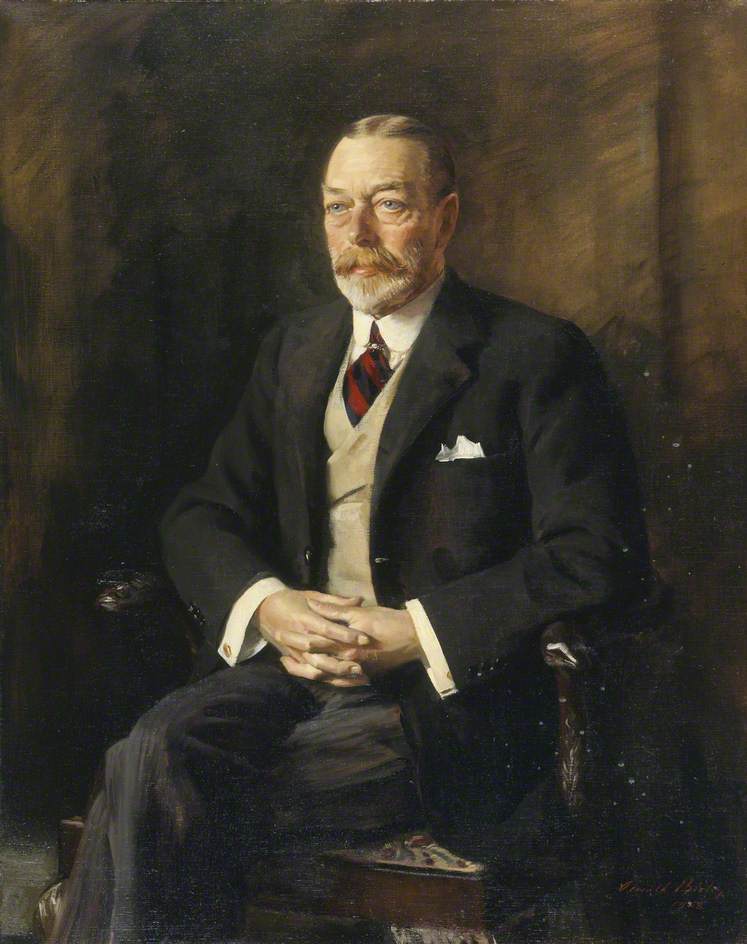 By Oswald Birley - 1928
Here the King is not dressed in ceremonial attire. 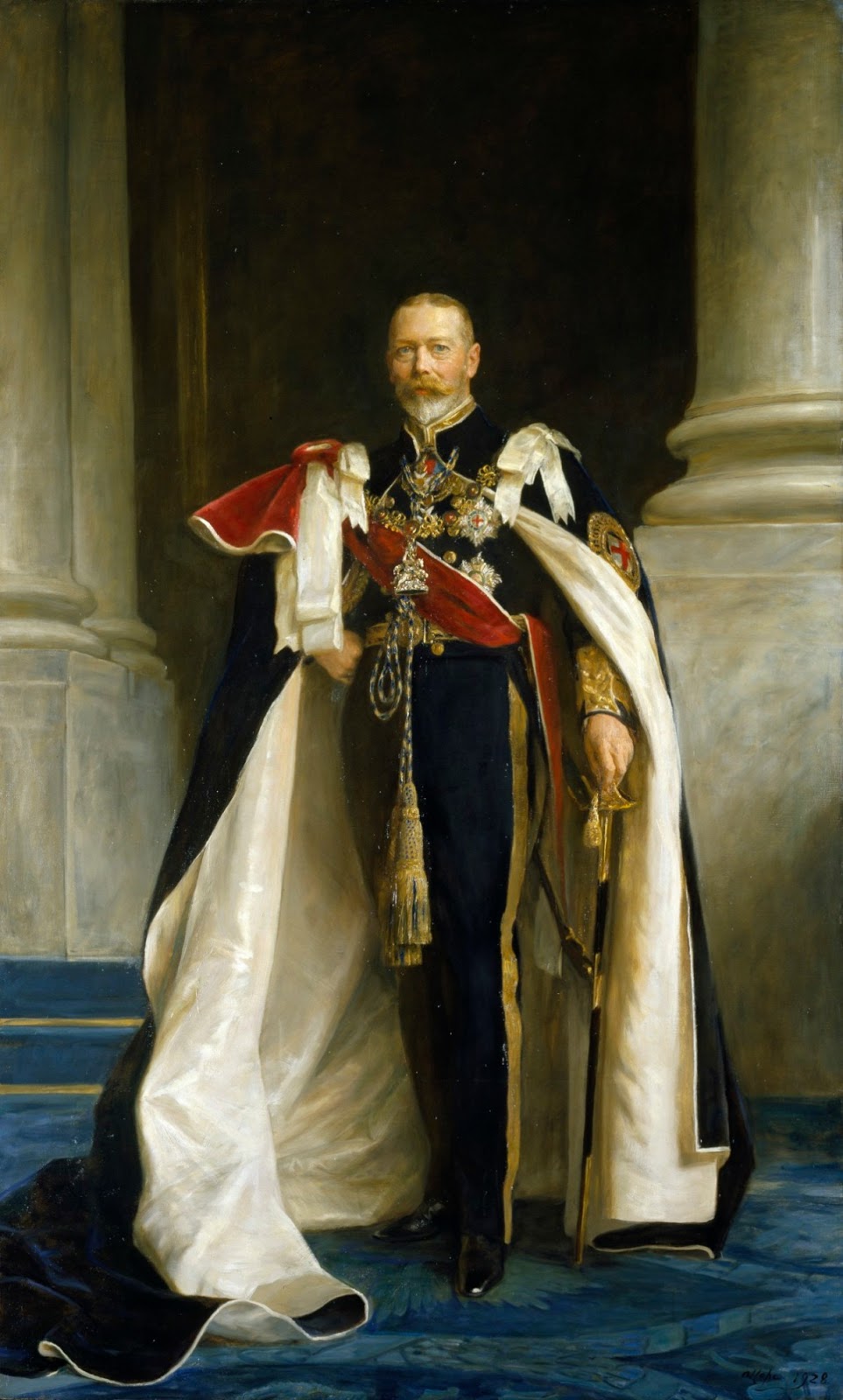 By Sir Arthur Stockdale Cope - 1928
A formal royal portrait. His dress naval uniform beneath the robe is nearly the same as the one below, pictured 17 years earlier. 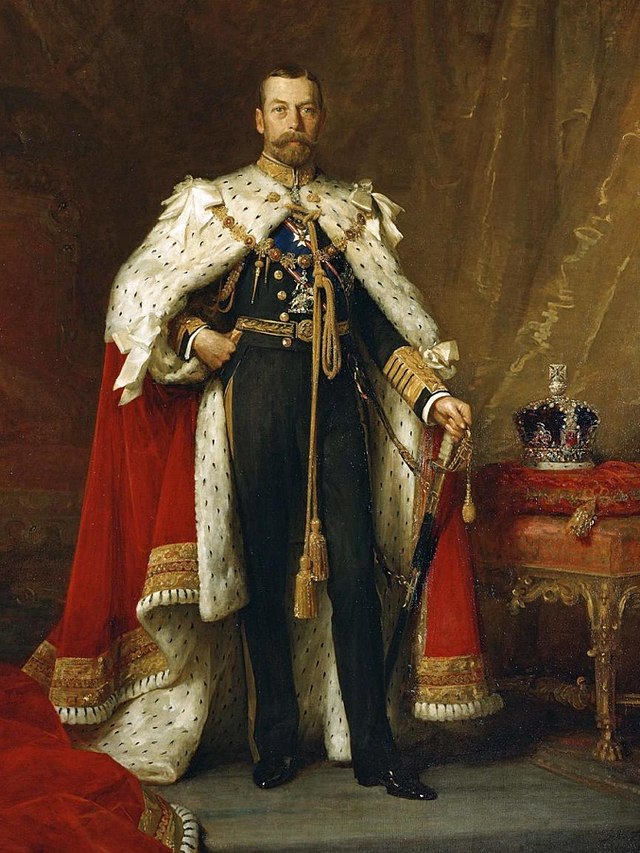 By Sir Luke Fildes - 1911
This is a portrait of George V in his coronation robes. 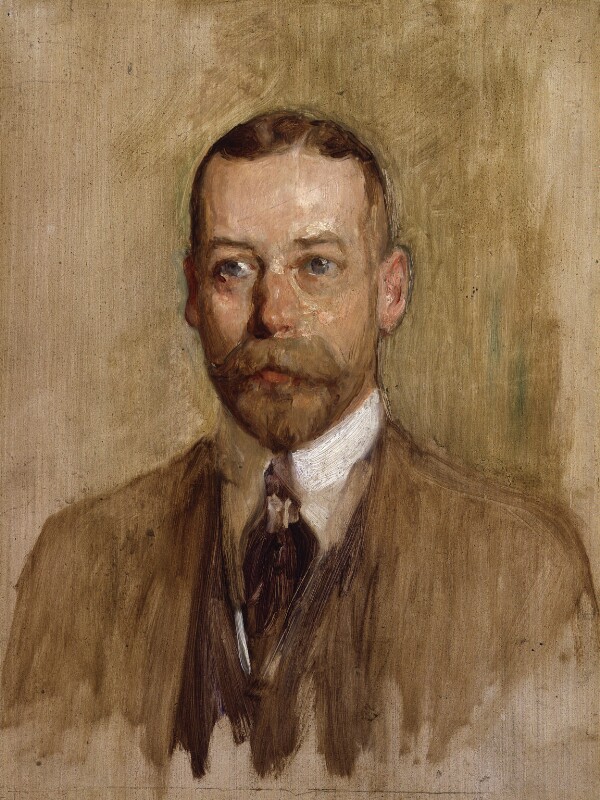 By Solomon J. Solomon - 1914
Solomon is probably best known for his non-portrait work. This panting is more of a sketch than a finished work, and it's not signed. It's the only "casual" portrayal in the set shown here.
Posted by Donald Pittenger at 1:00 AM