When I was in Málaga, Spain in November I visited a branch of St. Petersburg's excellent Russian Museum. It was holding a year-long (ending February 2019) exhibit titled "The Radiant Future: Socialist Realism in Art." A fine exhibit. Plenty of examples, some of which I even knew about before I visited. Of course I took lots of snapshots.

One of the featured, huge paintings on display was "Prospectors Writing a Letter to the Creator of the Great Constitution" completed 1937. The "Creator" of that marvelous, idealistic and fraudulent constitution was Josef Stalin, of course.

Its painter was Vasily Nikolayevich Yakovlev (1893-1953), background here, not to be confused with the Vasily Yakovlev (biography here) who was liquidated by Comrade Stalin in a 1938 purge.

What I find interesting is that Yakovlev, consciously or otherwise, borrowed the theme of the famous painting "Reply of the Zaporozhian Cossacks to Sultan Mehmed IV of the Ottoman Empire" (Wikipedia entry here) by Ilya Repin (1844-1930), painted over the years 1880-1891.

The letter Repin dealt with was negative in tone and that of Yakovlev was positive, which explains difference in body languages of the subjects. 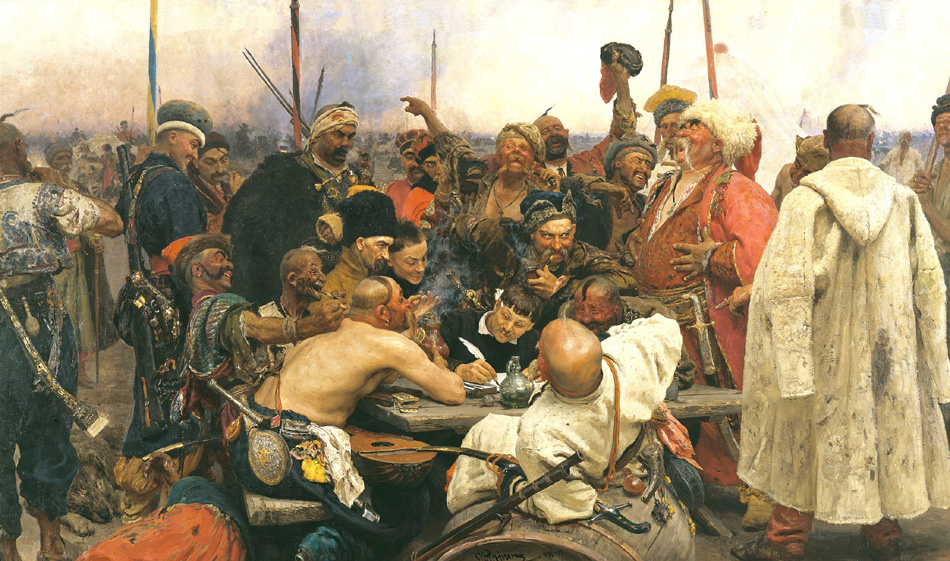 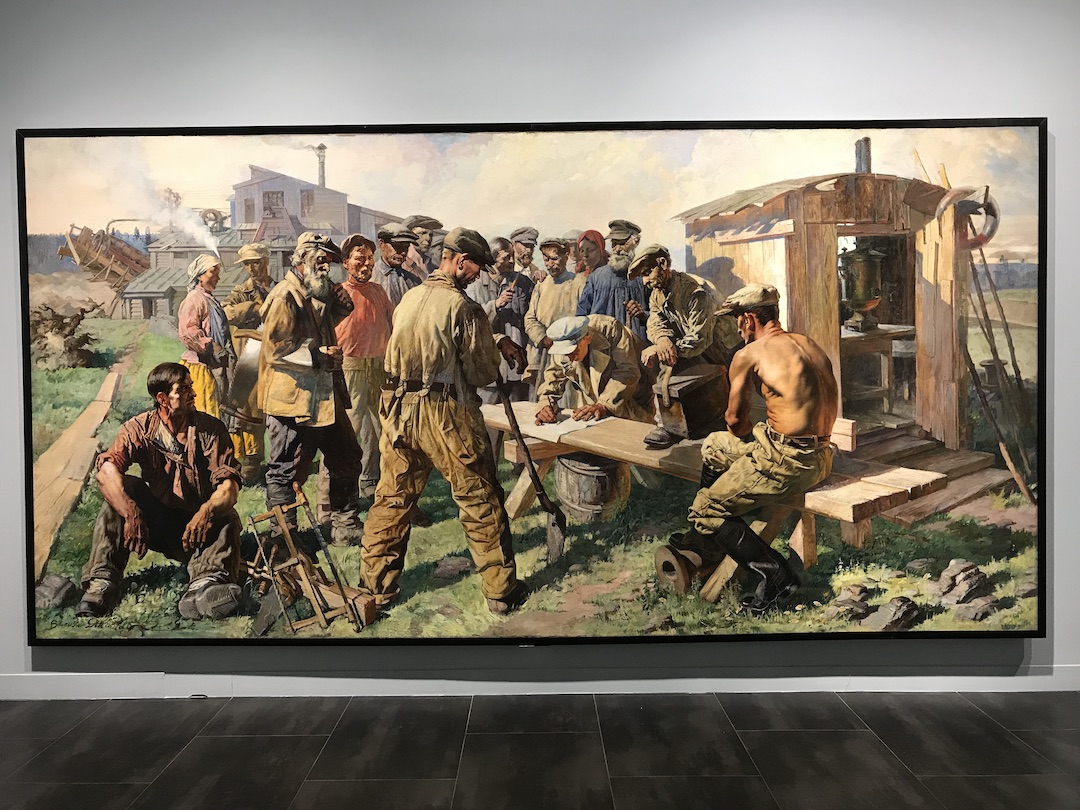 Prospectors Writing a Letter to the Creator of the Great Constitution - 1937 - Vasily Yakovlev
One measure of how large this painting is can be seen with reference how close to the floor it had to be hung. 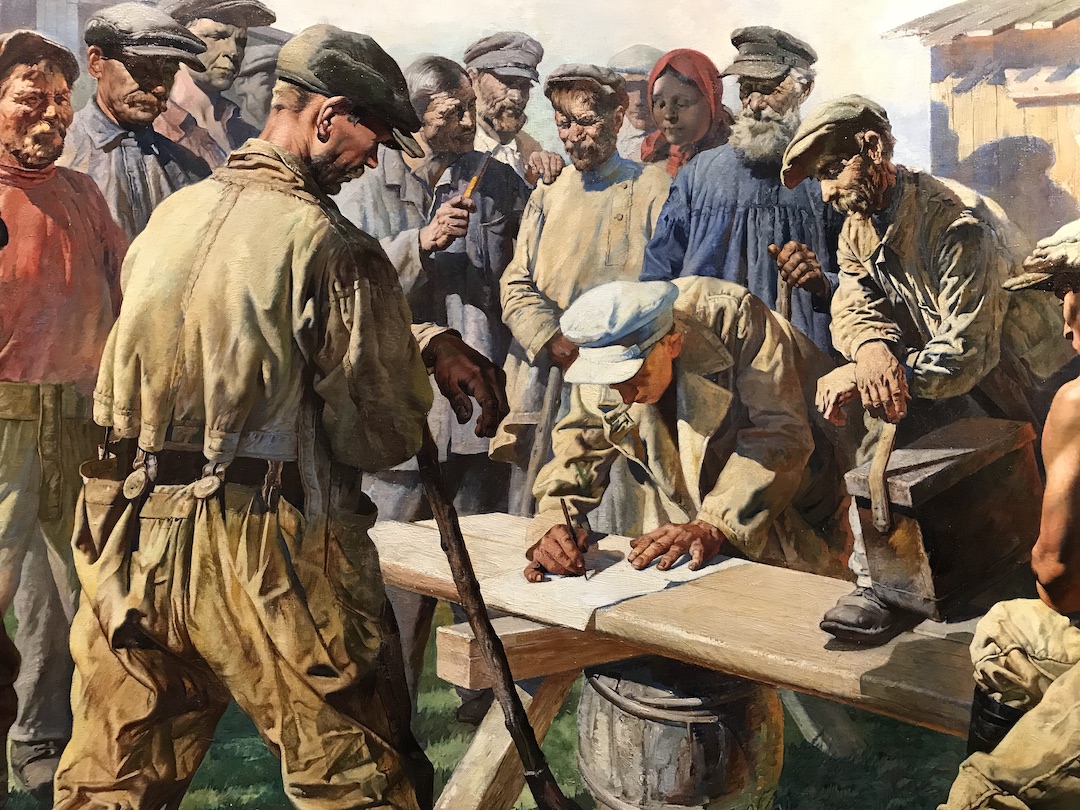 Detail of the central part of the composition.  Yakovlev used a hard-edge style.  His depiction of clothing reminds me of some of Salvador Dalí's work.
Posted by Donald Pittenger at 1:00 AM

The Wiki link bio in this post is for the wrong Vasili Yakovlev. The artist you are referring to is Vasili Nikolaevich Yakovlev (1893-1953). You may wish to check Mathew Bown's Dictionary of Russian Soviet Painters, The Russian Federation Artists Trade Union or https://soviet-art.ru/soviet-artist-vasily-nikolayevich-yakovlev-1893-1953/.