In the Beginning: Edgar Degas

Edgar Degas (1834-1917) seems forever linked to the French Impressionists. Although he was involved with their exhibitions, the styles he used over his career were considerably different from those of Claude Monet and Camille Pissarro, archetypical Impressionists. A long Wikipedia entry on Degas is here.

The present post presents some of his earlier paintings, most from when he was under 35 years old. They were painted before the first exhibit of Impressionist works in 1874 the year Degas turned 40, though the movement had begun to form in the early 1860s. Into the 1860s Degas' style tended to be traditional, but not hard-core Academic. 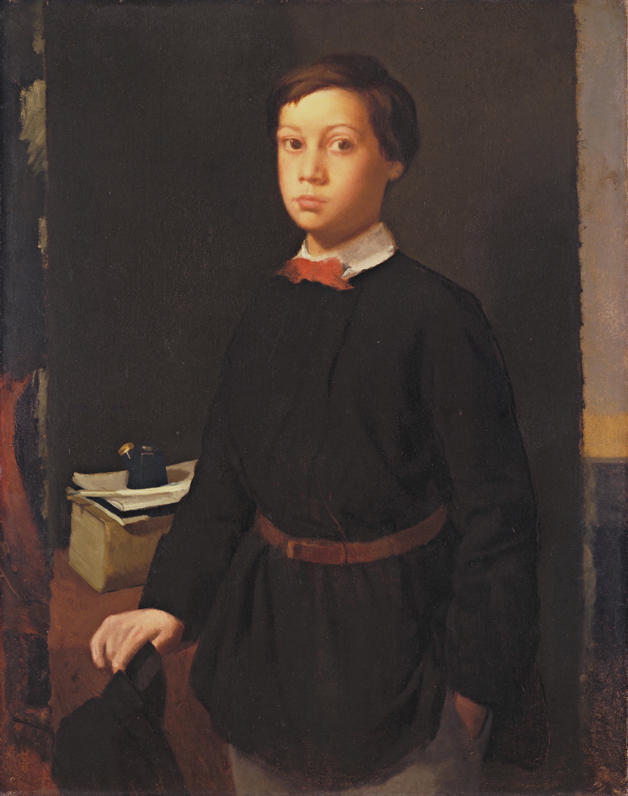 René De Gas - c. 1855
The artist's younger brother who later ran up large debts in New Orleans that Edgar took it upon himself to repay. 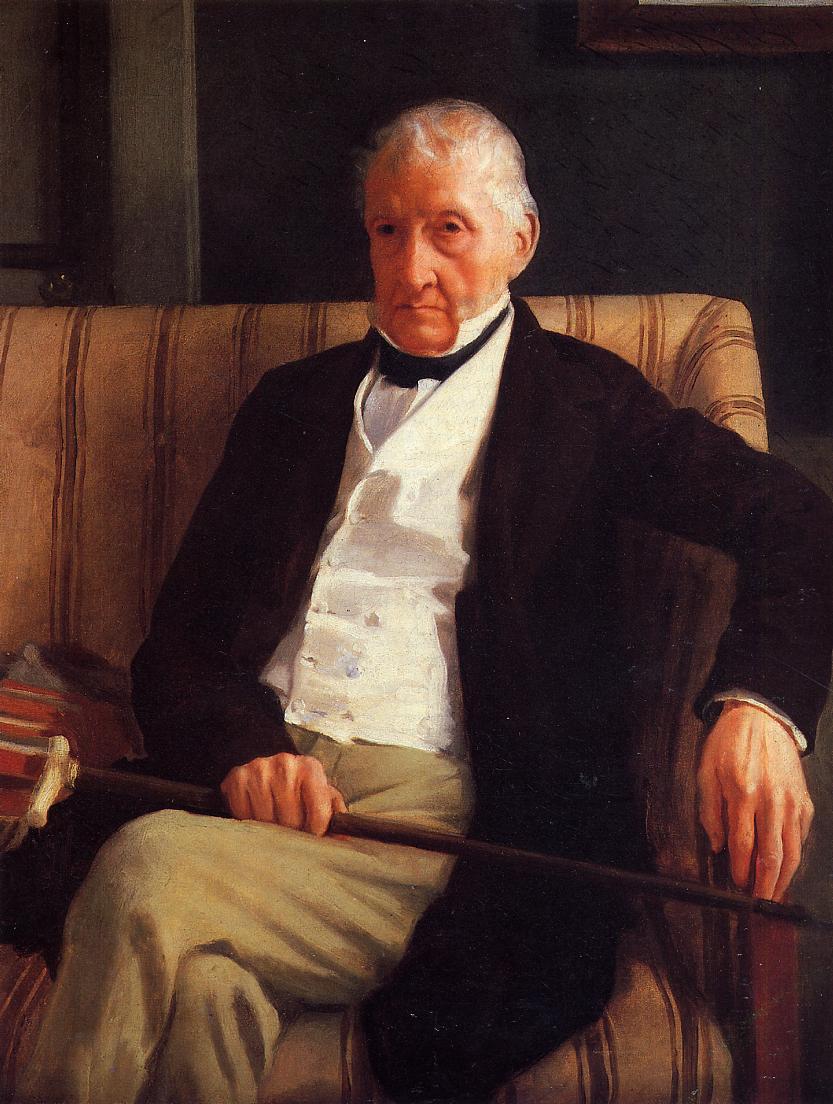 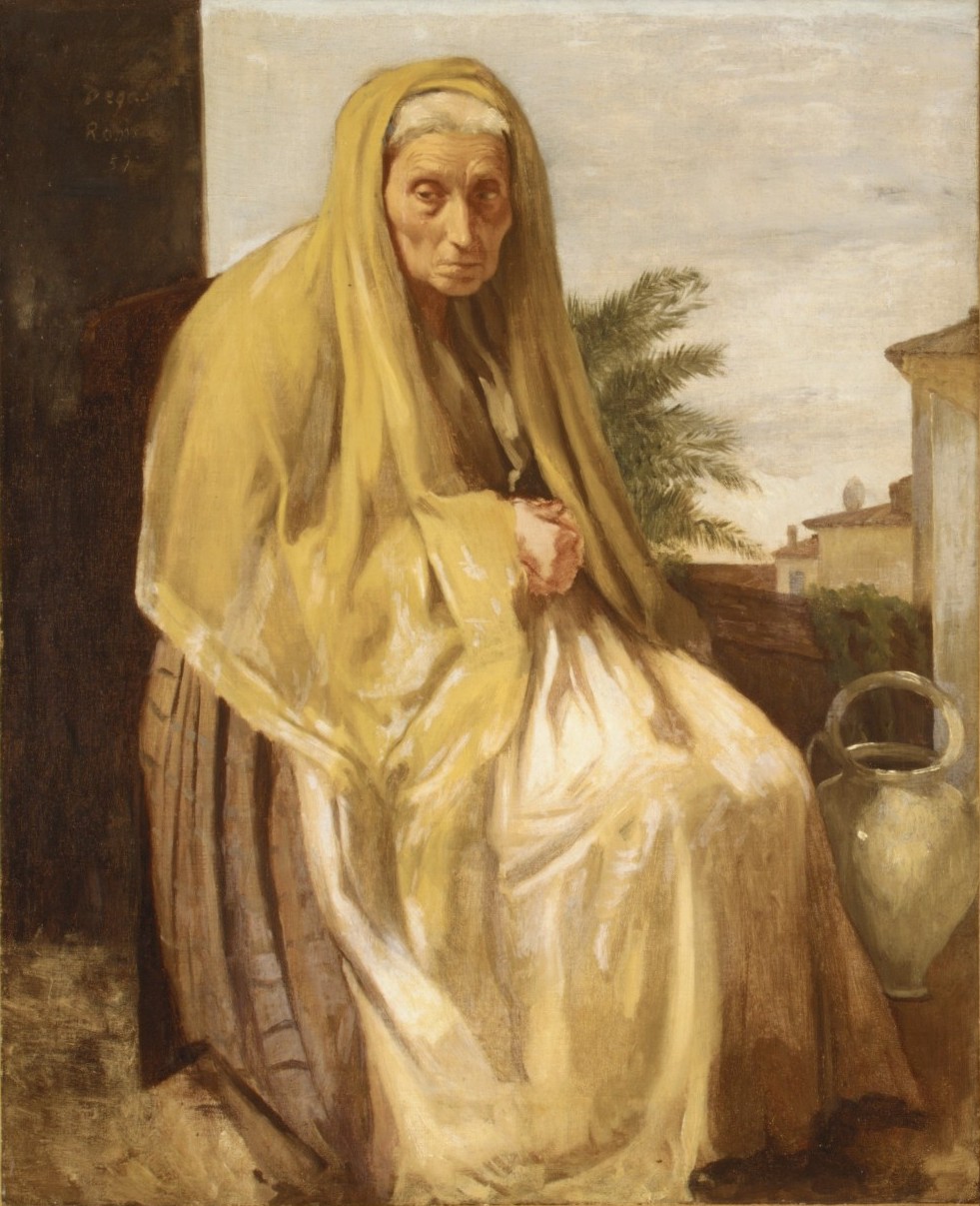 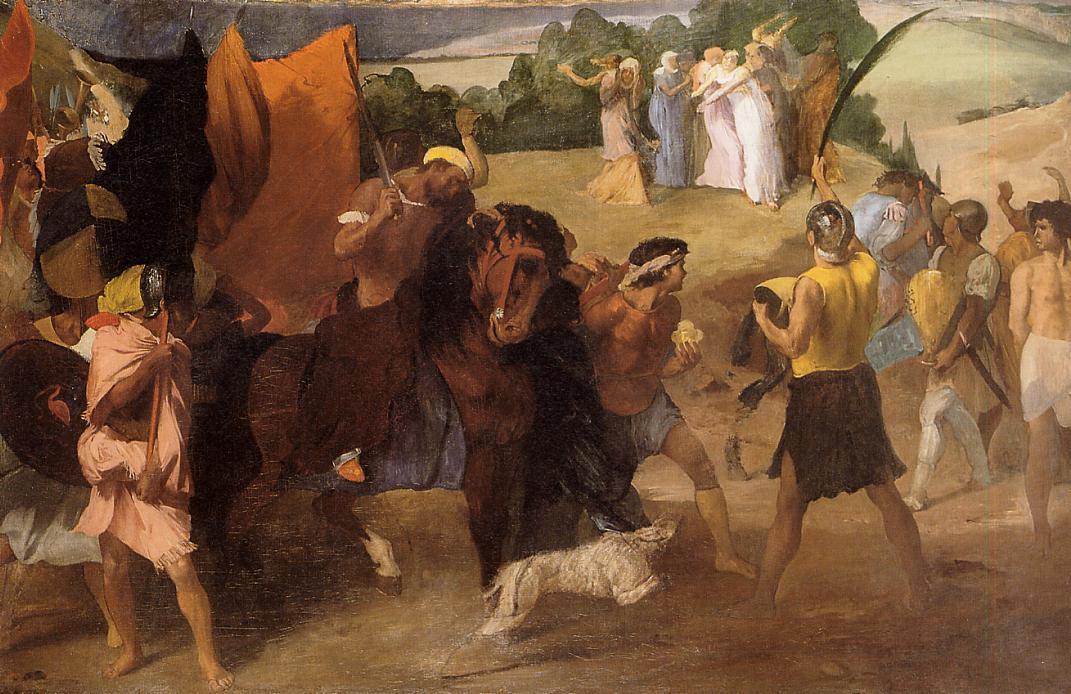 The Daughter of Jephtha - 1859-60
A classical theme, but not painted in a truly Academic manner: an academician would consider it "unfinished," which it literally is. 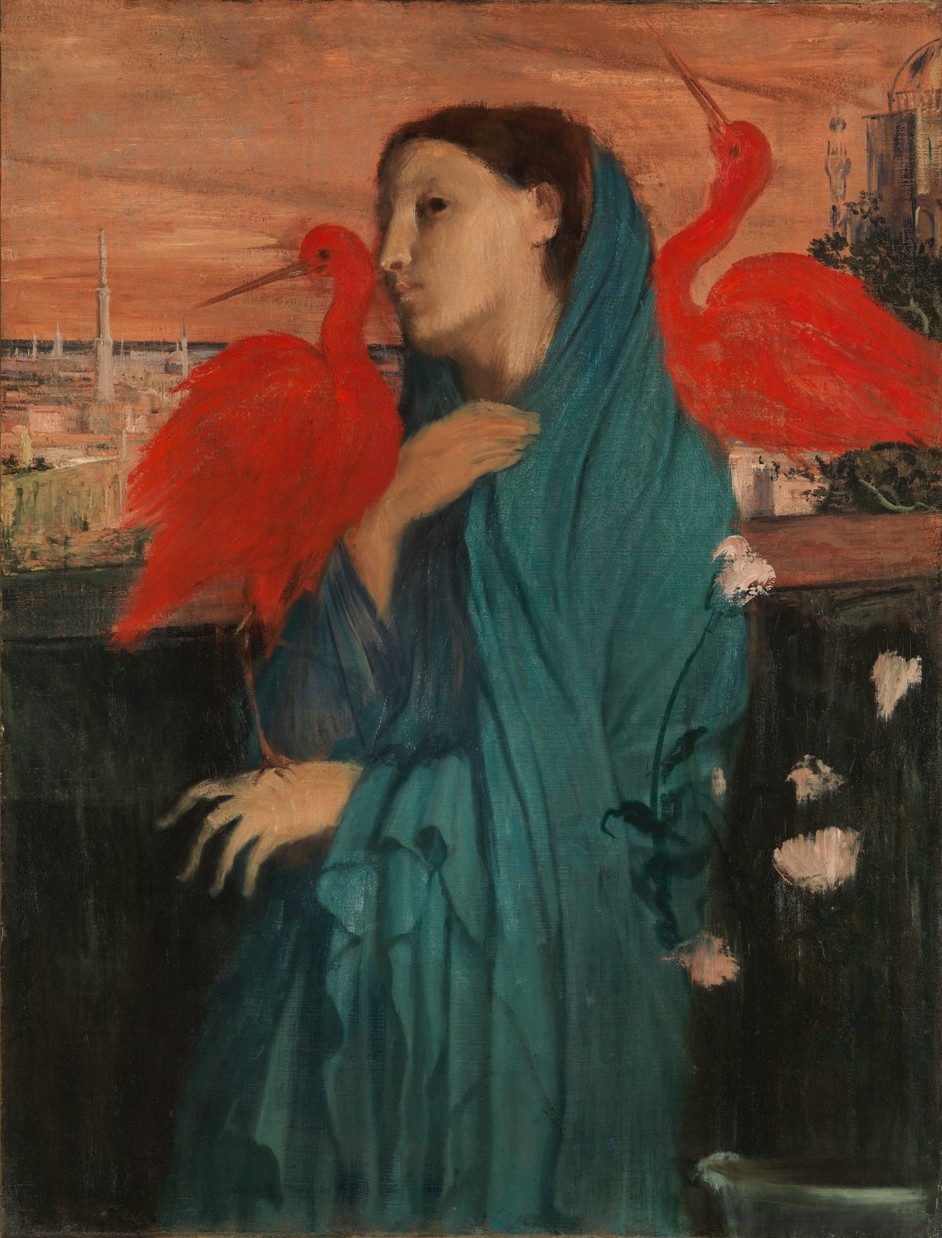 Young Woman with Ibises - 1860-62
Most of the detailing is on her garment. Note the imaginary cityscape in the background -- here Degas seems to be influenced by the Renaissance paintings he studied in Rome. 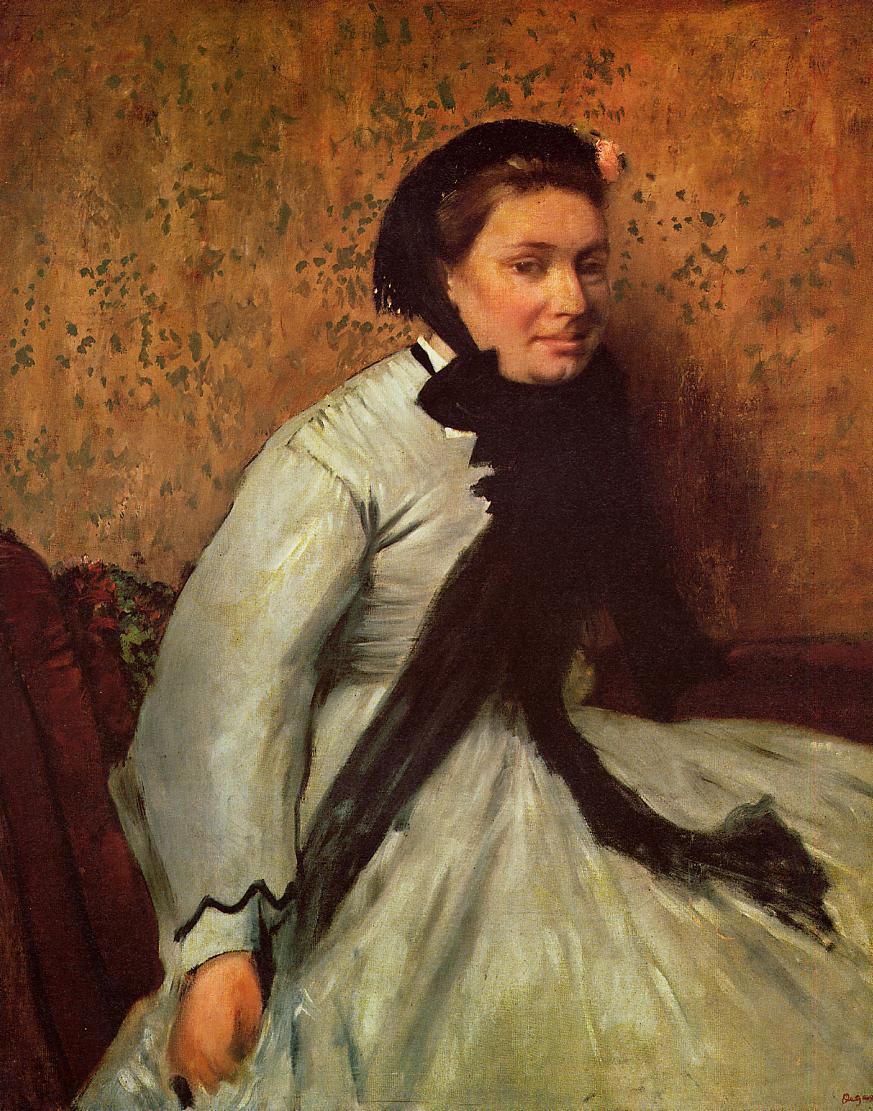 Portrait of a Lady in Gray - c. 1865
Degas had the habit of not finishing his paintings. Here the woman's face and upper body seem completed, but her arm and hand are sketched in. 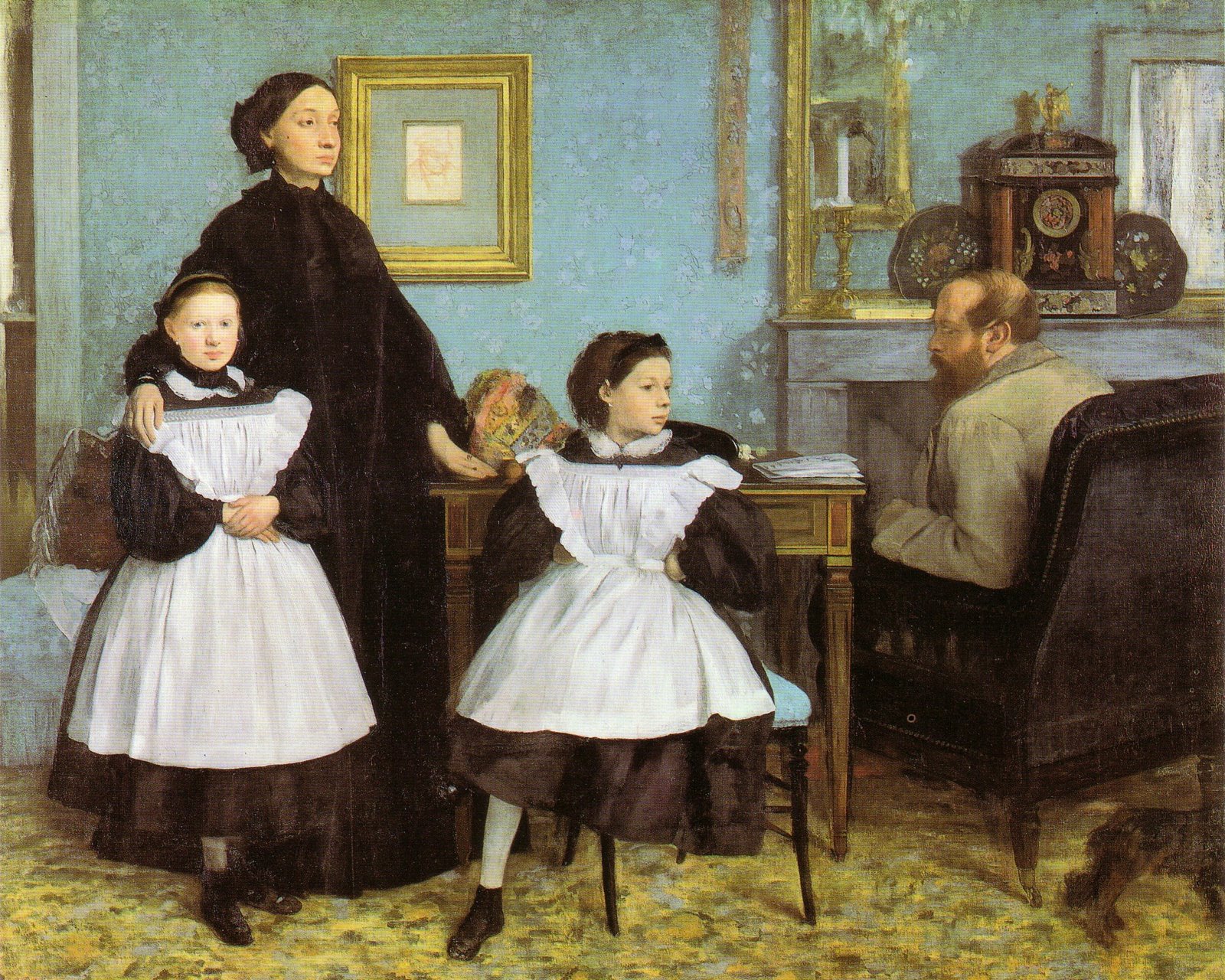 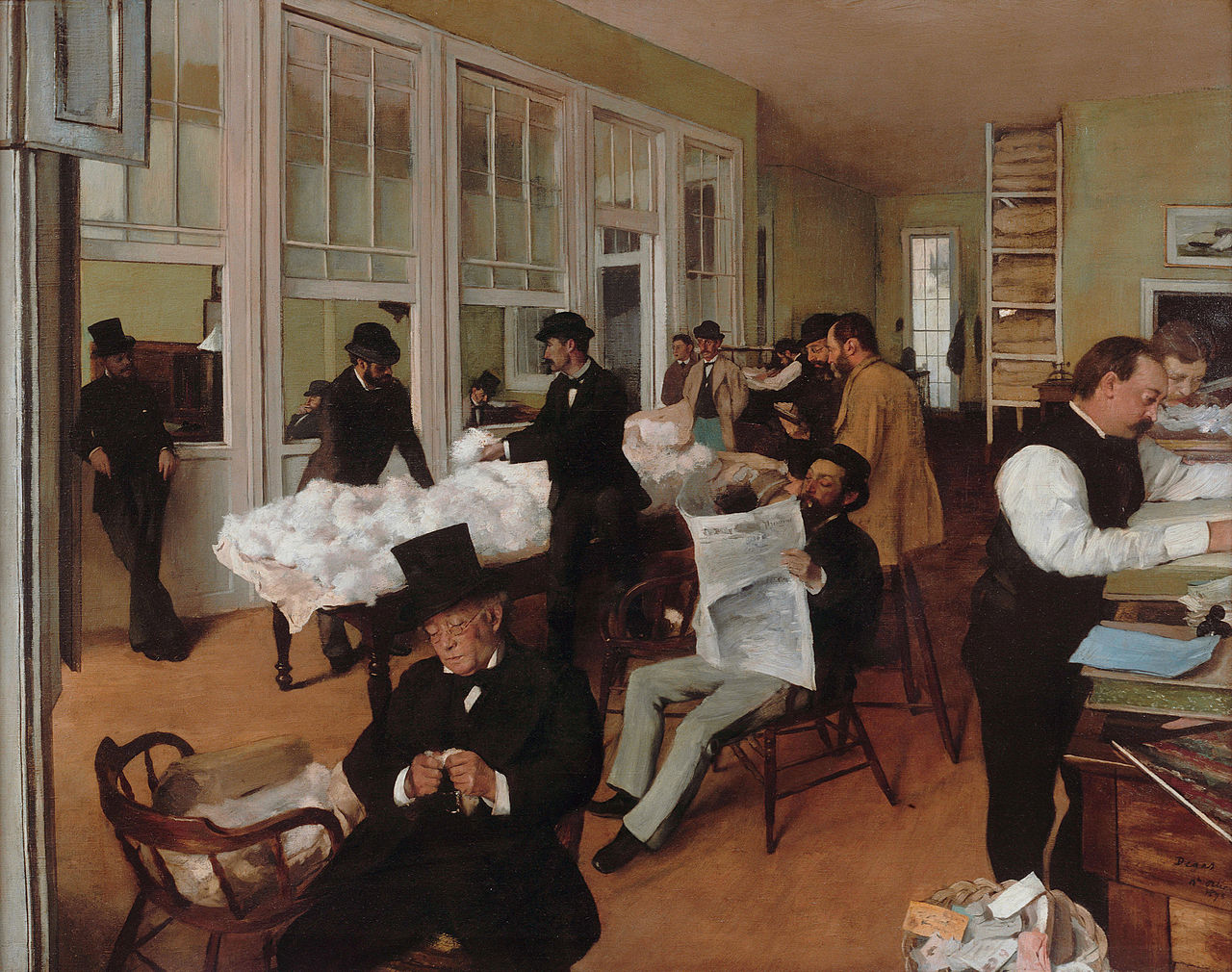 The Cotton Exchange in New Orleans - 1873
Painted years later than the others, but its style remains essentially traditional. However, note what seems to be forced perspective of the room.
Posted by Donald Pittenger at 1:00 AM