Garrett Price of the New Yorker

Garrett Price (1897–1979) is best known -- to me, at least -- for his New Yorker cartoons. His career was more varied than that, however. Besides cartoons, he illustrated books and for three years wrote and drew a comic strip. His Wikipedia entry is here, and here is a lengthy piece that goes into a good deal of detail regarding Price.

Successful though he was, Price's cartoon style strikes me as being more functional than distinctive. Fellow New Yorker cartoonists Charles Addams and Peter Arno, for example, had highly distinctive styles and became famous, unlike Price.

Examples of Price's work are below. Be aware that New Yorker cartoonists often (perhaps usually) did not come up with the ideas they illustrated: outsiders regularly submitted ideas to the editor. 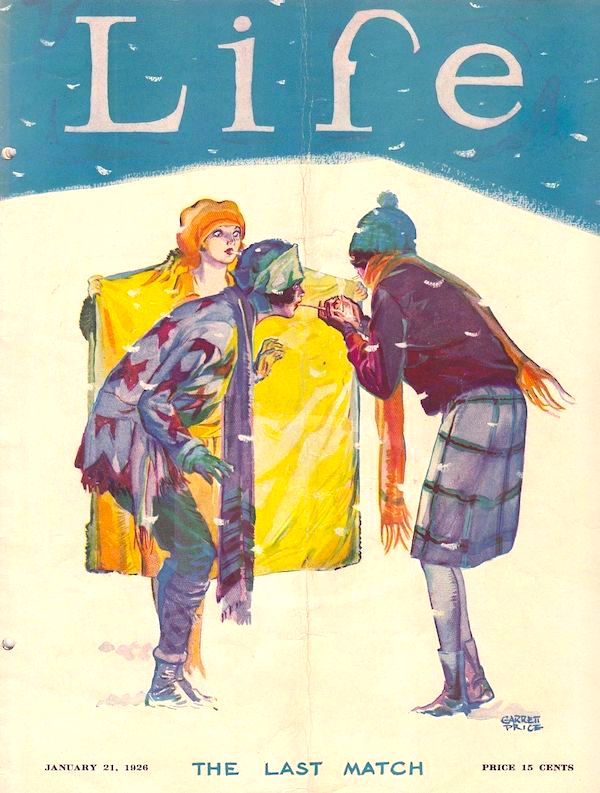 Life cover - 21 January 1926
Price did not work exclusively for The New Yorker. 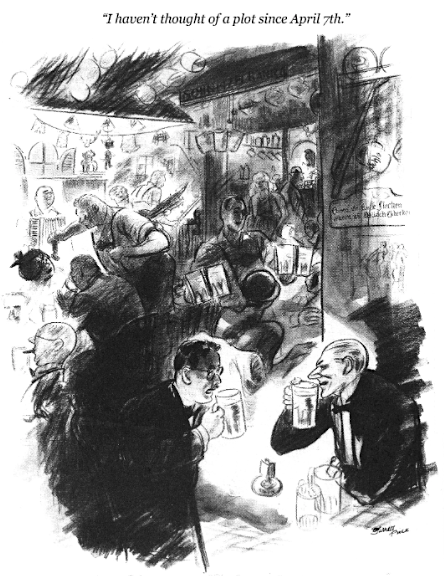 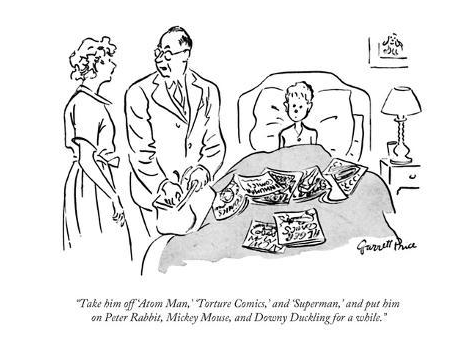 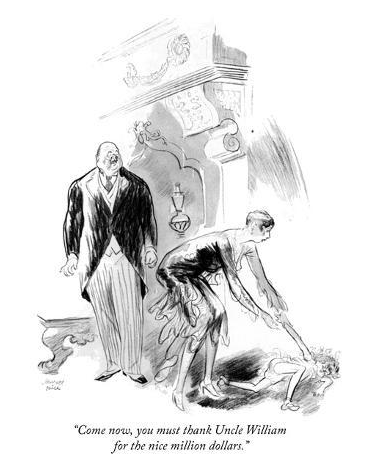 New Yorker
Judging by the woman's dress, this was a late 1920s cartoon. 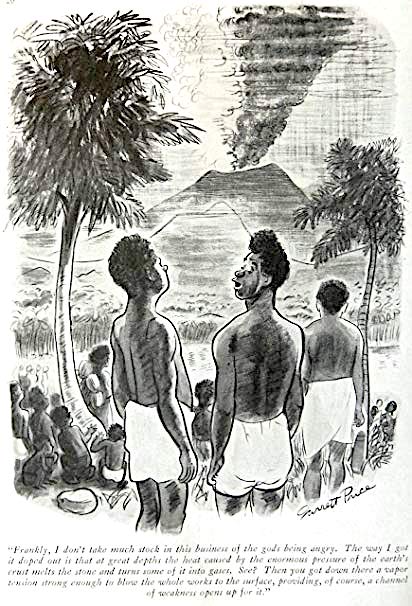 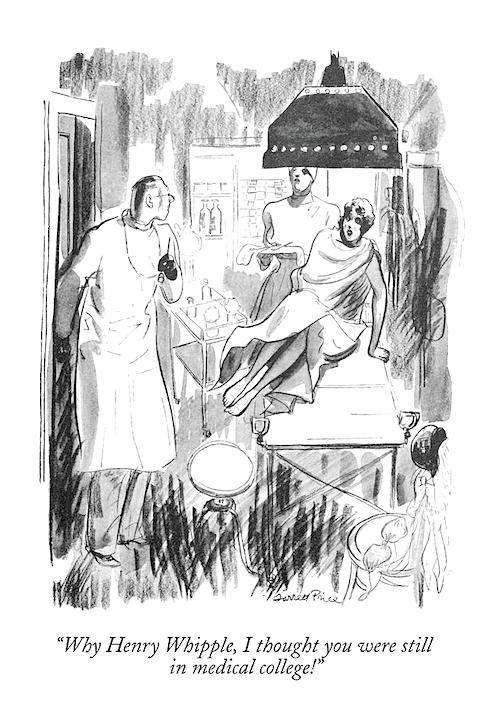 New Yorker
The girl is nicely posed and drawn. Clearly Price often dialed down his illustration skills for his cartoon work, but not here. 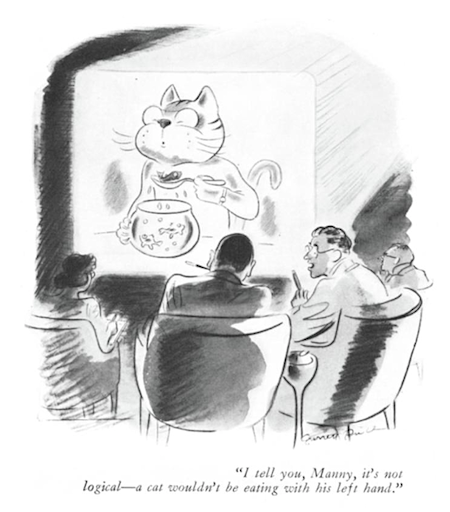 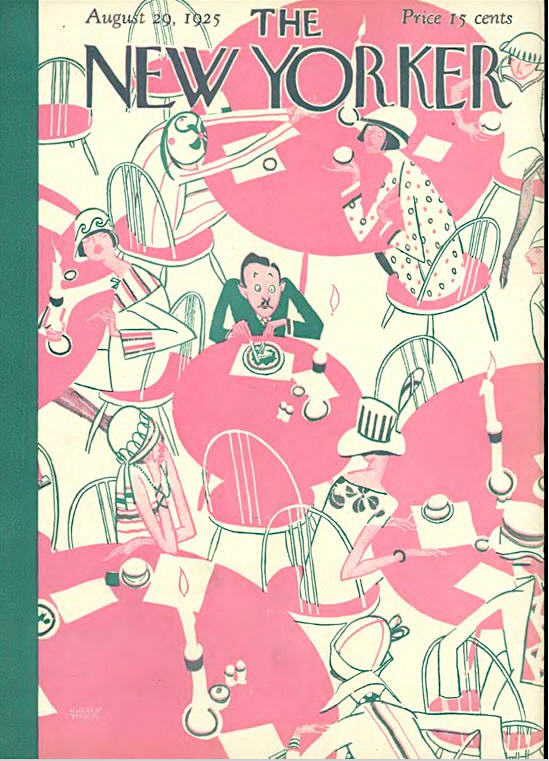 New Yorker cover - 29 August 1925
A cover from the earliest days of The New Yorker. I suppose the joke is that the man is eating, whereas the flappers are having coffee or tea, but I could easily be wrong. 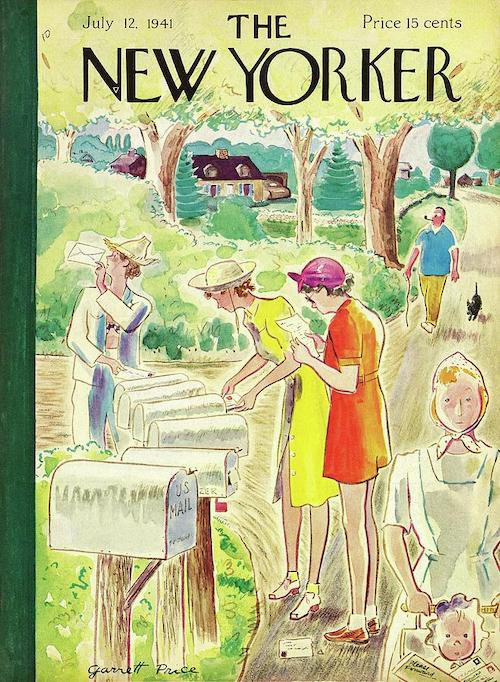 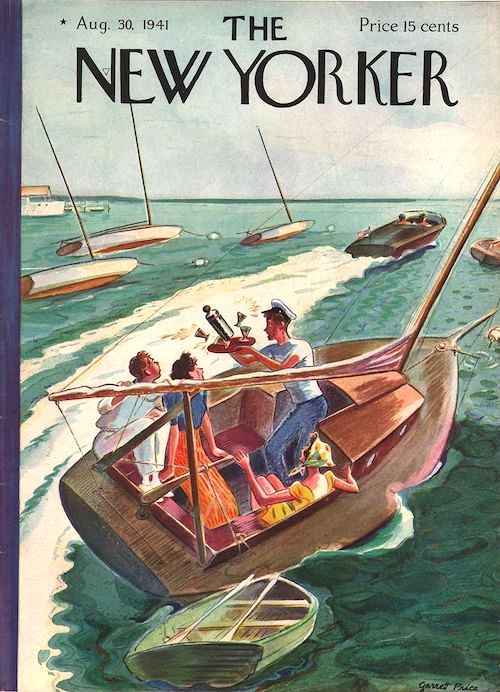 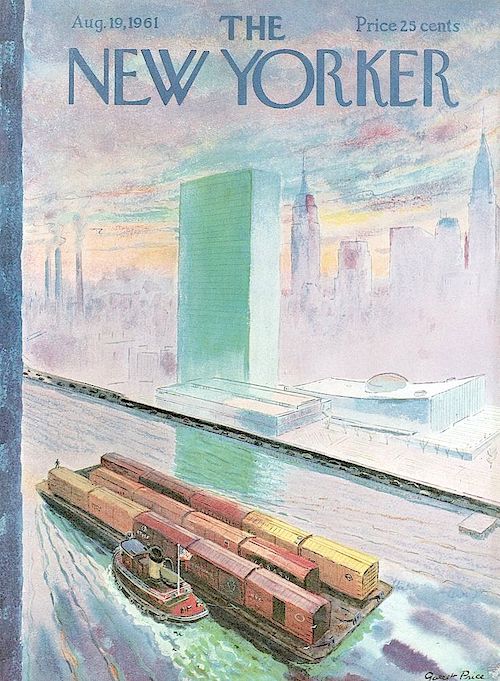 New Yorker cover - 19 August 1951
This cover notes the opening of the United Nations Secretariat building.
Posted by Donald Pittenger at 1:00 AM