In the beginning: Giovanni Boldini

Giovanni Boldini (1842-1931) made a large number of flash-and-dash style society portraits, mostly of women, beginning in the 1890s. Those works are what most of us think of, if we are aware of him. As is usually the case, it took a while before he evolved that style -- the better part of three decades, actually. This post presents some of his earlier paintings, showing some of the variety of styles he used before age 40.

Boldini's Wikipedia entry is here, and includes a large number of images of his work. Like in the Gallery below, they are arranged in approximate chronological order. 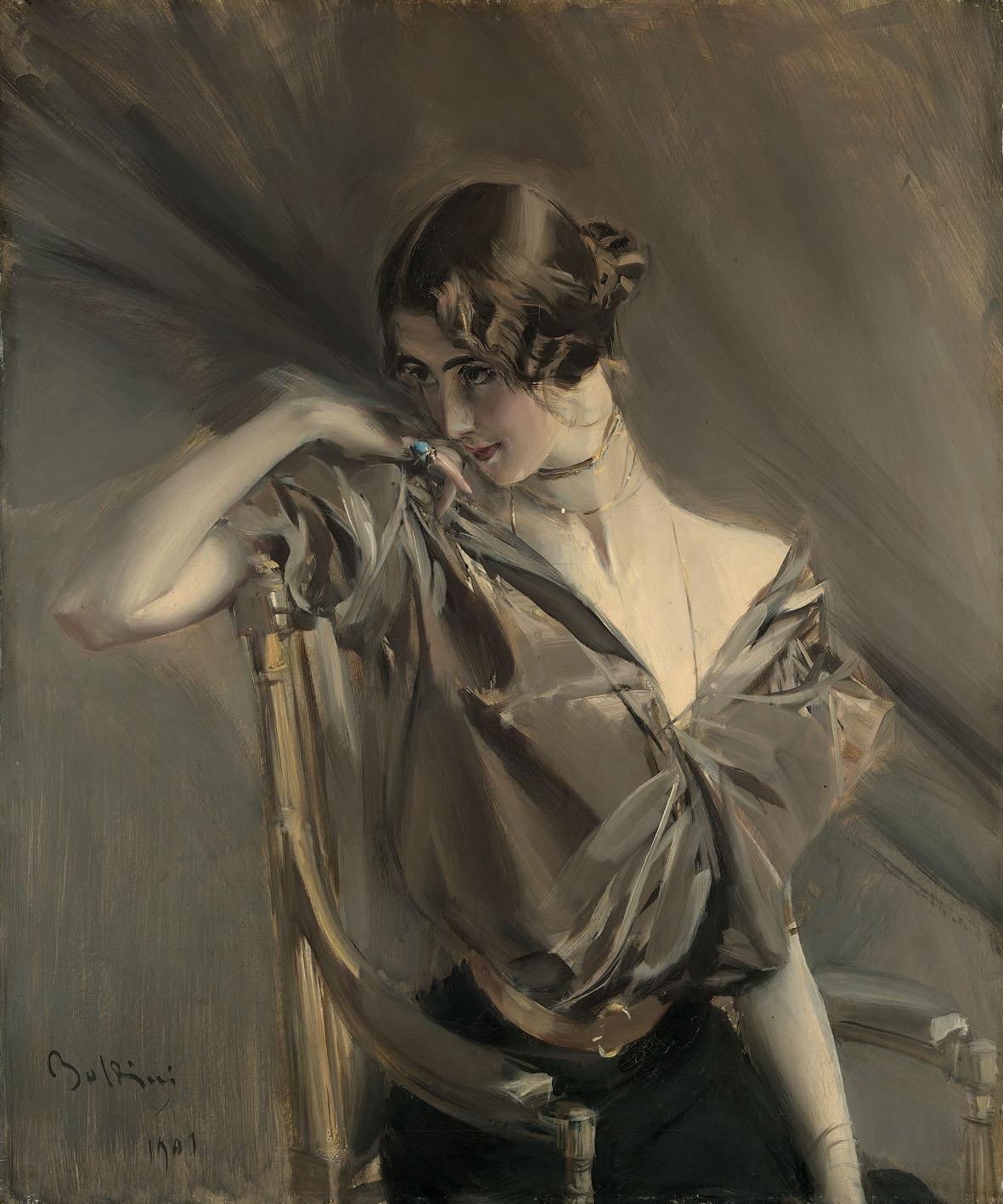 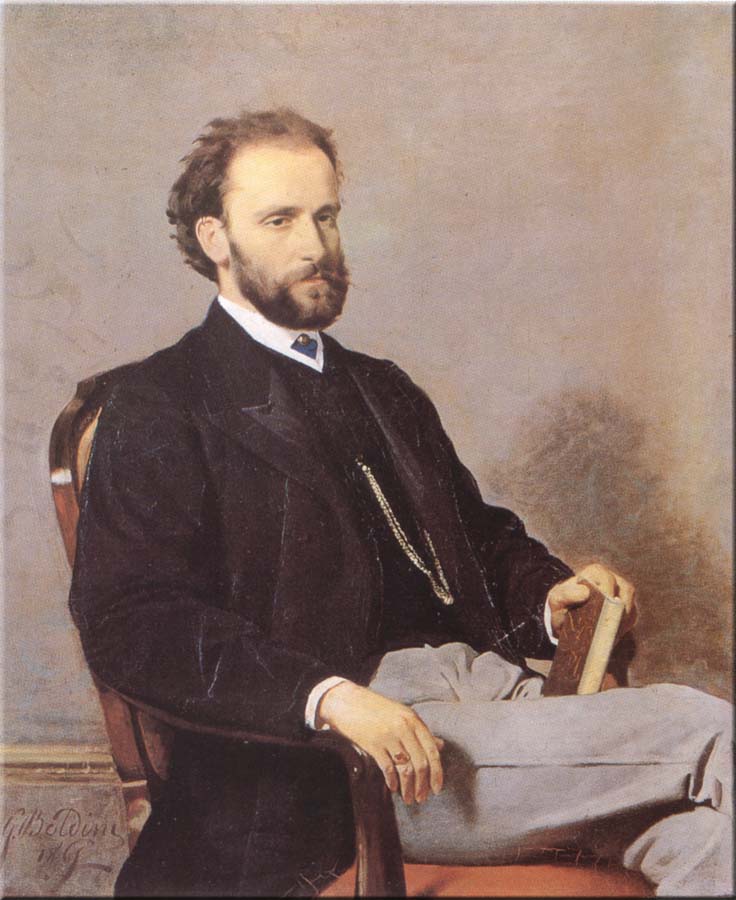 Comotto, the Lawyer - 1865
Painted when Boldini was about 23 years old. Very conventional. 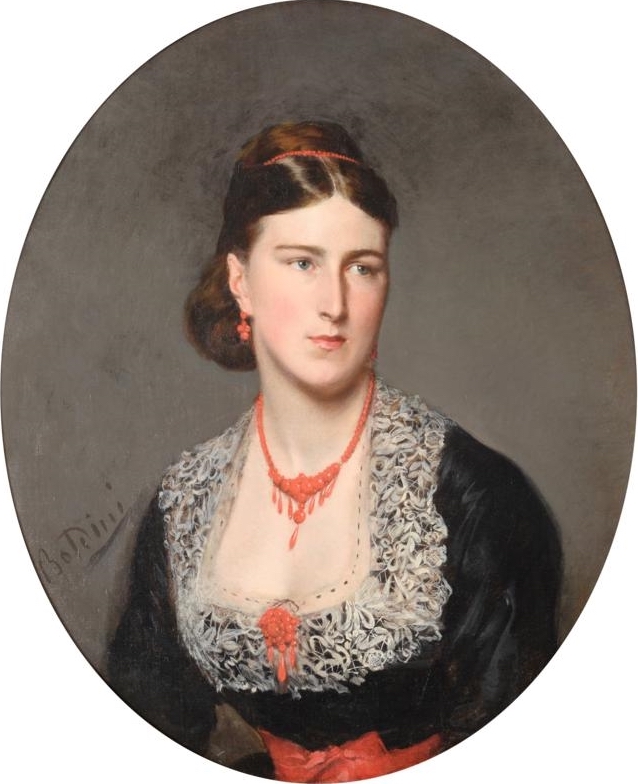 Florence Chambres - 1860s
Another conventional portrait, its date is unknown. 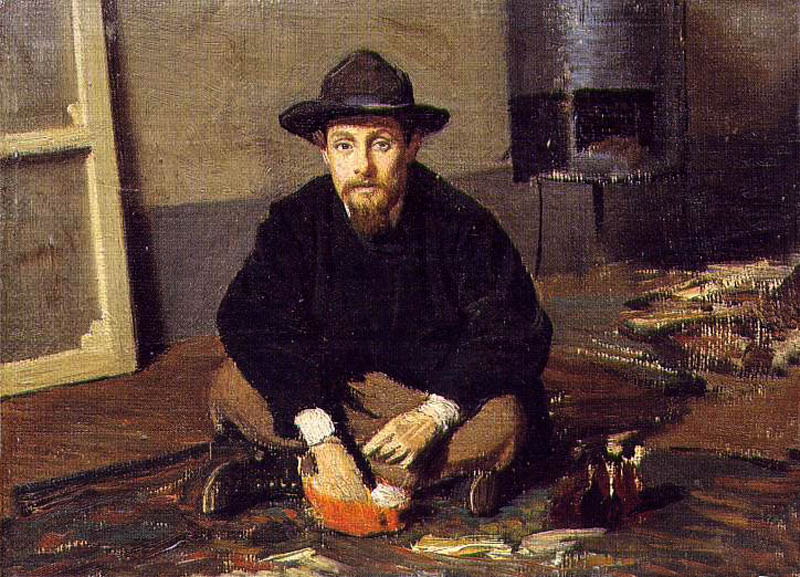 Diego Martelli - 1865
Martelli was a fellow artist. I saw this sketchy portrait at the Pitti Palace in Florence several years ago. 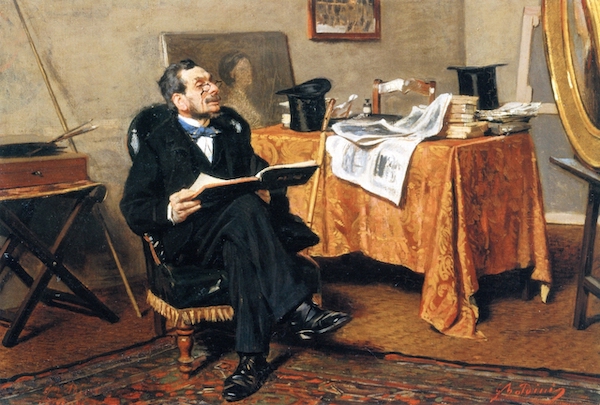 The Art Lover - c. 1866
A more conventional work from about the same time. Boldini was quite capable of making traditional paintings, unlike many later modernists. 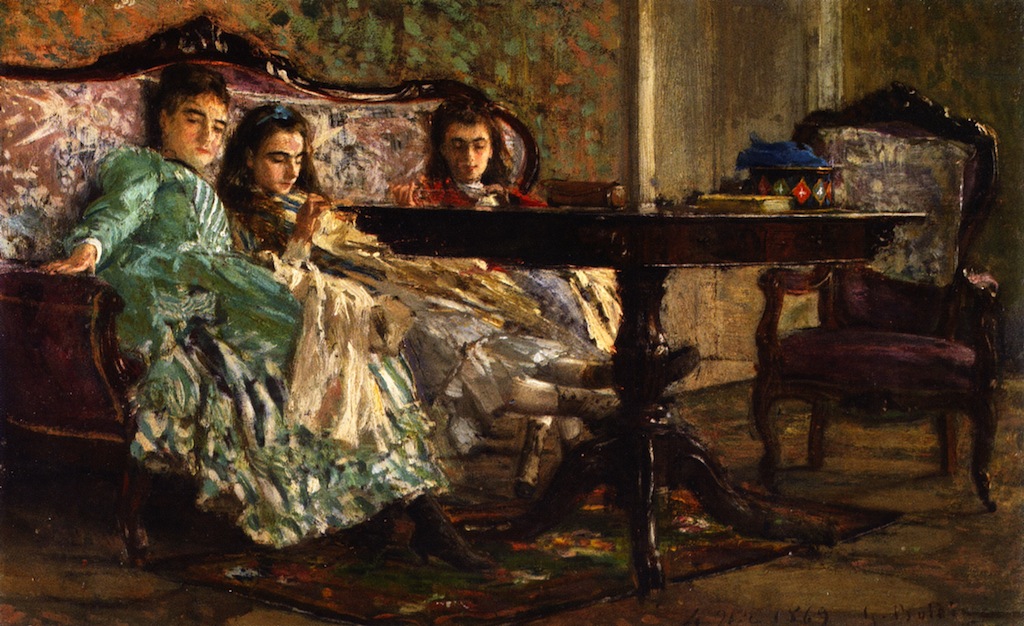 Lascaraky Sisters - 1869
Here he shifts to a more thickly painted style where everything seems heavy. 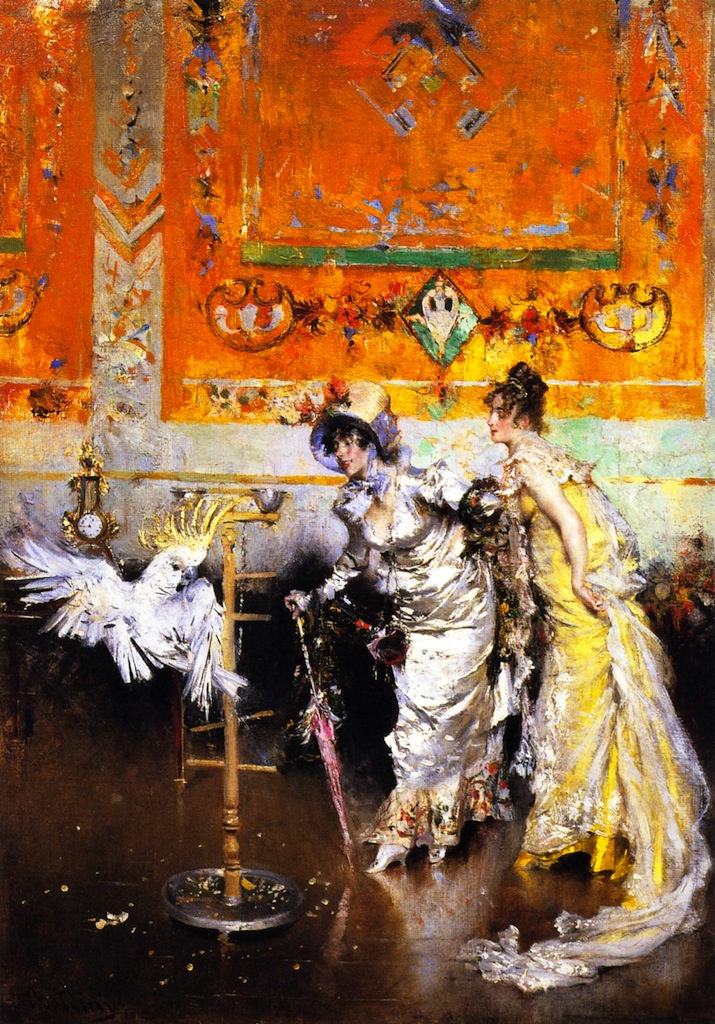 Teasing the Parrot - 1872-74
A few years later he lightens thing up somewhat. 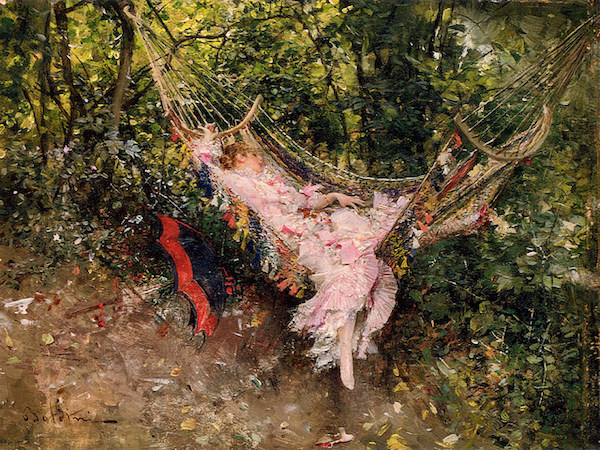 The Hammock - 1872-74
From about the same time. His brushwork is becoming much more evident. 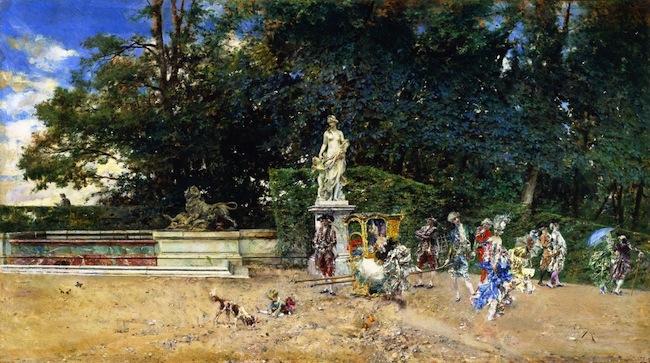 Noonday Promenade, Versailles - 1876
During the late 19th century there was a mini-fad for 18th century court scenes such as this. I wonder if Boldini painted this and a few similarly-themed works to cash in on that fashion. 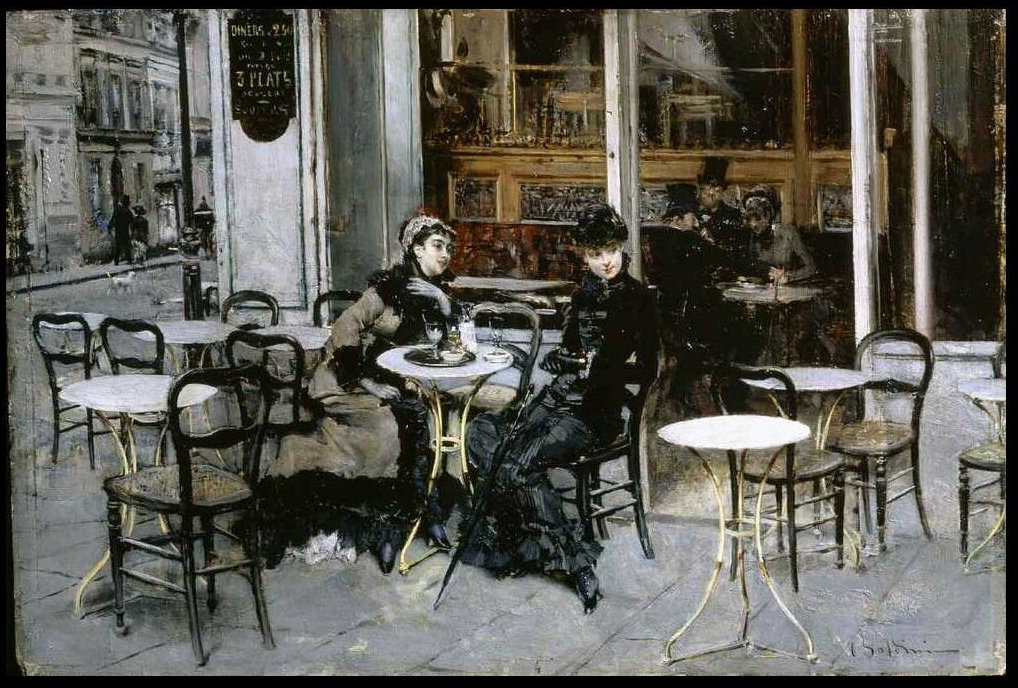 Conversation at the Café - 1877-78
Here Boldini brings in Spanish-influenced blacks, something he used in a number of later works. The feeling of this painting is coming close to his mature style. 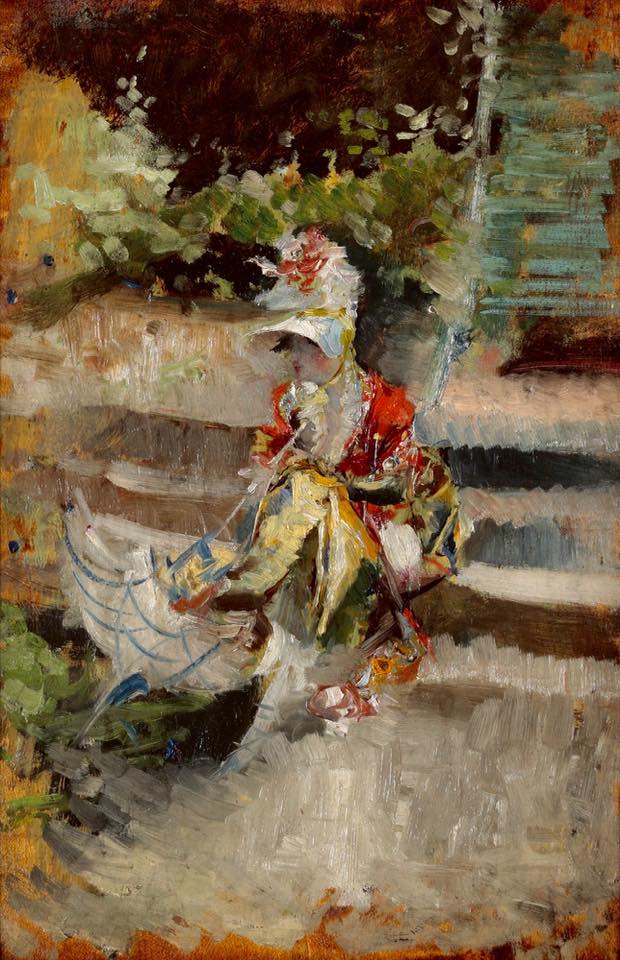 Lady with a Parasol - 1876
This seems to be a sketch or study.  I include it to show that he was experimenting with square-brush technique, an approach later used more consistently by the likes of Leo Putz. 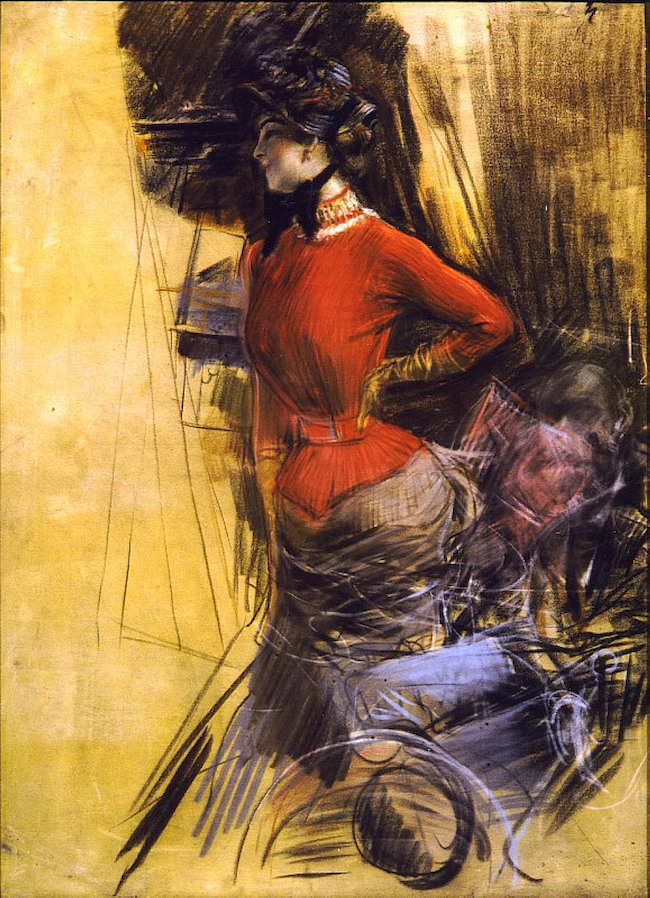 Lady in a Red Jacket - 1878
I'm not positive the date is correct (one has to be cautious of what finds on the internet without corroboration). If it was painted in 1878, this sketchy work comes close to Boldini's classic style.
Posted by Donald Pittenger at 1:00 AM

Boldini needs to be seen in the flesh. Last year I saw
"Crossing the Street" an excellent example of his work
but sadly represented in reproduction.