J. Allen St. John and the Worlds of Burroughs 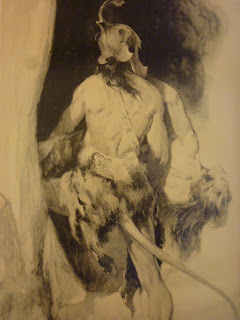 The illustration shown above is from the 1921 publication of "Tarzan the Terrible" by Edgar Rice Burroughs (1875-1950). I remember it from my childhood. My father had come across a copy of the book which he read as a boy. I recall it being exciting and scary in parts: would Tarzan survive the scrape he was in?

The illustrations printed on slick paper were placed here and there amongst the text. I suppose I must have thought that they were okay, but incidental to the story. Still, upon seeing the one where Tarzan's Jane is being carried off by Mo-sar, recognition instantly clicked on and memories flooded in.

The Illustrator was J. (James) Allen St. John (1872-1957). A short Wikipedia entry for him is here and another short biographical note here.

St. John received formal art training and made a living painting portraits and other works until he began producing cover and interior illustrations for Burroughs' hugely successful adventure books about Tarzan, John Carter of Mars and others. His Burroughs work was not exclusive: he did not illustrate either the first Tarzan or first Carter books, but did most of the rest. Late in the game Burroughs, who liked St. John's work, brought in his own son to provide covers and other illustrations. In the meanwhile, St. John taught art and painted cover illustrations for the "pulp" magazine trade.

St. John's works were influential for other adventure and fantasy illustrators. However, since around the 1950s, most practitioners have taken the Frank Frazetta route of highly exaggerated depictions of humans. People in St. John illustrations were usually normal looking, though definitely fit.

Below are some examples of St. John's work for Burroughs books. 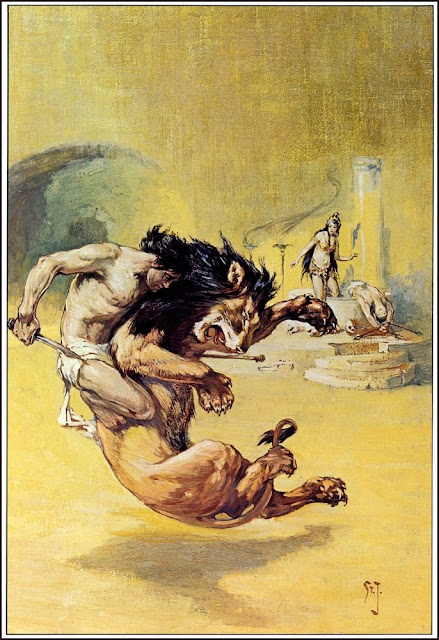 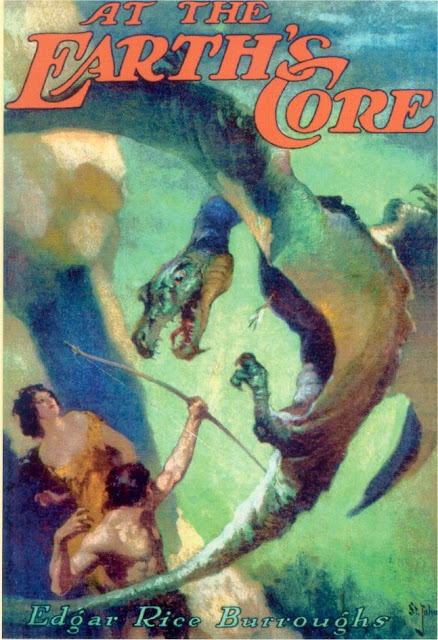 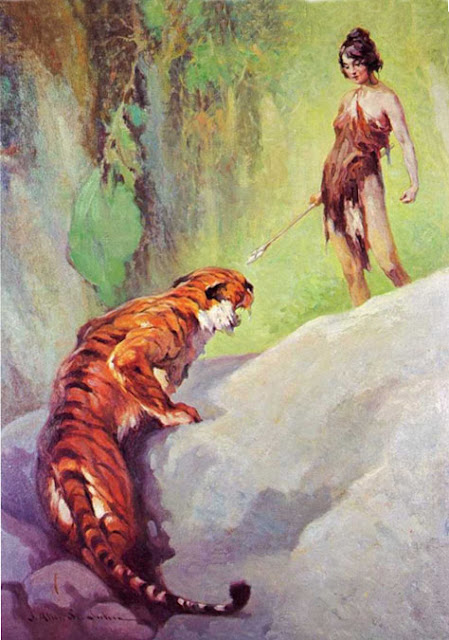 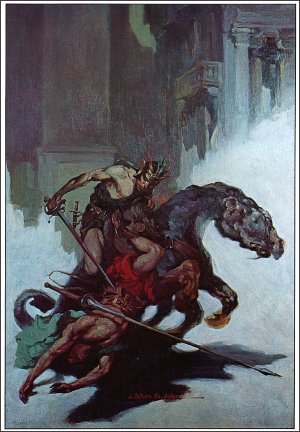 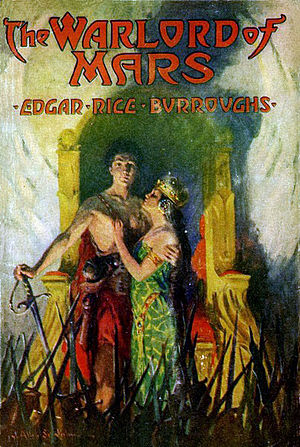 My take? First, illustration fashions of the times need to be factored in along with the subject matter. Around 1920, cover art was usually done in oil paints, permitting the artist to create fuzzy edges and be temped to overwork the surfaces of objects (including people) being depicted. St. John did all this and reproductions of his paintings often strike me as having too-fussy brushwork, though this isn't very evident viewing the small-scale images above. Perhaps the actual paintings, being larger, look better. Nevertheless, this style of painting was acceptable for illustrators in the period 1910-25 when St. John was doing his best-known work.

On the other hand, I find most current fantasy illustration to be too mannered in a superhero groupthink vein. No serious improvement over St. John's pioneering work, in other words. A few contemporary illustrators seem to be operating in the middle ground between St. John and the Photoshop set. I need to give all this more thought and perhaps write more posts on adventure/fantasy illustration.

Posted by Donald Pittenger at 1:58 AM

Thoughtful take on one of my favorite illustrators, a grand romantic.