Henry Salem Hubbell (1870-1949) is considered an American Impressionist even though many of his works were conventional in style -- especially portraits that necessarily had to satisfy their subjects. Although his reputation might be rising, as this lengthy article about him contends, he remains so obscure that Wikipedia has not received an entry on him as of the time this post was drafted (early June, 2017). A shorter take on Hubbell can be found here.

He had ability, and studied at Chicago's Art Institute and Paris' Académie Julian under Bouguereau, as well as under Whistler elsewhere. Time was spent with the American contingent in Giverny, where Monet was based. After returning to the USA, Hubbell practiced his trade in the Northeast, but eventually settled in Miami Beach, Florida -- an unlikely place for an artist in his day.

Like many artists he made much of his living doing portraits, but his favorite subject matter was attractive, elegant young women in genteel settings. 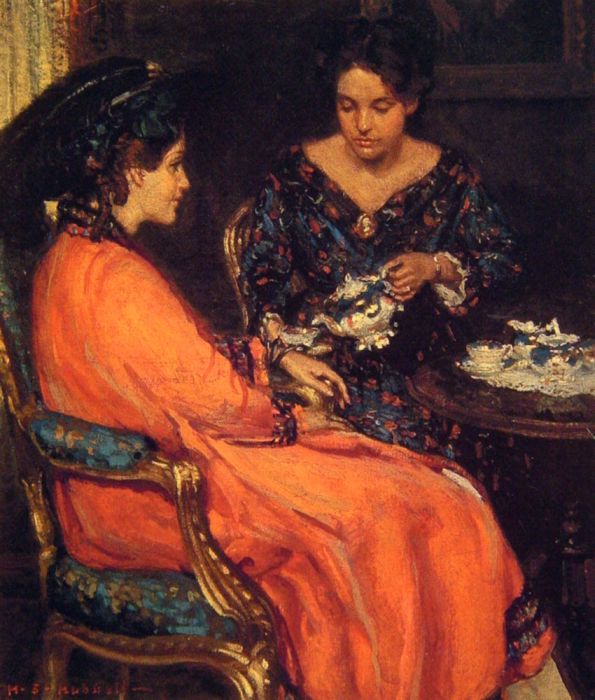 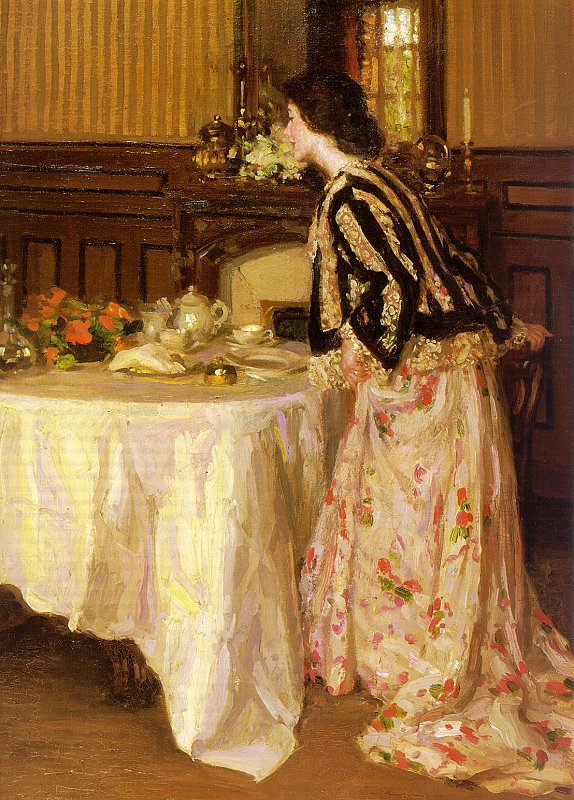 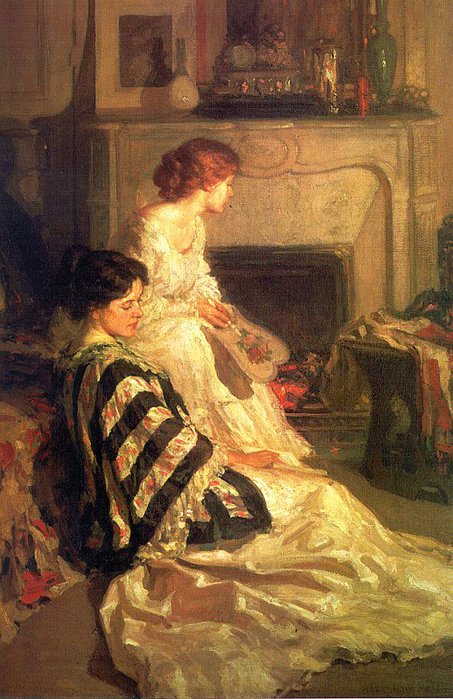 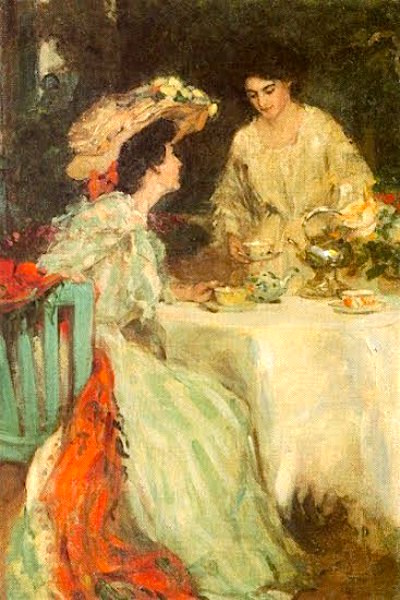 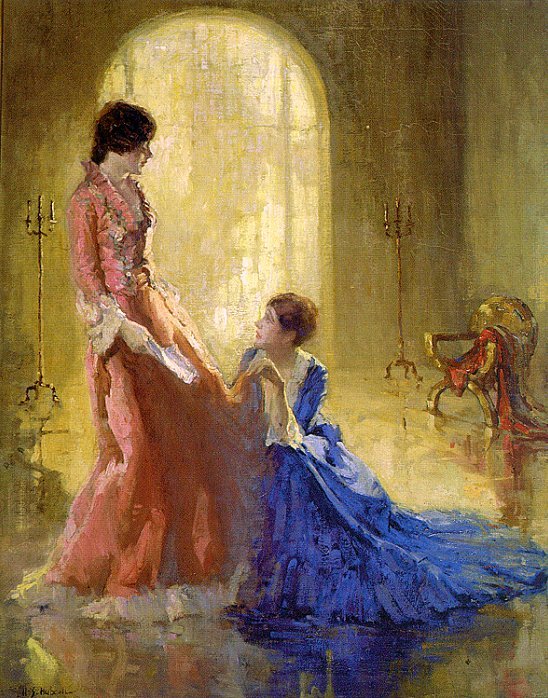 Luminous Reflection
Interesting thinly painted background contrasted with heavy brushwork on the costumes, but not the faces. 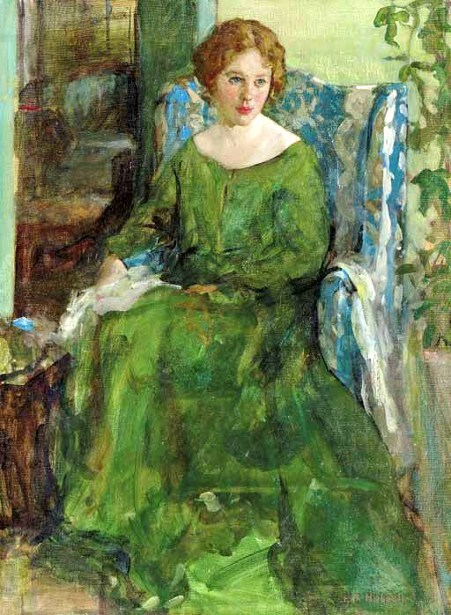 Girl in a Green Dress
This looks like a Giverny-era work in the spirit of Richard E. Miller and Frederick Frieseke. 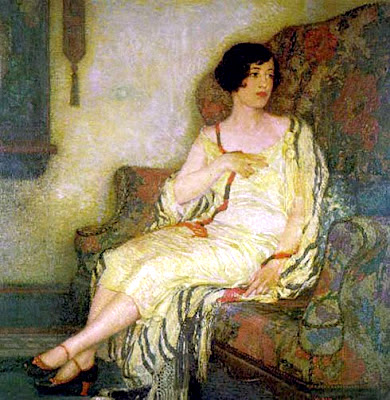 Seated woman
From the subject's dress and hair, this might have been painted in 1920 (plus or minus five years). 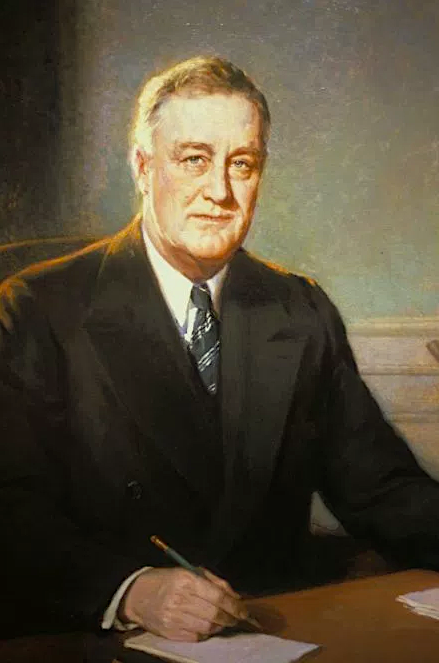 Franklin D. Roosevelt - 1935
Hubbell painted more than one portrait of Roosevelt. Comparing the coloring of the face and hand, I question the quality of this image found on the web.