Background regarding the mural can be found here and here.

I am not a fan of Cumming's art, though I respect him for not falling fully into the clutches of abstraction, as so many of his generation did. And even though the second mural-related link suggests the mural might be worth a six-digit sum (were it salable), it does not impress me.

Here is the mural. Note that only one complete face is shown. Detail views are below. 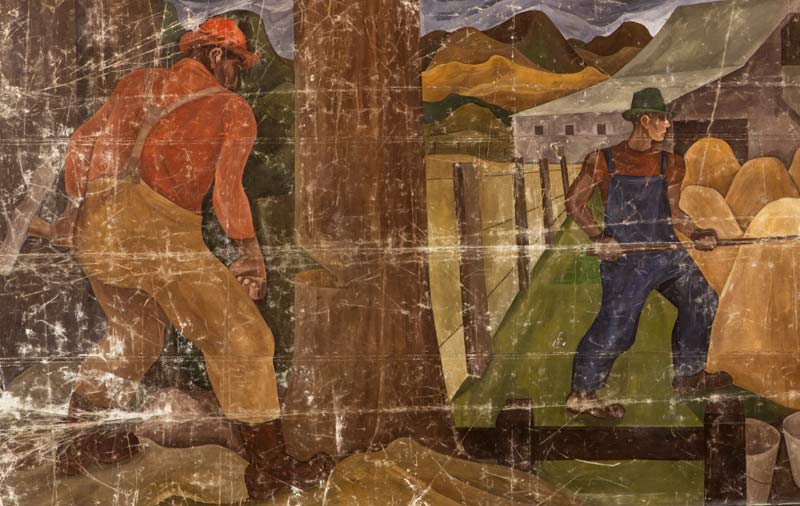 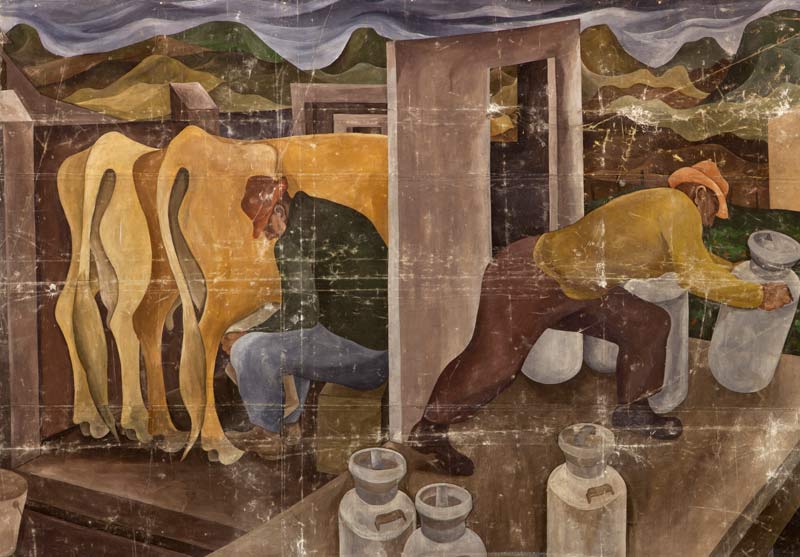 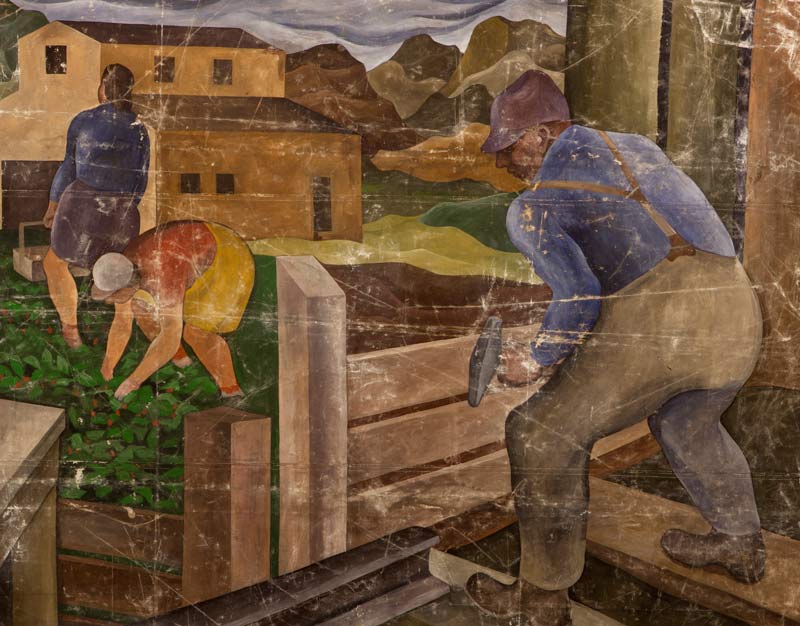 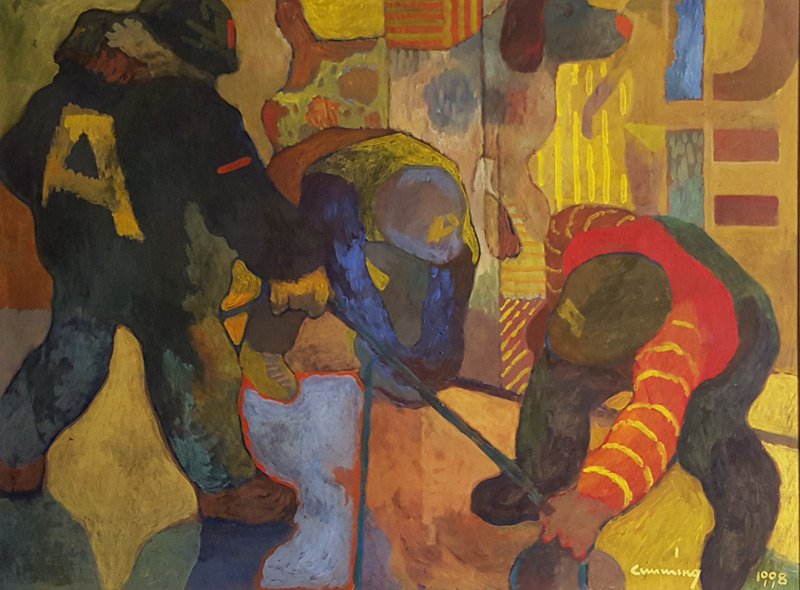 This is a painting made in 1998, also displayed at the gallery. It is an example of the artist's late style.