More In the beginning: Salvador Dalí

I previously wrote about early paintings by Salvador Dalí (1904-1989) here. I visited the Dalí museum in St. Petersburg, Florida again this May and noticed that on display were a number of paintings from his pre-Surrealist career.

I took digital snapshots of many of them for the purpose of this post, which is to further document his beginner's path. As usual, photos taken in museums vary in quality form mediocre to absolutely rotten trash, so take the images below as rough indicators of the actual works. You can click on them to enlarge.

What I found interesting are two things. First, apparently Dalí kept most of what he painted, not throwing away early items as many artists would be tempted to do. Second, I was impressed by how many different modernist styles he tried from his early teens into his early twenties before settling on the carefully rendered depiction style he is known for in his paintings. Many artists took a longer time to settle on their main style and tried fewer alternatives in the process. 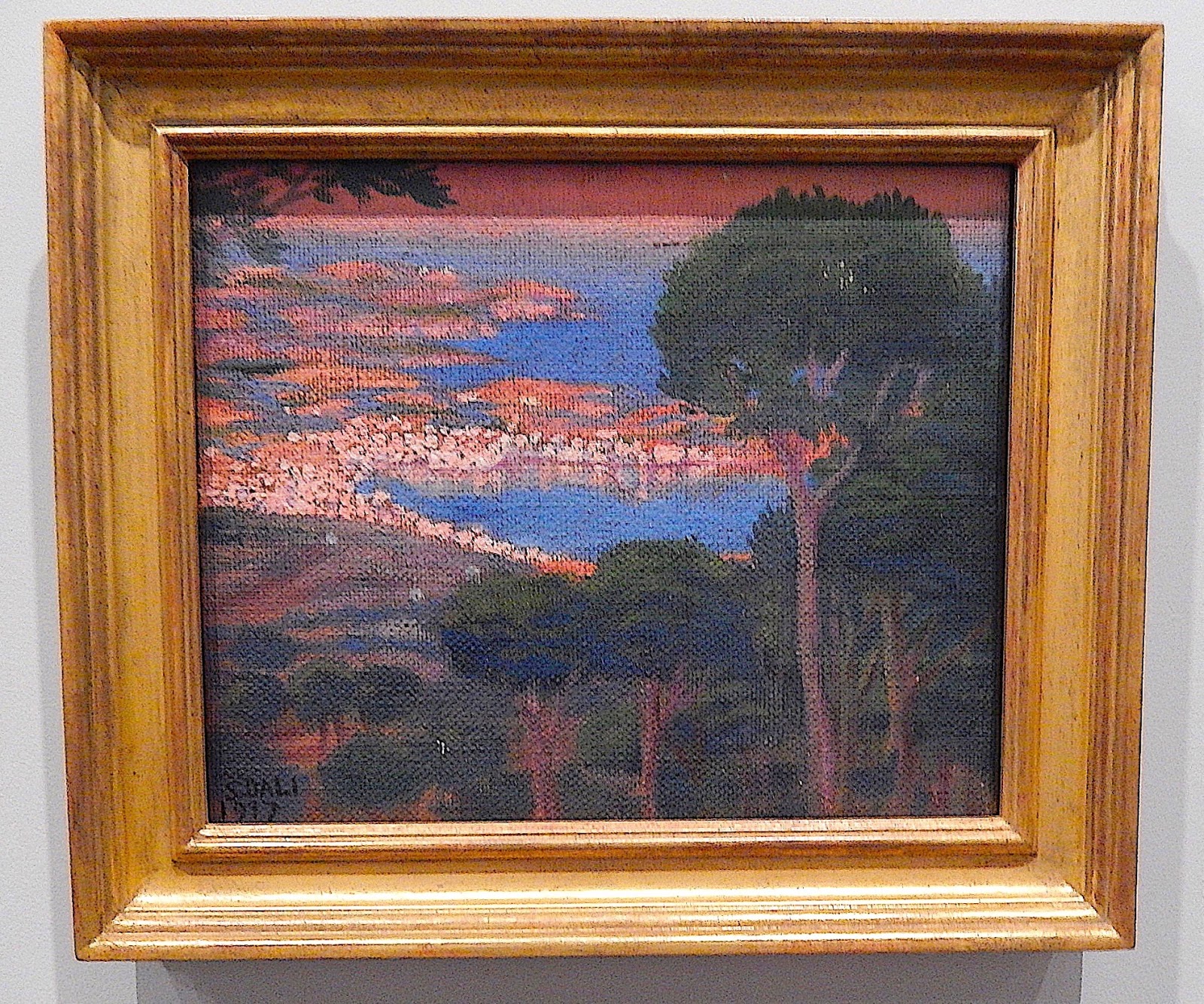 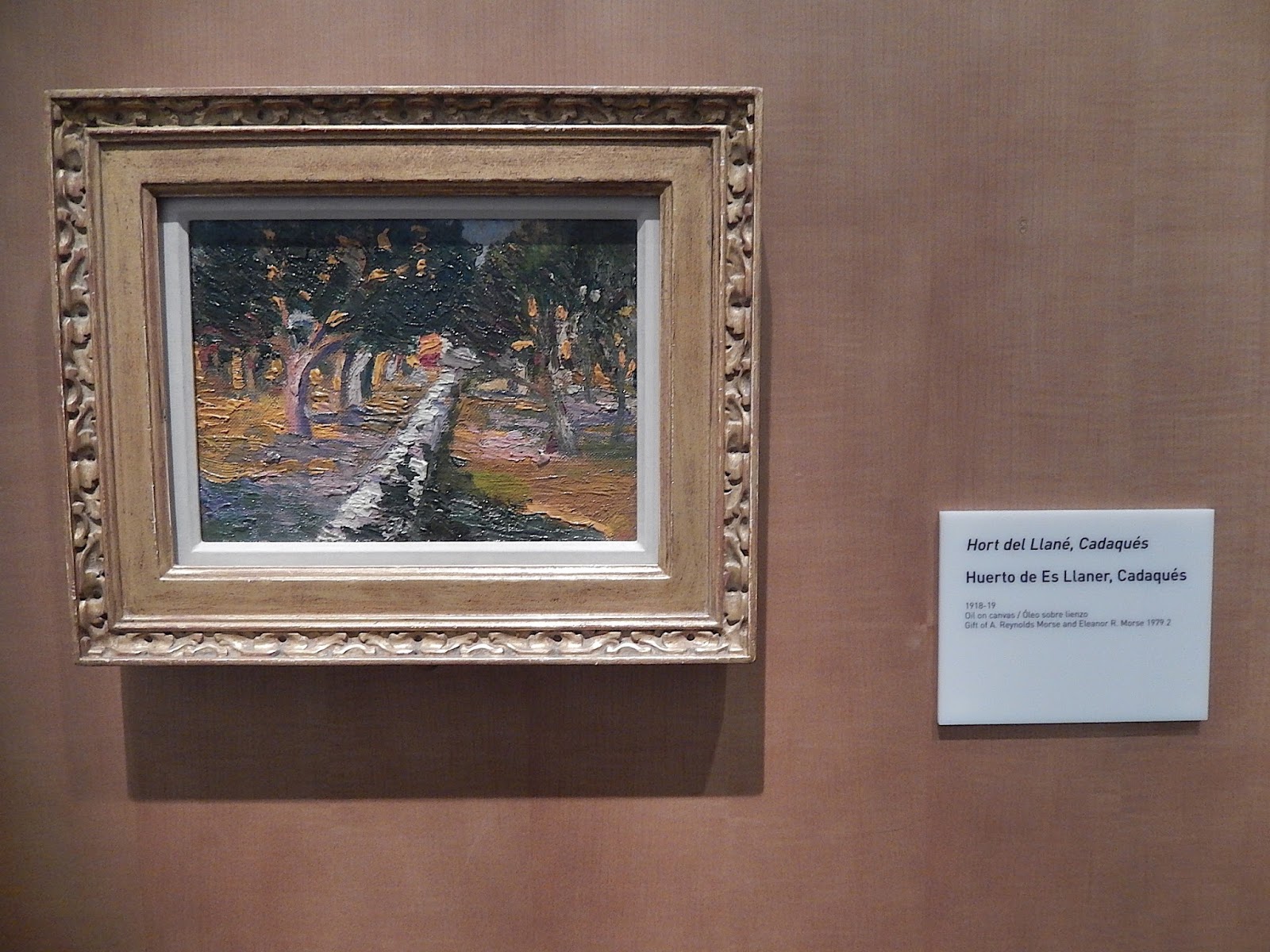 Huerto de Es Llaner, Cadaqués - 1918-19
It's a little hard to see it at this resolution (try enlarging), but this small work is very thickly painted. He was 14 or 15 when he did this. 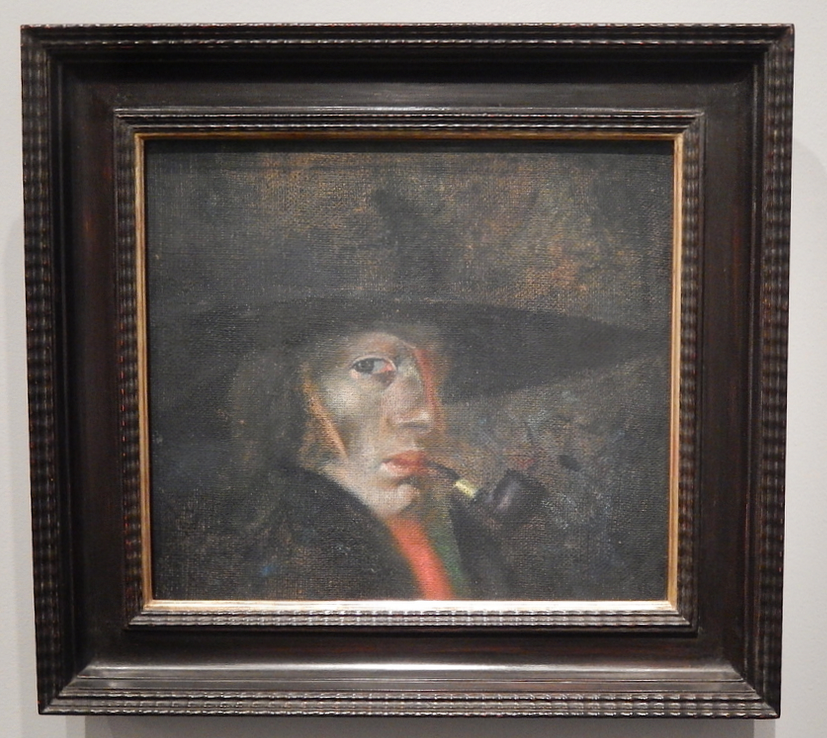 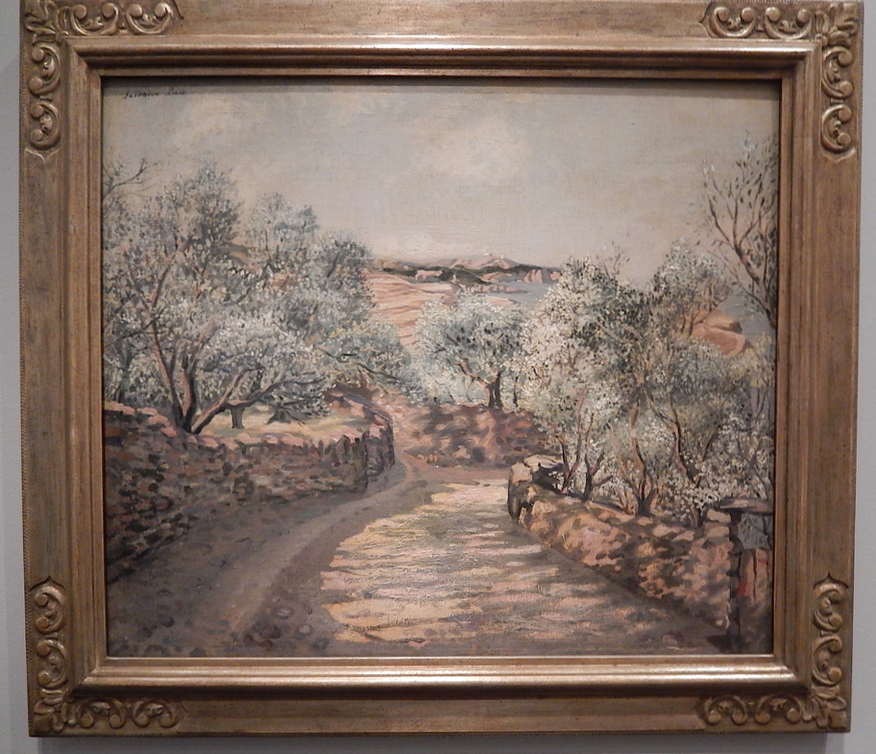 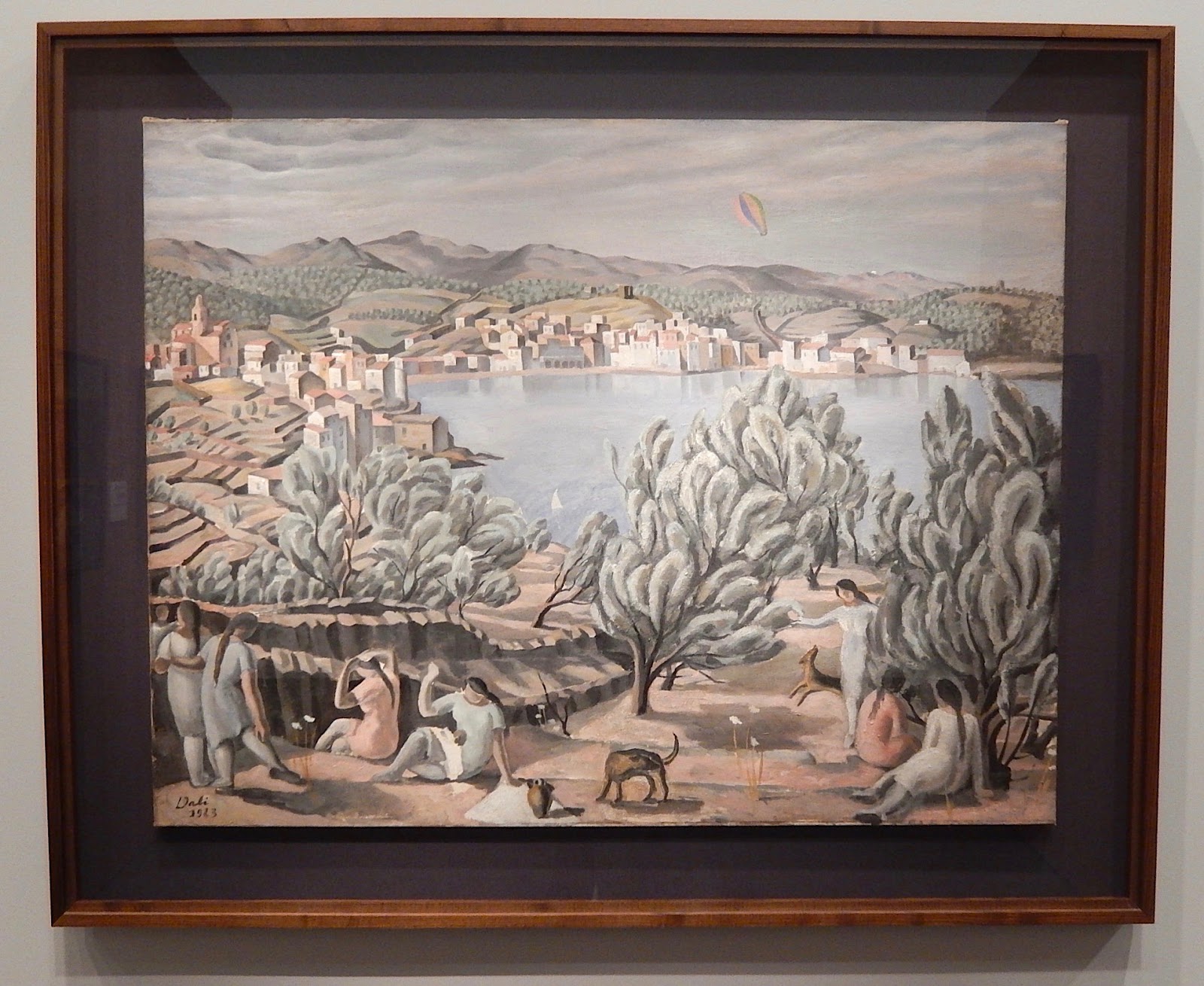 Cadaqués - 1923
Now Dalí is around 19 and picks up on the retreat from Cubism to somewhat classical elements of early 1920s modernism. 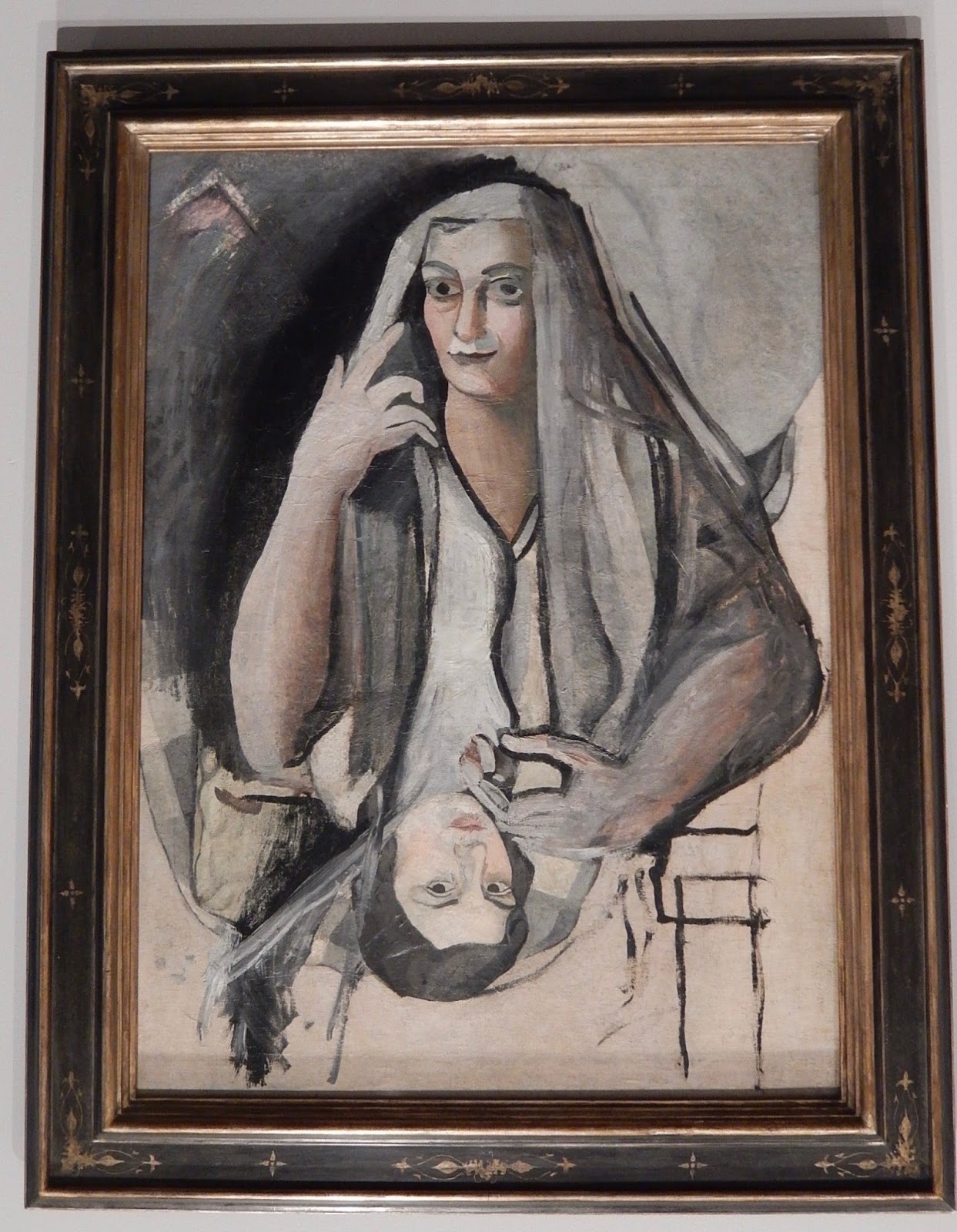 Retrato di mi hermina - 1923
From about the same time he did this interesting playing-card format portrait of his sister. The museum has it hung with the more modernist end at the top. I am not sure of Dalí's intensions in this regard. 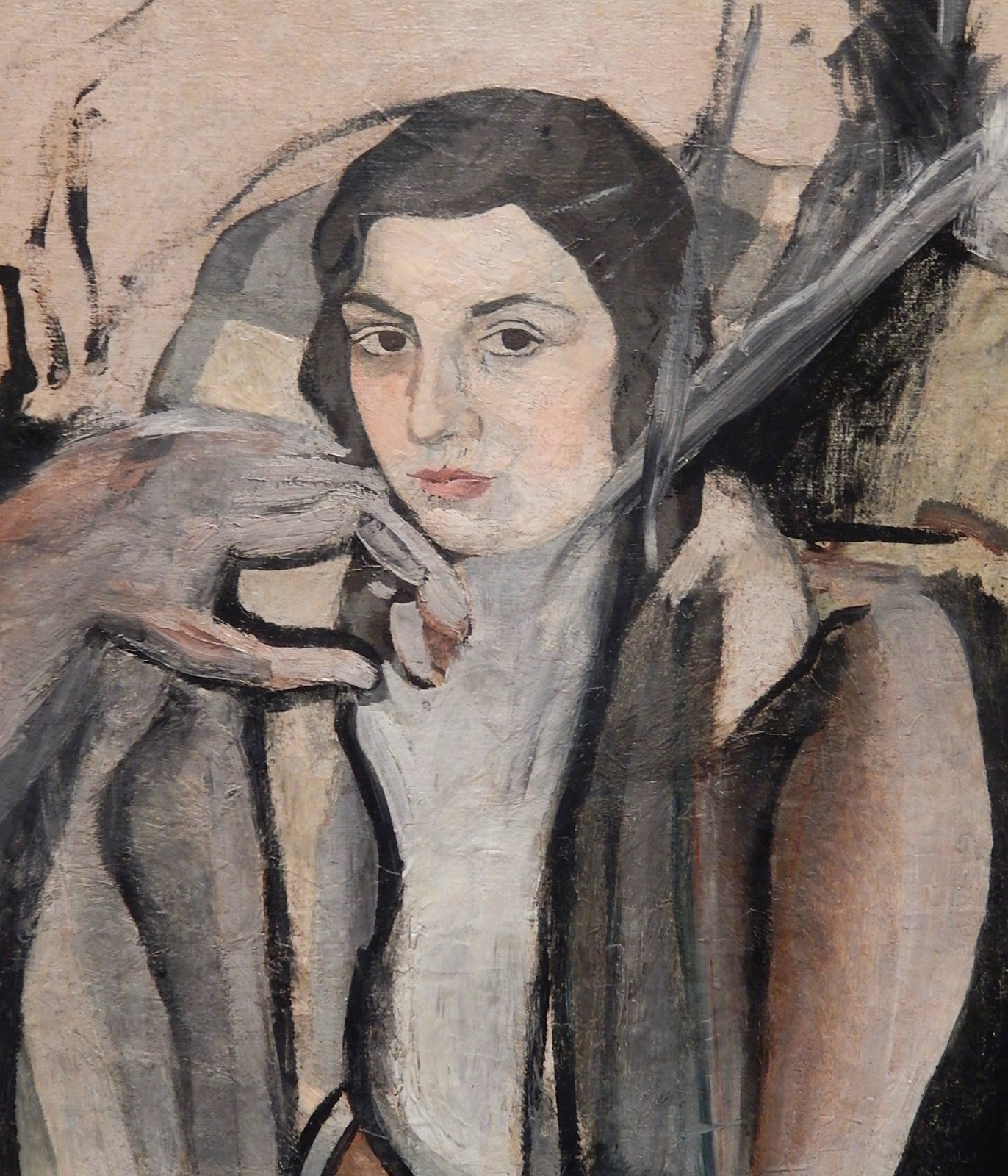 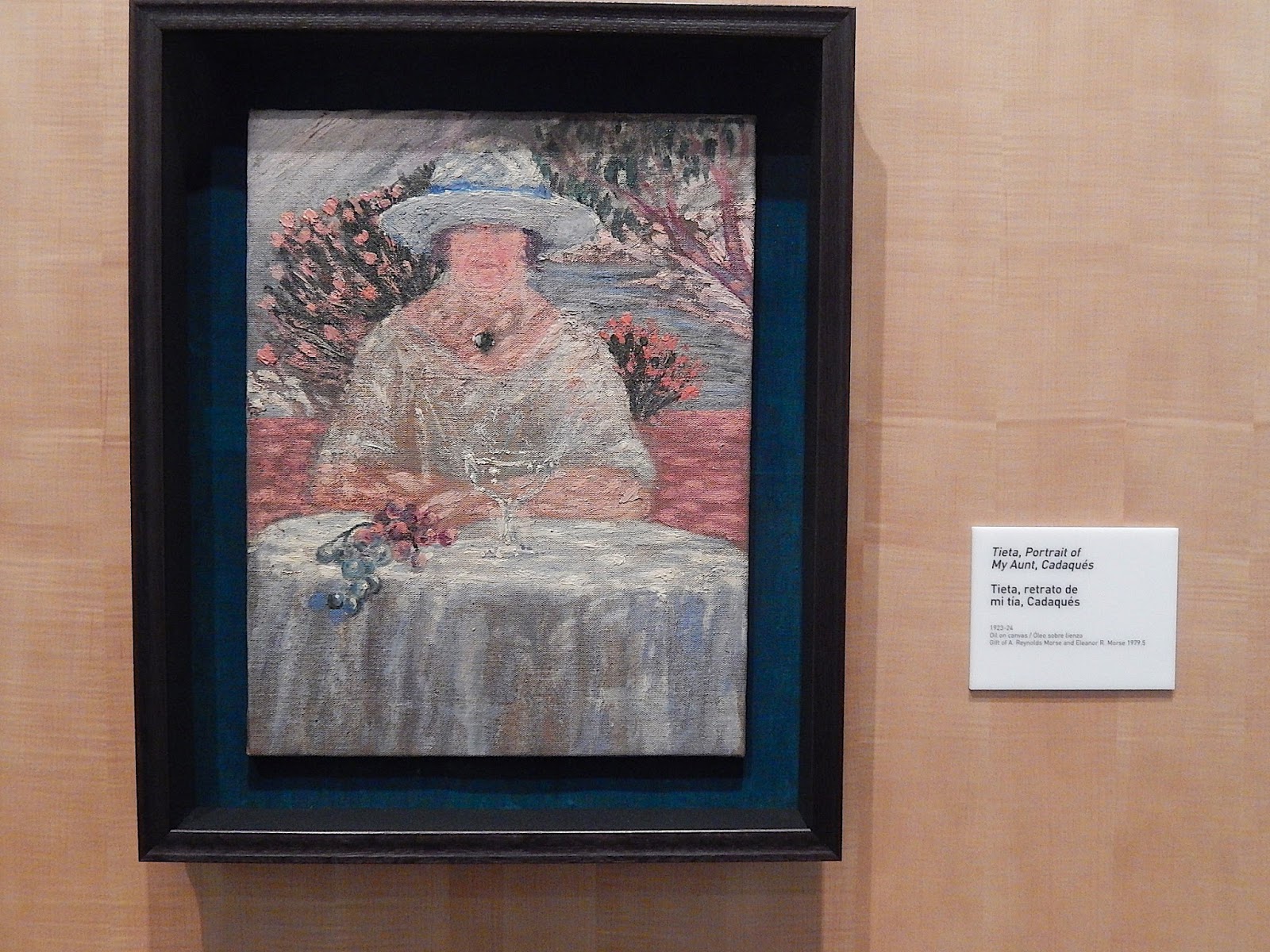 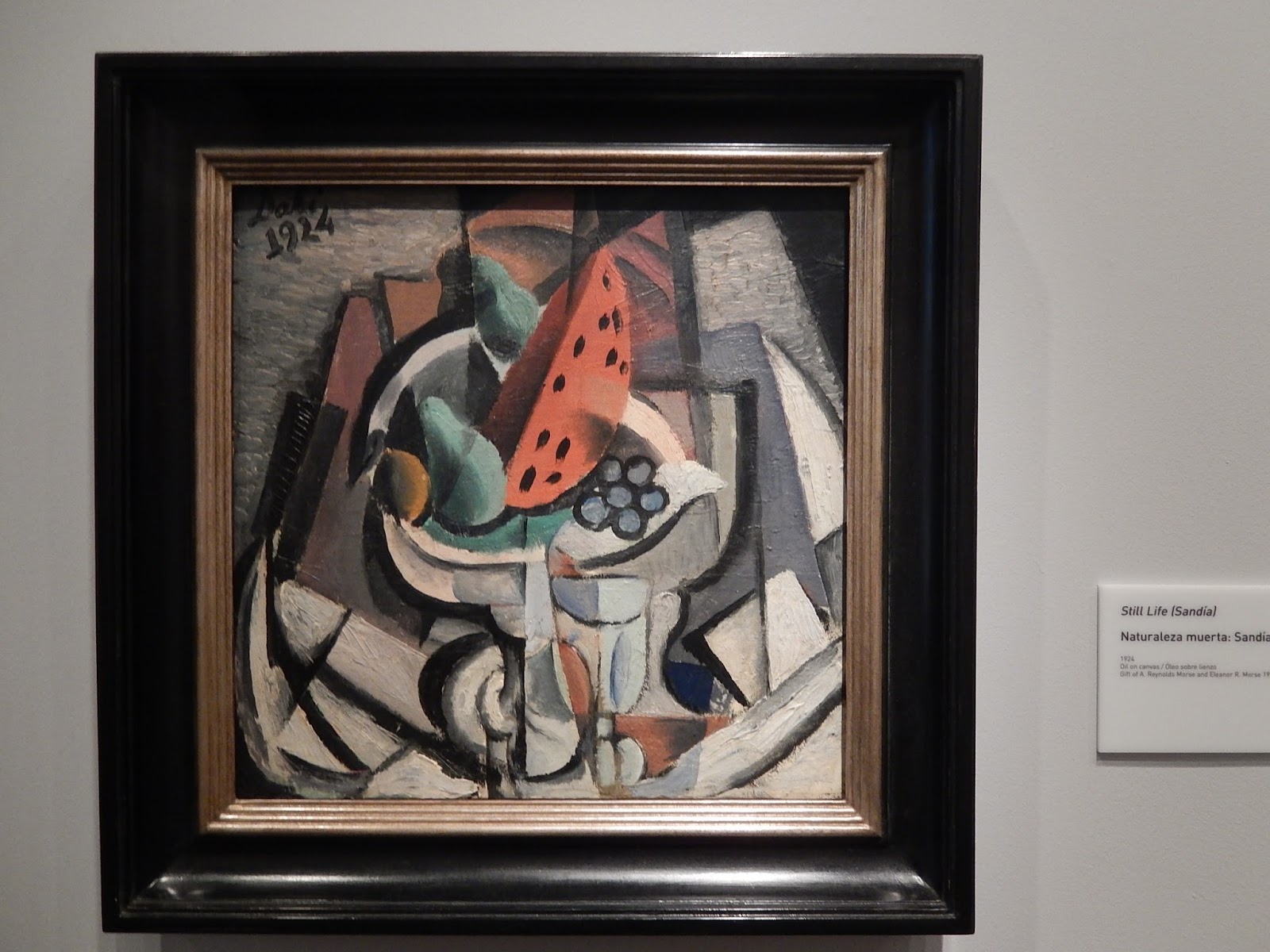 Naturaleza muerto: Sandía - 1924
At age 20 we have this Cubist-inspired still life. 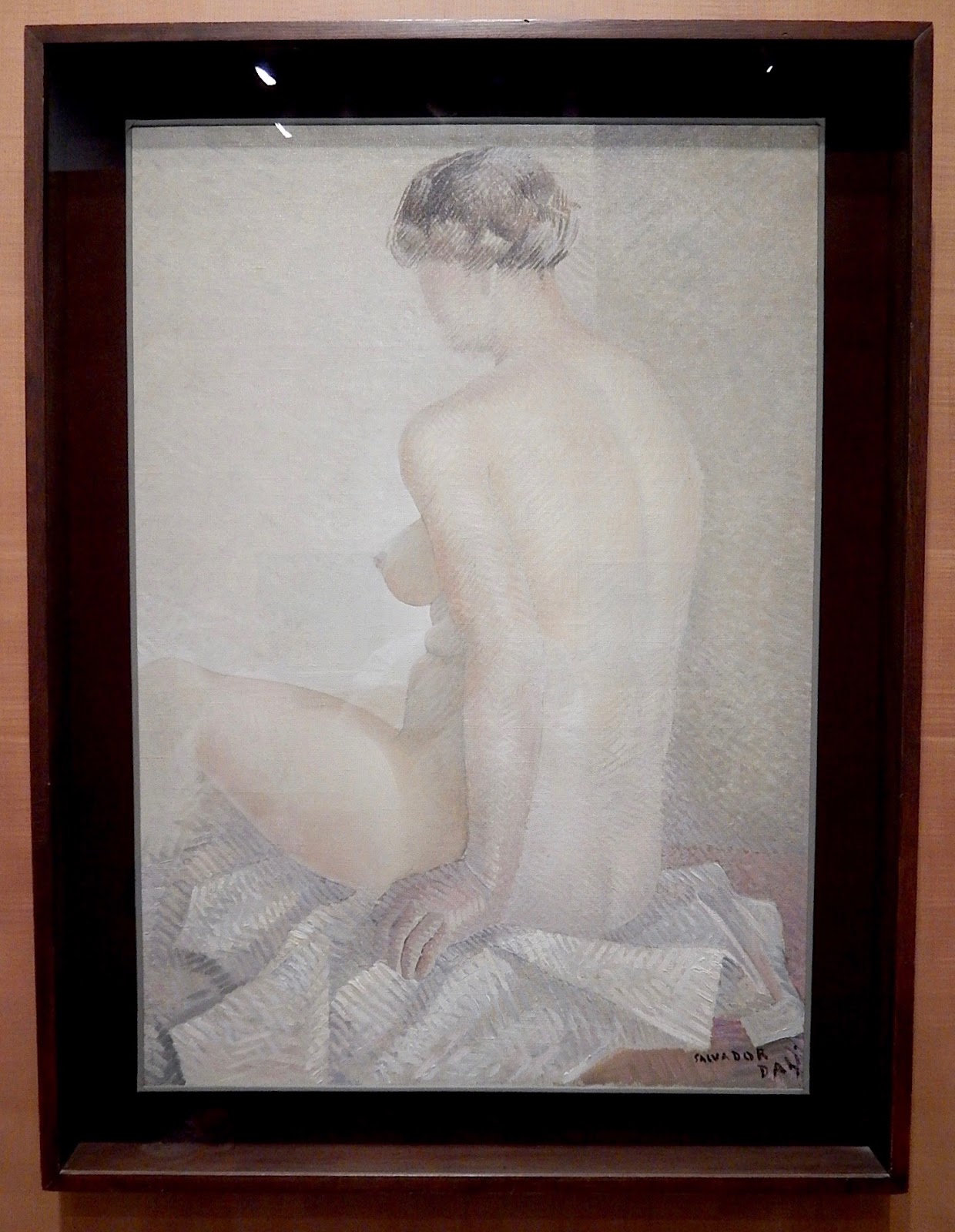 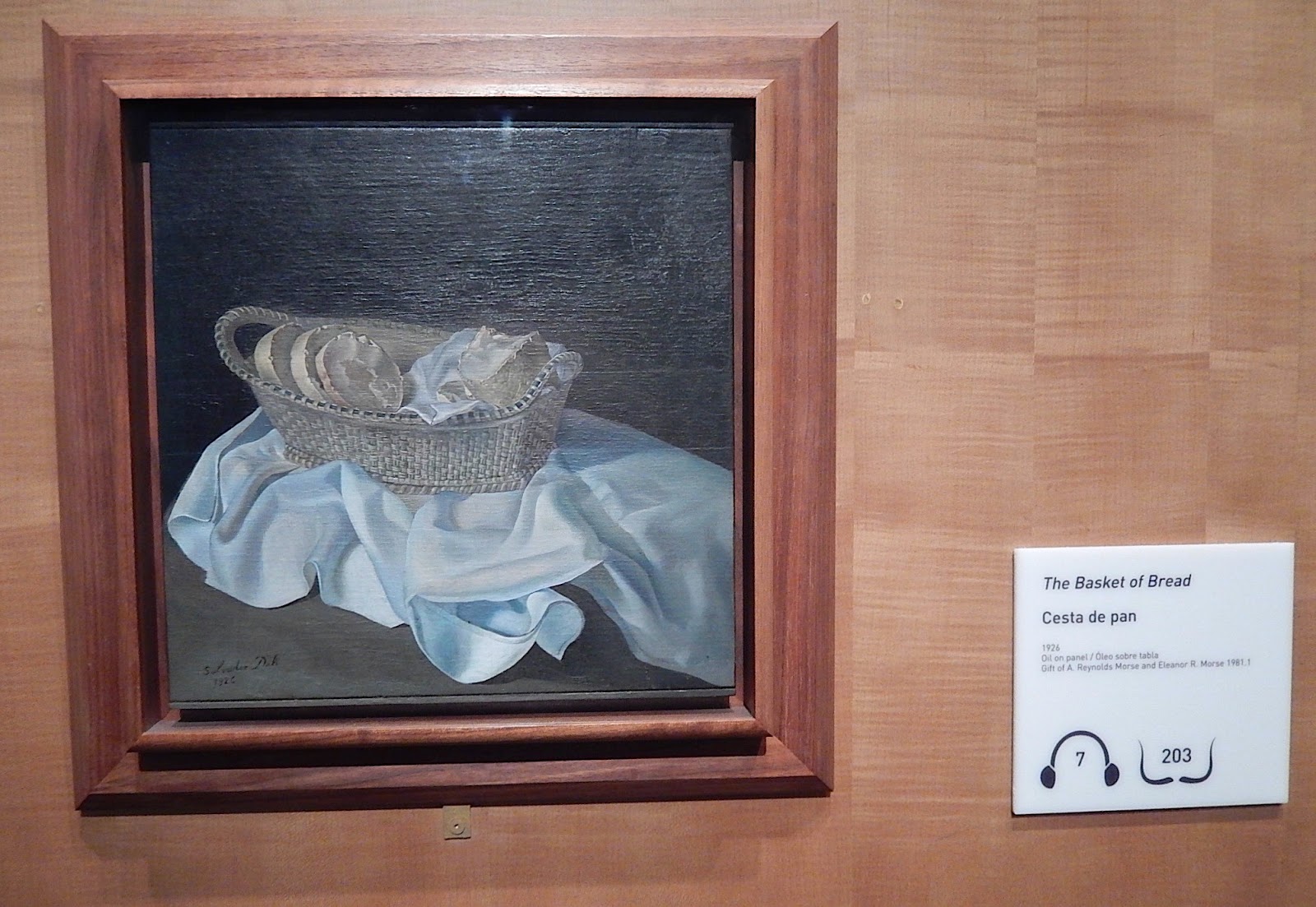 Cesta de pan 1926
Finally, about 22 years of age, we find him approaching the expected Dalí style in this painting of bread in a breadbasket. All this was a fast, wild, art-style ride.
Posted by Donald Pittenger at 1:00 AM