Franklin Booth (1874-1948) is best known for his highly skilled, distinctive, pen-and-ink illustrations. I posted his portrait of Theodore Roosevelt here. Some biographical information on Booth is here.

Even though he was largely type-cast as a pen-and-ink illustrator, Booth was able to do some work in color. One noteworthy example is illustrations for the 1913 edition of the rhymed play "Flying Islands of the Night" by James Whitcomb Riley. The publisher was Bobbs-Merrill of Indianapolis, the city where Riley lived for much of his adult life. Bobbs-Merrill had a 1892 edition (linked here) that apparently was not illustrated. In 1913 they published a new edition that incorporated illustrations by Booth (link here, but omits illustrations).

His illustrations appear to have pen-and-ink linework with little or none of his usual hashing. Color areas seem to be in watercolor or perhaps colored inks.

I find it interesting that Booth used a composition format that he frequently applied in his regular work: Subjects depicted small, towards the bottom of the panel, with tall background features occupying central and upper areas. 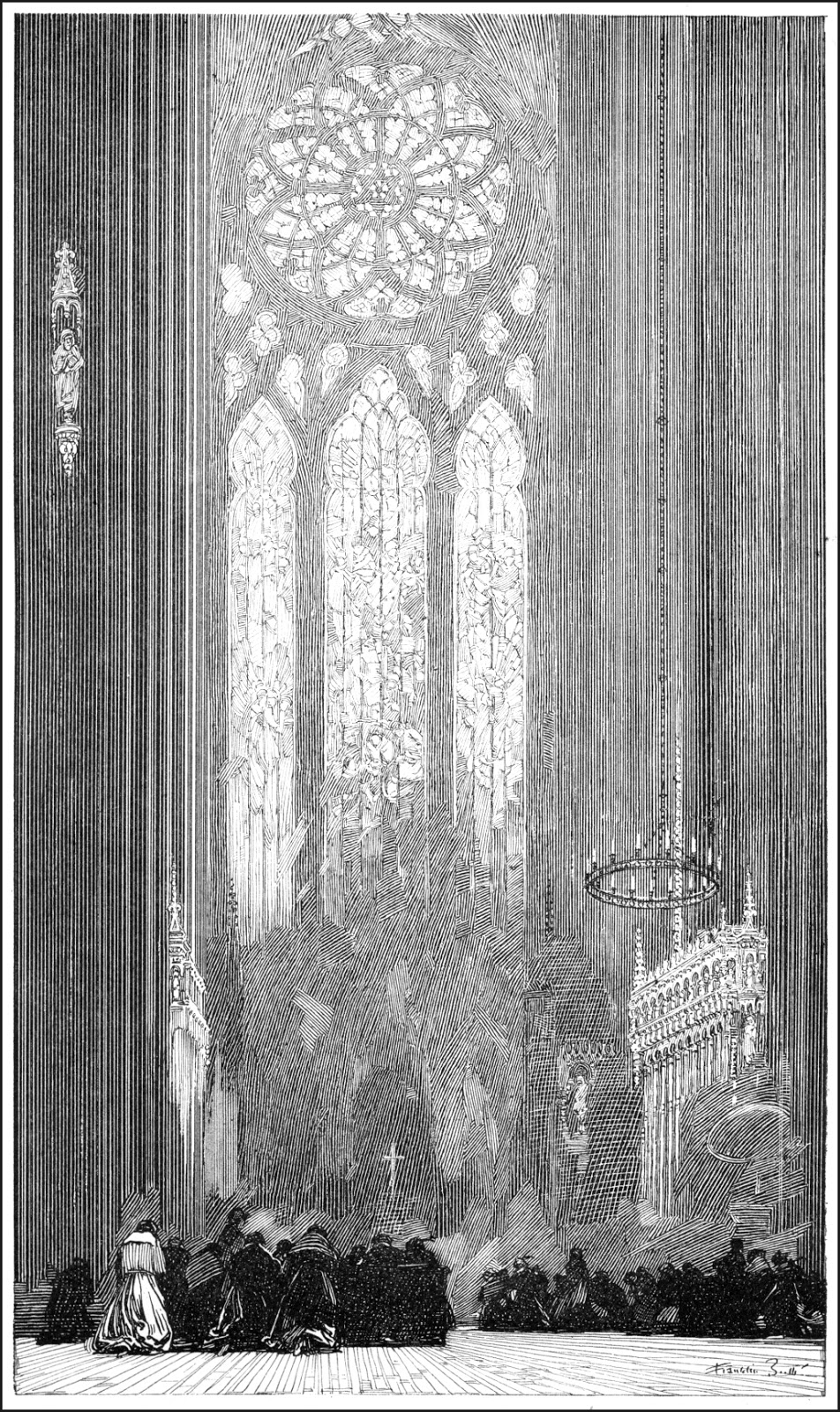 Here is an example of Booth's pen-and-ink work. Note the composition. 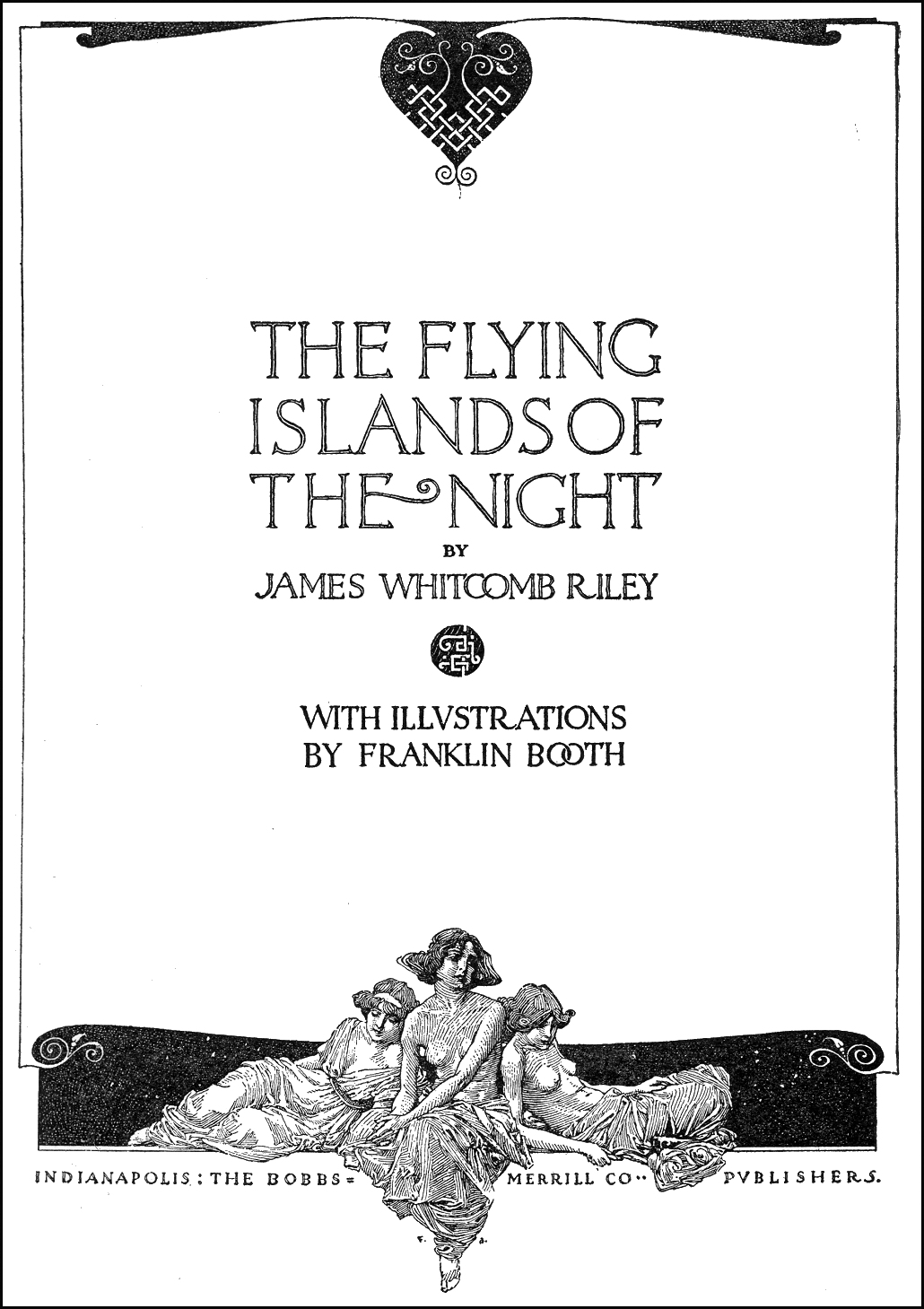 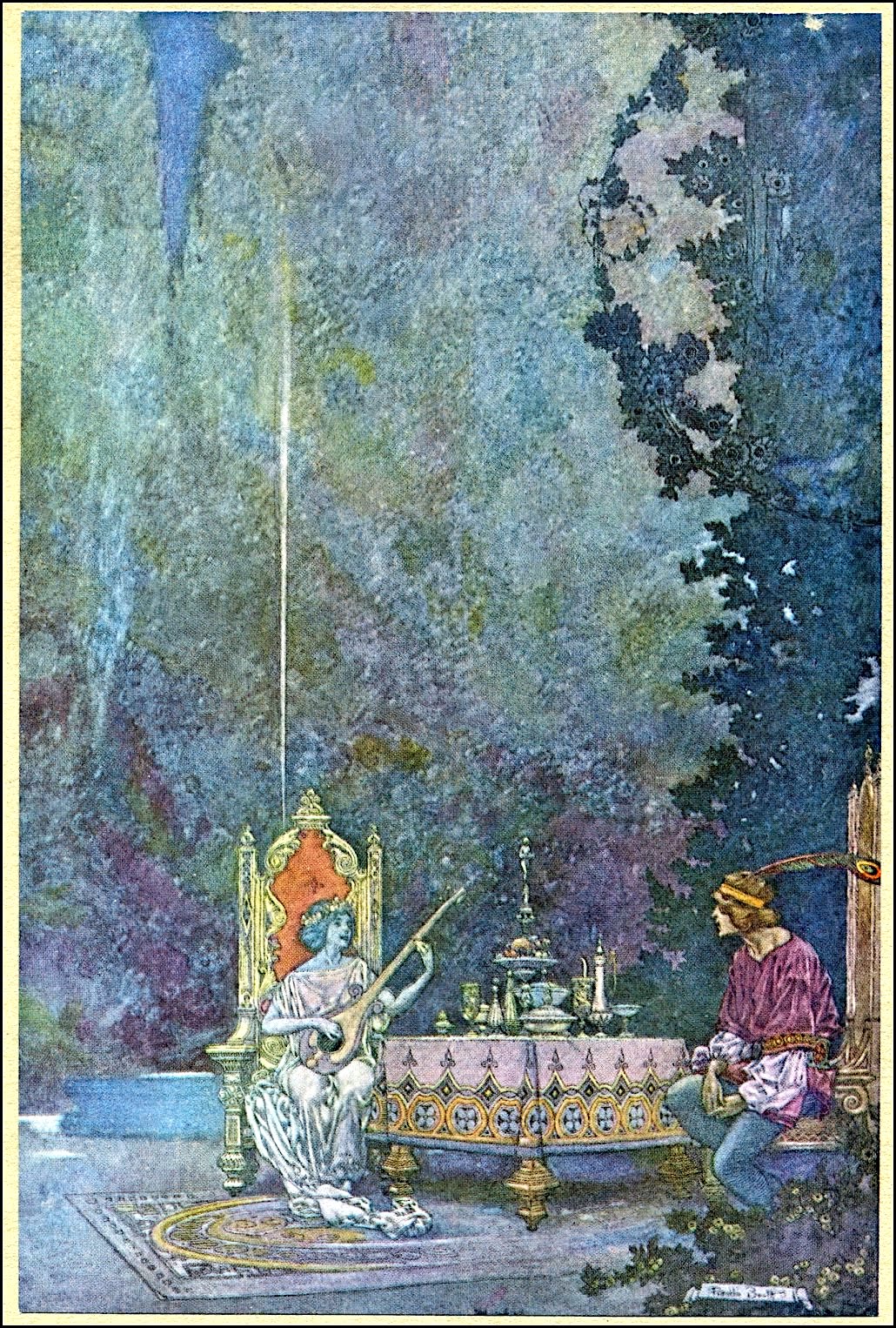 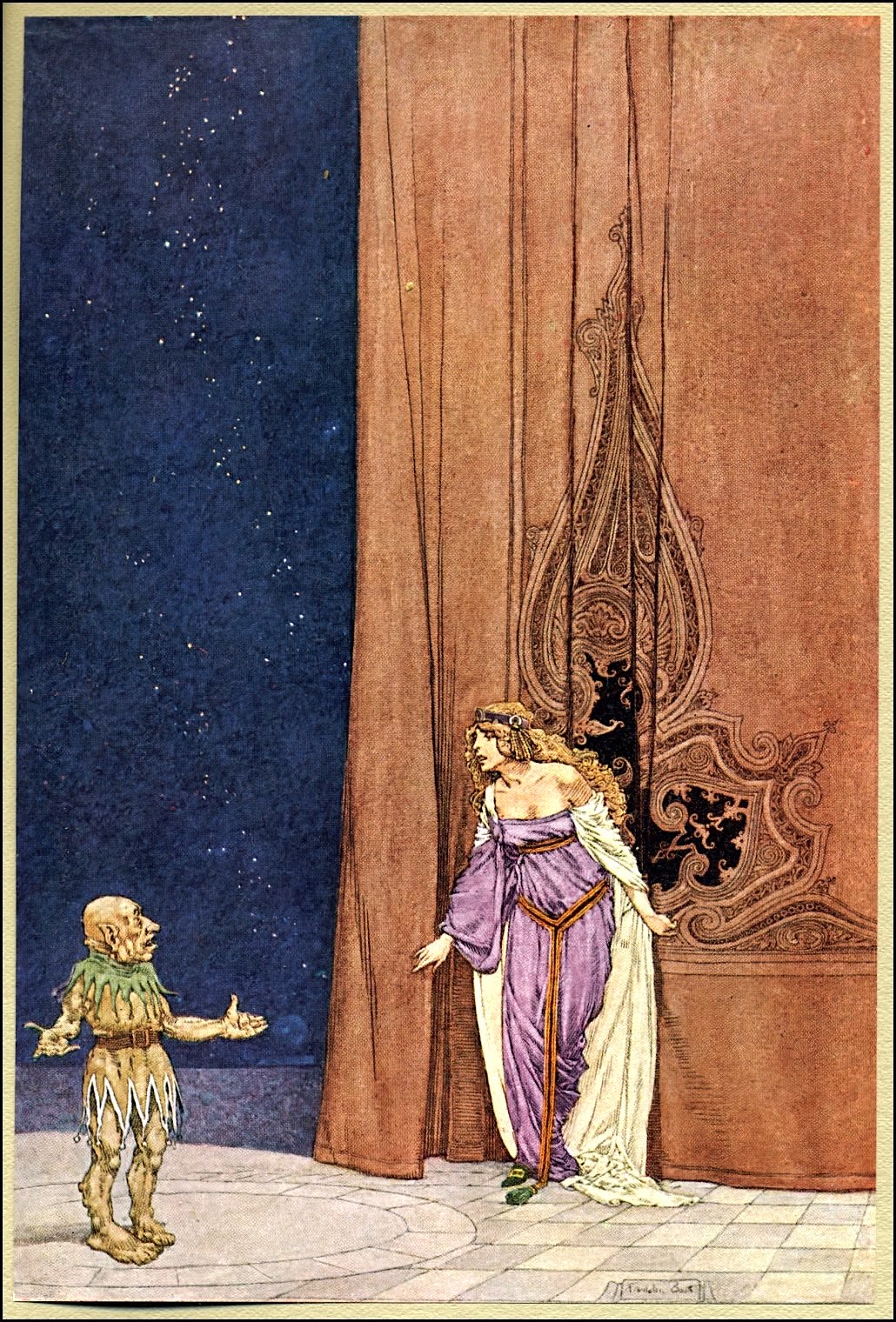 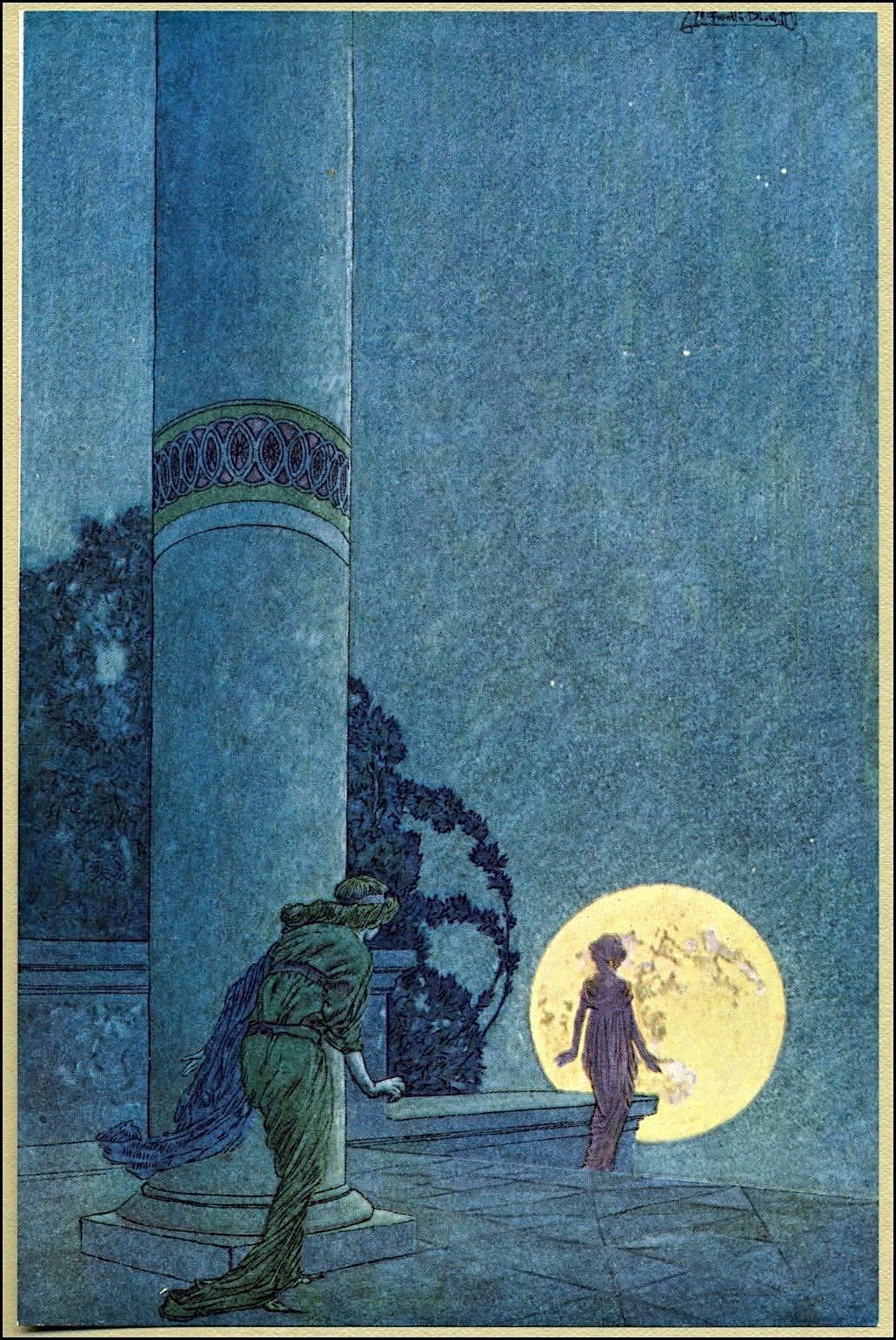 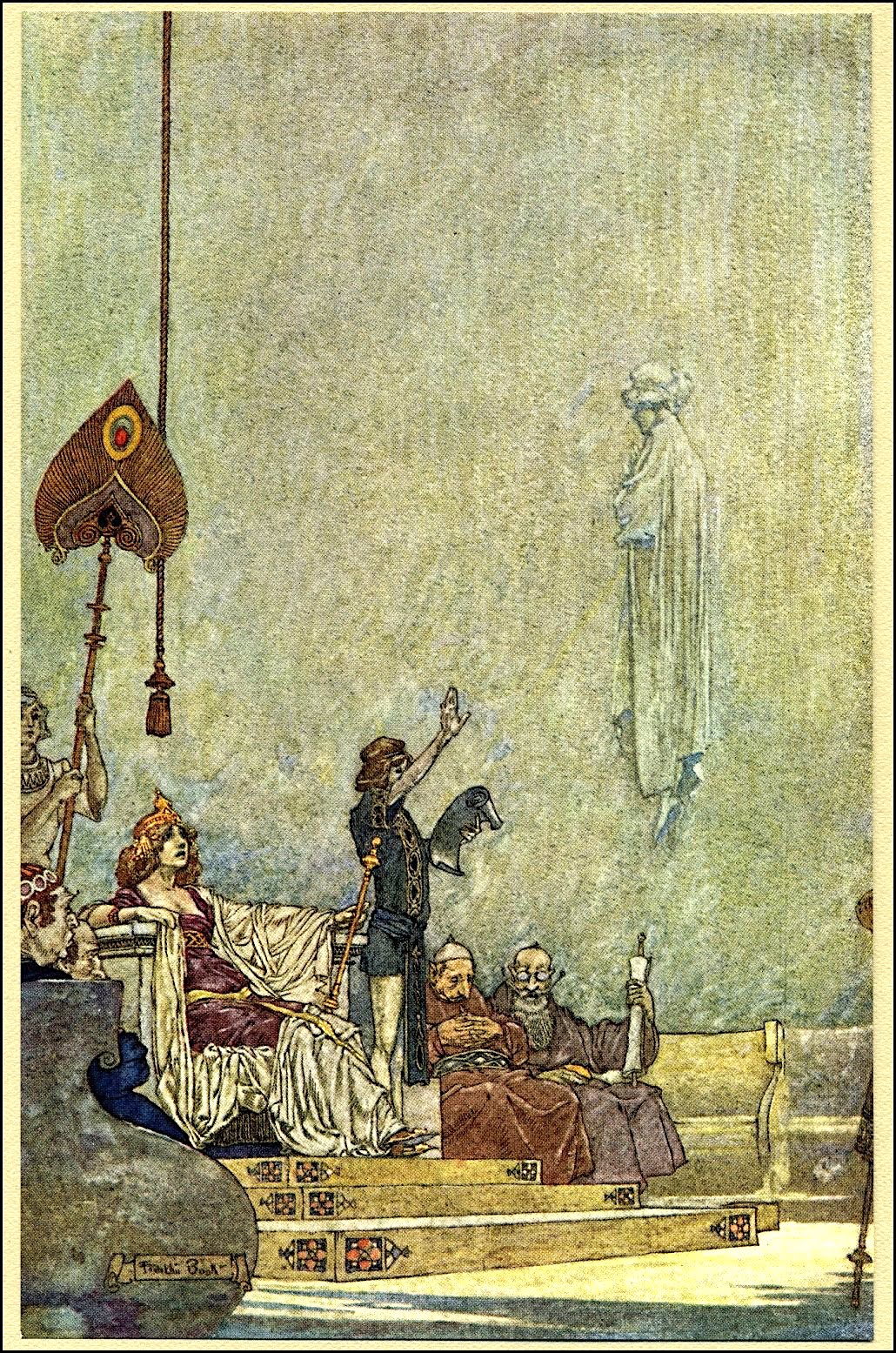 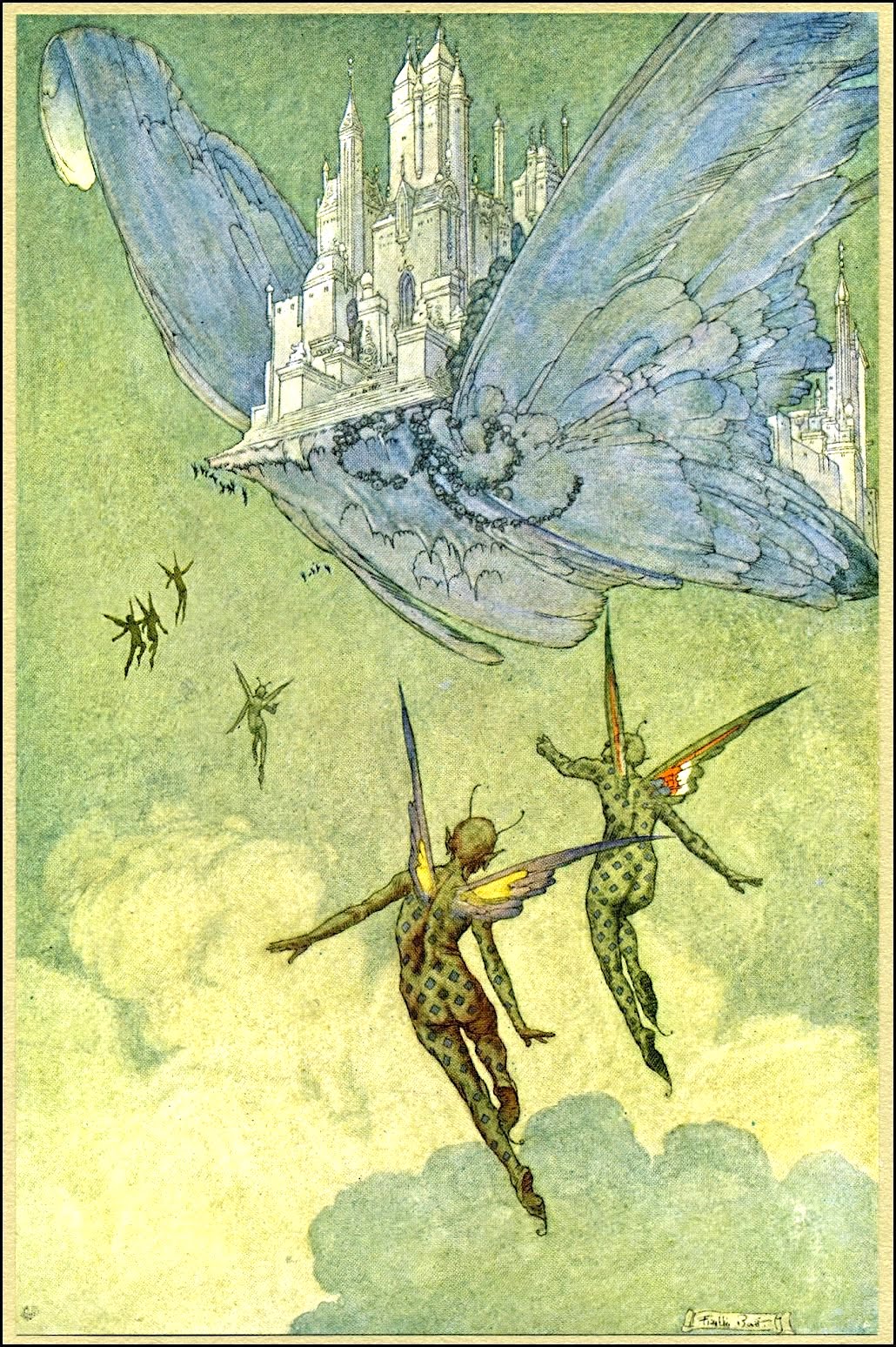 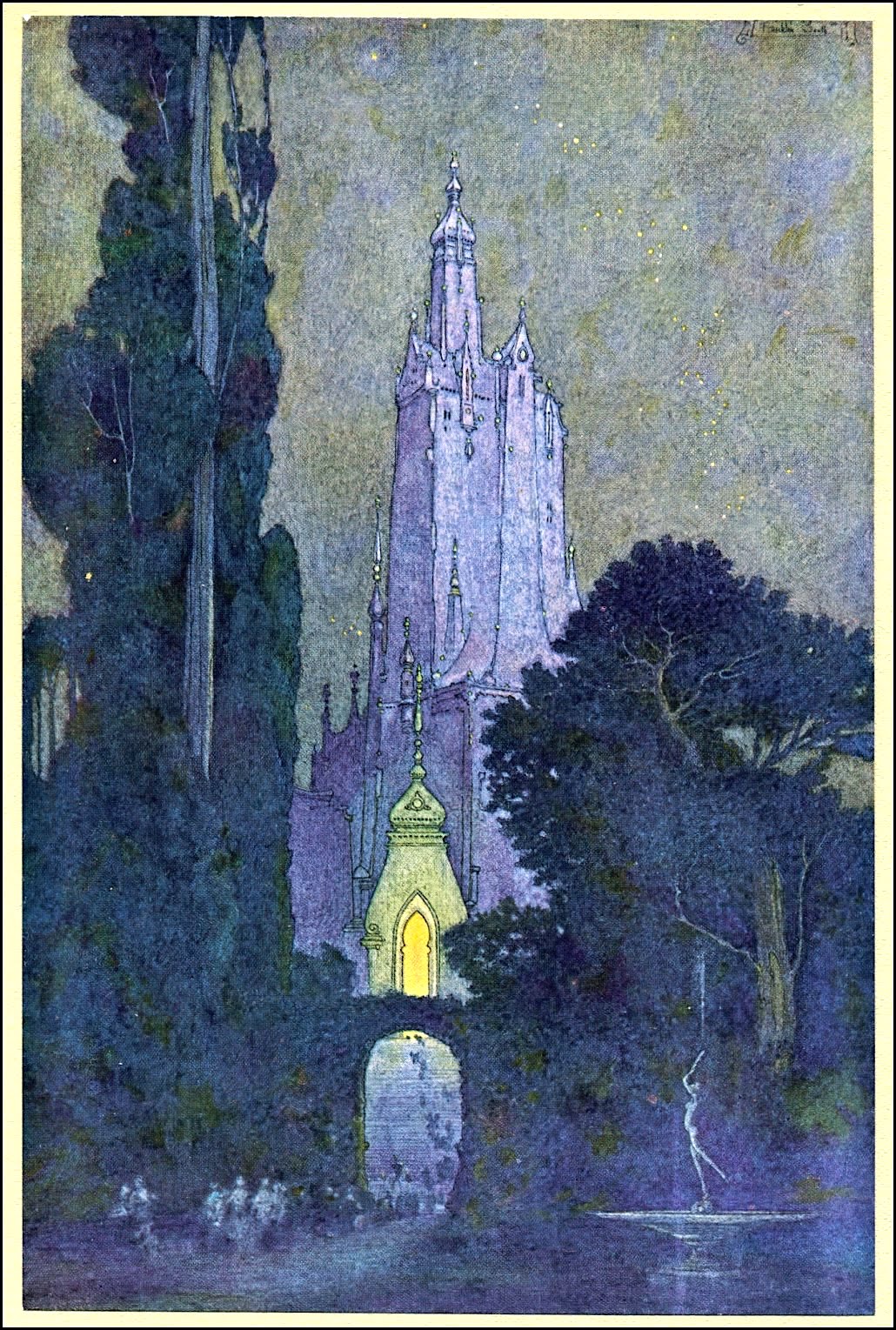