Let's call it a mini-genre. Maybe even a micro-genre. I'm thinking of urban nighttime scenes -- exteriors and interiors. Many artists depicted these sorts of things on occasion, but few devoted sizable amounts of their careers to it. Toulouse-Lautrec's cabaret work might qualify. Another artist, and one who is known for dealing with the night, is Leo Lesser Ury (1861-1931).

Ury's Wikipedia entry is here, and from there you can link to a slightly longer German version. The latter mentions that Ury feuded with Max Liebermann, and Liebermann's entry (which seems to be taken from an online translation, given its awkward phrasing) notes that Liebermann and Lovis Corinth also were feuding. Note to self: I need to learn more about Liebermann 'cause he sounds interesting.

As for Ury, his career received boosts from Adolph Menzel and Corinth. His personality seems to have been that of a loner, and I found no note of him ever marrying. But his art was well-regarded in his day, and I noticed that one of his pastels was auctioned for more than $200,000 a while ago.

Ury's style doesn't much appeal to me. That said, I find his oils and pastels interesting due to their subject-matter. That's probably because the period of European history that I study the most is from around 1860 to the end of World War 2. I'd love to hop into the nearest time machine and visit Berlin circa 1910. 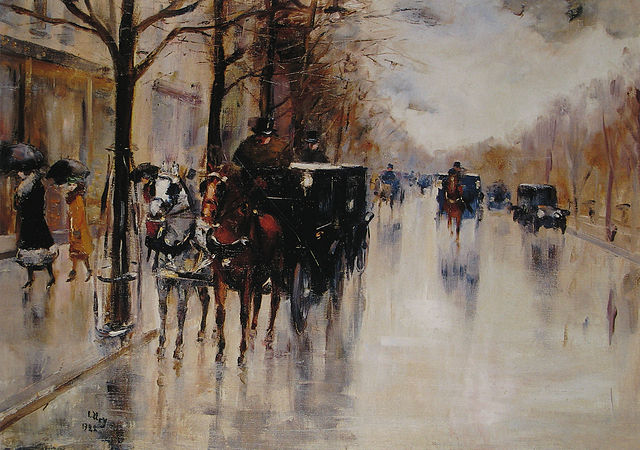 Unter den Linden - 1922
Unter den Linden is Berlin's main street. At one end is the Brandenburg Gate, the other is just short of the Museum Island, and between are such items as a university, some embassies, and the Adlon Hotel. The view above seems to be from on the north side near Pariser Platz, looking east. 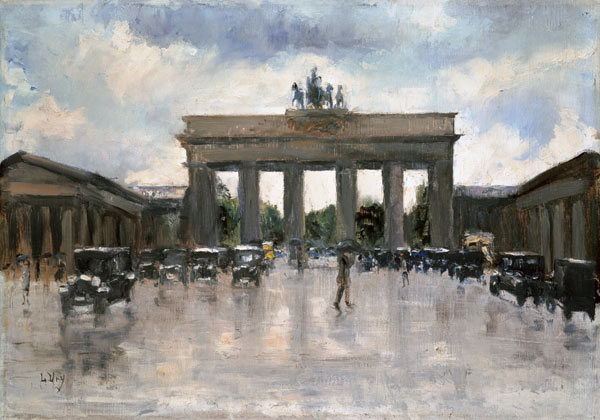 Brandenburger Tor - Brandenburg Gate - mid-1920s
Looking west on Unter den Linden in Pariser Platz. I include these daytime scenes to show another side of Ury's work.  Now to the night stuff .... 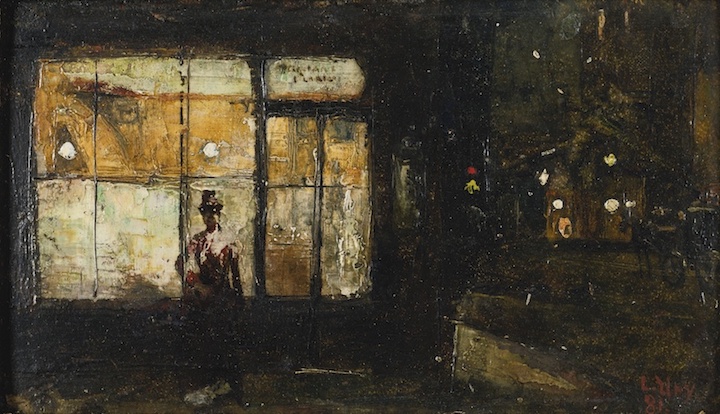 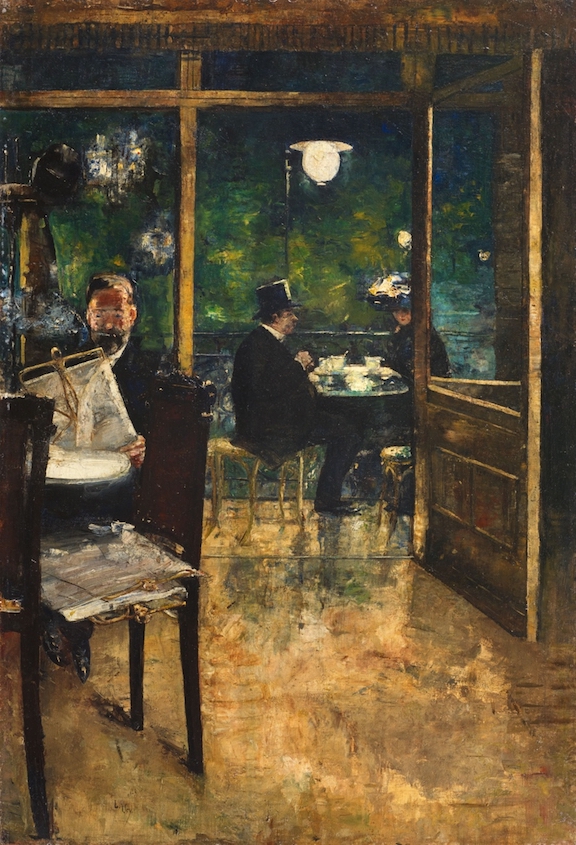 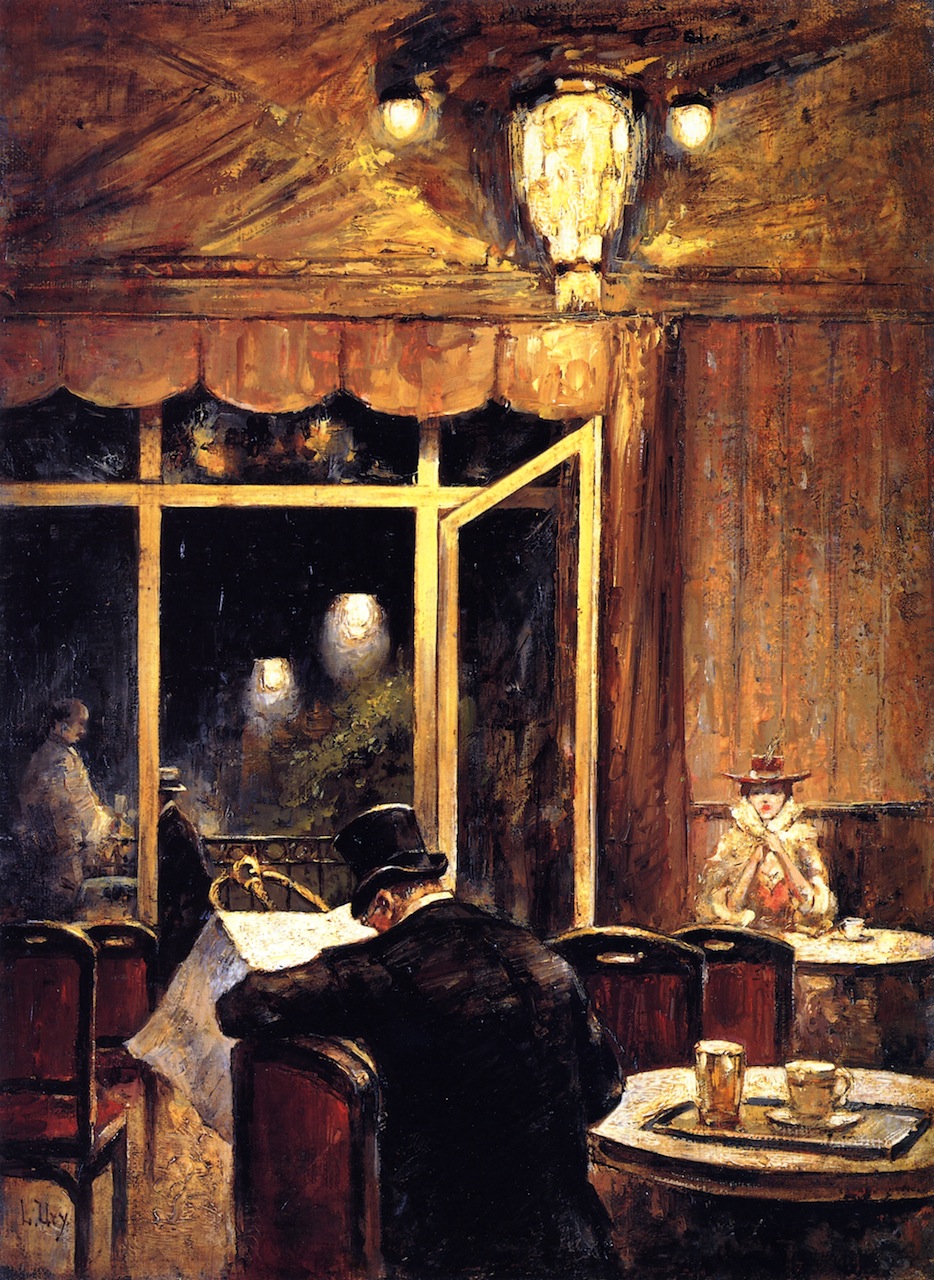 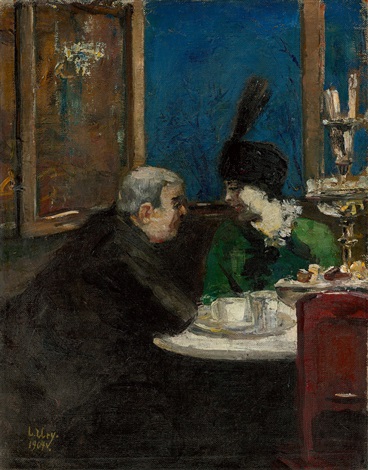 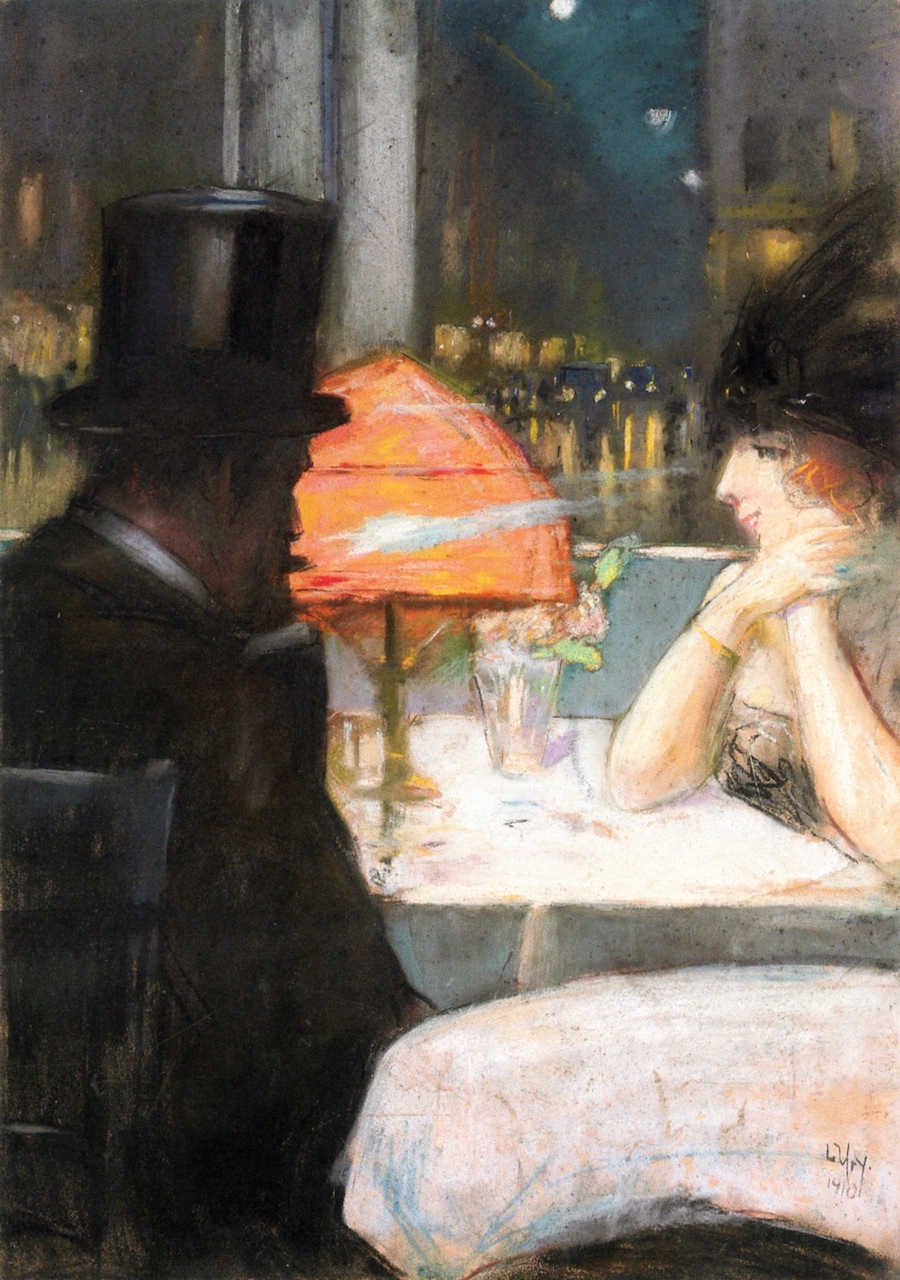 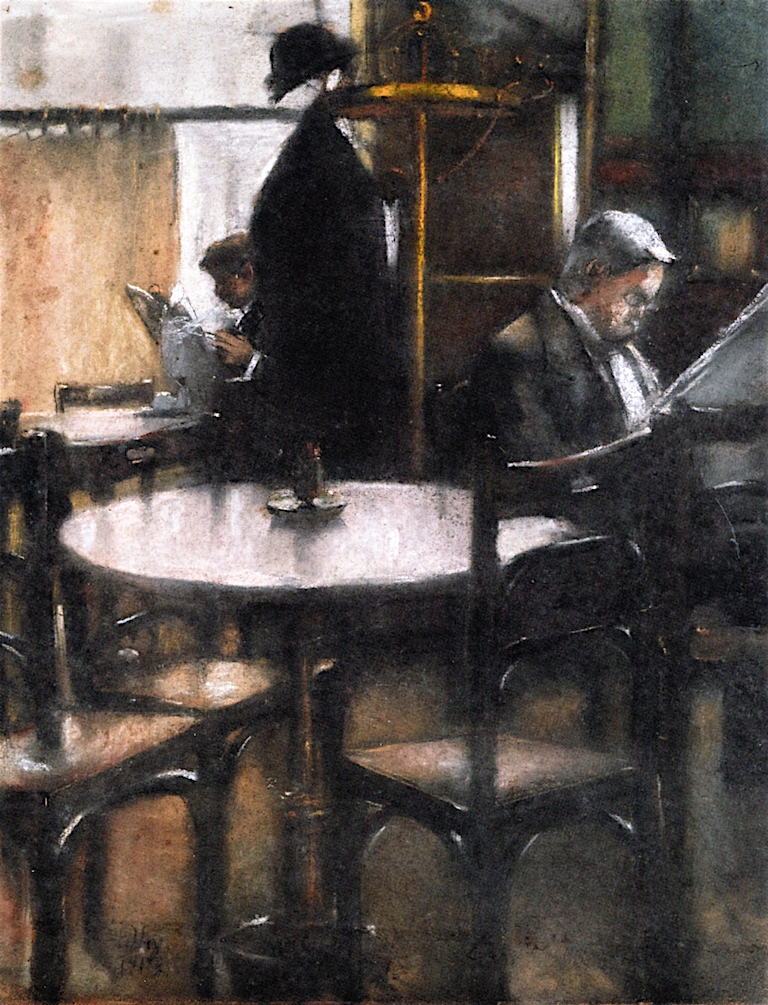 Reading Newspapers in a Café - pastel - 1913
A café scene, but in daytime. I include it because of the depiction of reflected light on the tabletops. 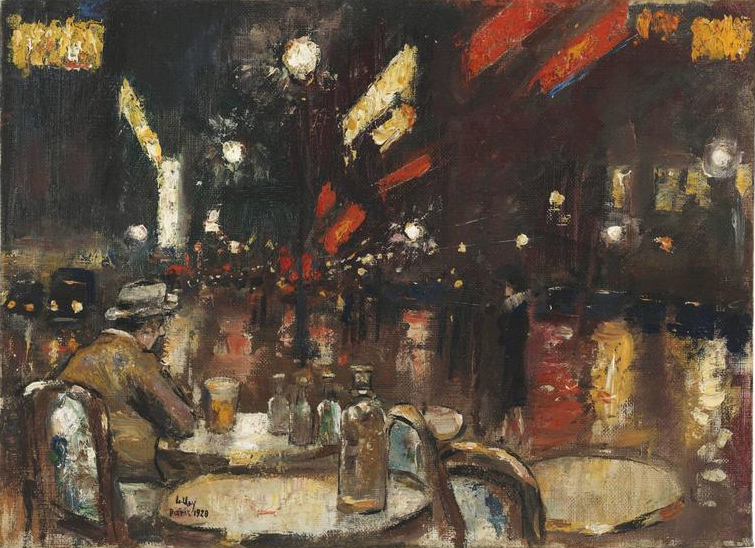 Café de la Paix bei Nacht, Paris - 1920
Hard to tell the point of view, but the background is most likely Avenue de l'Opéra even though it seems too brightly lighted. 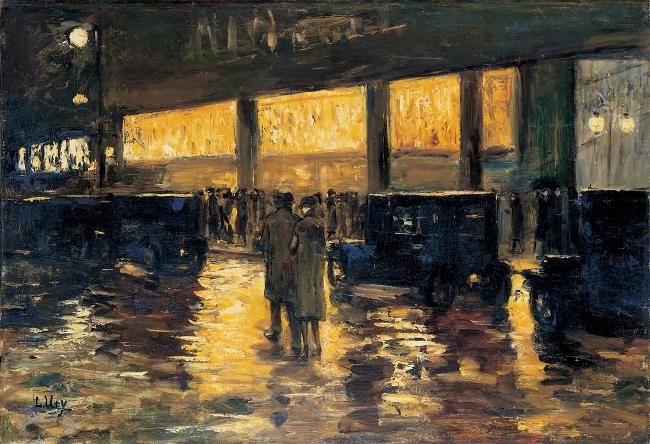 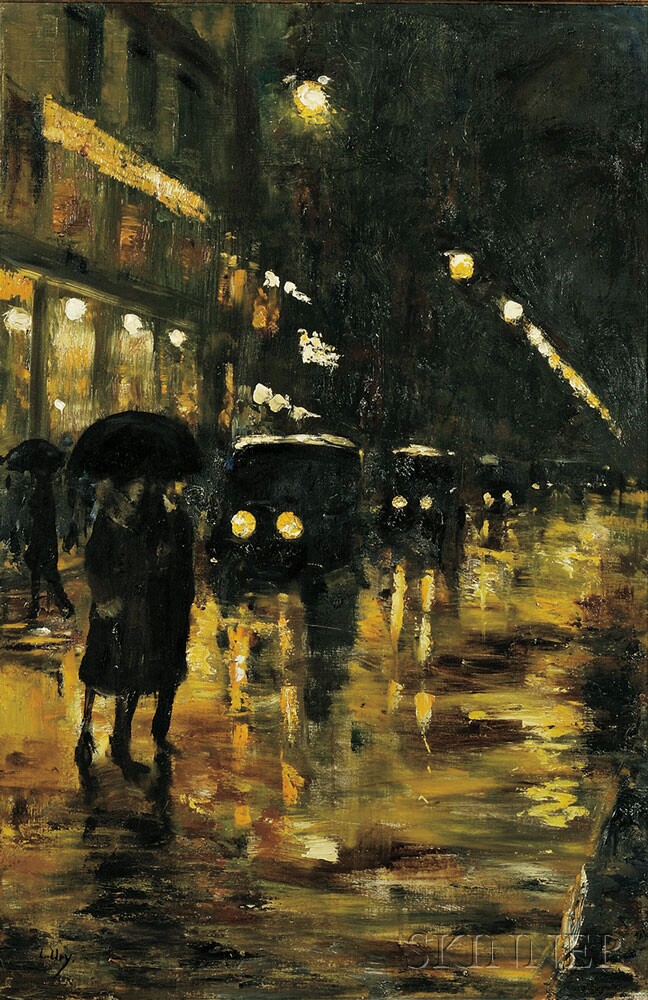 I think he hung around cafes at night a lot. No laptop at least.