Seen at the Bristol Museum and Art Gallery

The tour bus arrived at the hotel soon enough for me to get my suitcase to my room and then quickly walk across town, arriving at the Bristol City Museum and Art Gallery about 35 minutes before its 5 p.m. closing. That gave me little time to check out the shop, get oriented to the somewhat confusing layout of the building, and still view some paintings of interest to me.

Below are some highlights from that short visit. Click on images to enlarge. 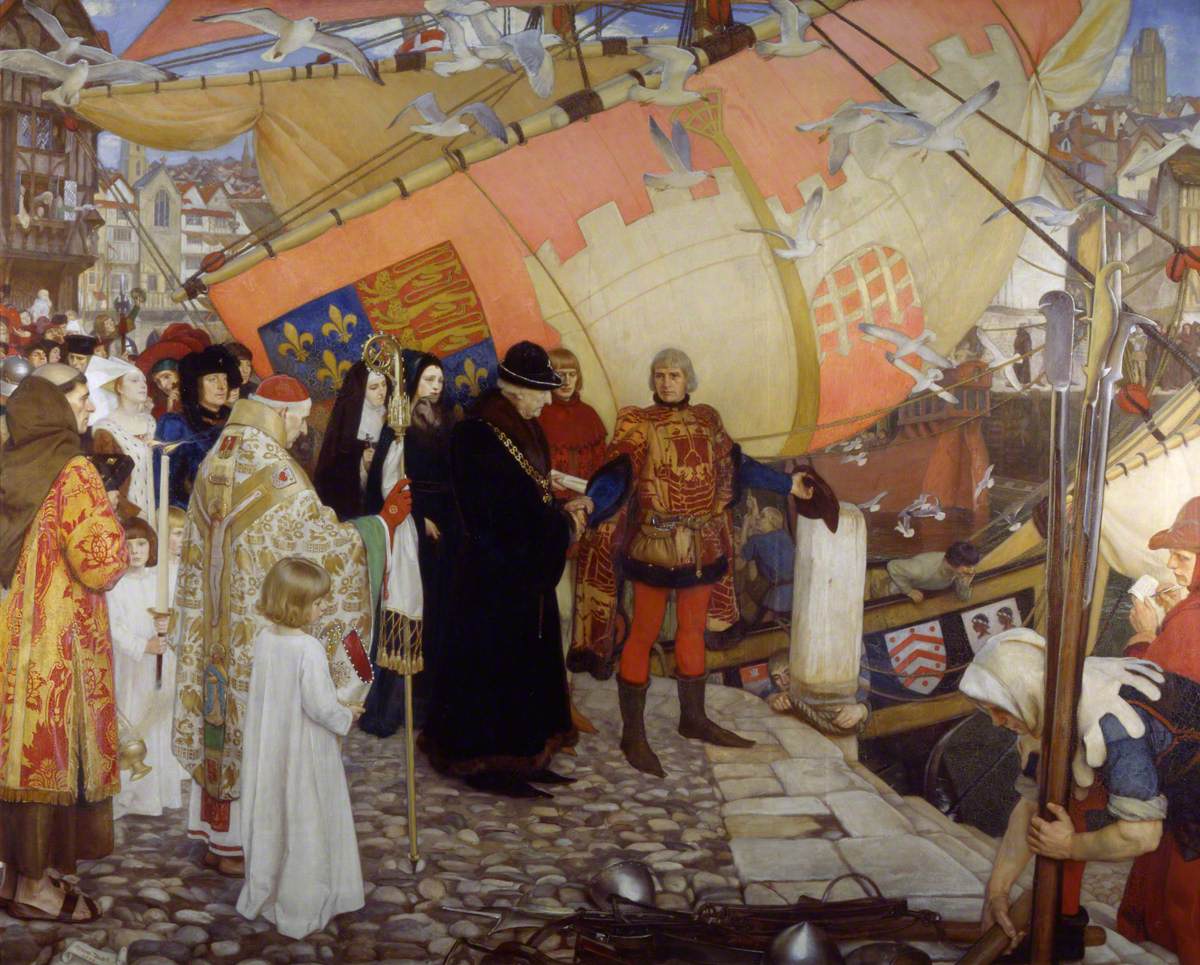 The Departure of John and Sebastian Cabot from Bristol on Their First Voyage of Discovery, 1497 - by Ernest Board - 1906
I wrote about Board here, noting that this painting has interested my for a long time. It hangs in the entrance area of the museum and is covered by protective material that's reflective, preventing getting a decent photo of it. Seeing it in person was the main motivation for my visit. 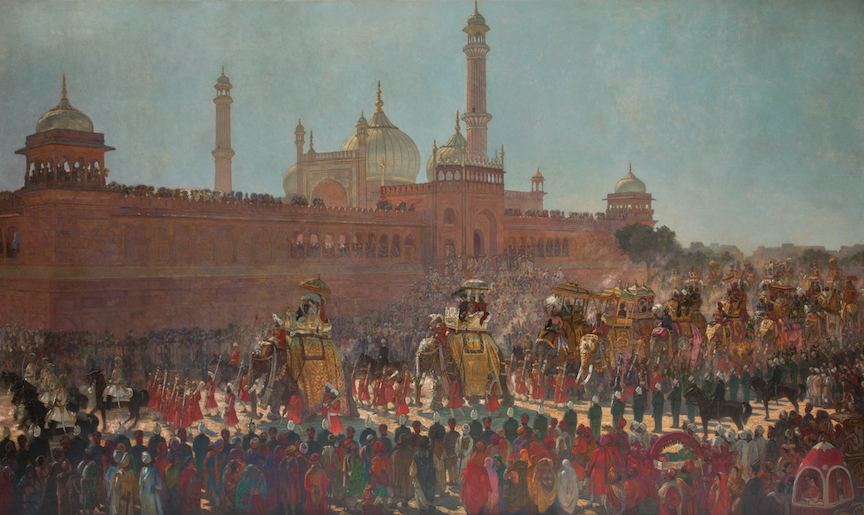 The Delhi Durbar of 1903, The Governor's Procession or The State Entry - by Roderick MacKenzie - 1907
Directly opposite is this huge work depicting an aspect of the Empire at its zenith. 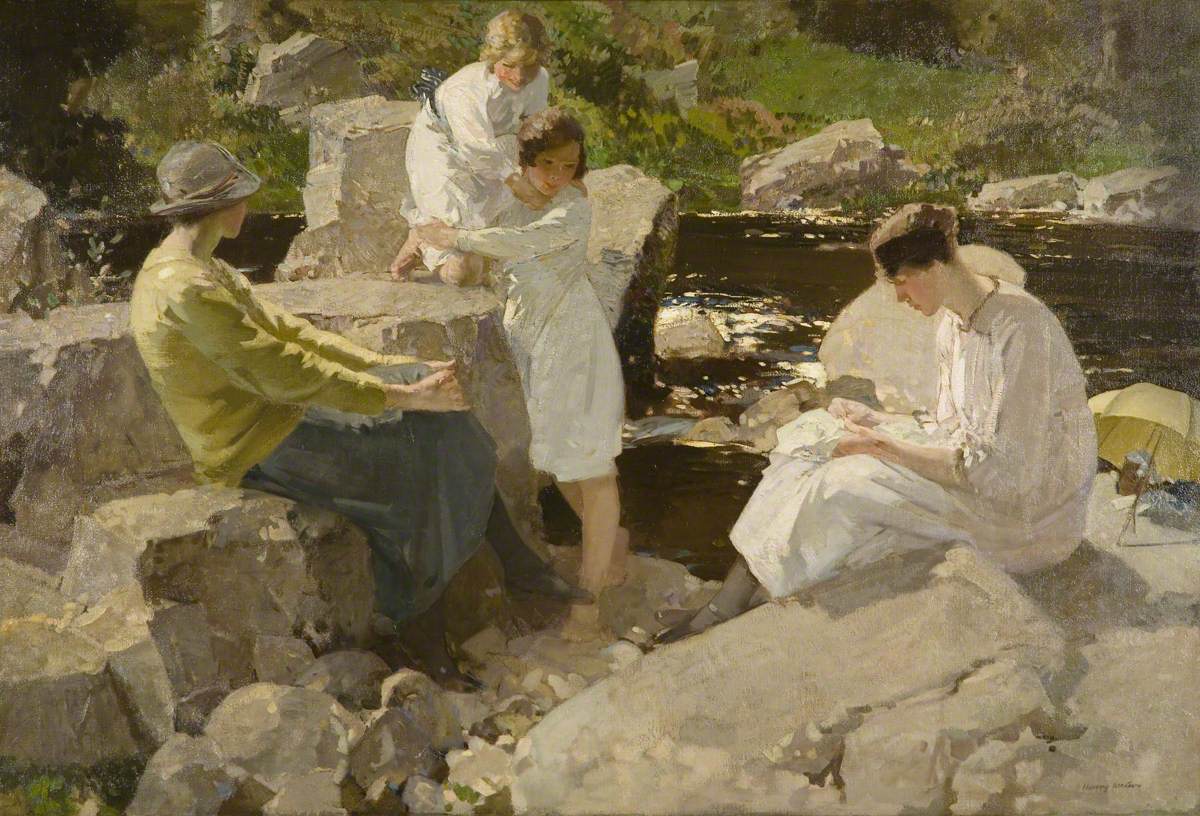 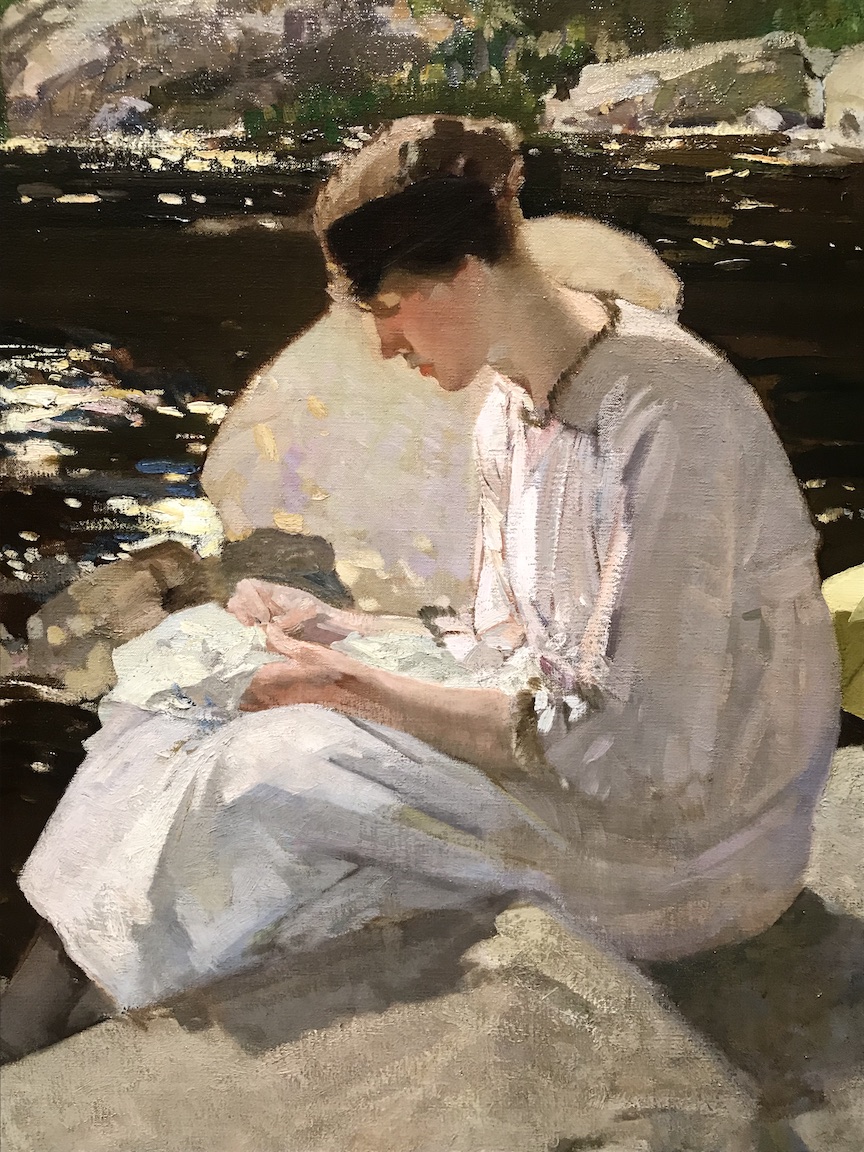 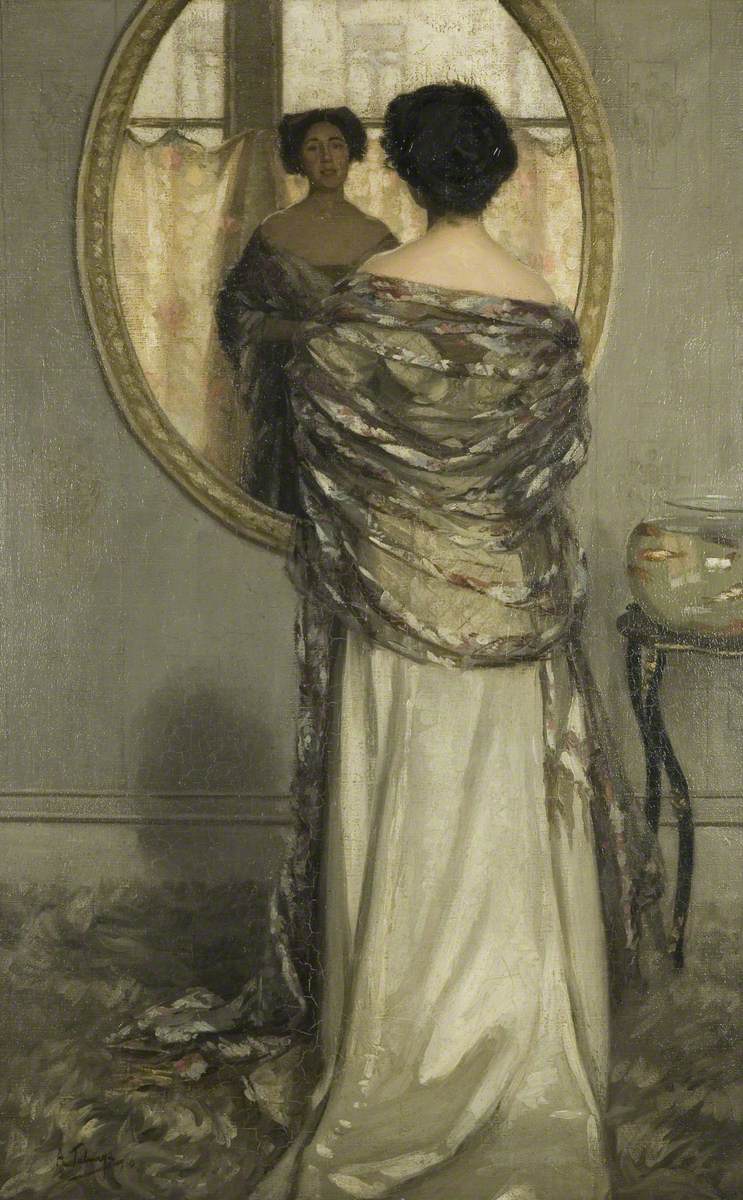 The Mackerel Shawl - by Algernon Talmage - 1910
Its information plaque notes that Talmage mostly painted landscapes. Nevertheless, this is an eye-catching work. 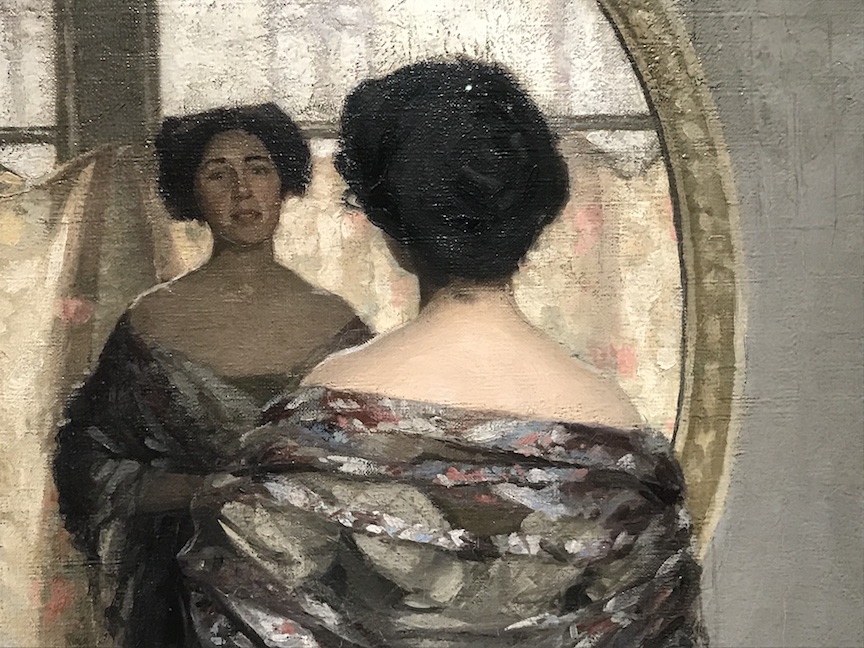 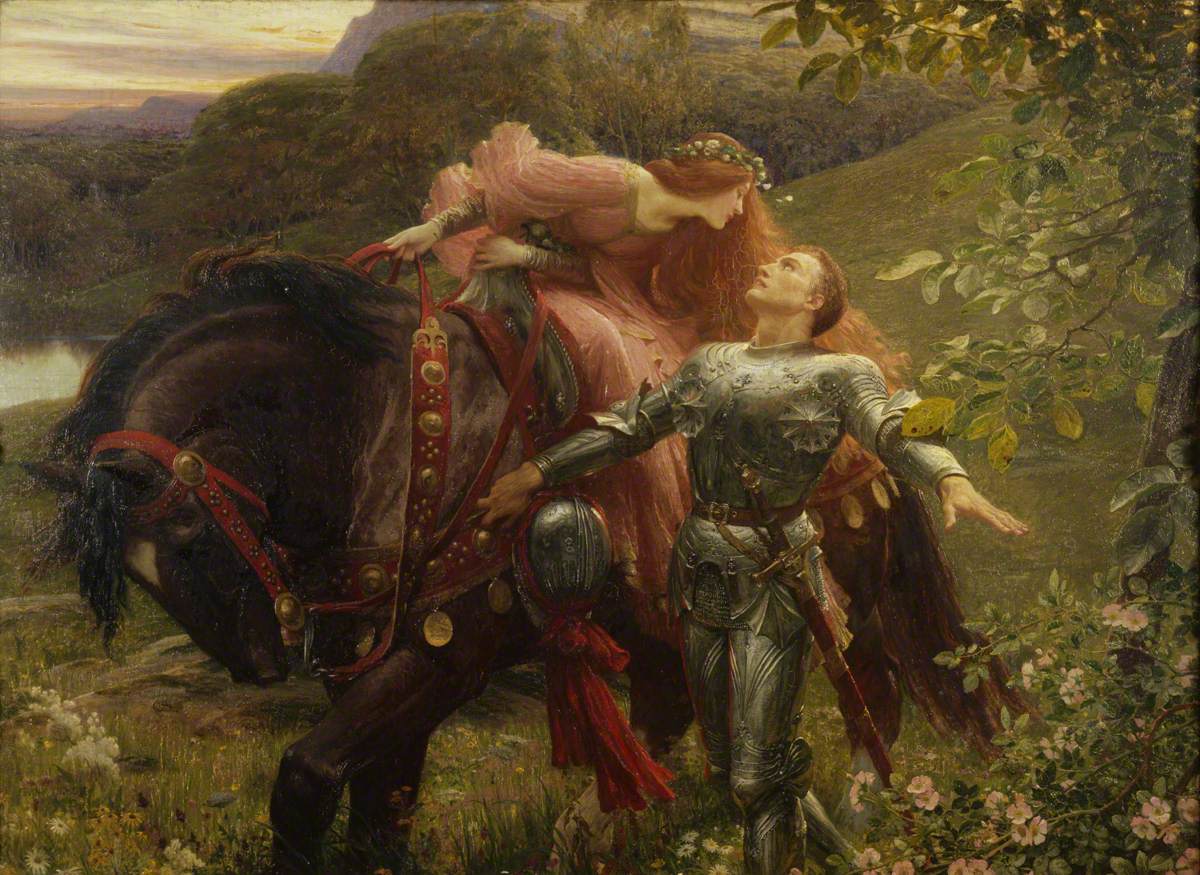 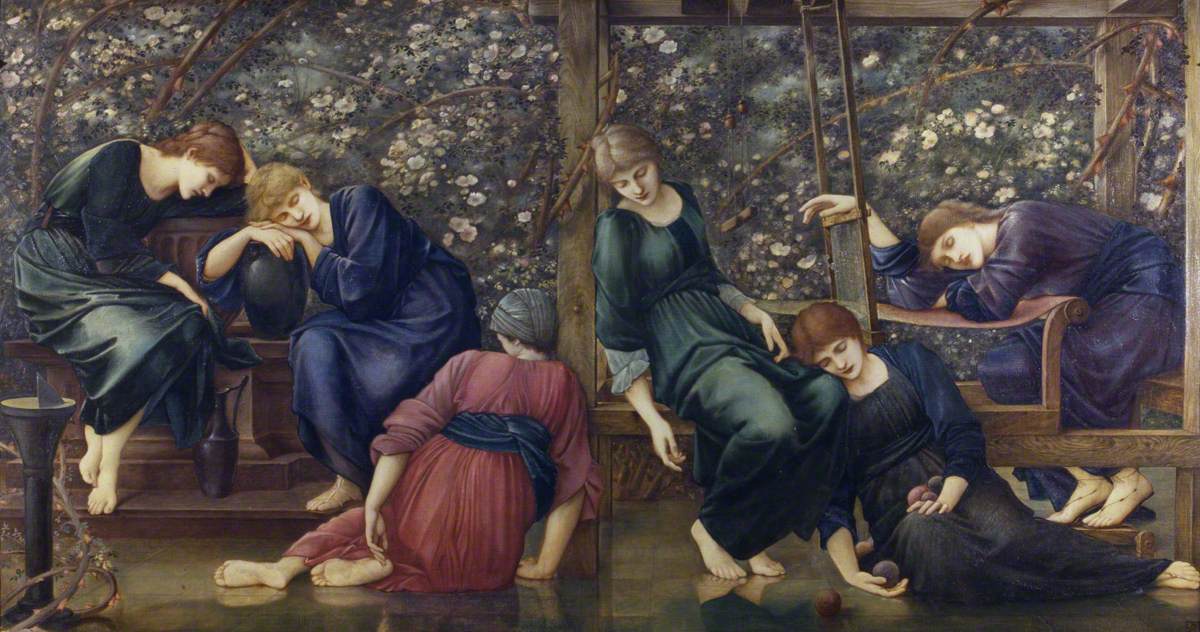 The Briar Rose - No. 3, The Garden Court (Bristol version) - by Edward Burne-Jones - c.1885-90
One of a series of four paintings crafted to fit in a room of the patron's house. It seems that Burne-Jones painted a second version of The Garden Court, as the museum does not have the original. 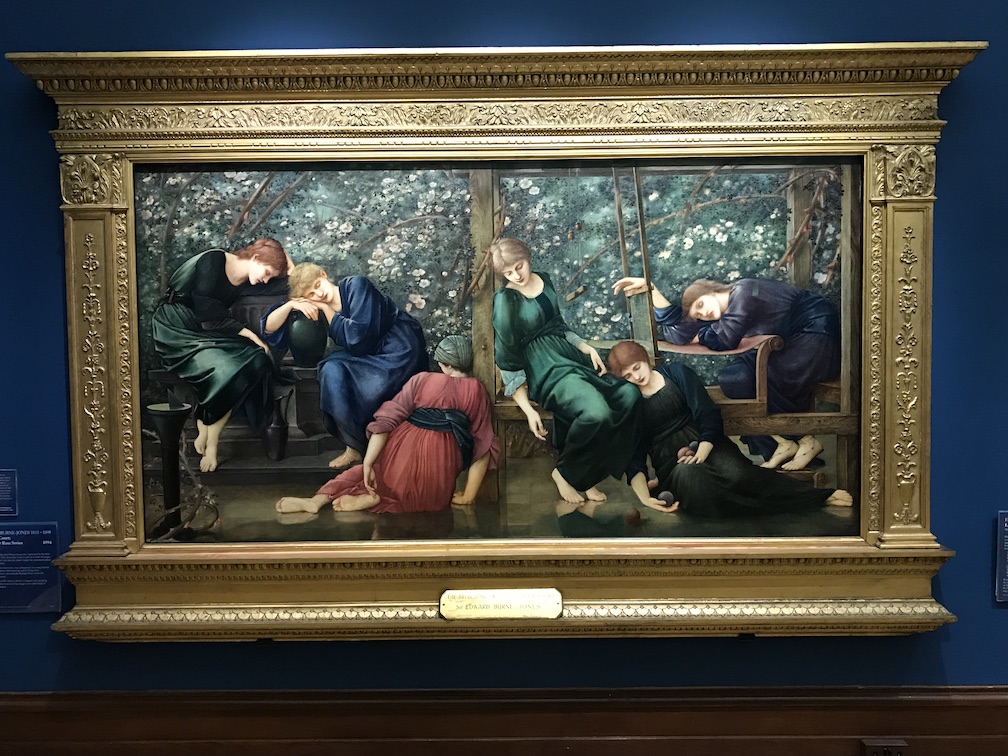 Above painting, photographed at the museum
The museum has above-average lighting, so my iPhone-based photos capture what I saw well. This painting was restored recently, so its colors are brighter than those in the previous, Web-based image of the Bristol painting. 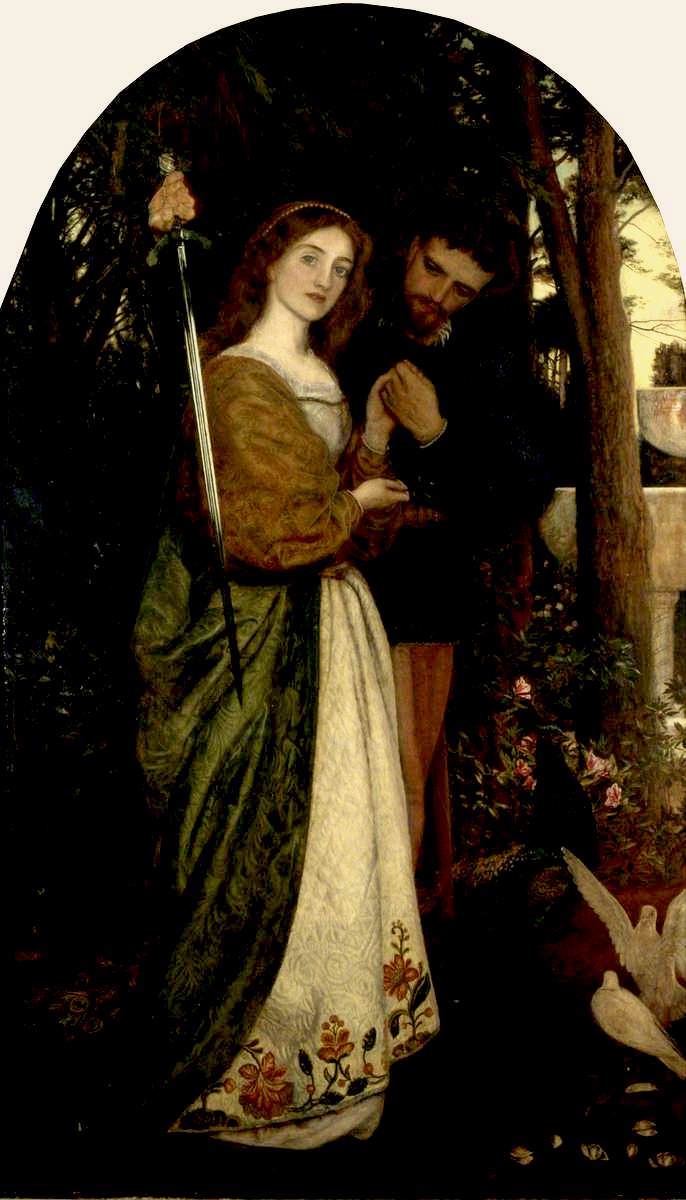 The Guarded Bower - by Arthur Hughes - c. 1865
Hughes was associated with the Pre-Raphaelite movement. 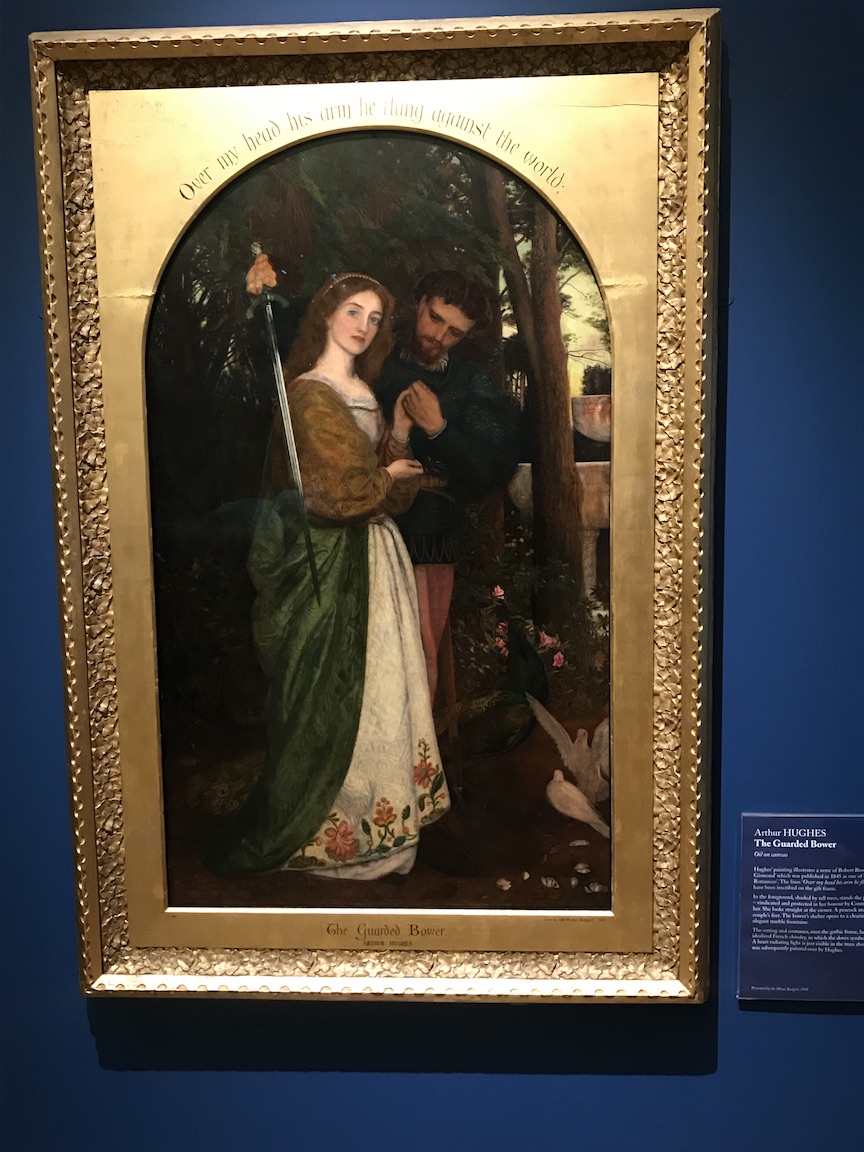 Above painting photographed at the museum
It looks much better in its frame than in the previous, Interned-based image.

The 1902 painting "La belle dame sans merci" by Frank Dicksee was very melodramatic, wasn't it? Though the knight was polishing his armour, he had the fixated eyes of a deer caught in headlights.