Shedding Ivy from the Empress

Some older American colleges and universities have a springtime Ivy Day tradition that, among other activities, involves placing a stone plaque on a building and perhaps planting ivy nearby. They were doing that at Penn when I was there, though as a grad student I wasn't involved. Penn still has its Ivy Day, but I don't know if any ivy is still planted.

Ivy is not physically kind to building exteriors and camouflages a building's architecture. It's my impression that actual ivy is disappearing from Ivy League buildings and elsewhere: correct me if I'm wrong.

One example of disappearing ivy is the famous Empress Hotel in Victoria, British Columbia, Canada. Once upon a time it was covered with ivy, and now it has none. 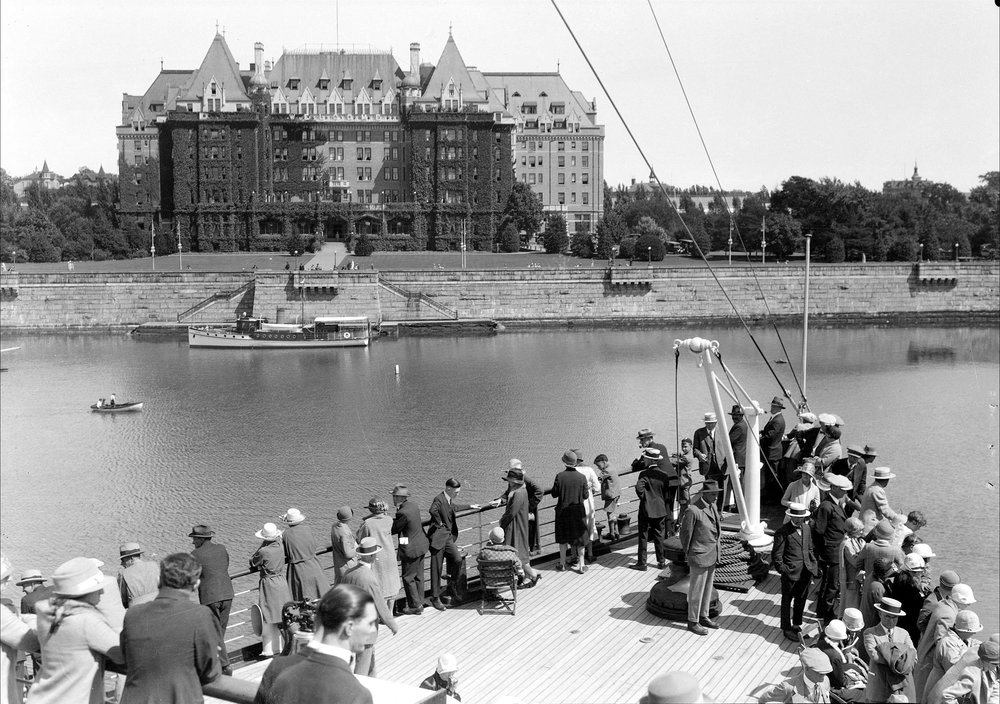 The Empress as seen from a ship in the mid-1920s. The dark areas are ivy. 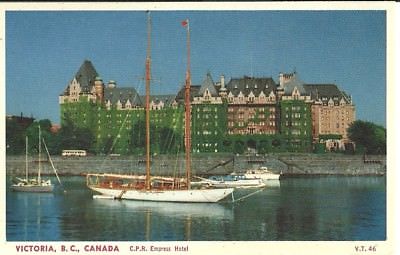 A view from the 1940s. The hotel got its final major enlargement in 1928 and much of that part is ivy-covered. 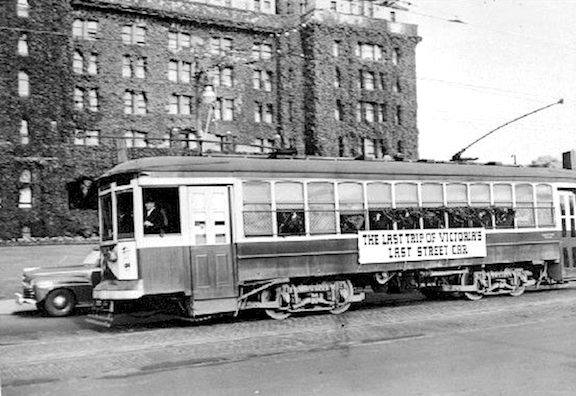 A July, 1948 photo with, in the background, the north side of the hotel (at the left in the previous image) covered with ivy. 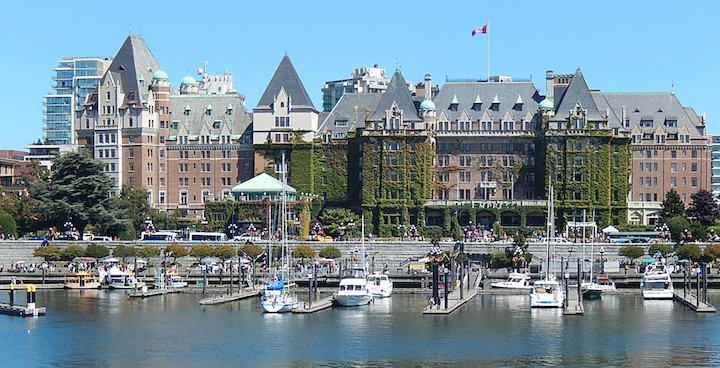 A photo of the Empress I took in 2013. The north (left) part of the hotel is now ivy-free, but plenty remains on the original section. 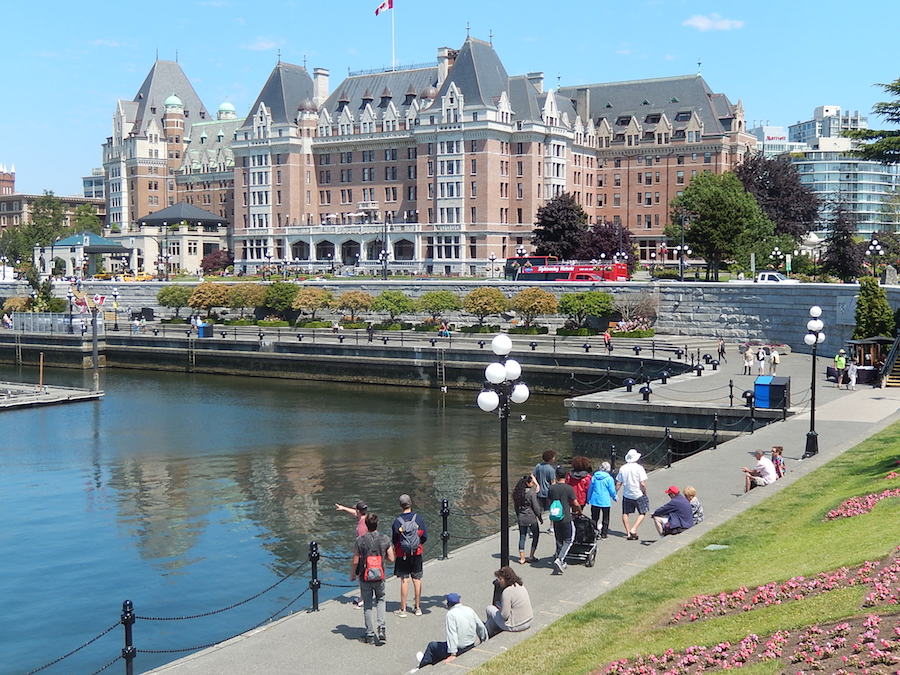 A photo I took recently, following the hotel's latest renovation. There's no ivy to be seen. A big improvement, in my opinion.
Posted by Donald Pittenger at 1:00 AM

Why was ivy planted in the first place?

Because people like the Hobbit house look? The house next door when I grew up had ivy covering the side toward our driveway, so I had a view of it all the time. I always thought it was pretty cool. But not good for the building (it was brick for the first floor and wood above that, both covered) for whatever reasons, I think. Particularly I would imagine on the wood part. That house is also ivy free today.