Wilhelm Leibl: Influential, But Hard to Pin Down

Wilhelm Maria Hubertus Leibl (1844-1900) was enough of an influence on some well-known late-19th century German painters that the label Leibl-Kreis (Leibl Circle) was coined.

However, as noted here, Leibl himself was greatly influenced by Gustave Courbet. One possible result of this was his usual practice of composing paintings on the fly rather than doing a lot of careful preparatory work as academicians would do. (James Gurney had a short post about Leibl's technique here.)

This did not prevent Leibl from painting a subject more than once. So while each work might have been done extemporaneously, collectively they might be considered studies. Examples of his depiction of one subject are included below.

In general, his paintings as found on the Internet tend to be free, sketchy. But he was quite capable of working in a more precise manner. 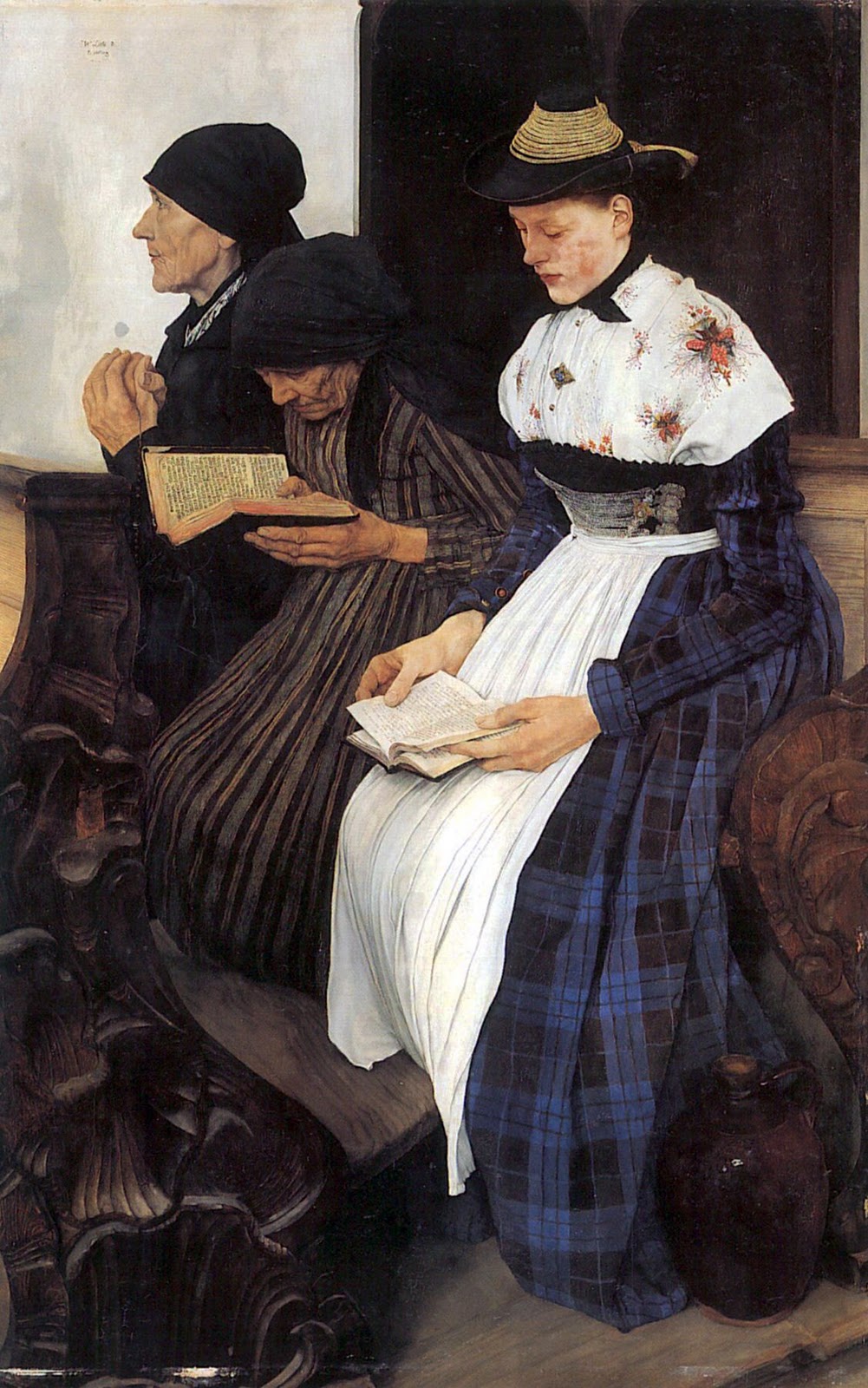 Die drei Frauen in der Kirche - Three Women in Church - 1881
This seems to be Leibl's most famous painting. It is carefully done ... not spontaneous. 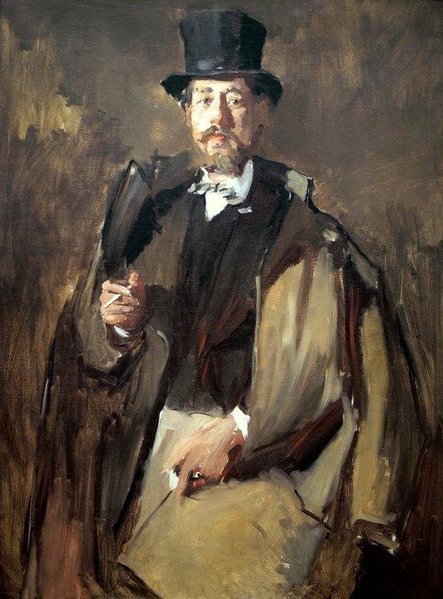 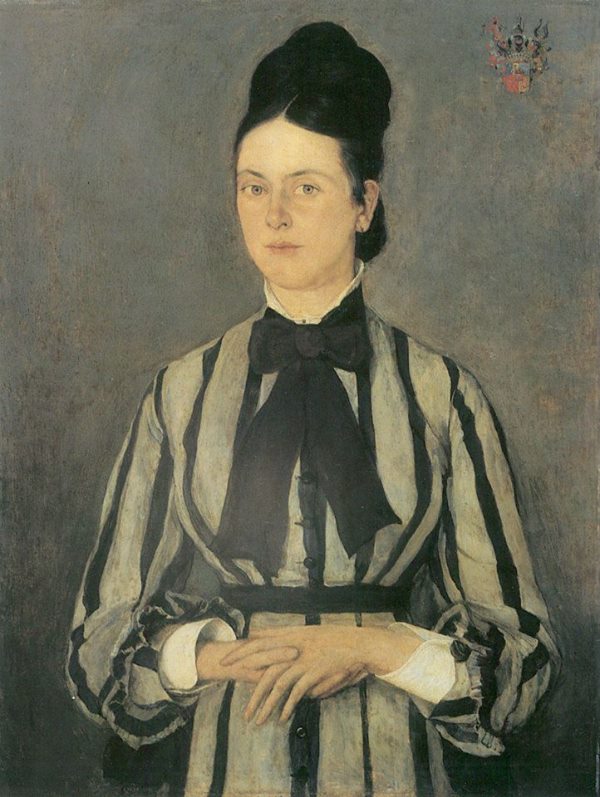 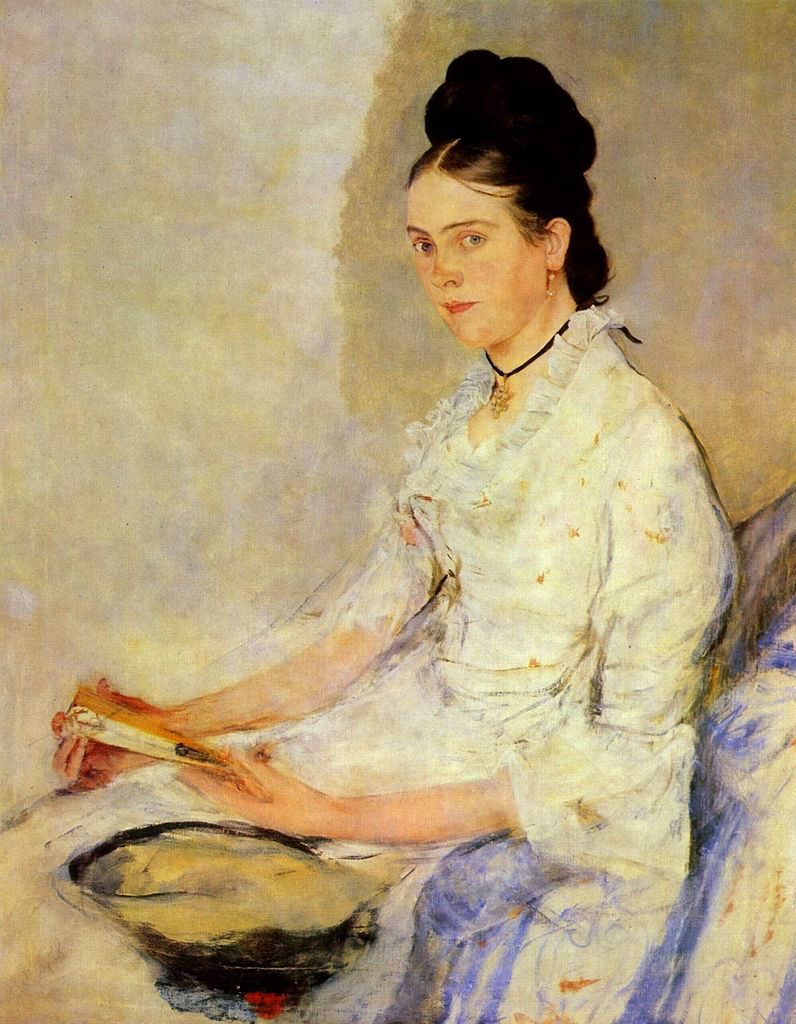 Rosine Fischler Gräfin Treuberg - Rosine Fischler, Countess Treuberg - c. 1877-79
Whereas this portrait of the same subject seems to be a study: note, for example, an alternative right arm and the apparent lack of a signature. 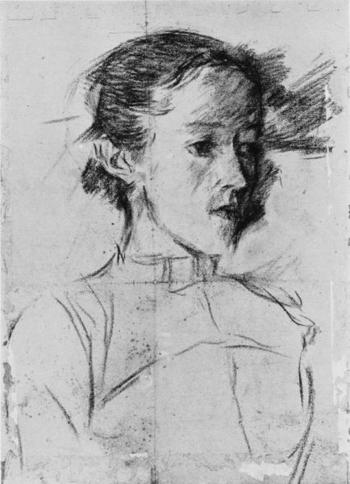 Portrait of Maria Ebersberger - artist's housekeeper
No date on this Sketch. She seems to be the subject of the following two or three images -- and quite possibly the nearest of the three women in church shown above. 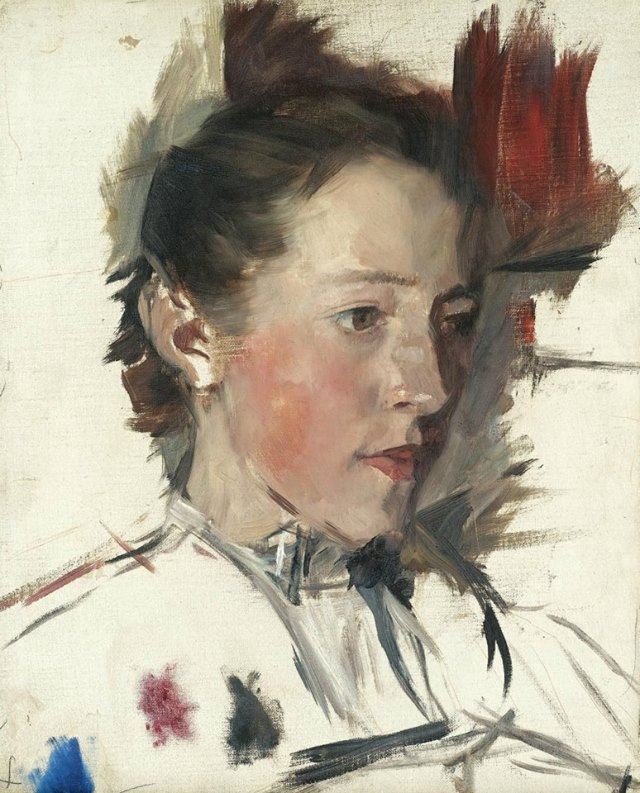 Farm Girl
That is the title attached to the image as I found it on the Web, but it's clearly Maria Ebersberger. 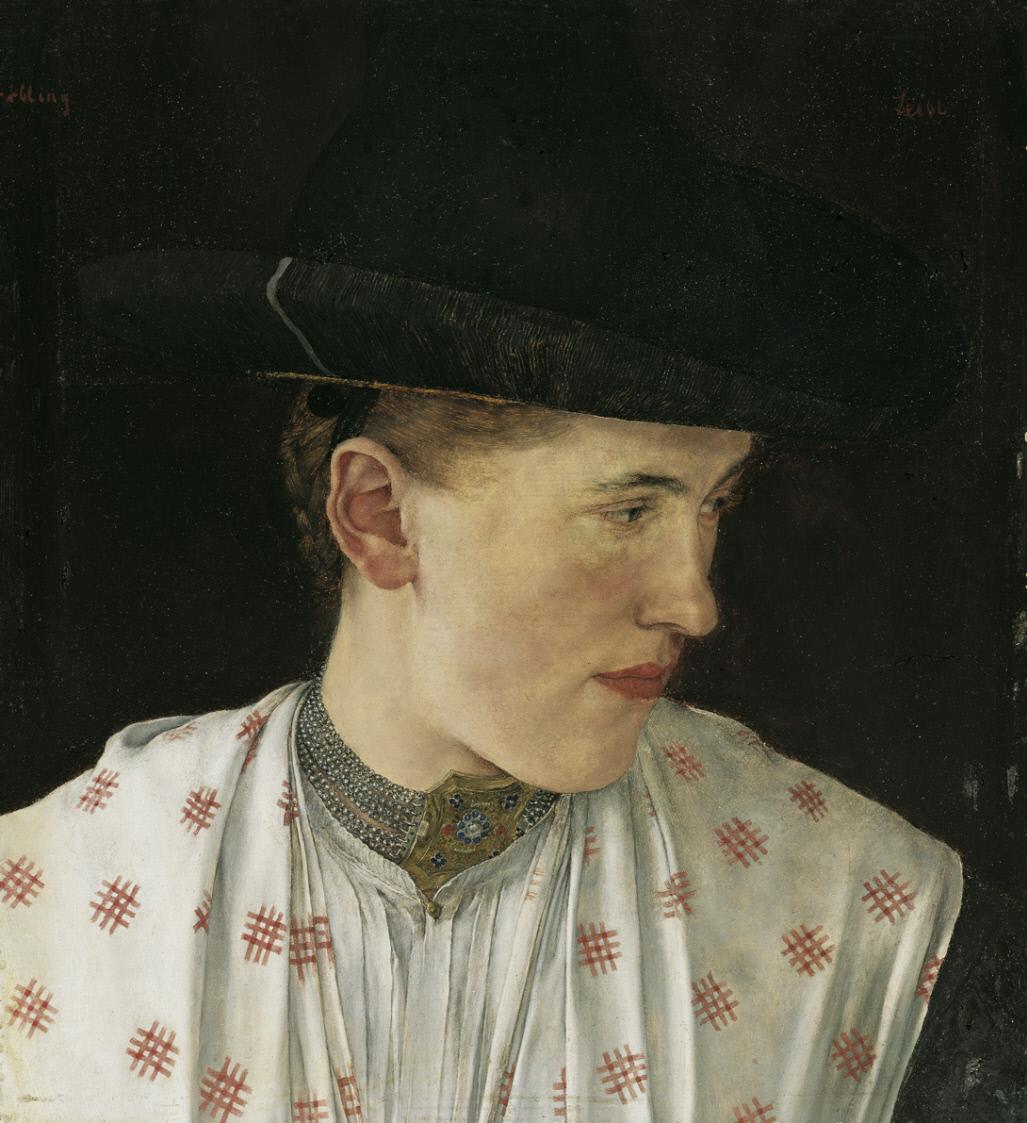 Peasant Girl - 1880
Again, the Internet title -- but also Maria (compare the ear as well as other features to the images above). 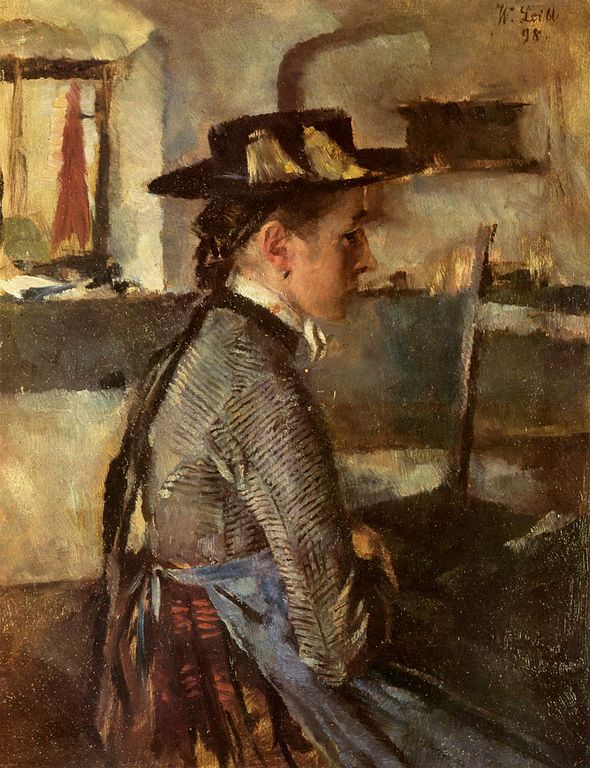 In Erwartung - Waiting / Anticipation - 1898
The Internet date is 1898, whereas the above images of Maria Ebersberger seem to be from around 1880. Nevertheless, this seems to be Maria shown at about the same age. 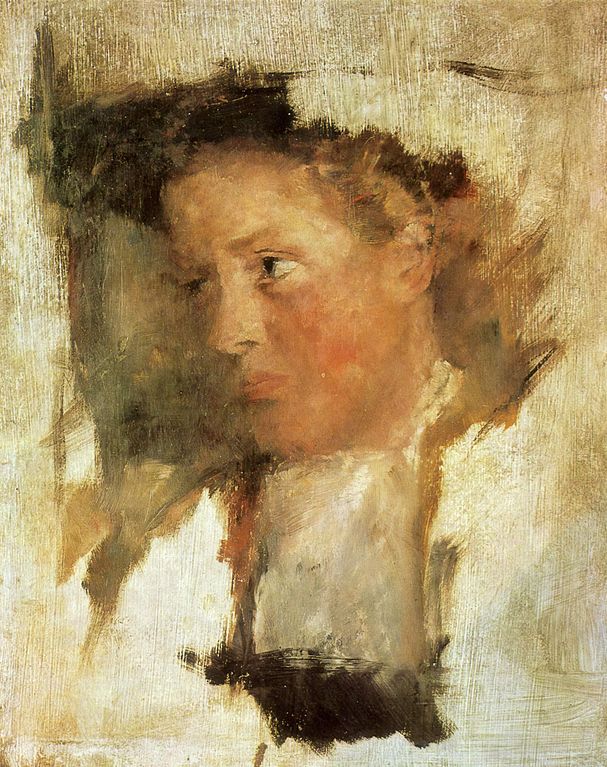 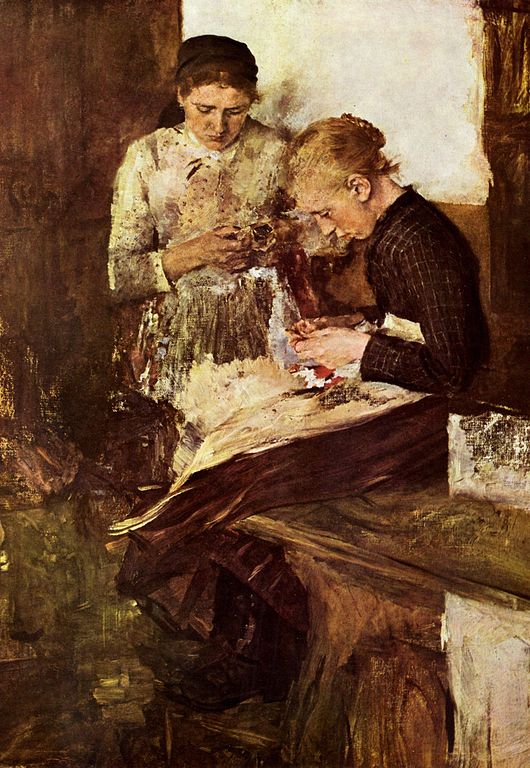 Definitely the church lady. I enjoy your blogs but I wish the comments allowed posting photos.