Antonio Donghi (1897-1963) is best known for paintings made during the 1920s and 1930s. During that period his style changed little.  Essentially, his non-landscape subjects were depicted in stiff poses using some simplification in form and modeling.  In other words, he made use of some features of Modernism while not diving too deeply into it.

As for the scenes he painted, they often were quirky.  In some cases there was a hint of humor, but humor from an odd, sometimes hard to understand viewpoint.

His English Wikipedia entry is here.  From there you might link to a longer Italian entry. 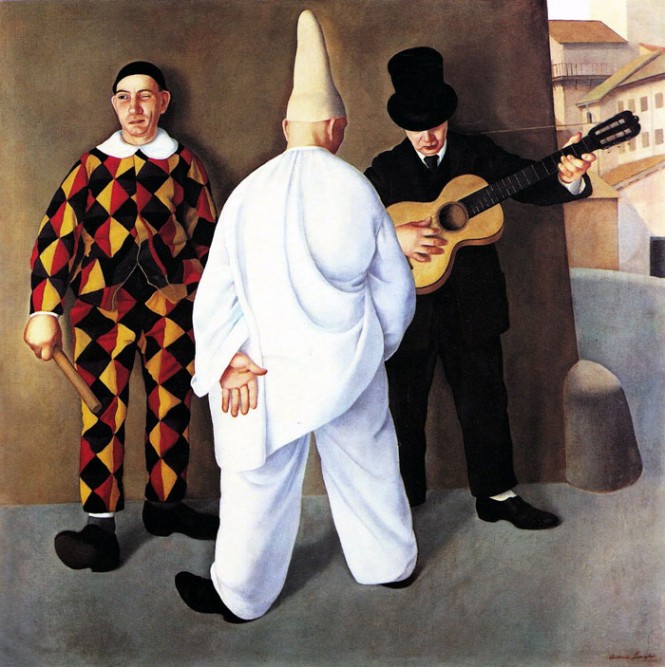 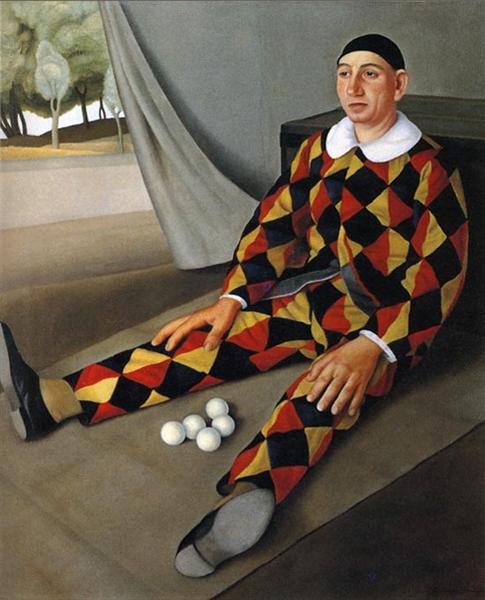 Juggler - 1926
The harlequin in the previous image reappears here. 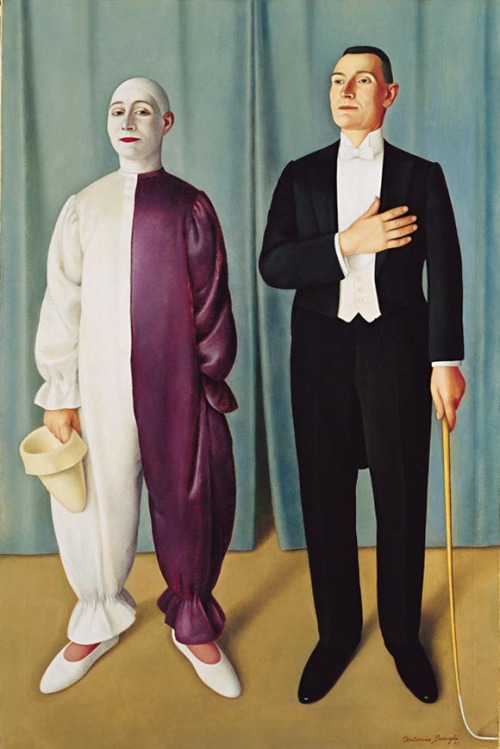 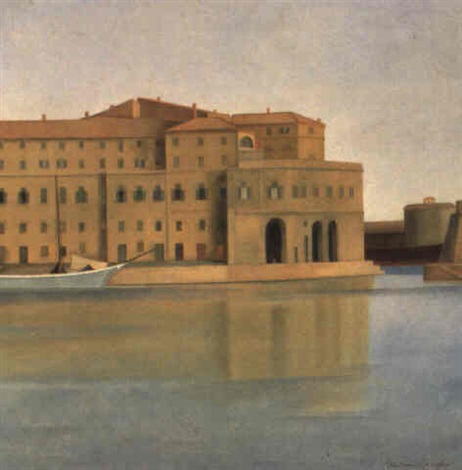 Paesaggio (porto) - 1930
Example of a landscape painting where Donghi uses a different style. 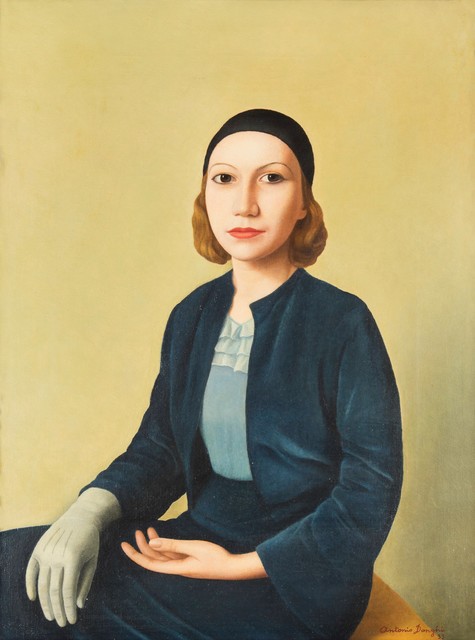 Abito azzurro - 1933
The title refers to her blue outfit, yet it's hard to avoid noticing the gloved hand. 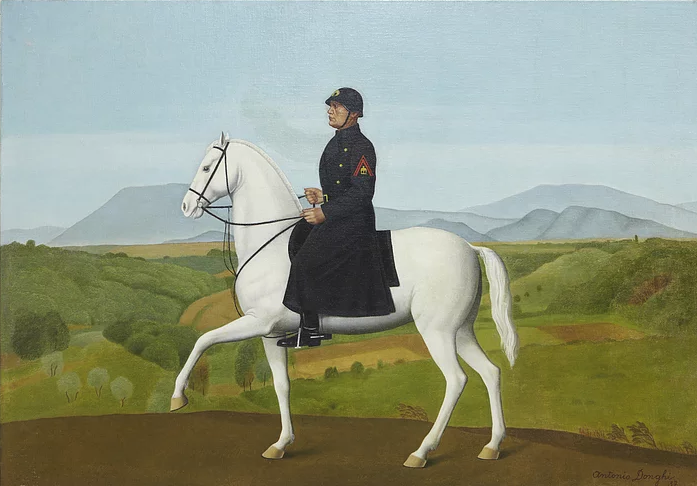 Equestrian Portrait of Mussolini - 1937
Just by looking at this painting it's hard to say whether Donghi made a typical work honoring Mussolini or whether this was a subtle satire of such works.  I suspect the latter. 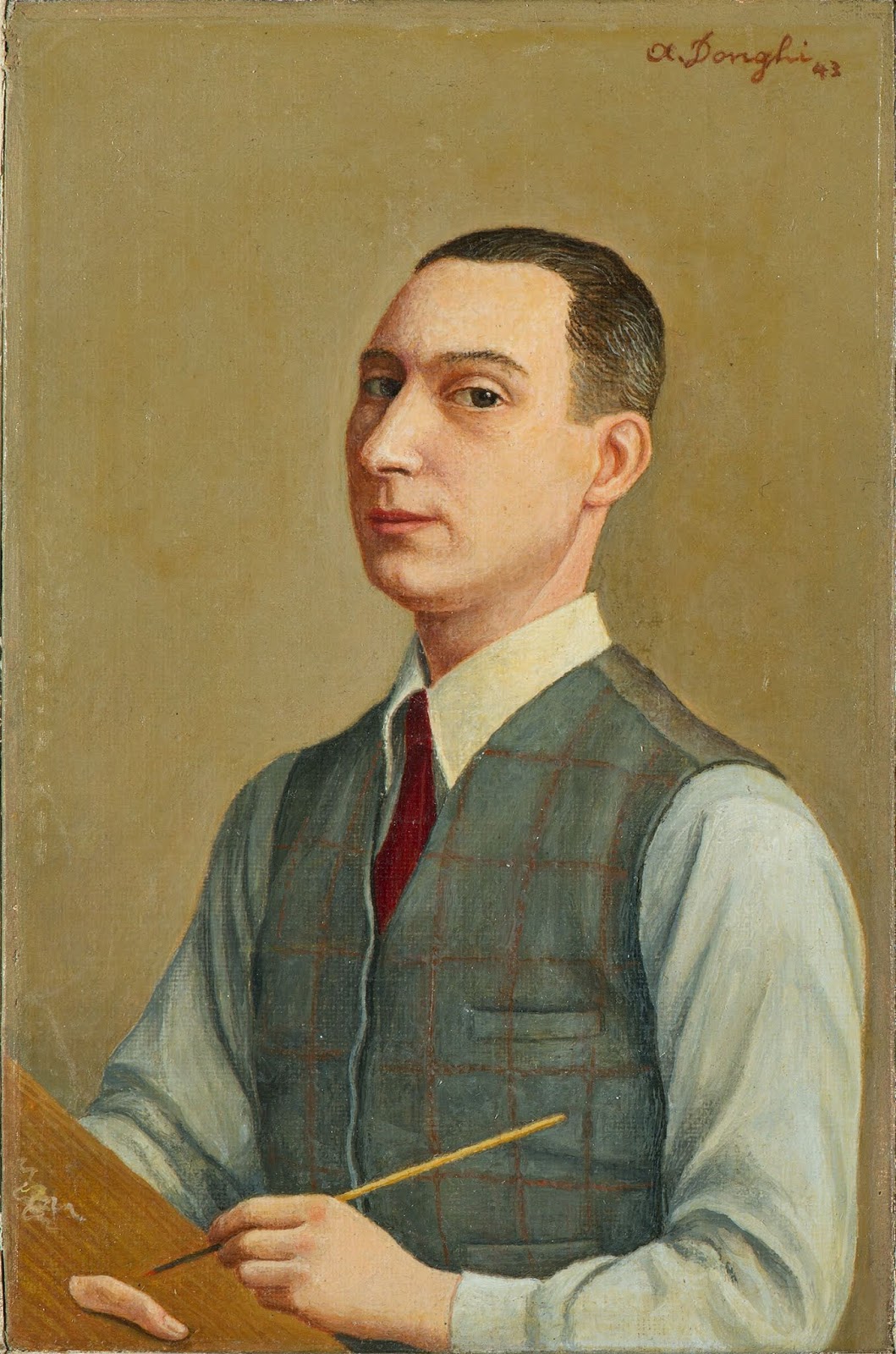 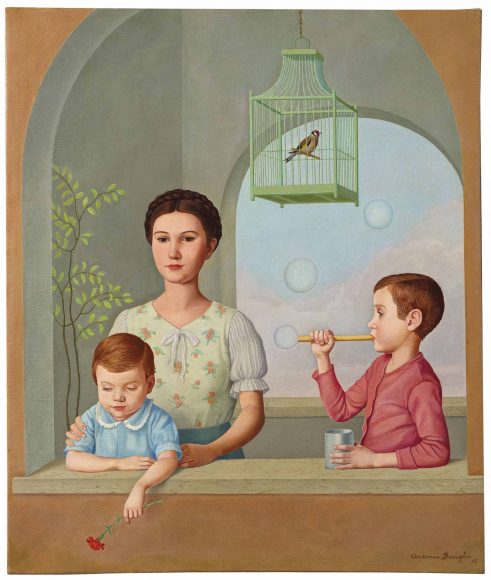 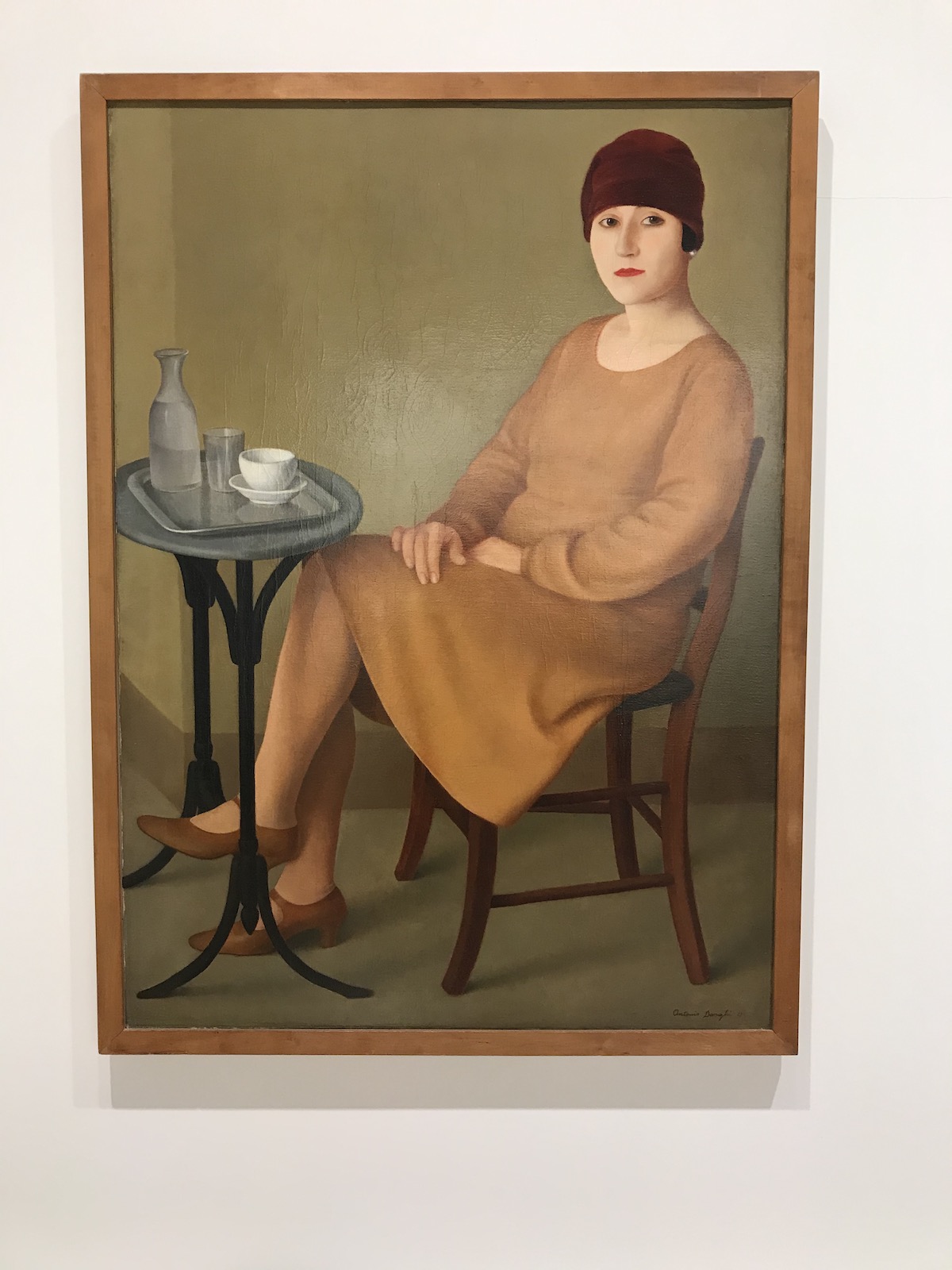 Cocottina - 1927
This and the next two paintings as seen via my iPhone in Venice's Ca' Pesaro museum. 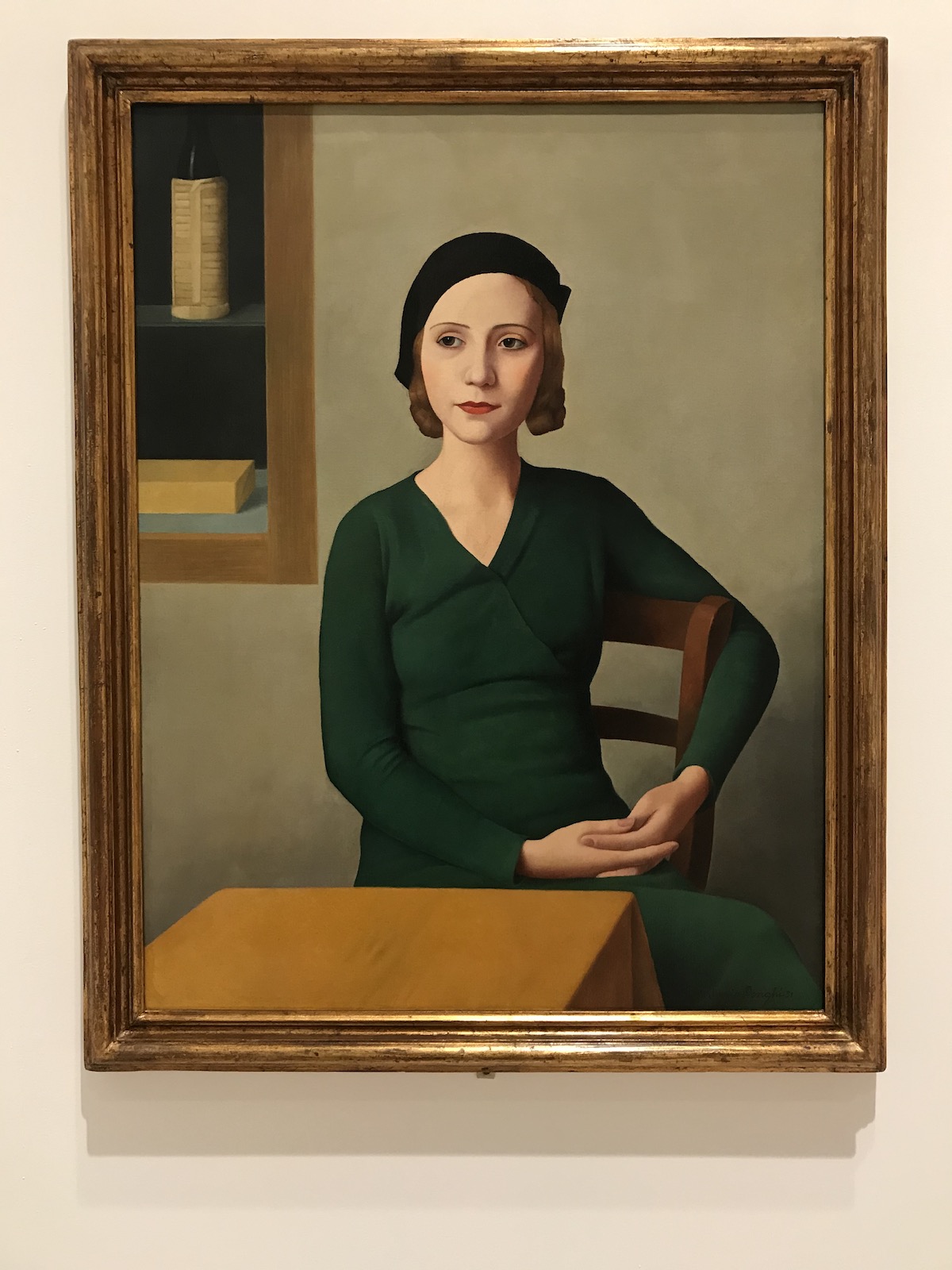 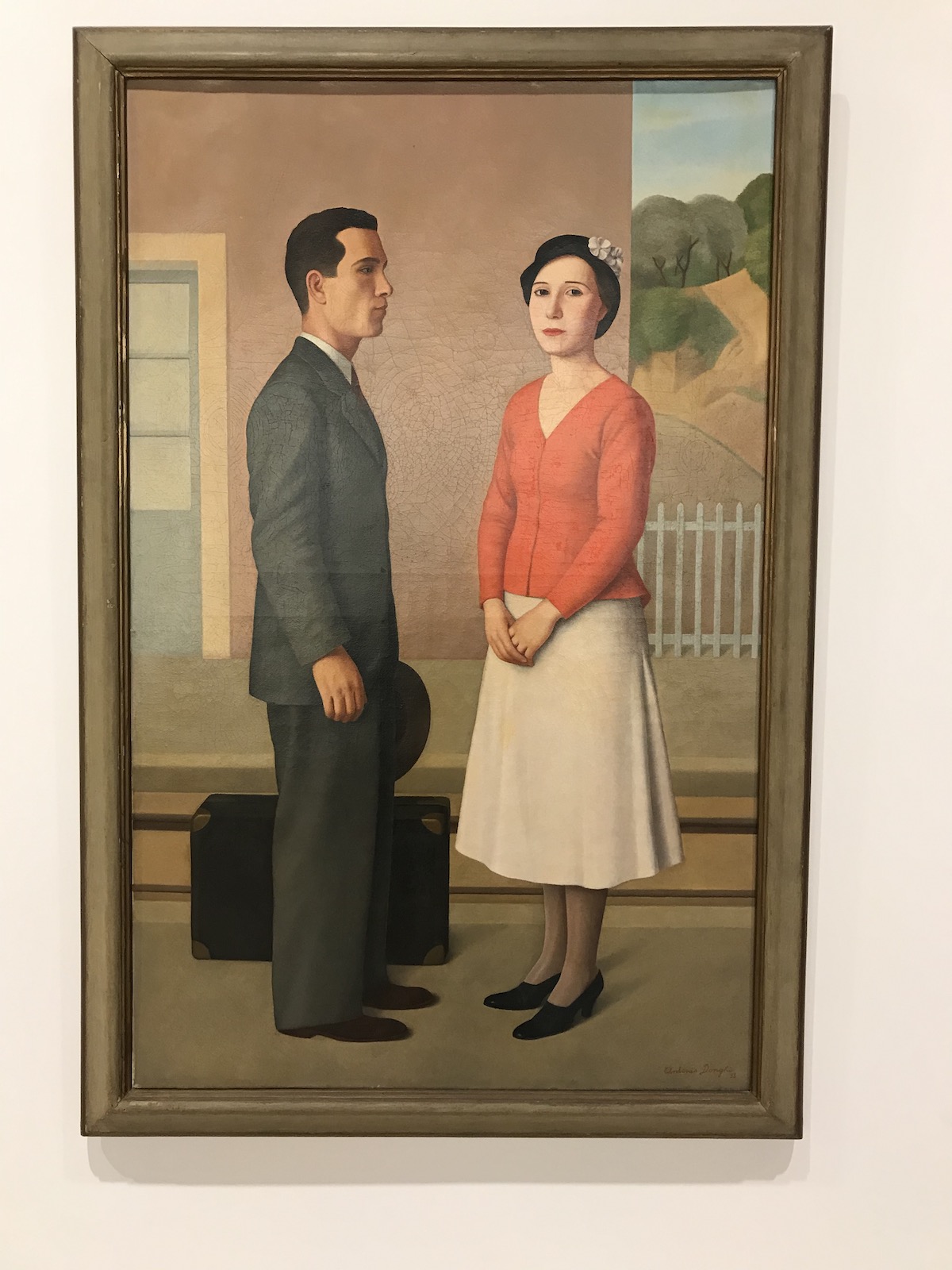 Gli amanti alla stazione (La partenza) - 1933
"The Parting" is the short title for this couple at a train station.
Posted by Donald Pittenger at 1:00 AM