Daniel Sayre Groesbeck (1878-1950) was an illustrator with a nice touch whose work is scarce on the Internet. Much of that has to do with the fact that for a chunk of his career, he had the role of what is now called "concept artist" for movie studios. In particular, he was a good friend of, and worked for, the great Cecil B. DeMille. Since the illustrations he made for DeMille and others were essentially private commissions, they (almost?) never saw the light of day in his time. Much of what see today is from the catalog of an exhibit of his work at the Santa Barbara art museum from 2001.

I wrote about Groesbeck here. A Muddy Colors post dealing with him is here, and examples of his work done in Siberia and East Asia is here.

The images below are a supplement to the better works I posted earlier. Most are related to movies. Still, they are worth a glance. 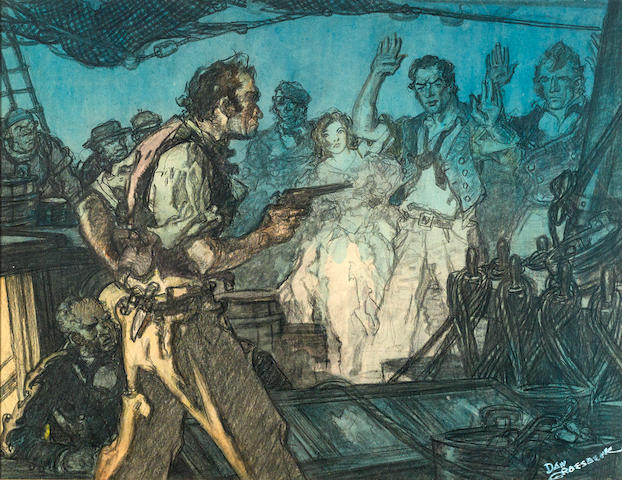 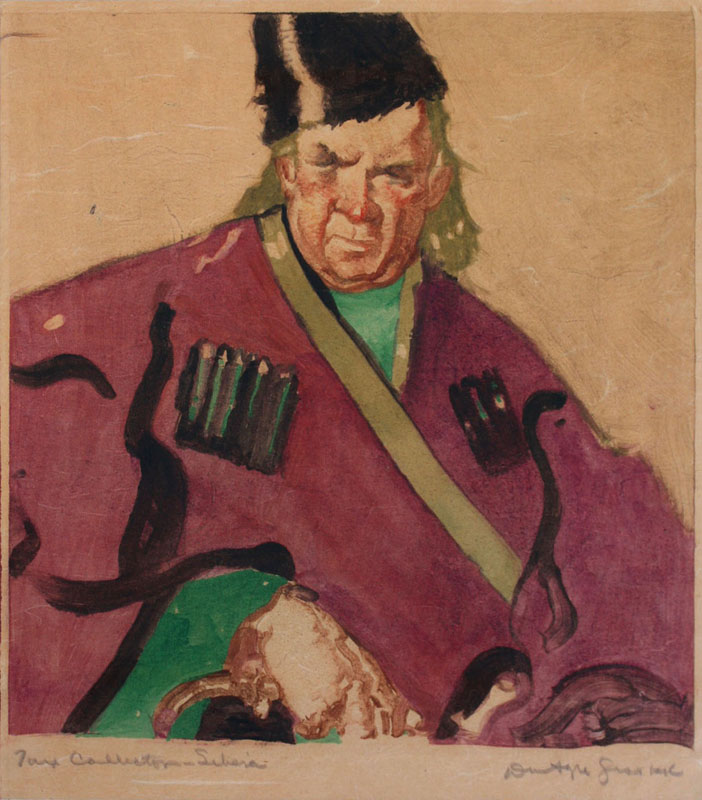 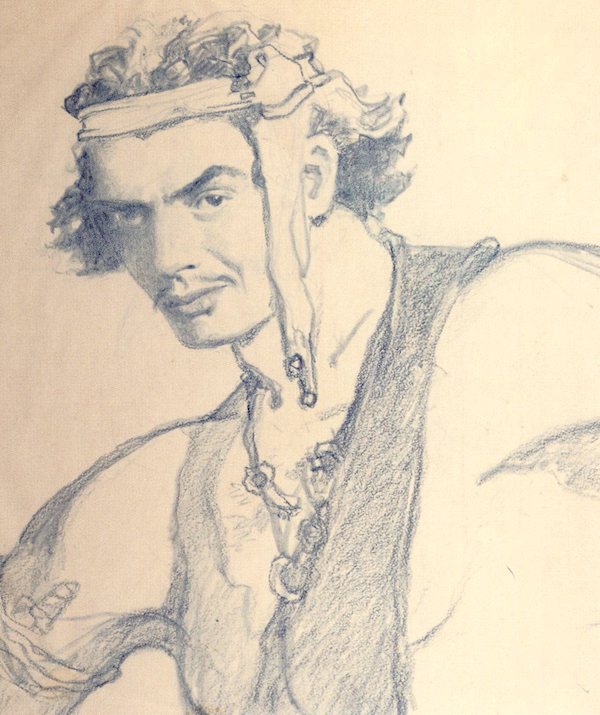 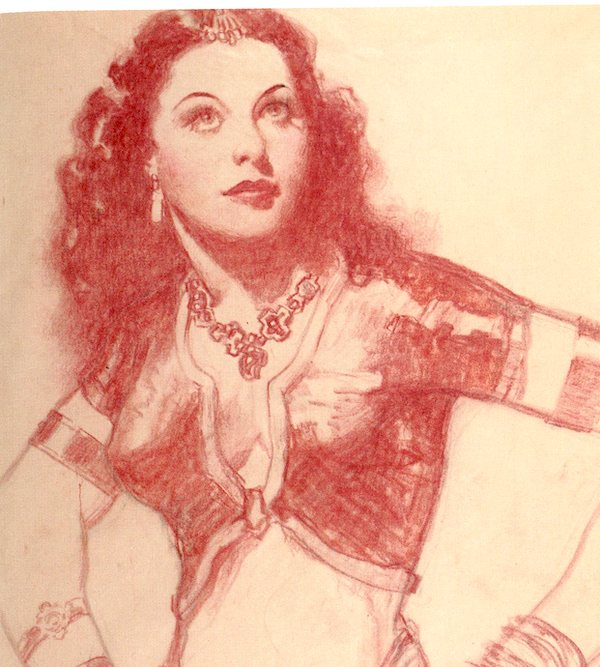 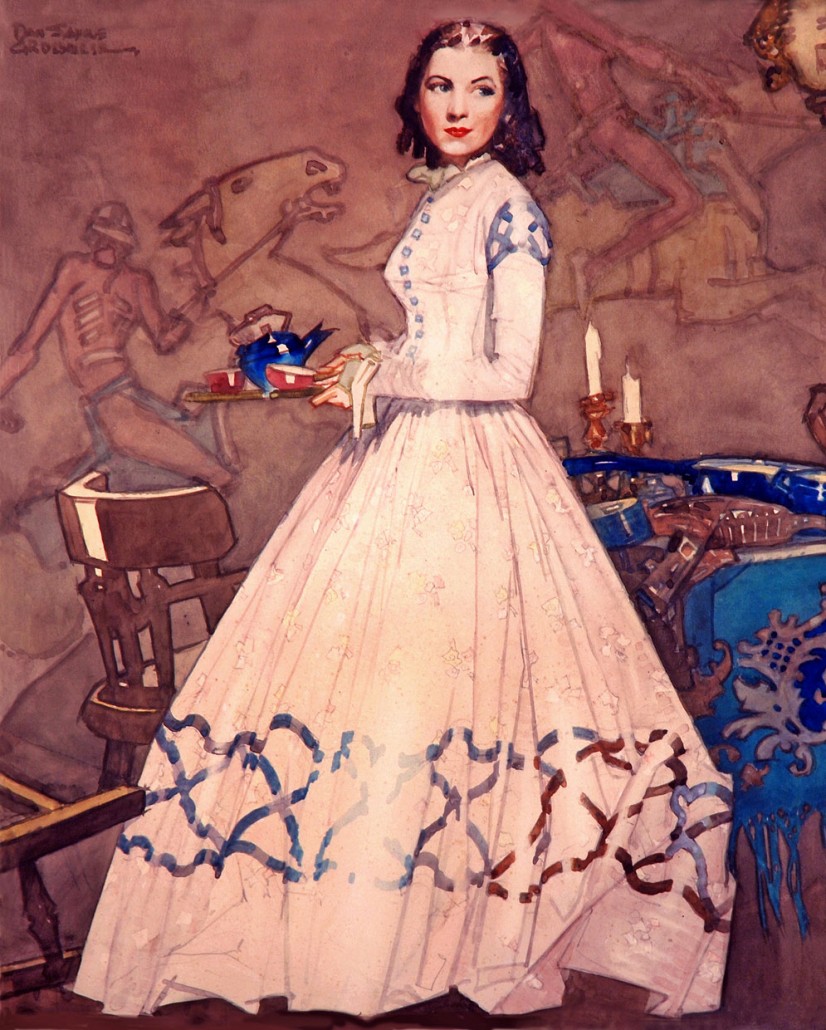 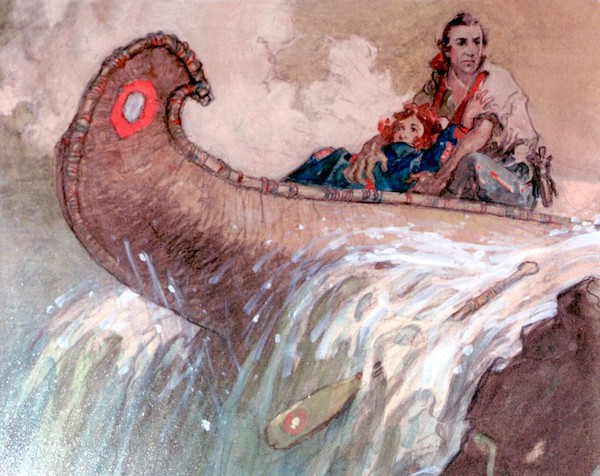 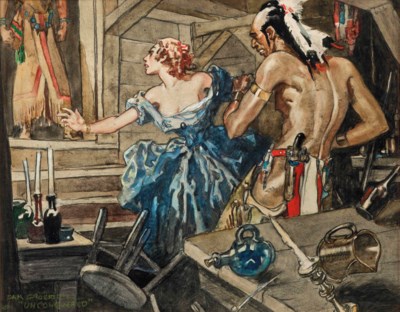 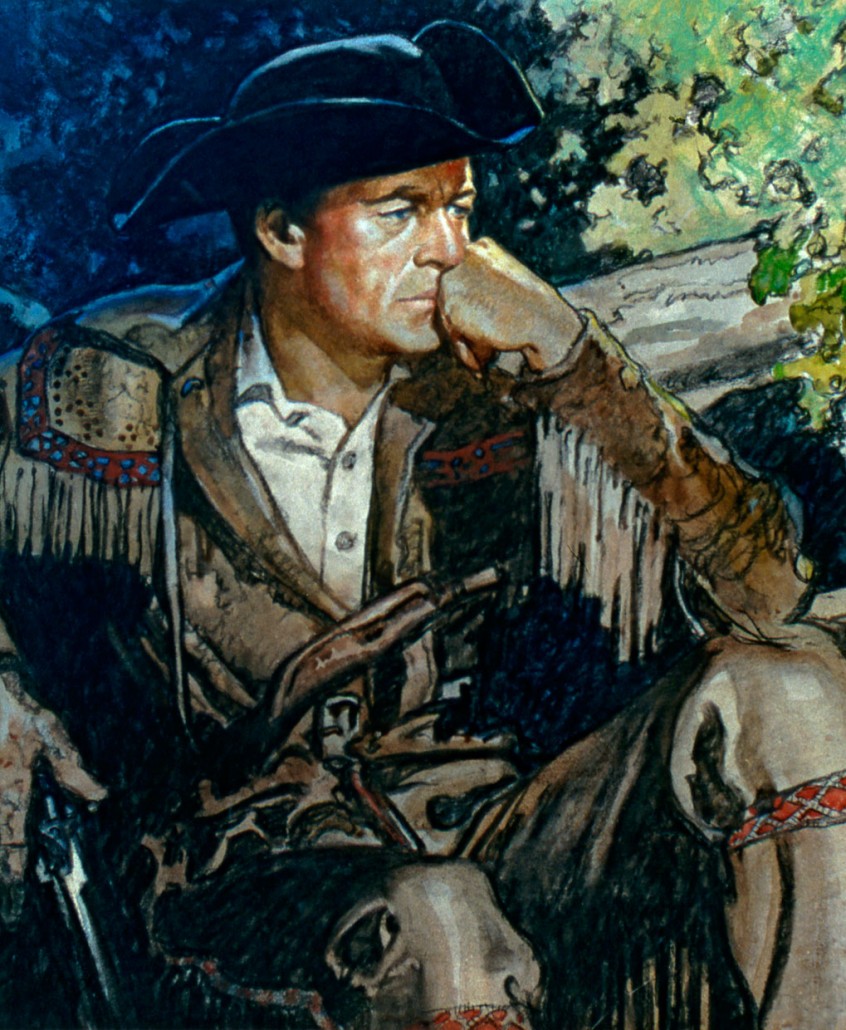 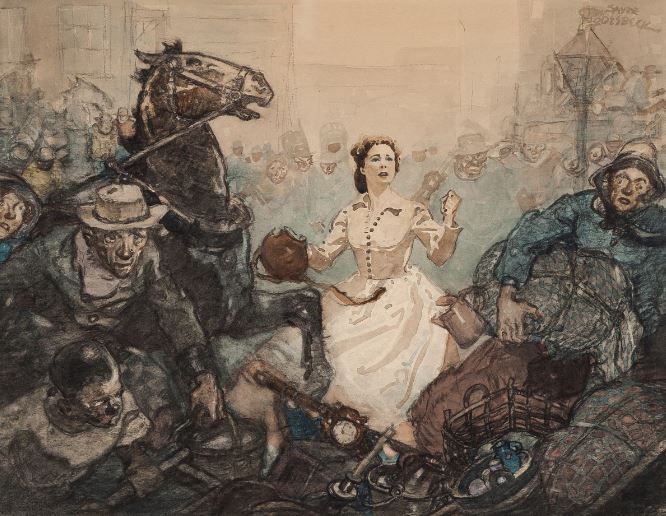 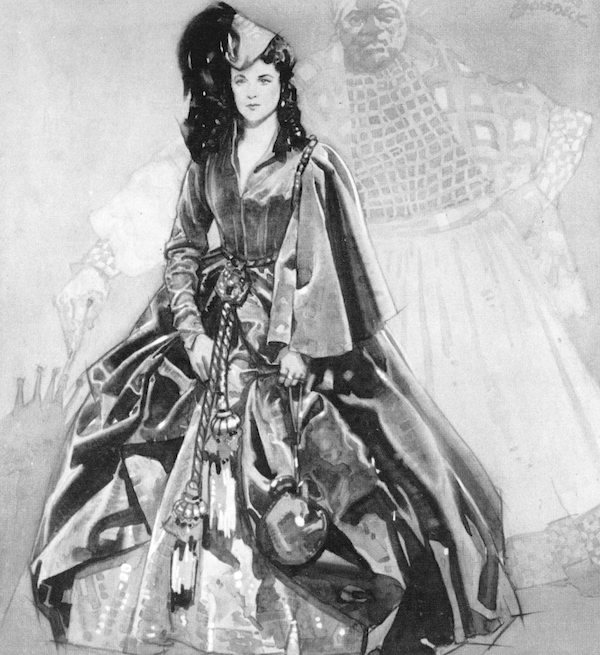 Scarlett O'Hara (Olivia de Havilland) dressed for the ball - Gone With the Wind
Perhaps the best work in the collection above. 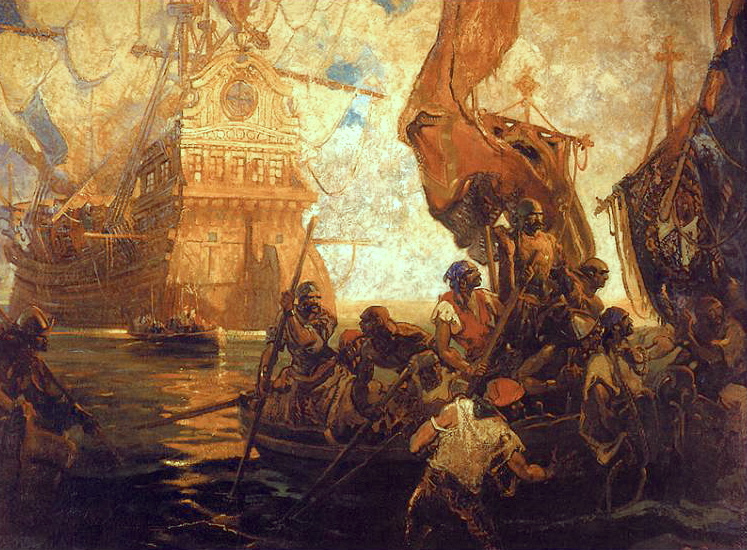 Landing of Cabrillo - 1924
This painting was cleaned a few years ago, but most Internet images are of the pre-cleaned version.  Here I used the tools on my iMac to simulate the cleaning. (The darker version can be seen on the link above to my earlier post.)
Posted by Donald Pittenger at 1:00 AM