Joseph Edward Southall (1861-1944) used tempera as his main medium, unlike most Fine Art painters who favored oil. Some background dealing with his art and politics is here.

Southall's compositions are generally fairly static and his subject matter traditional. Images are "flat" in both the Modernist and Mediaeval artistic senses. I am tempted to use the term "decorative."

That said, his works are pleasing, if not awe-inspiring. 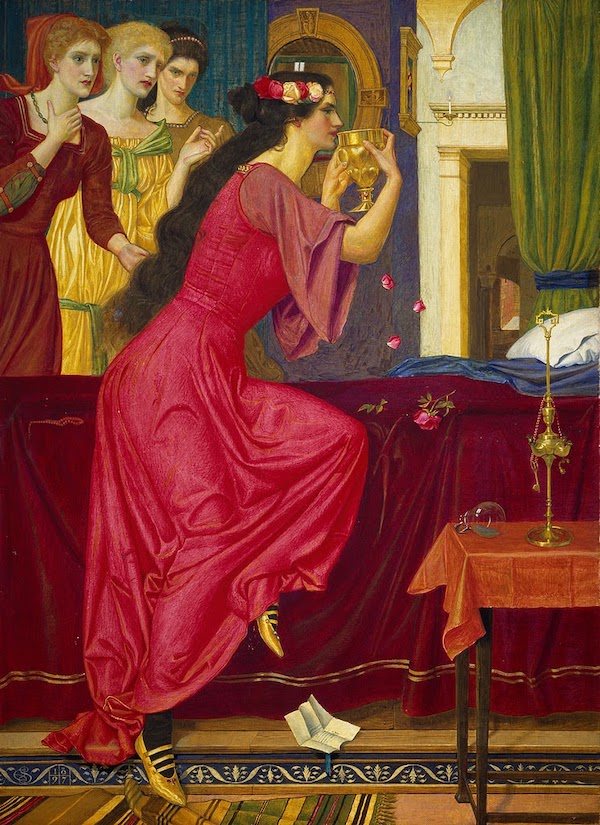 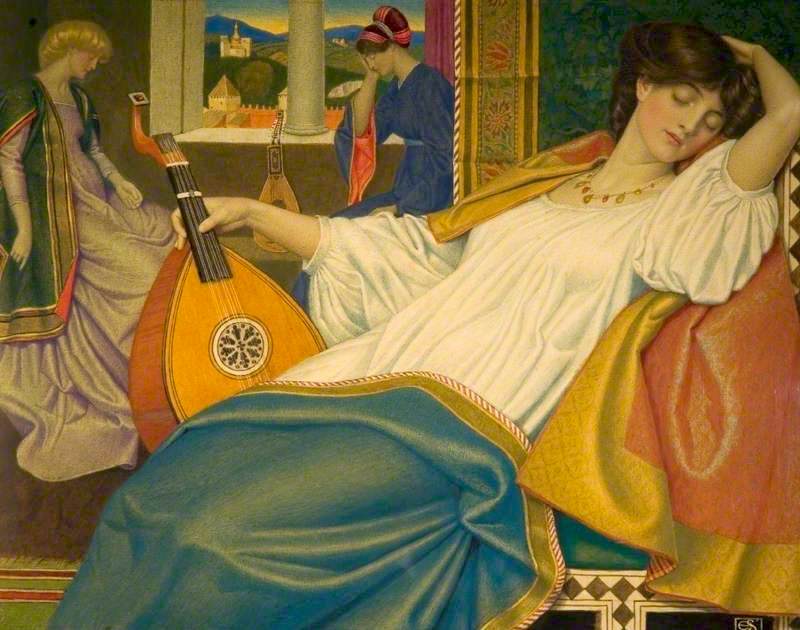 Anna Elizabeth Southall - 1911
That's a self-portrait of Southall himself at the left. 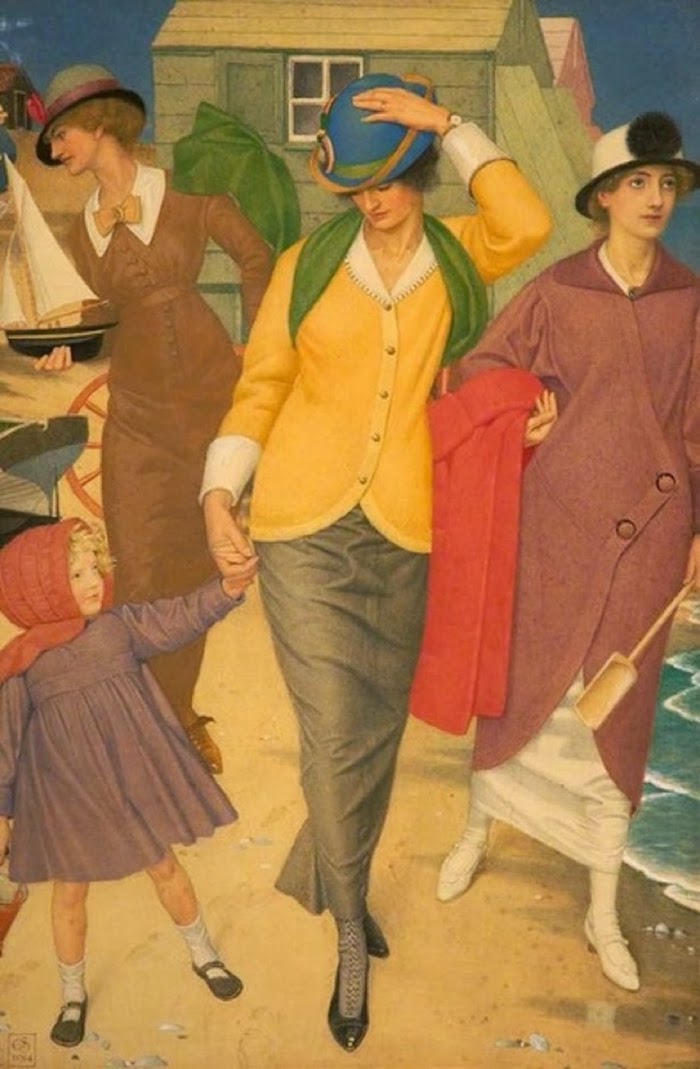 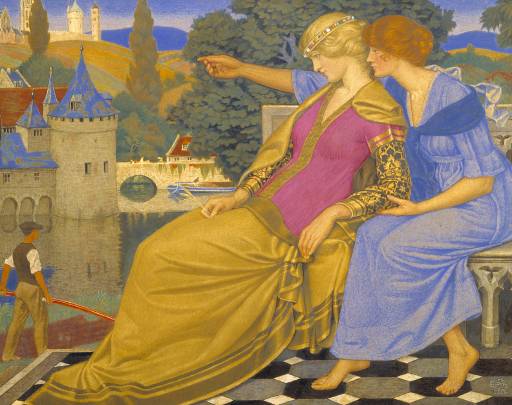 Belgium Supported by Hope - 1918
Related to the Great War that ended late that year. 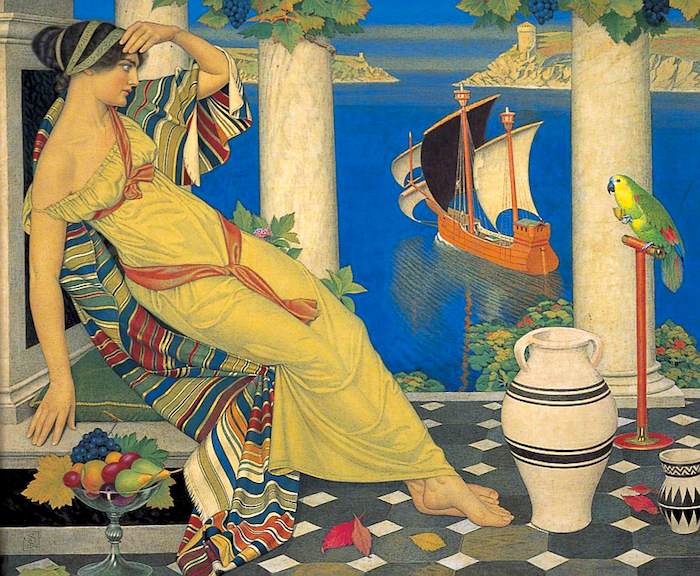 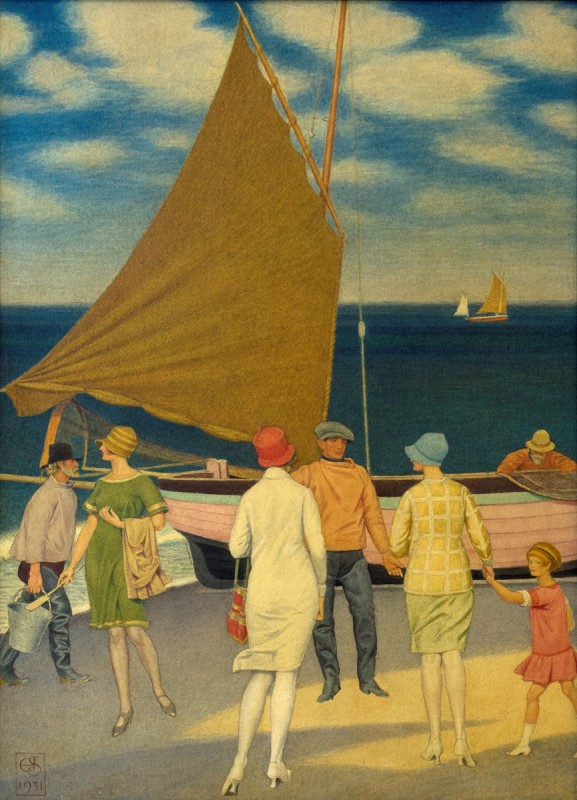 Fishermen and Visitors - 1931
Those visitors are quite fashionably dressed: an interesting painting. 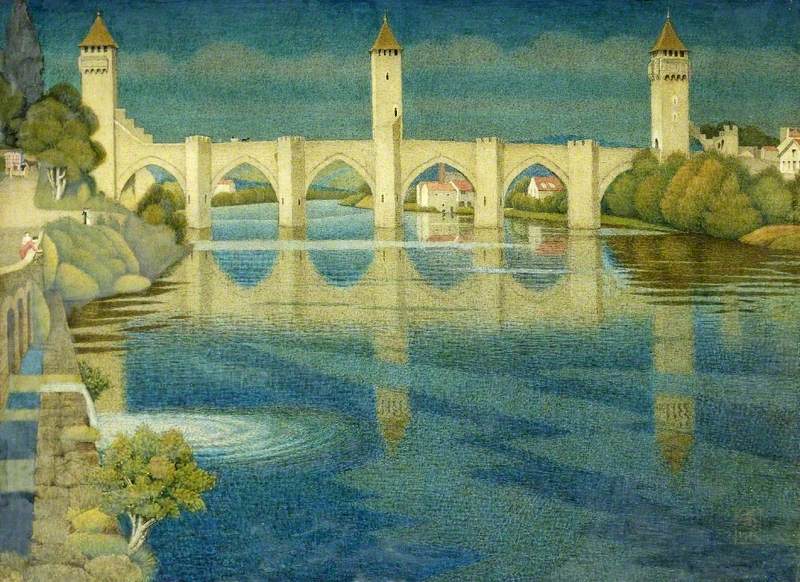 The Great Bridge at Cahors, France - 1940
The Internet-sourced date confuses me. I doubt Southall would have been in south-central France any time that year due to the war and the country's fall to the Germans in May-June (though Cahors was in Vichy France). Note the trees in leaf, a May-October thing. Therefore, if the date is correct, the painting was made in his studio or else the painting was made, say, in 1938 or 1939 when France could be visited casually.
Posted by Donald Pittenger at 1:00 AM