A New Book About Artists Art Fitzpatrick and Van Kaufman 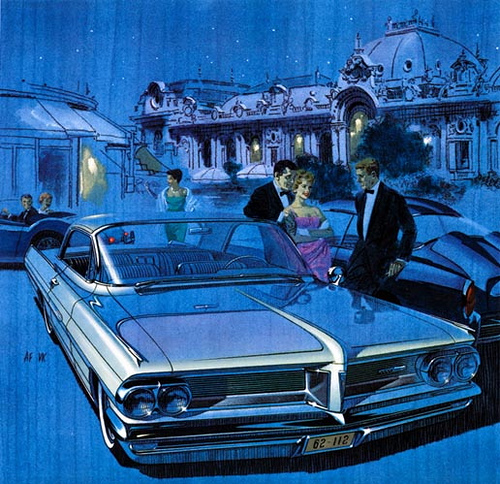 Early in his career Fitzpatrick worked as a car stylist at Briggs (which made bodies for carmakers) and Hudson as well as "Dutch" Darrin's California organization.  After World War 2 he shifted to automobile advertising art, delineating vehicles for advertisements and brochures.
Kaufman studied art in Los Angeles and worked for Walt Disney painting backgrounds and doing some animation work.  Following the war he went into freelance illustration and began working with Fitzpatrick in 1950.

A new book titled "Art Fitzpatrick & Van Kaufman: Masters of the Art of Automobile Advertising" arrived in my mailbox a few days ago.  Here is the cover: 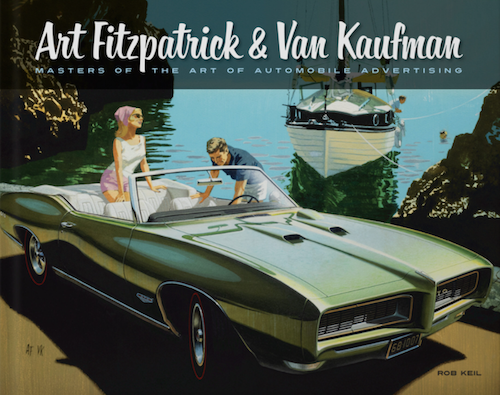 It is filled with illustrations of Pontiacs, Buicks, Mercurys and a few other brand cars.  It also has a good amount of text that describes the working methods of the artists.  I was fascinated, reading the book in one session.

Illustration Magazine issue No. 73 has some material on "Fitz" and "Van" by the book's author. And the book's website has some sample pages for your inspection.
Posted by Donald Pittenger at 1:00 AM