Stefan Prohaczka is highly regarded for his Dieselpunk digital art by fans of that genre.  Unfortunately, I could find no biographical information about him via Google other than he is (or was) based in Paris.

What I find interesting about his work is that it's often easy to spot his source material.  Not necessarily the exact image he used as part of the basis for an illustration.  Just the source subject itself.  Since Dieselpunk is a kind of alternative history, the use of thinly-disguised subjects can be justified.

Below are some examples, some of which I am personally familiar with ... for what little that might be worth.  Image titles are either from various websites or are my descriptive ones.  Click on images to enlarge. 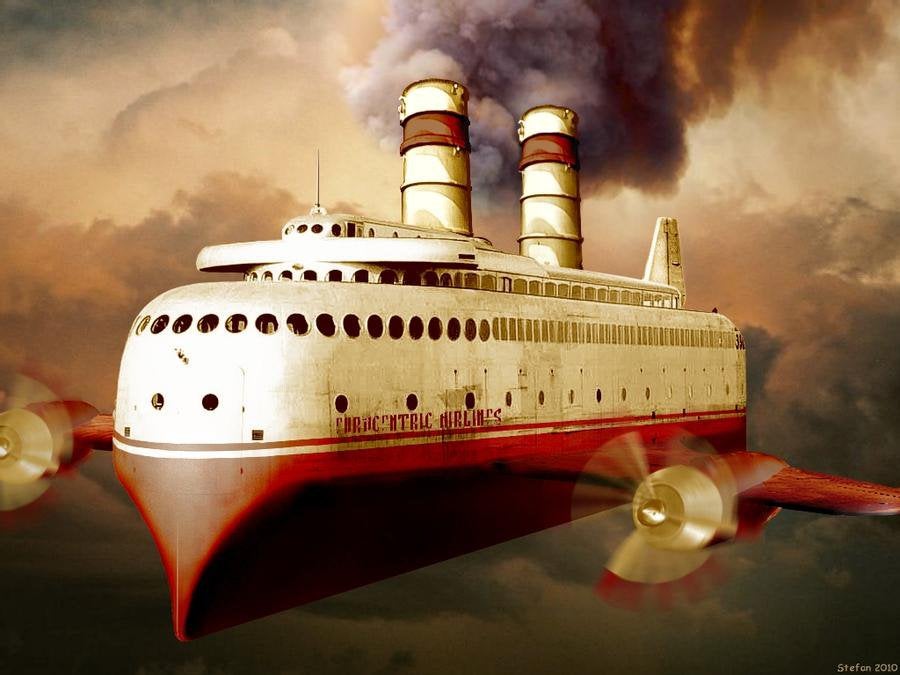 Eurocentric Airlines
A steam-powered transport aircraft that couldn't possibly fly.  But who cares? 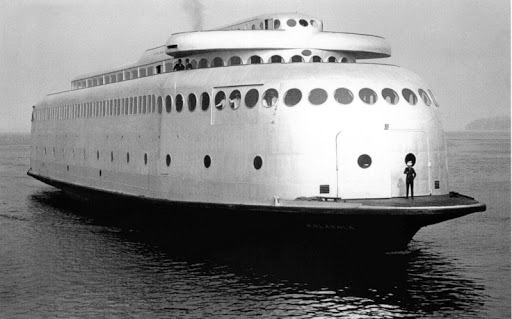 The Ferry Boat Kalakala
The Kalakala was operated in Puget Sound on the Seattle-Bremerton run by the Black Ball line.  I never rode it, but saw it many times when I was young. 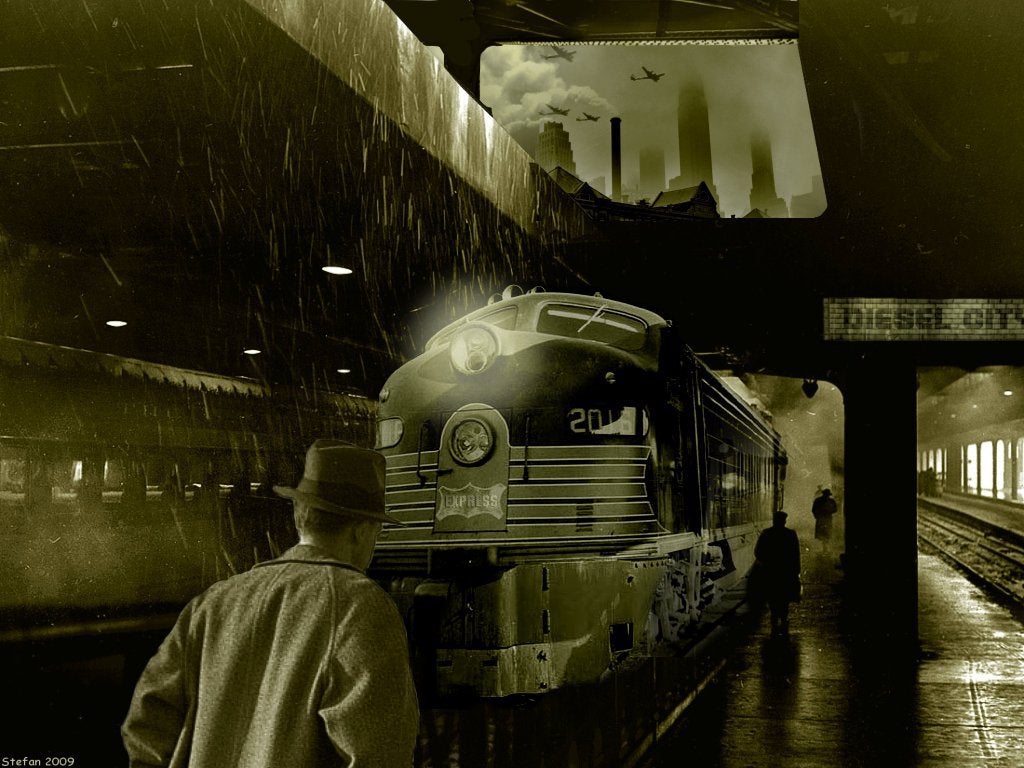 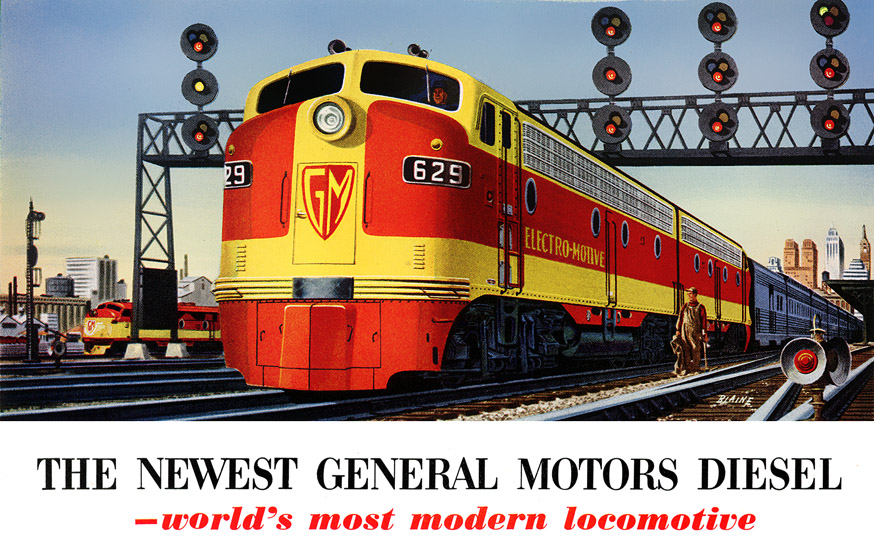 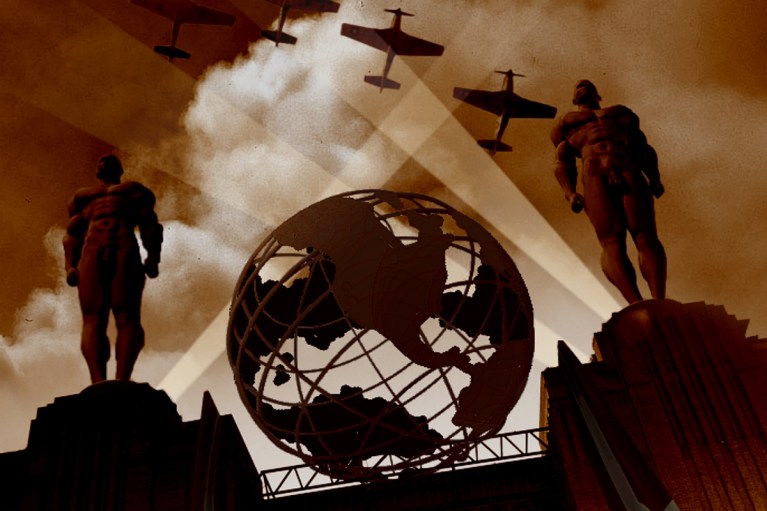 Dramatic scene
P-51 fighter planes, searchlights, what appear to be statues, and ... 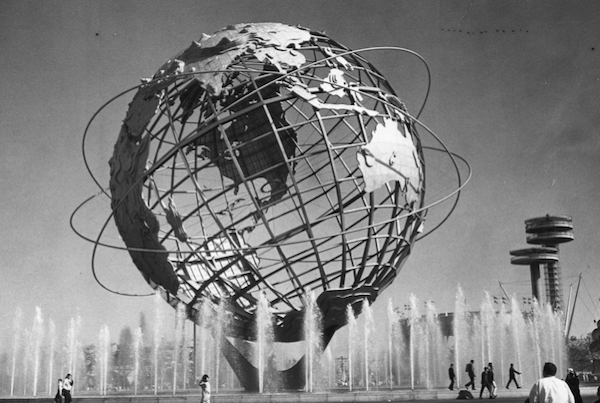 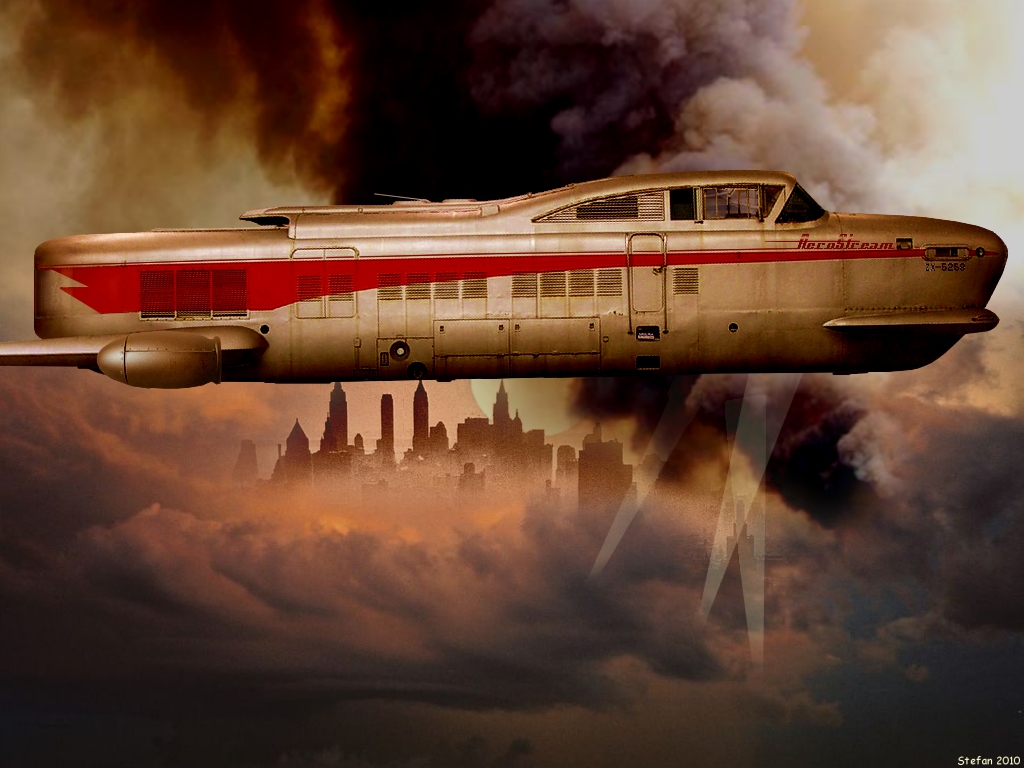 General Motors Aerotrain - Robby Gregg photo
Prohaczka's image is of the Aerotrain locomotive.  I rode the Aerotrain from Chicago to Detroit in 1956. 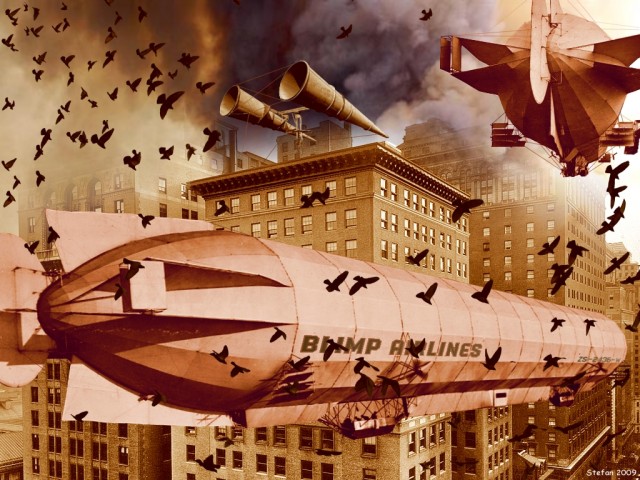 Blimp Airlines
That's a dirigible, not a soft blimp.

Early Zeppelin
But the source is clearly a circa-1910 Zeppelin such as this one. 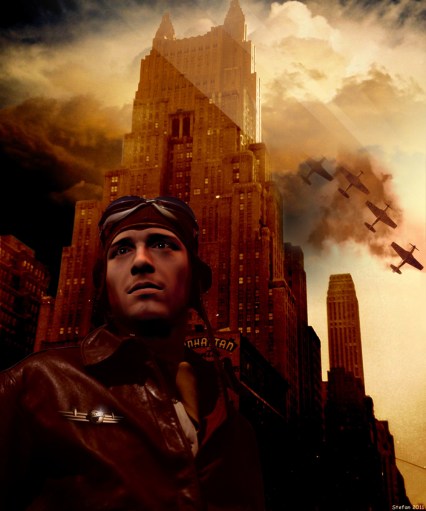 Pilot and Skyscapers
A wartime scene.  The large building in the background is ... 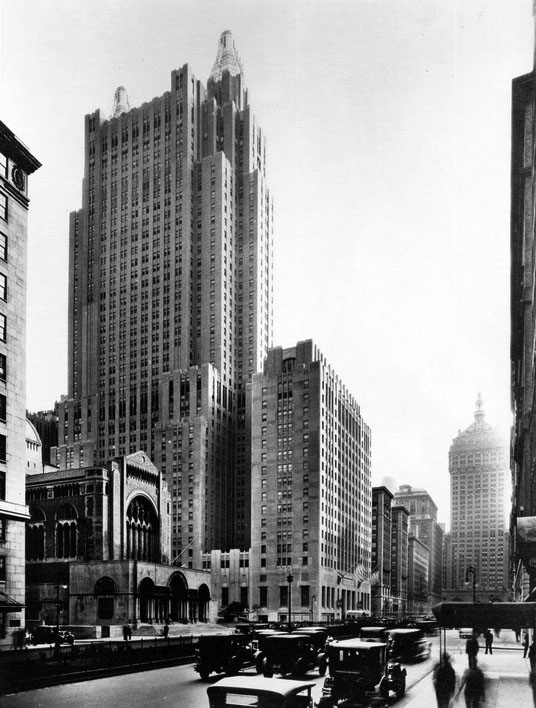 Waldorf-Astoria Hotel in 1935
I've stayed there a few times. 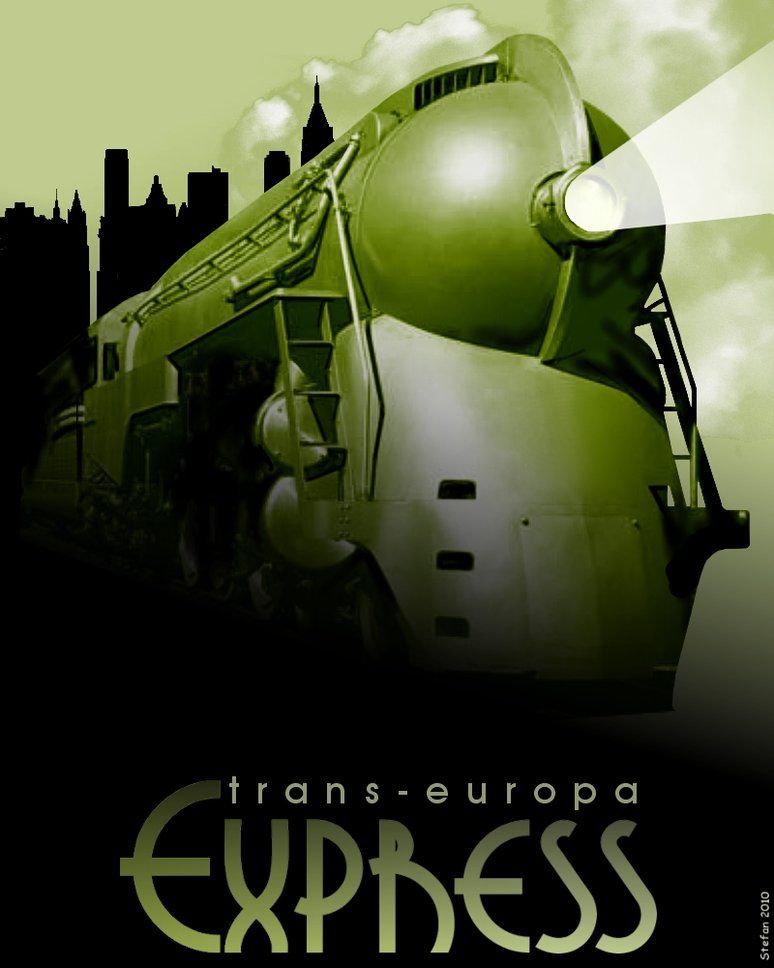 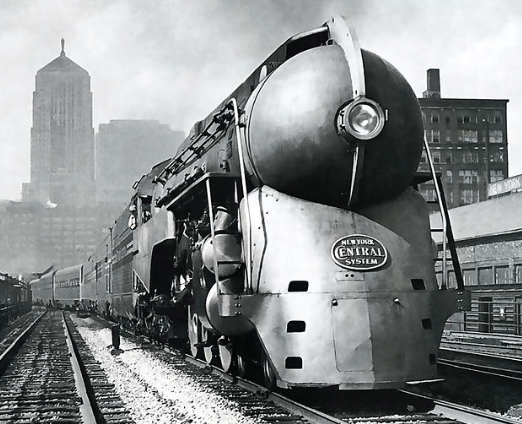