Fantasy Art at the Norman Rockwell

If you are interested in American illuatration and find yourself in the vicinity of western Massachusetts, a must-see site is the Norman Rockwell Museum in Stockbridge.  While it displays many of Rockwell's works, it also has exhibits dealing with other illustrators.  Until 31 October of this year there's an exhibit featuring fantasy illustration.

For some reason illustrations of dragons and other mythical creatures don't interest me very much, so I skipped through the exhibit quickly, focusing my iPhone on works by illustrators who do interest me.  Those works had minimal monster content.

Below are some of my photos.  Featured are details of the original artwork for readers interested in technique.  They are presented in chronological order.  Click on images to enlarge. 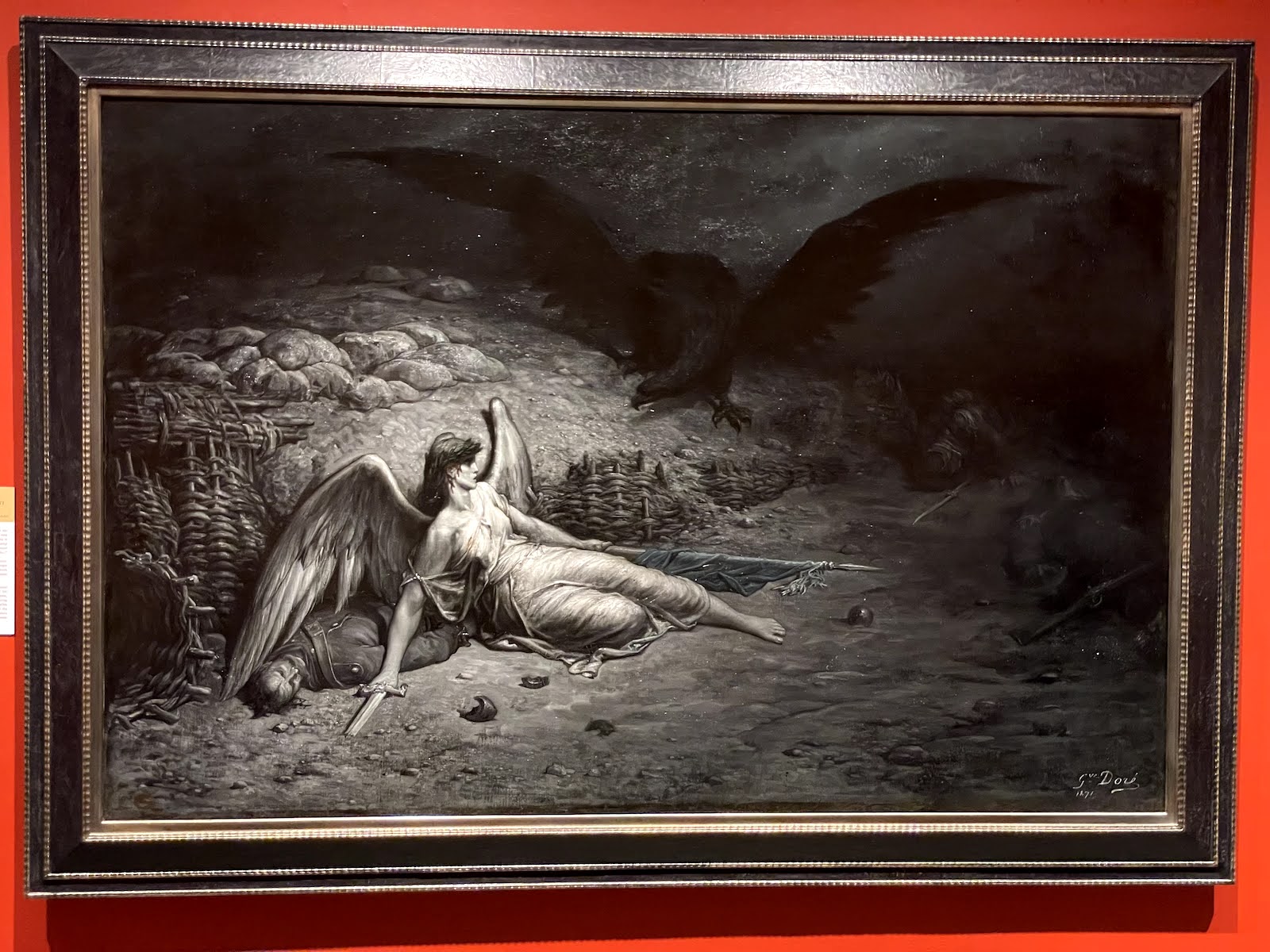 "The Black Eagle of Prussia" by Gustave Doré - 1871
I think of Doré in terms of etchings.  Of course he could paint, and in color.  This is a black and white painting dealing with the 1870-71 Franco-Prussian War that ended badly for the French. 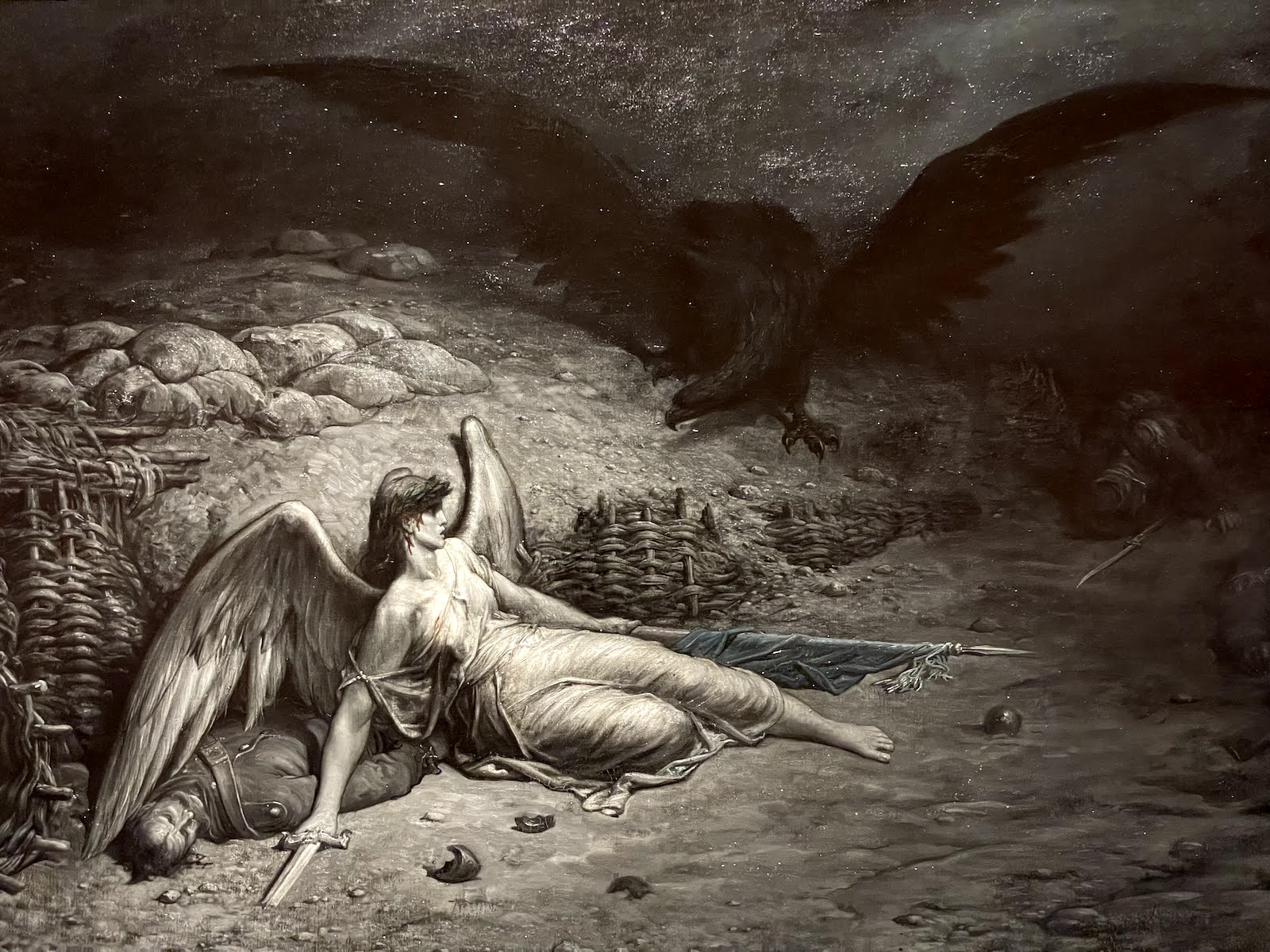 Detail showing an angel fending off the evil eagle of Prussia. 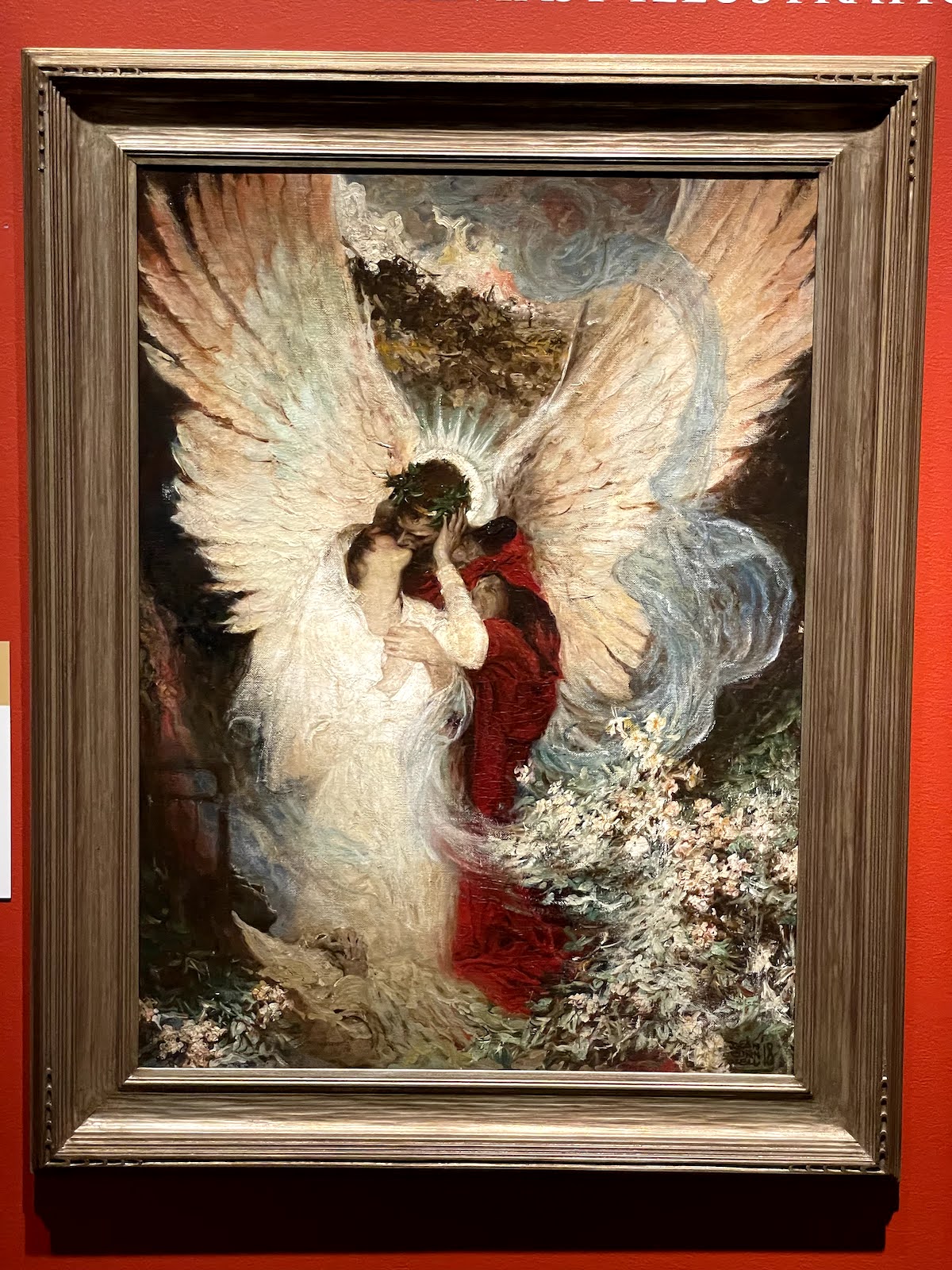 "The Other Side" by Dean Cornwell - 1918
Cornwell usually dealt in conventional subjects, so this fairly early work is interesting in that he didn't need to research setting details. 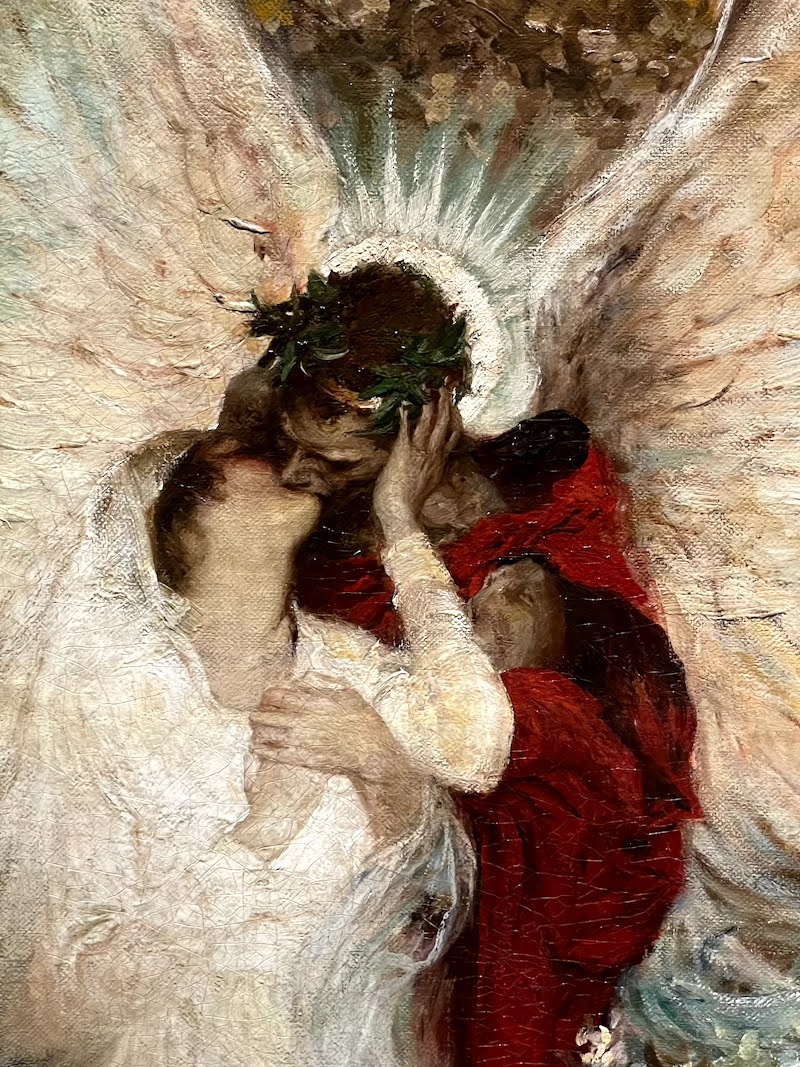 Cornwell made use of oil paint and impasto during the first 15 or 20 years of his career. 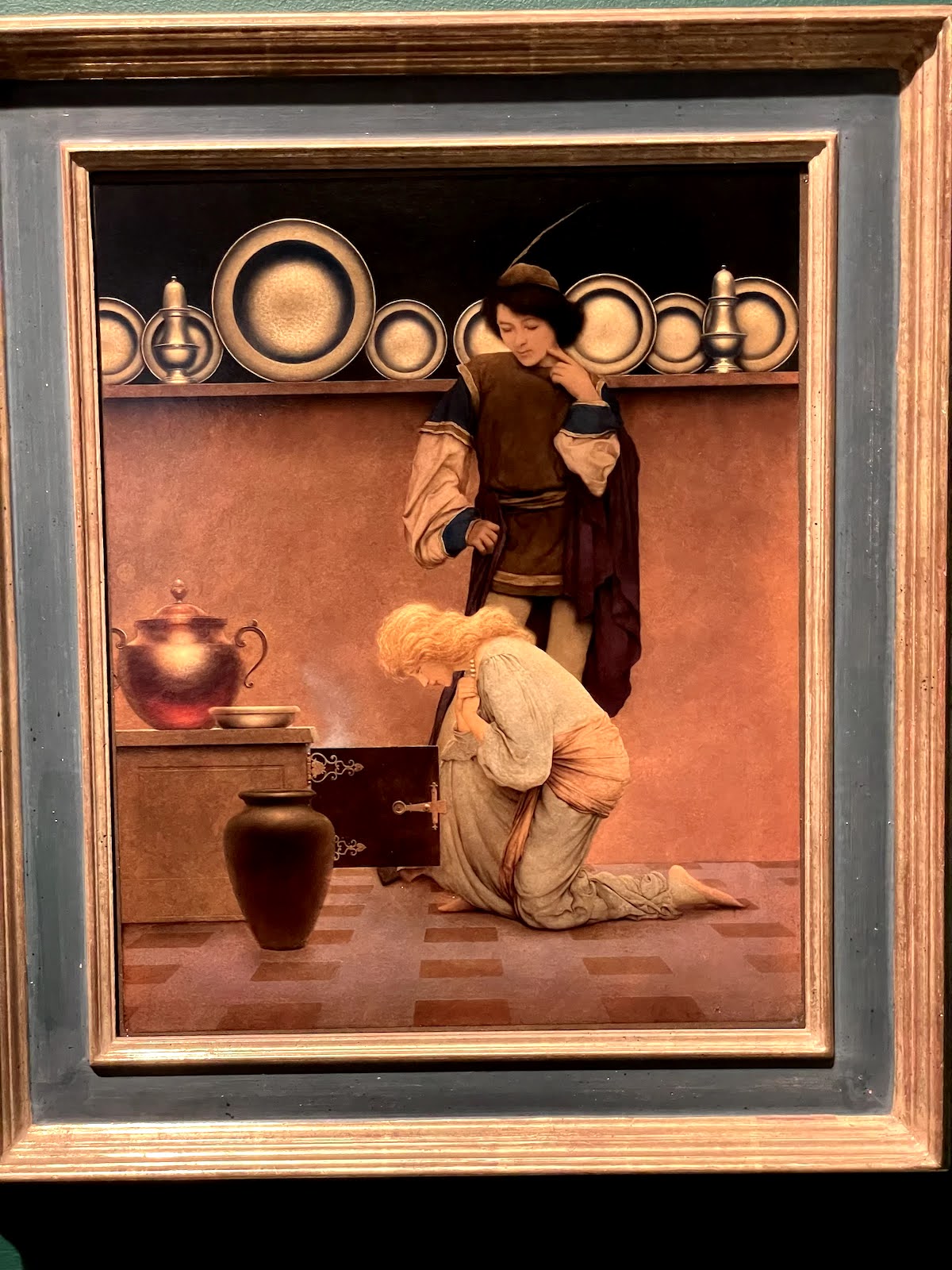 "Lady Violetta and the Knave" by Maxfield Parrish - 1924
Parrish's style is the antithesis of Cornwell's. 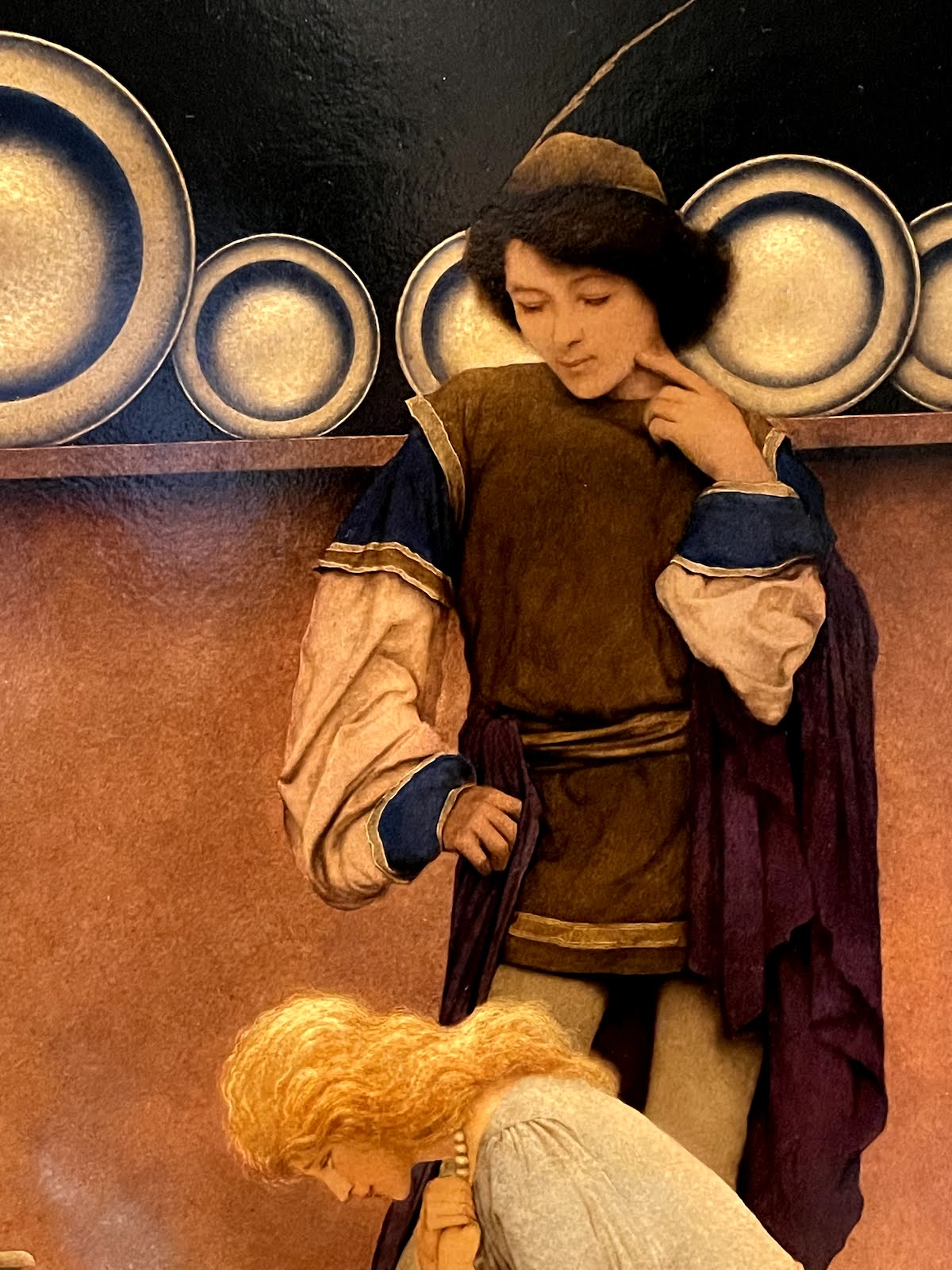 He made considerable use of glazing in his Fine Art works, though perhaps not so much here. 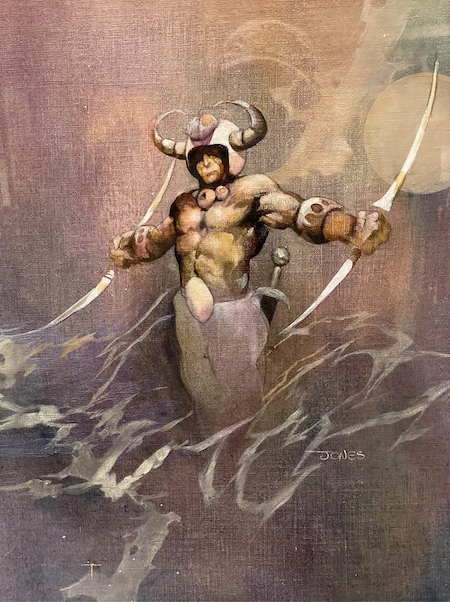 "The Planet Wizard" book cover by Jeffrey Jones - 1969
This is slightly cropped.  A fairly early Jones that has hints of Frank Frazetta's style. 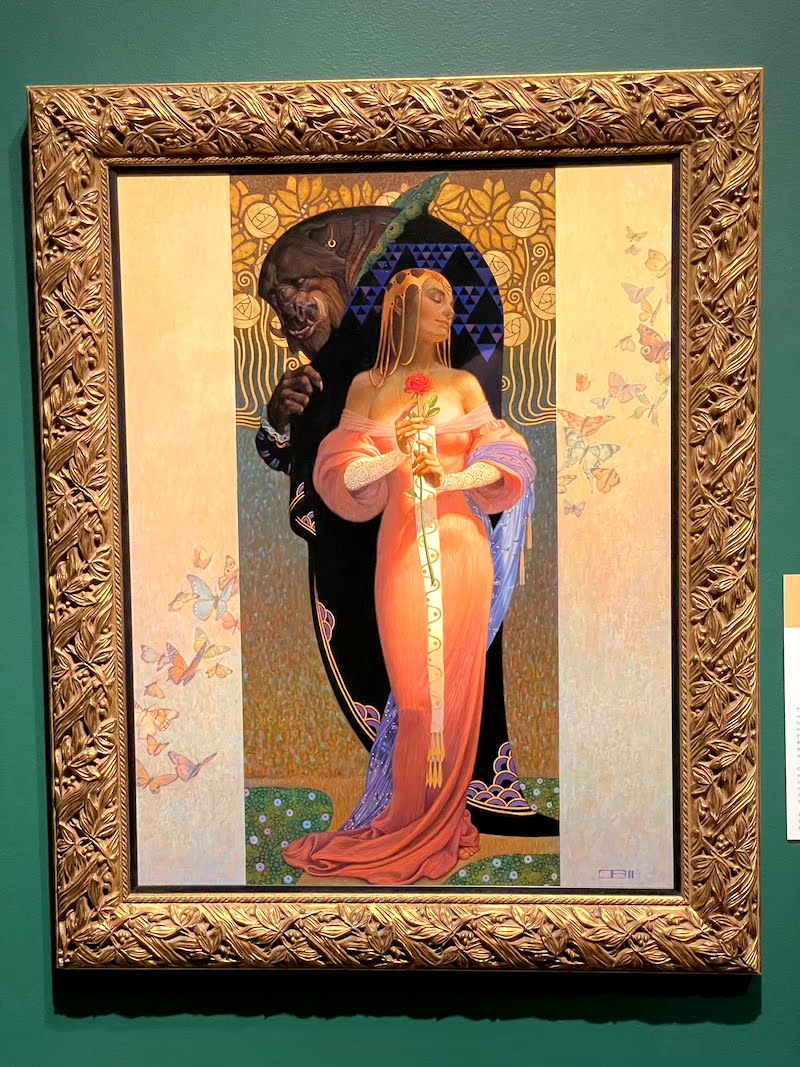 "Beauty and the Beast" by Thomas Blackshear - 1994
Blackshear, aside from postage stamp designs, seems to do more Fine Art work than illustration. 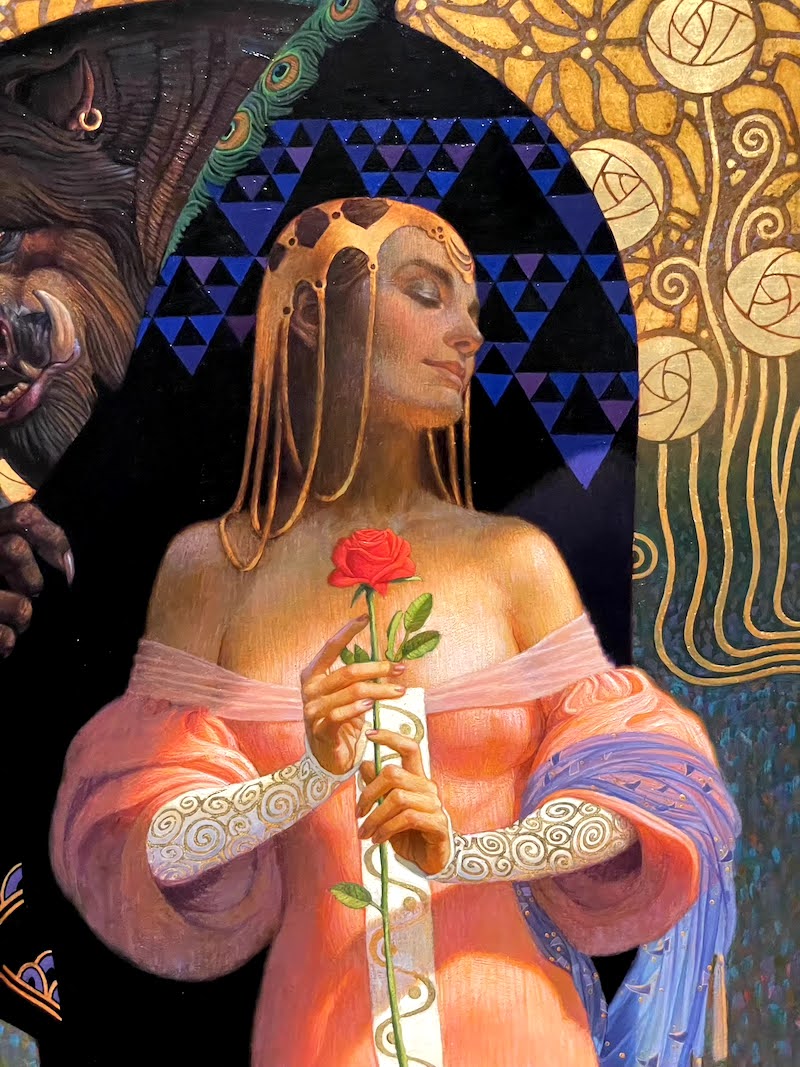 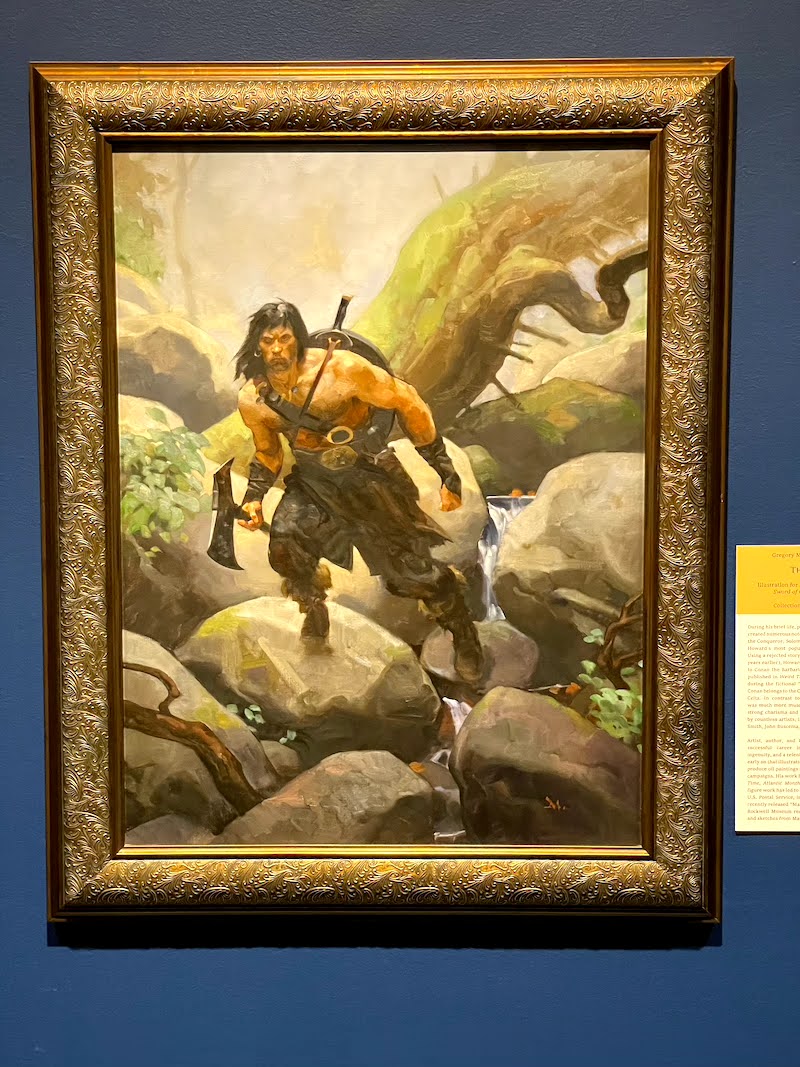 "The Creek" in "The Conquering Sword of Conan" by Gregory Manchess - 2005
Manchess' style is strong and painterly. 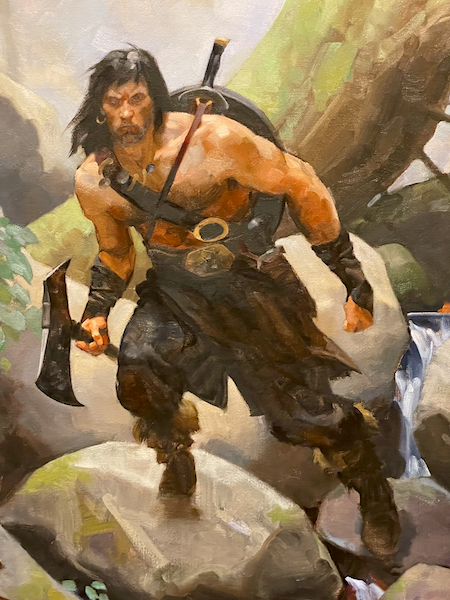 His brushwork in this small illustration is worth study.
Posted by Donald Pittenger at 1:00 AM