According to this Wikipedia entry, the Biblical book of Judith is not accepted by all Judeo-Christian faiths: her story might have been an invention.

Regardless, it's a great story that's had much appeal to artists for many centuries.  Beauty, sex and blood (the Jewish widow Judith slicing off the head of Holofernes, an Assyrian general) is almost irresistible subject matter that happens to be validated in the Roman Catholic Bible.

Many painting were made of that event, and a sampling is presented below in chronological order. 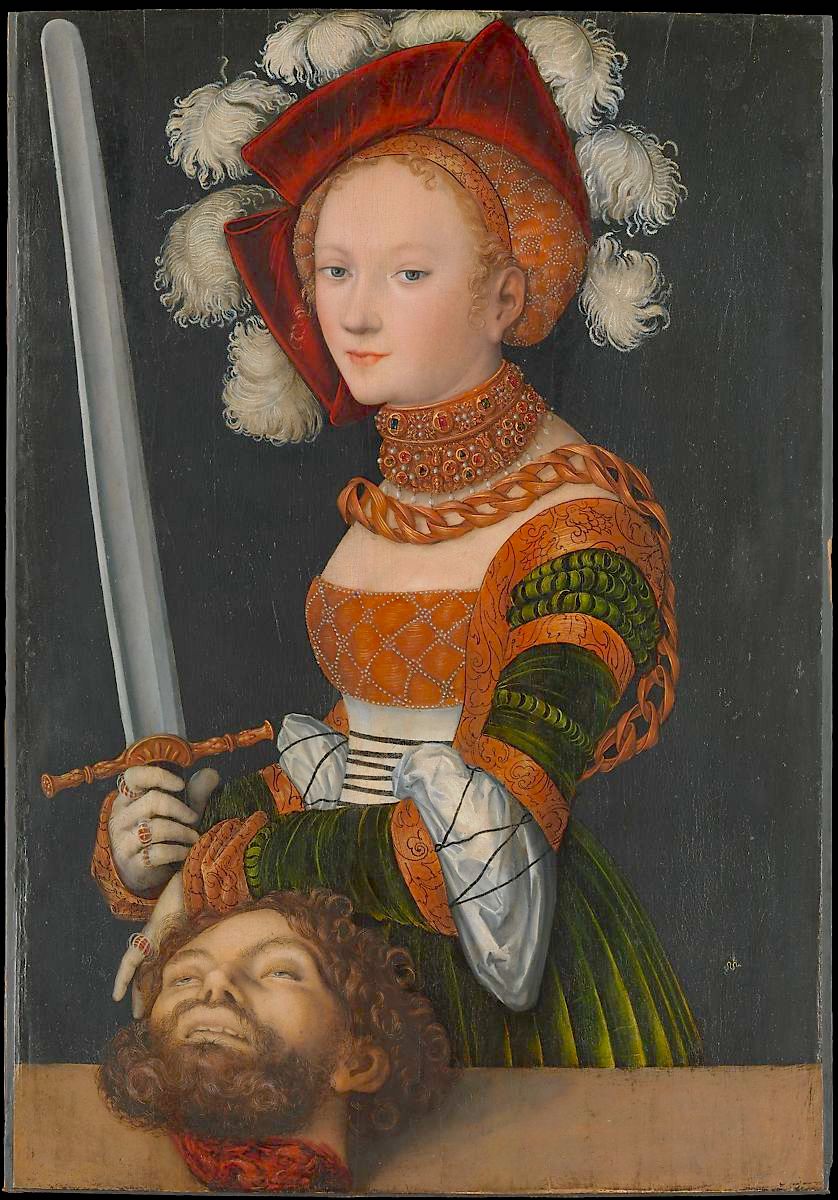 By Lucas Cranach the Elder - c.1530
Holofernes is rather gruesome, but Judith is well-dressed and without a trace of spattered blood. 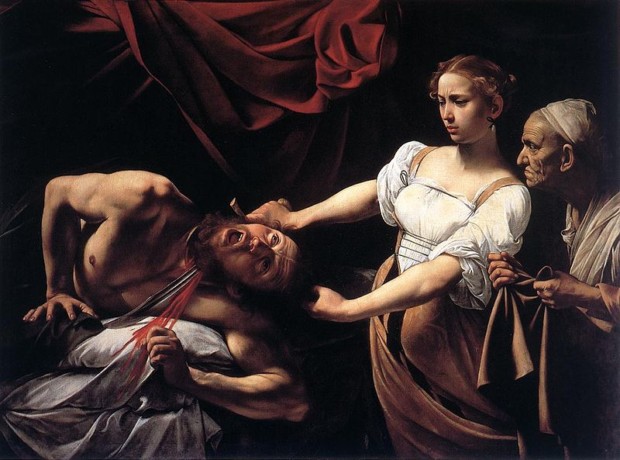 By Caravaggio - "Judith Beheading Holofernes" - 1598–1599
I regard this as the most satisfying depiction from a psychological standpoint: note her expression as well as his. 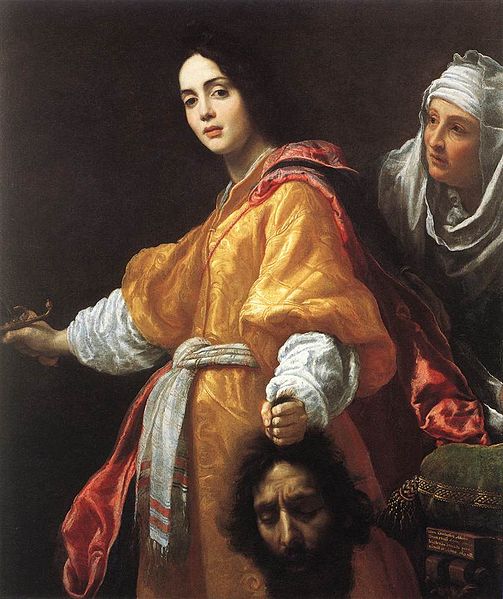 By Cristofano Allori - "Judith with the Head of Holofernes" - 1613
As mostly usual, no sign of spilled blood. 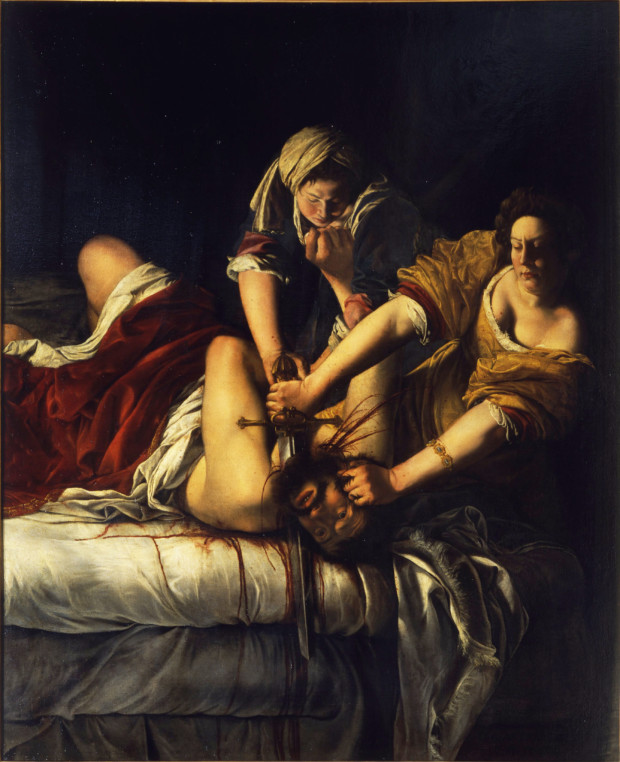 By Gentileschi Artemisia - "Judith Slaying Holofernes" - 1614–18
This is bloody and perhaps inspired by Caravaggio's painting.  It's also likely the most realistic depiction of an actual event of that kind. 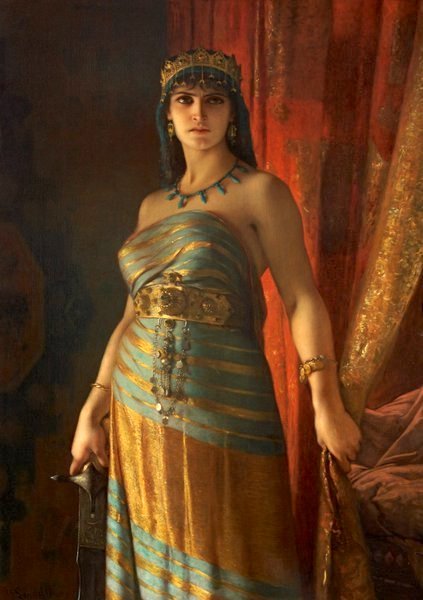 By Gustav Klimt - 1901
Painted during Klimt's gold-leaf decorative phase, and almost as famous as Caravaggio's work. 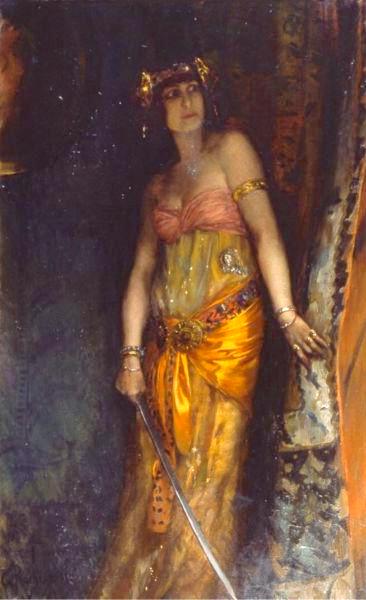 By Georges-Antoine Rochegrosse - 1905
This shows Judith on her way to dispose of Holofernes.

By Gustav Klimt - 1909
Another fascinating Klimt painting.  I made this photo in Venice, where it reposes in the Ca' Pesaro museum.
Posted by Donald Pittenger at 1:00 AM