In the Beginning: Kasimir Malevich


Kasimir Malevich or maybe Kazimierz Malewicz, given that his parents were ethnic Poles living in the Ukraine when he was born in 1878 (well, it now seems he was born in 1879, according to this Wikipedia entry which offers a Ukrainian version of his name along with the others), founded the modernist abstract movement of Suprematism. Oh, and we're still pretty sure he died in 1935.

Examples of his Suprematist painting can be found here, but I offer the following to give you a sense of it: 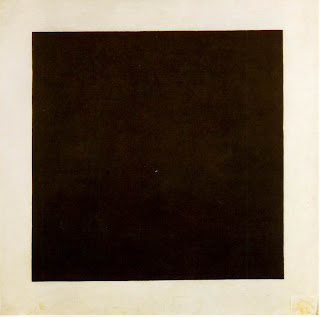 Black Square - 1923, concept from 1913
The black square was the symbol of the Suprematist movement. 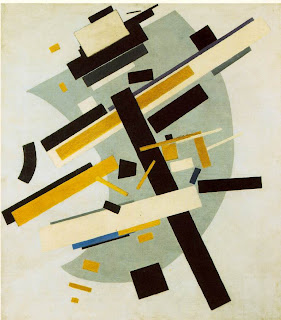 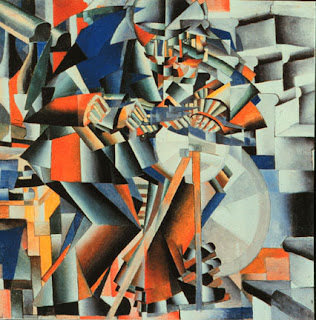 The Knife Grinder - 1912
Not Suprematist, but showing his awareness of Cubism and perhaps the work of Duchamp.

As the Wikipedia entry indicates, Malevich had little exposure to art when young, beginning drawing training in his mid-teens and not getting formal schooling in painting until he was in his mid-20s living in Moscow. That city had important collectors of impressionist and modernist art, so this quickly rubbed off on Malevich who felt comfortable enough with the new ideology to begin his Suprematist variation.

Along with many modernists he supported the Communist takeover and was able to assume leadership roles in the Soviet art world. For a while. Eventually he found himself on the margins and finally had to face the Stalinist imposition of Socialist Realism, moving a number of his paintings to the relative safety of Germany in anticipation of the change of wind.

Below are examples of his work showing varying degrees of realism. 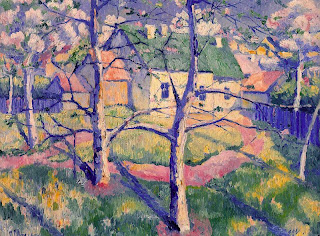 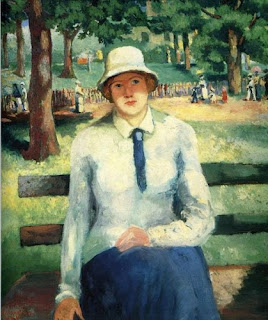 Unemployed Girl - 1904
These two painting date from the year he entered painting school. 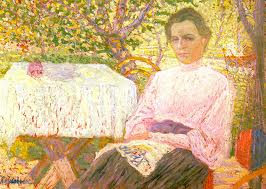 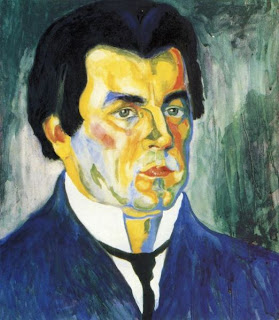 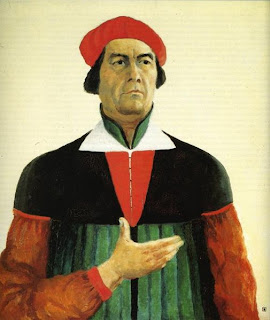 Based on what is shown above, Malevich strikes me as having the ability to have been a very good representational painter had he followed that path instead of abstraction. But given his background and times, his career makes sense. After all, Golden Age Modernism (perhaps 1900-1960) was an experiment that needed to be undertaken eventually. And as I mention from time to time, my gripe with it is that it became a religion and an Establishment, both hostile to non-modernism (despite lip-service to the contrary).

Posted by Donald Pittenger at 3:28 AM

Knife grinder is great! This is the kind of modernism I really love... when they were trying to express something and searching diligently for the means to do so.

I tend to think of many early abstractionists as "clearly meant to be graphic designers". It seems evident that most (except for Alfred Maurer and Frantisek Kupka) simply couldn't free their art and draw well at the same time. And I've met any number of designers who still have this problem. (Many realists too, who would probably do better as designers.)