Some people have lots of portraits painted of themselves. Occasionaly, these portraits might be done mostly by one artist. For instance, Velázquez painted a number of portraits of Spain's king and family thanks to his court duties.

Then there's the usual case, where many artists paint the same sitter. To me, that's also interesting because it offers insight regarding artists as well as subjects.

I already posted about multiple views of Ottoline Morrell and Empress Josephine. Now I'd like to carry this into an occasional series that I'm calling Molti Ritratti -- that's my amateur Italian for "Many Portraits."

First off is Suzy Solidor (1900-83) a Lesbian chanteuse who ran a Paris night club and publicized it by asking many artists to do her portrait. Suzy was popular in her day, appearing in movies and cutting records. However, she did get into some post-war trouble because her club was frequented by German officers during the Occupation.

Below are some photos of Solidor to set the scene. My take is that she had a plain face and a fantastically good shape. To appreciate the latter, I suggest you Google on something like "suzy solidor man ray" to bring up images by Man Ray, the famous photographer of both Surrealism and high fashion. (Warning: some of those photos are not safe for work, which is why I won't display them here. I do post images of paintings showing nudity because those are more justifiable as "art.") 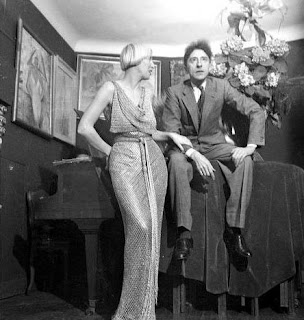 Here is Suzy with aesthete Jean Cocteau in 1938. Cocteau also wasn't bothered by dealing with Germans during the Occupation. 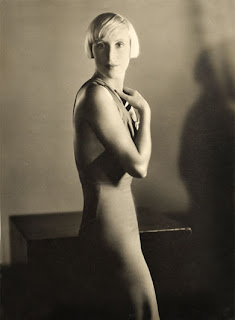 This is a studio portrait of Solidor.

Now for non-photographic images of Suzy. Although she was painted by artists as diverse as Foujita, Dufy and Vlaminck, I couldn't find as many good images on the Web as I had hoped. Nevertheless, the ones below should indicate the variety of ways Solidor was depicted. 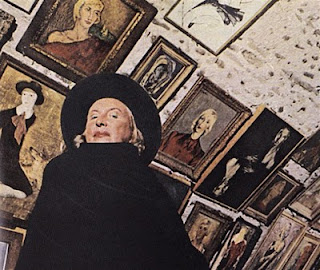 Solidor is shown in her cabaret with some of those portraits. This was probably taken in the 1960s or later. The painting to the left of her face is by Foujita. 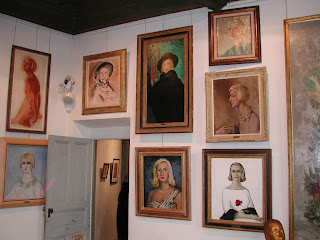 Solidor lived the later part of her life in Cagnes-sur-Mer and left some of the paintings to the city. Shown is part of a display of them. The painting on the left with a blue background is by Picabia; another Picabia painting is below. Click on the image above to enlarge. 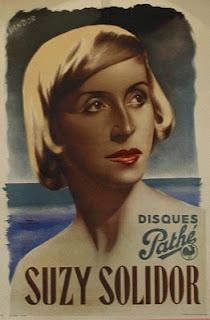 Not a formal portrait, but this poster for Pathé records seems worth including. 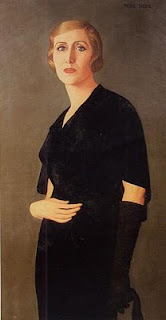 Not all those who Painted Suzy were famous. This is by someone called Pierre Sigel. 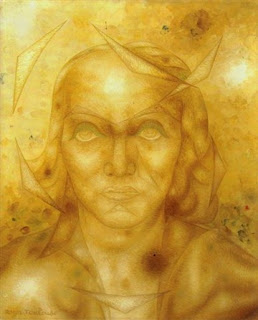 Slightly less obscure is Roger Toulouse, who painted this when Solidor was past 60.

This 1946 portrait is by Suzanne van Damme, a Belgian contemporary of Solidor who also painted Surrealistic works. 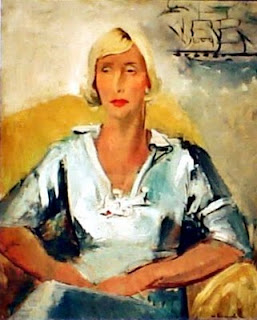 Better known yet (but still far from famous) was Austrian Willy Eisenschitz who portrayed Solidor in 1938. 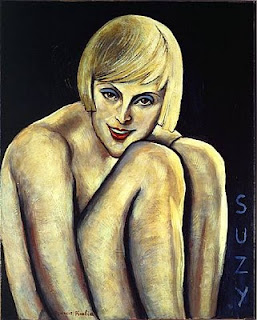 This Francis Picabia portrait of Suzy is from 1933. 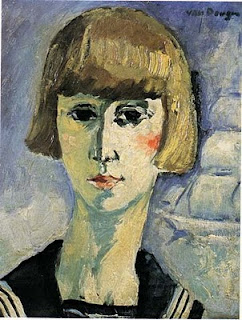 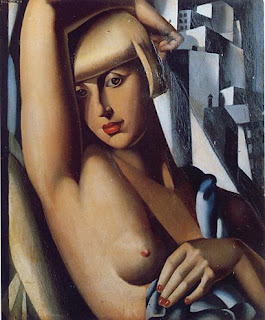 Probably the most famous portrait of Solidor is this 1933 painting by Art Deco artist Tamara de Lempicka.

Posted by Donald Pittenger at 2:57 AM