In the Beginning: Alfred Henry Maurer


Alfred Henry Maurer (1868-1932) was an early American convert to European avant-garde modernism as practiced in the first decade of the 20th century, publicly proclaiming his conversion to The Cause around 1908. His Wikipedia entry is an odd, personalized piece that somehow escaped the "needs improvement" filter, so I suggest you try this link for a biographical sketch. His death was by suicide.

Nowadays Maurer seems to be an art history footnote, though he was known to the cognoscenti during his lifetime. Lewis Mumford, who I wrote about here, mentioned Maurer several times during his years as art critic for the New Yorker magazine; his columns have been collected in this book, which (pages 137-38) is my source for the quotations below.

"History knows him as the first American to return to this country animated by the new vision that was plaguing the Wild Men of Paris. (Before that time he had been in the line of Whistler and Dewing.) In 1908 Mr. Alfred Stieglitz showed Maurer's new work at '291' [Stieglitz's gallery] and at that moment American art began to move at right angles to its previous course."

"People knew that Maurer had talent. His flower pieces where charming, often brilliant; his elongated female heads, though a bit perturbing when repeated too often, were good. But though the notes were clear and the pitch true, the melody itself seemed limited. Had Maurer nothing else to say?"

"Of all the painters who developed abstract art during the last 20 years [this was written 1934-35], struggling for new symbols to express new states of mind and feeling, Maurer was one of a handful of genuine moderns who really felt these abstractions as experiences. His Cubist paintings are exciting and effective canvases; and if they were seen in the early days, one wonders that they did not attract greater attention. Nor was his success with these abstractions a matter of a momentary fresh vision that died out with repetition. The man kept on growing as a painter to the very end of his life..."

"Though it is too early to place Maurer -- if only because acquaintance with his work as a whole comes so tardily [Mumford was viewing a memorial exhibiiton] -- one can hardly doubt that he will count among the leaders of his generation rather than among the camp followers."

That said, let's take a look at examples of Maurer's work. 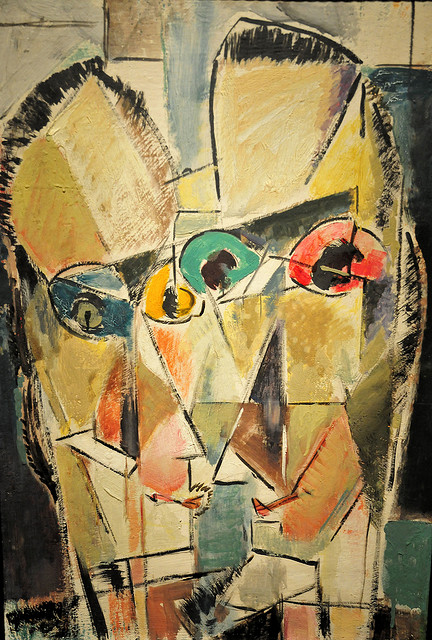 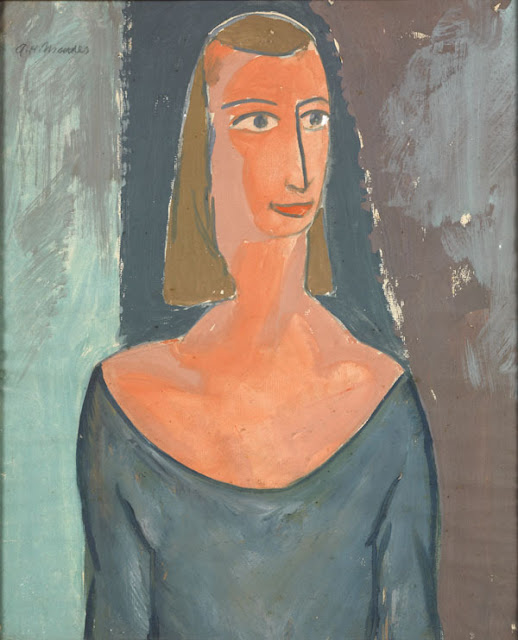 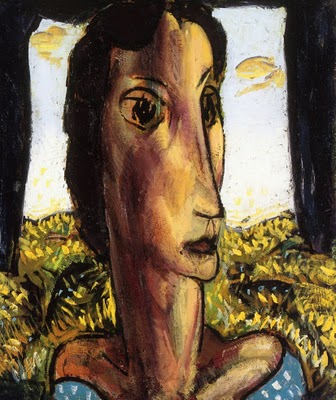 Head of a Girl - 1929
The images above are examples of Maurer's modernist treatment of the human form. he also did Cubist-inspired still lifes.

Below are examples of his pre-modernist painting. Apparently 1901 was an especially productive year for him. 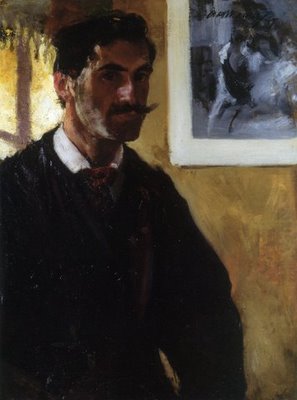 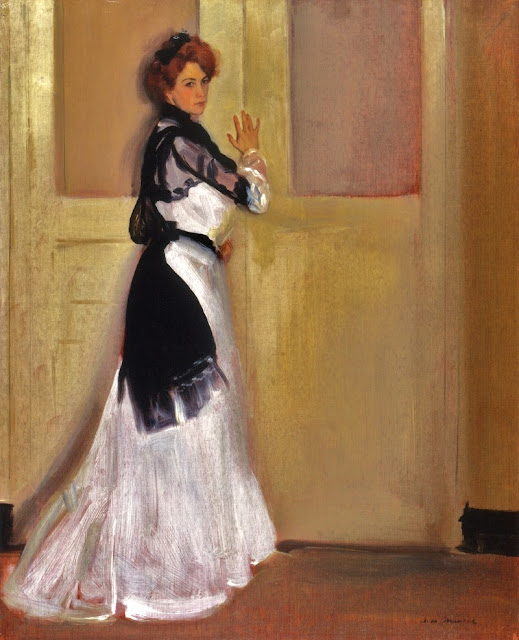 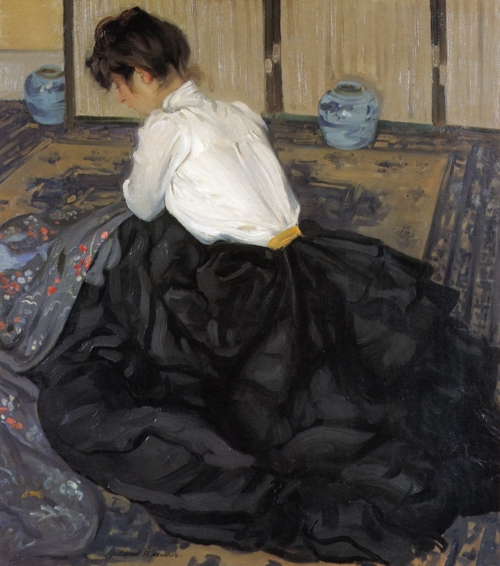 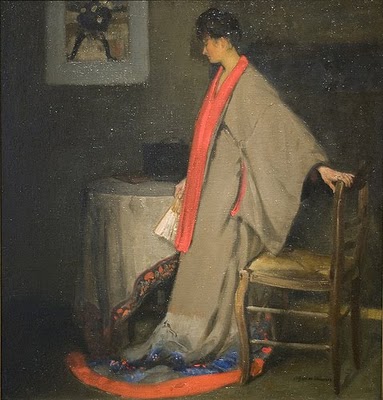 I think Mumford was correct when he stated that Maurer had talent and that he caught the spirit of early 20th century modernism well. Moreover, it is important not to forget the times in which Maurer lived. As can be seen, he was a very competent traditional painter by the time he was in his thirties. And in his late thirties he abandoned all that, taking a professional gamble that the Fauves (and soon the Cubists) would transform art and not become flashes in the art history pan. This took a lot of courage.

That said, I find Maurer's modernist works to be quite ugly. It astonishes me how he was able to transition from producing attractive images to those that were the exact opposite while maintaining the conviction that he was doing the correct thing. Or perhaps not; he did kill himself, after all.

Posted by Donald Pittenger at 3:36 AM

I had already decided, on the evidence of the paintings, that the poor chap had gone mad - before I saw your remark about his suicide.

Curious, I took a look at the Wikipedia entry. At least half of it consists of a verbatim quote from an autobiography but isn't easily identifiable as such.

What a sad waste of talent. I did a google image search and what came up, just as the ones you post here, was so lame they seem to be mocking modern art.