Mihaly Munkacsy, Yet Another Expat Hungarian The small image above (it's the largest I could find with proper coloring) is of a painting called The Prisoner (1869-73) that I regularly encounter in Seattle's Frye Art Museum. It's by Mihaily Munkácsy (1844-1900; born Michael Lieb). His Wikipedia entry is here and describes how a version of the prison scene (it has several alternative titles) launched his career. Like Philip de Laszlo the portrait painter and Zsa Zsa Gabor the actress and personality, Munkácsy had to leave his homeland to solidify his career. In his case, it was Paris where he married well but died from the effects of syphilis complicated by depression and mental illness.

A selection of his paintings is below. Munkácsy usually painted in a strong, painterly manner that was not academic, yet wasn't really influenced by Impressionism or other modernist movements of his times. Also note the staging of some of the paintings. I use the word "staging" deliberately because the characters portrayed are arranged as they might be for a theater drama -- linearly and facing the audience to some degree or in profile; few backs are seen. 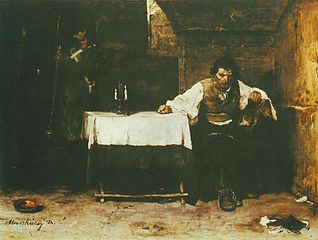 The Convict - 1869-73
This is from the National Gallery of Hungary, a sketchier version of the painting at the Frye. 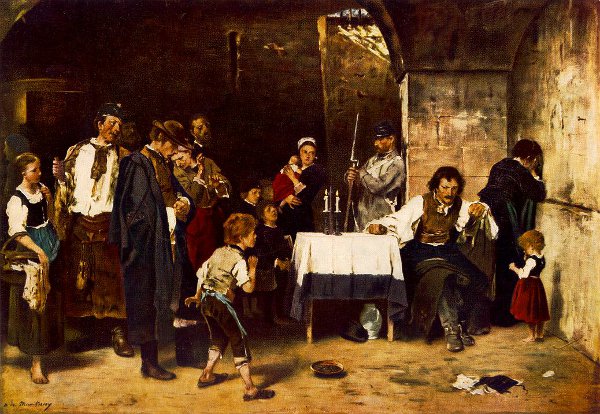 The Condemned Cell II - 1880
A later, greatly elaborated version of the prison scene shown in the images above. 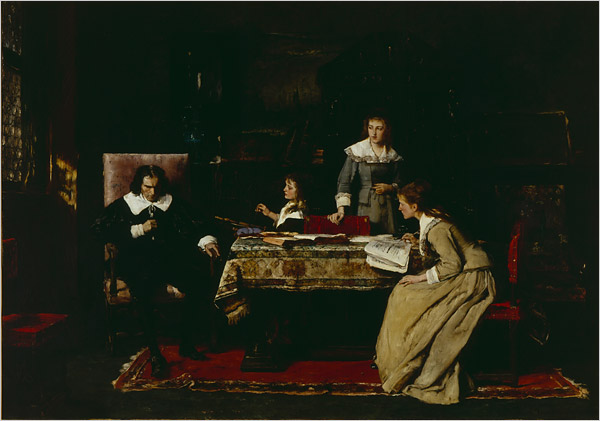 The Blind Milton Dictating "Paradise Lost" to His Daughters 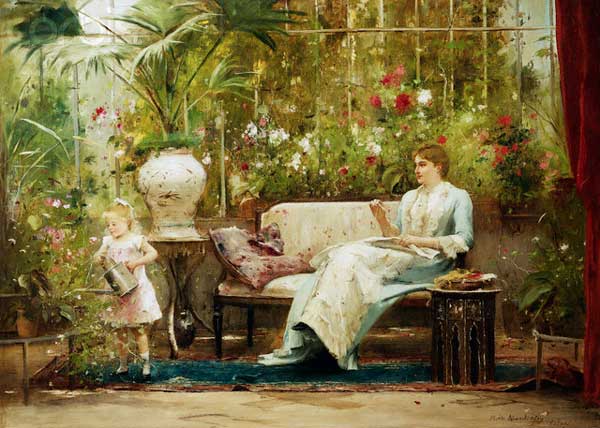 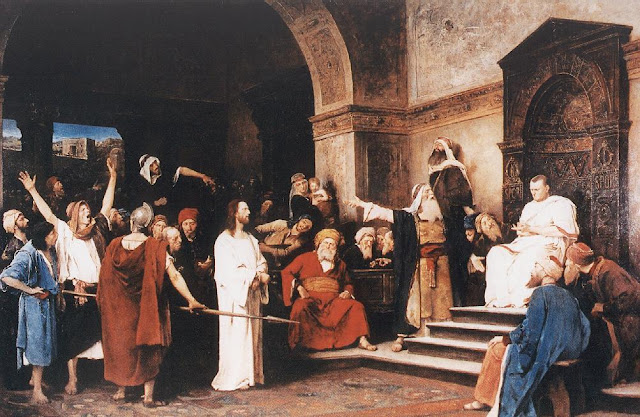 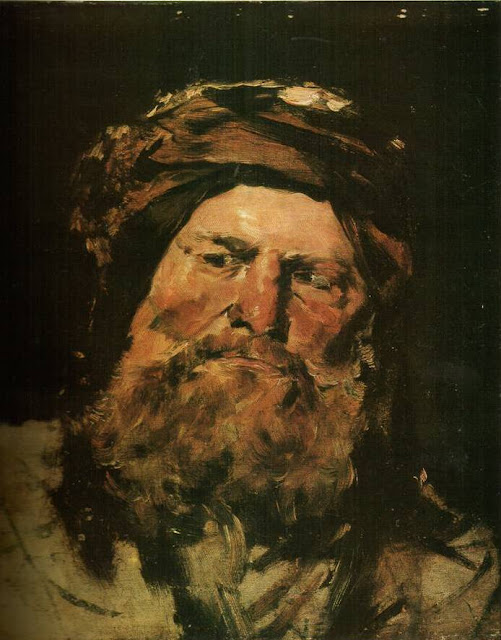 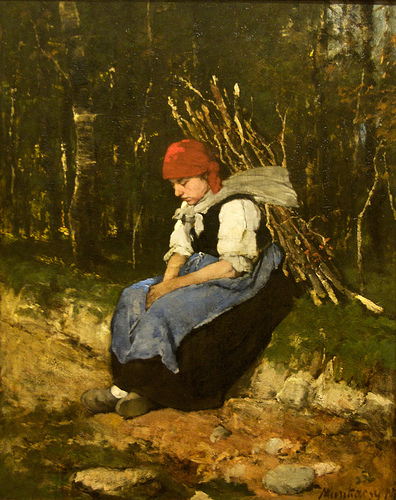 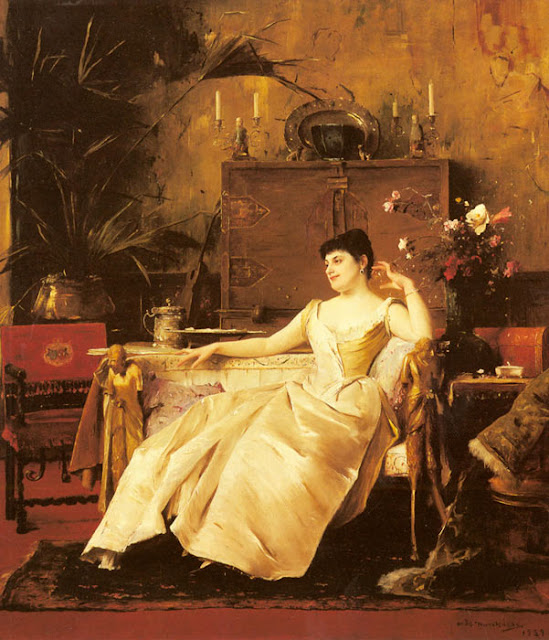 Posted by Donald Pittenger at 2:07 AM