I sometimes wonder how many modernist hotels can be called lovable. Some are enjoyable because they function well or perhaps are in a really nice setting. But even though I might have fondness for them, I can't say I love them.

Certain older hotels are a different story, and it has to do with their architecture and interior decoration. One thing that was largely lost once modernism became the religion of architecture was a connection to deep levels of human psychology; pure geometric forms of glass and metal do not suggest comforting shelter to the extent traditional architecture does.

To illustrate the non-modernist side of this coin, consider the Santa Barbara Biltmore. Well, that's not its actual name: it is actually the Four Seasons Resort The Biltmore Santa Barbara. And it's not actually in Santa Barbara, but in Montecito, a ritzy town just east of there.

The hotel website is here and the Wikipedia entry here. As Wikipedia indicates, the hotel was renovated a few years ago with an eye to restoring the Spanish Colonial style building as reasonably as possible to its appearance at its 1927 opening.

Almost every time we drive into the Santa Barbara area, my wife insists that we stop by the Biltmore (most locals don't use the Four Seasons name), and I put up no resistance to the request.

Below are some photos I took of some of the the public areas during our latest visit. 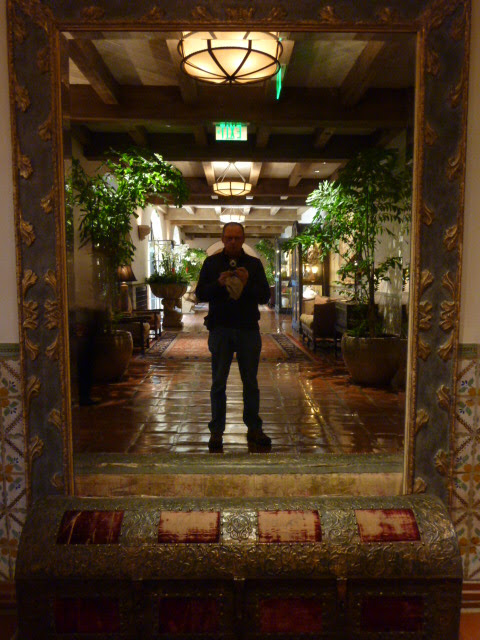 The guy you see is Yr Faithful Blogger, camera in firing position. 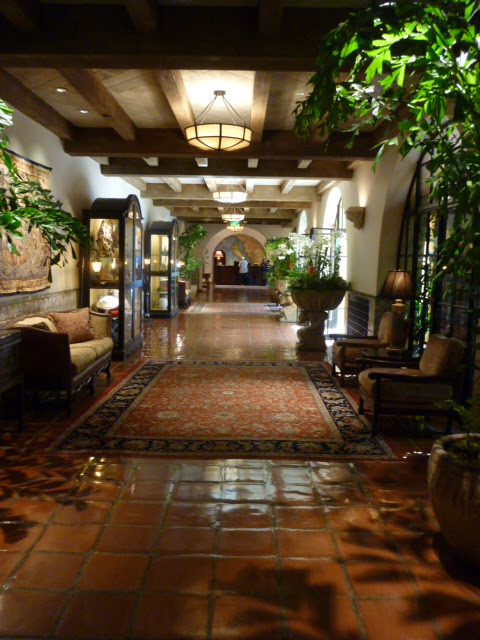 Here is a direct shot of the hallway shown in the mirror above. In the far distance is the check-in desk with a map mural behind it. 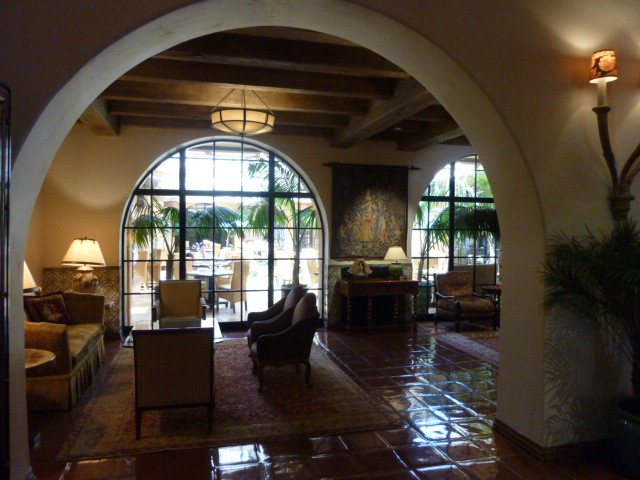 Through the lounge window is the main dining area. Originally it was a garden, but it was roofed over many years ago. The recent restoration resulted in changes to the dining area, but not reversion to garden status. 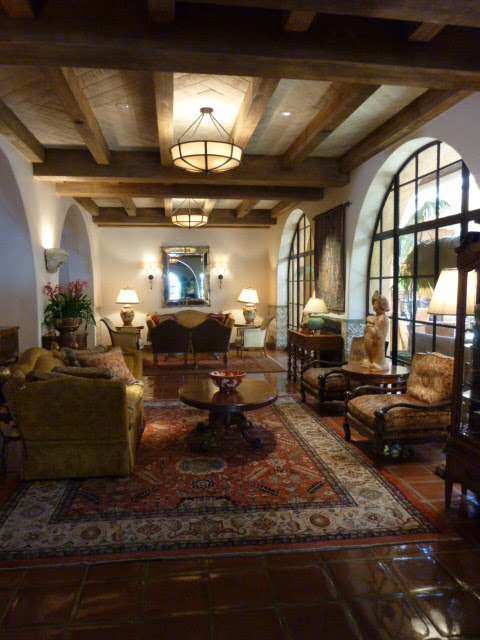 The same lounge from a different angle; the window to the dining area is at the right. 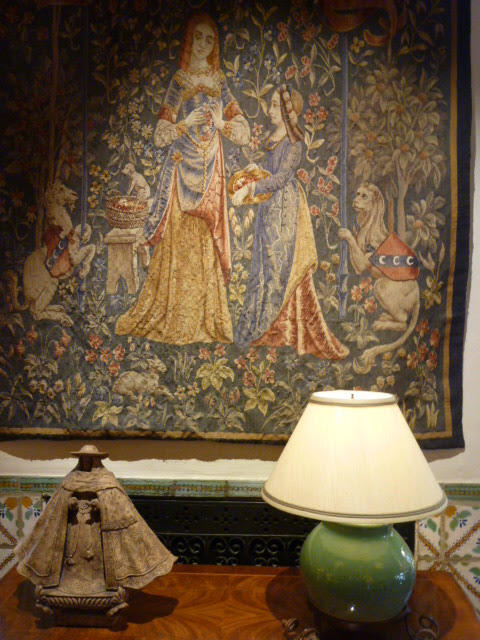 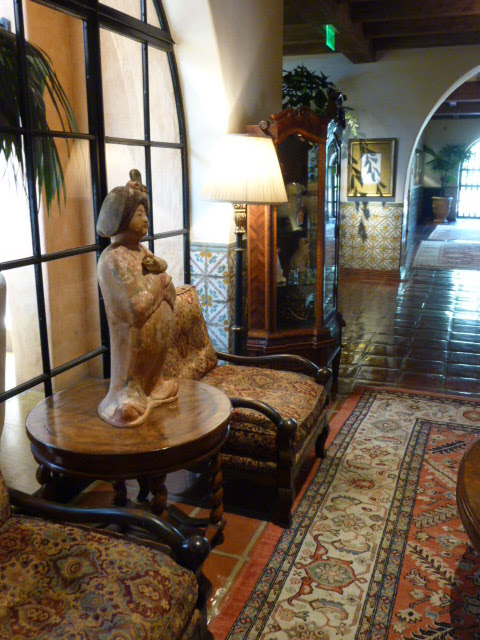 The two photos above show some of the objets d'art found in the lounge. 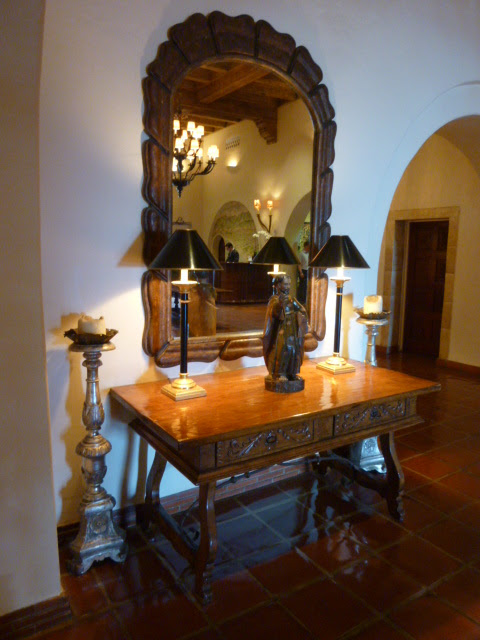 Objects at the end of the hall shown in the first photos. In the mirror can be glimpsed the concierge desk and a mural of early Santa Barbara.

Posted by Donald Pittenger at 1:57 AM