In the Beginning: Jean-Gabriel Domergue 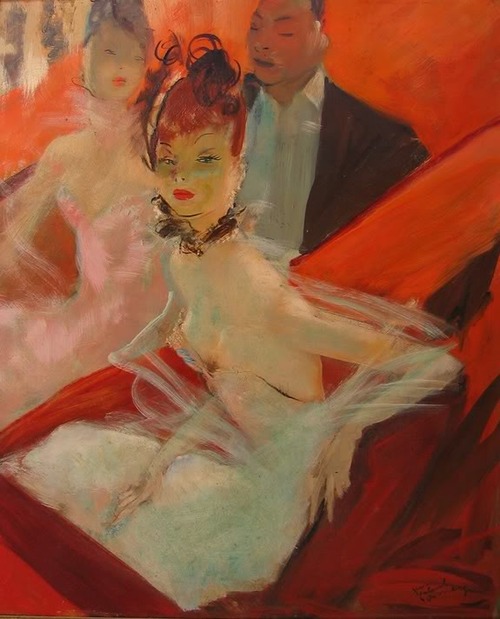 Jean-Garbiel Domergue (1889-1962) claimed to be the inventor of the pinup illustration. Apparently he never saw covers of American girlie magazines of the late 1920s, but maybe he had another criterion for staking his claim. In any case, the image above shows his version of a pretty girl that had evolved by the 1940s; by that point, nearly every female face he painted looked pretty much like what you see. Skeptics can Google on his name and then select Images if you need more evidence.

If I'm sounding grouchy it's because I do not like Domergue's evolved, standardized image. What makes me even more grouchy is that some of his earlier work was pretty nice -- very 1920s. Shall we take a look? 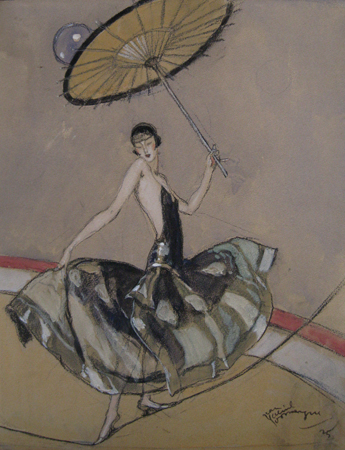 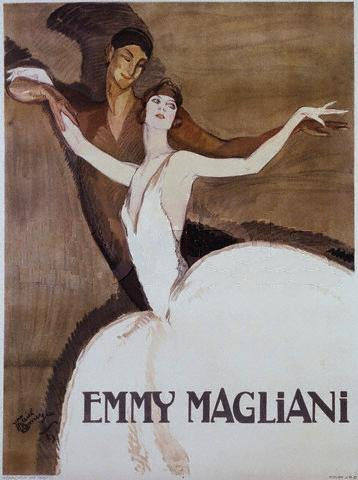 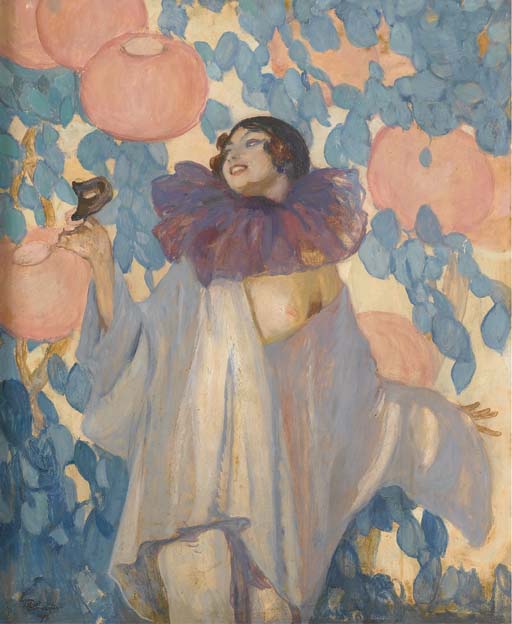 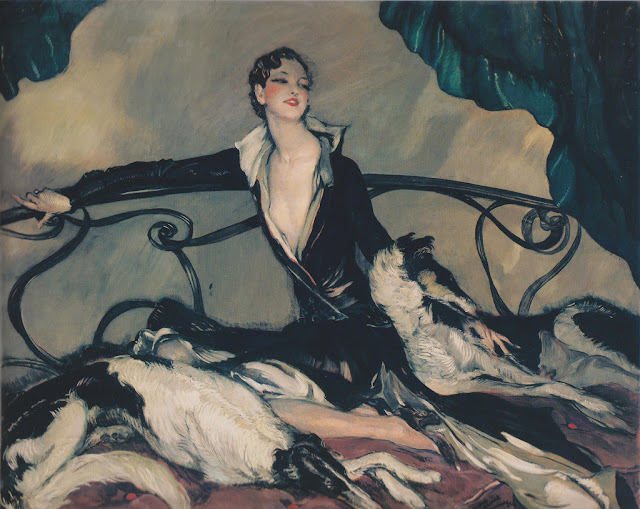 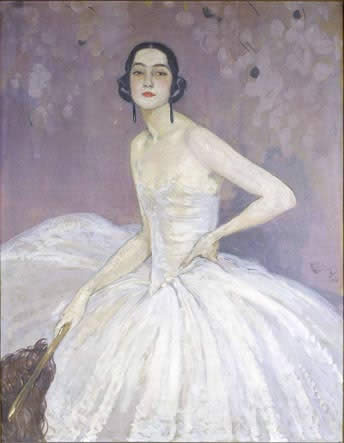 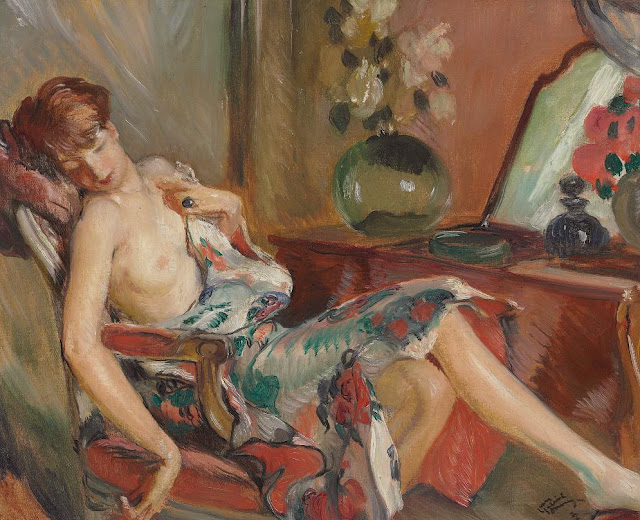 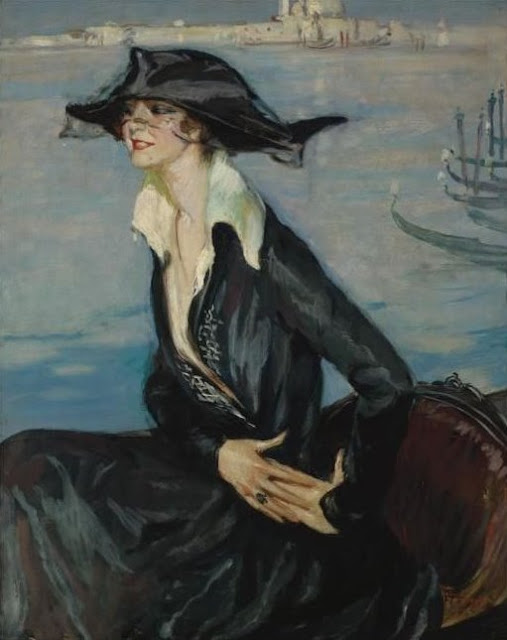 Posted by Donald Pittenger at 1:55 AM