I measure artists' skill by how well they depict human beings. By this, I do not necessarily mean that such depictions are a measure of artistic greatness. There is more to greatness than how well humans are represented on a canvas or other surfaces, though in many cases I consider it an important factor.

One artist who skillfully portrayed many women was Irving Ramsey Wiles (1861-1948). Internet information on Wiles is pretty sparse. Here is his Wikipedia entry, and Charley Parker posted about him here. At the bottom, Parker mentions a book about Wiles that was forthcoming at the time he wrote the post. I looked it up on Amazon and saw that some of the reader reviews were very negative, mostly because the book apparently was poorly illustrated (few images, and those mostly in black and white).

Luckily for us, the Internet has a nice collection of Wiles' works in color. Here is a selection: 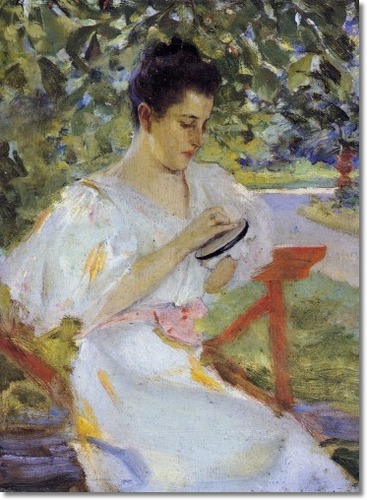 Mrs. Wiles in the Garden 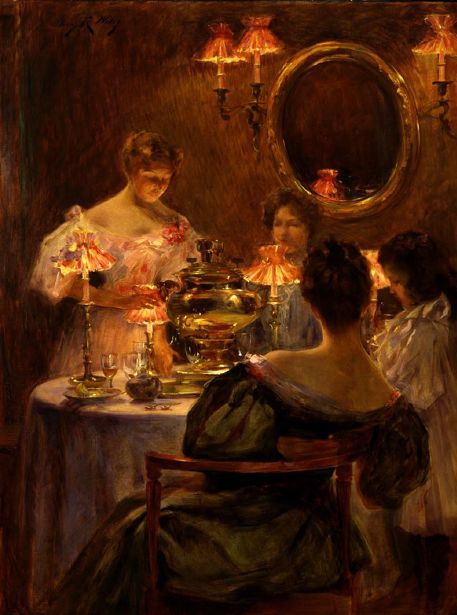 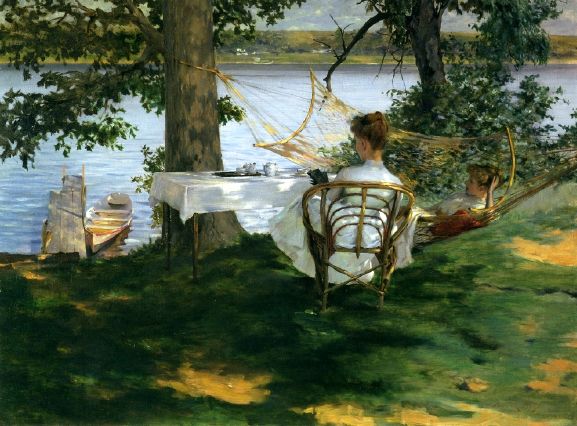 Afternoon Tea on the Terrace 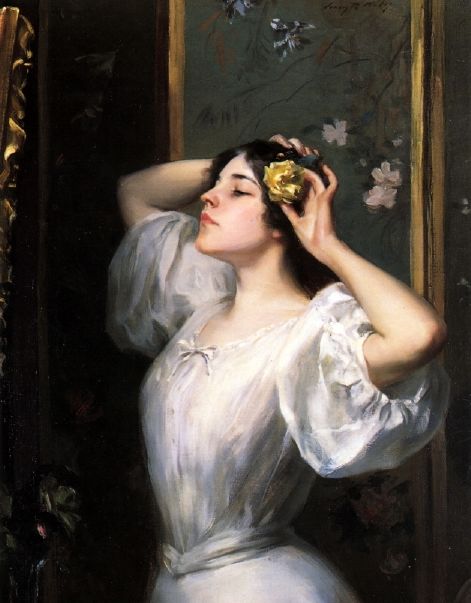 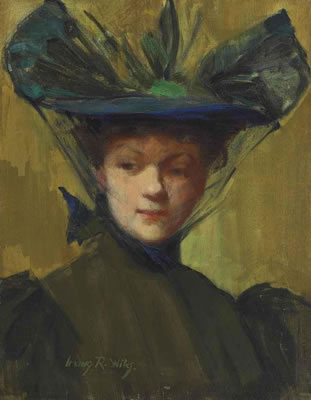 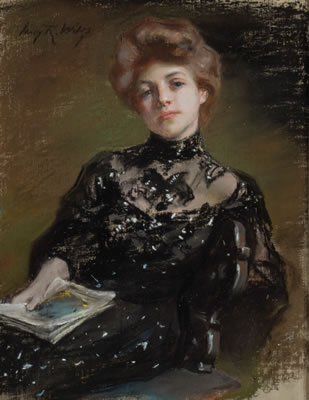 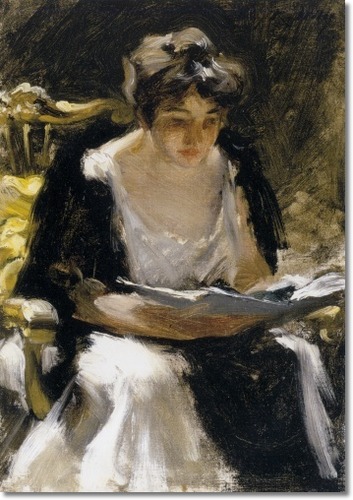 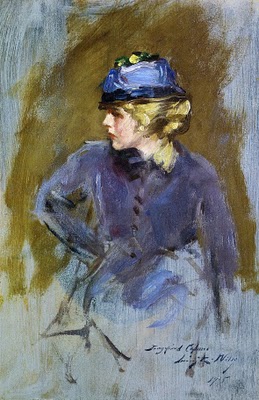 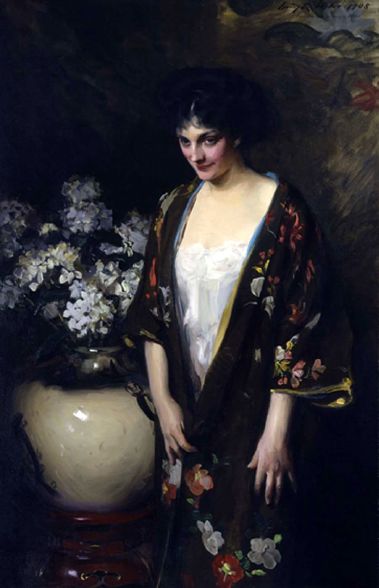 Wiles seems to have been a skilled painter, as the images above demonstrate. Greatness is even more subjective to evaluate than skill, so I'll set that aside.  My take is that he was good at the genre he pursued.  Not the very best, but not all that far behind on his better days.
Posted by Donald Pittenger at 1:00 AM

Thanks Don, for this post. I've never heard of this artist. Your right about him really getting the female persona a life feeling.