Millard Sheets (1907-1989), was a Californian involved in a variety of art-related activities ranging from watercolor and oil painting to mosaic design, architecture, and art school administration. This diversity of pursuits (perhaps along with the fact that he wasn't totally in the modernist/abstraction tank) might have diluted his image to the point where he isn't well known today.

Since I don't want this post to be too lengthy, I suggest that readers interested in details regarding Sheets' life and career link to here and here for plenty of information. His son maintains this site, the page I linked to containing examples of works that are confirmed as not being Sheets' paintings and others of dubious provenance.

Below are examples of what Sheets did. 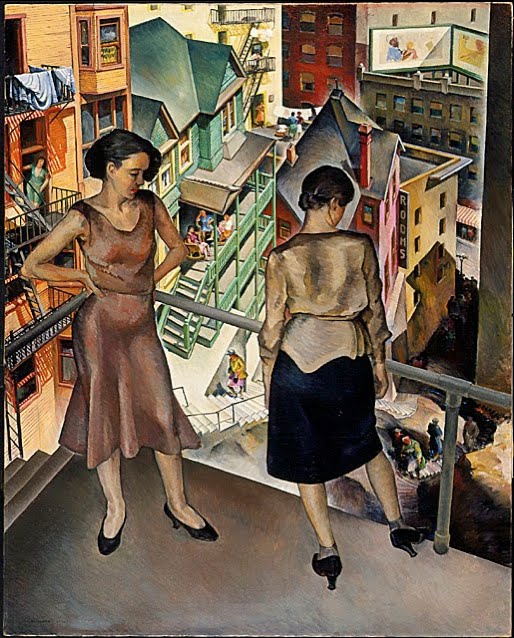 Angel's Flight - 1931
This early painting is perhaps his best-known. It deals with what might be the station platform for a funicular that transported people to the now vanished Bunker Hill neighborhood in downtown Los Angeles. 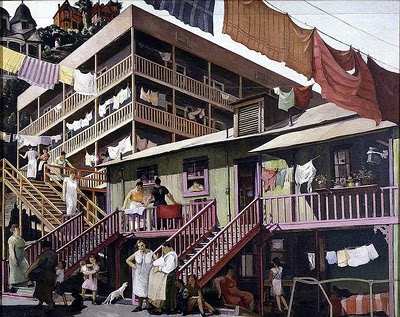 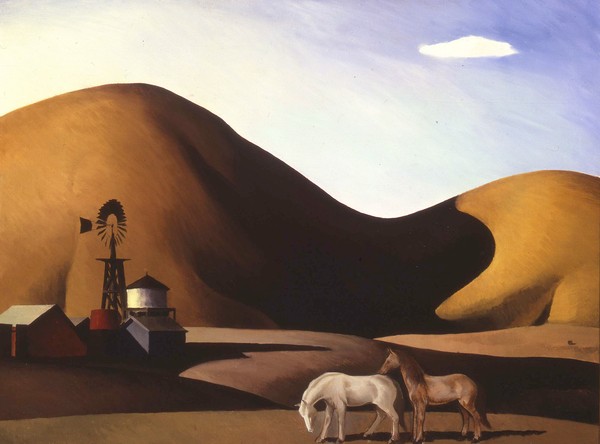 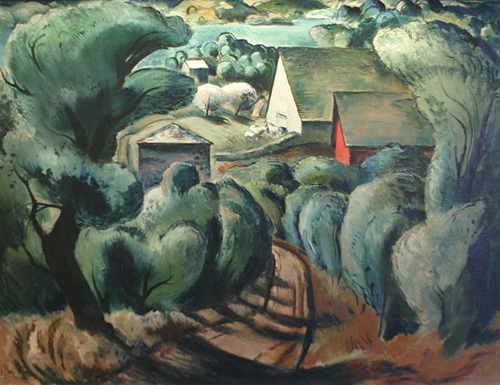 World of Life - mural, Hesburgh Library, University of Notre Dame - 1964
Details regarding this project can be found here.

'Angel's Flight' is absolutely gorgeous! I have rarely seen such perspective in a painting. The way your gaze is driven toward the three figures downstairs.

Agreed, Angel's Flight is a very interesting painting. I love the perspective, it's really challenging!

Augustin and Siolo -- It's a nice painting, and just today I had a thought that I should have included in the post. Namely, what effect might it have on an artist when it turns out that your best (or best-known) painting is an early one; how might this affect one's attitude years later after you've been diligently trying to improve your skills?

And Siolo -- Nice to hear from you again. Hope that exhibit that you said you were going to be working on went well.