This is an advertisement for Eagle artistic silks, 1925. 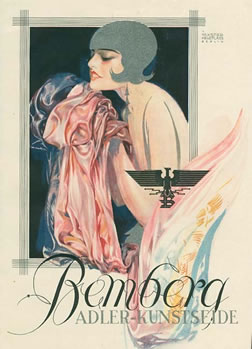 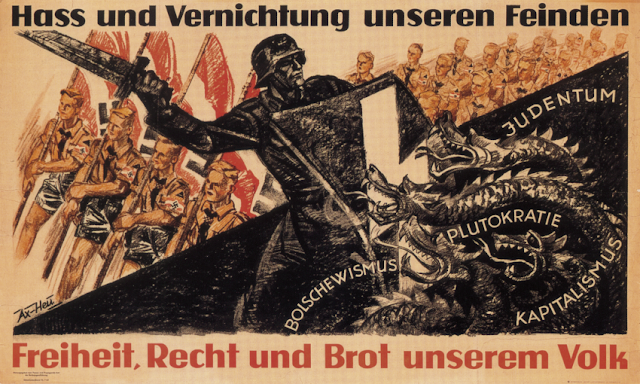 And here is another piece by Werner von Axster-Heudtlass (1898-1949). My German was never good and now it's pretty rusty, but I translate the top slogan as "Hate and Destroy our Enemies" and the bottom one as "Freedom, Justice and Bread (for) our People." The "enemies" are labeled Judaism (in a secular sense, "Jewdom"), Bolshevism, Plutocracy and Capitalism.

I don't have a date for this Hitler Youth poster, but guess from the content that it was created before Hitler assumed power, probably sometime between 1927 and 1933.

What little is known about Axster-Heudtlass can be found here, though I suspect researchers in Germany might have dug out more. The link notes that he and his wife Maria (no dates) probably collaborated on some of the Axster-Heudtlass works.

I recently posted about Ludwig Hohlwein, a top-notch advertising illustrator who also created posters supporting the Nazi regime.  Hohlwein, as I noted in the post, did posters that were supportive in a positive sense and he steered clear of negative subjects.  This was not the case for Axster-Heudtlass who, in the poster above, depicts enemies that are evil serpents that must suffer destruction.

Below are examples of normal commercial art by Axster-Heundtlass along with one more Nazi propaganda piece. 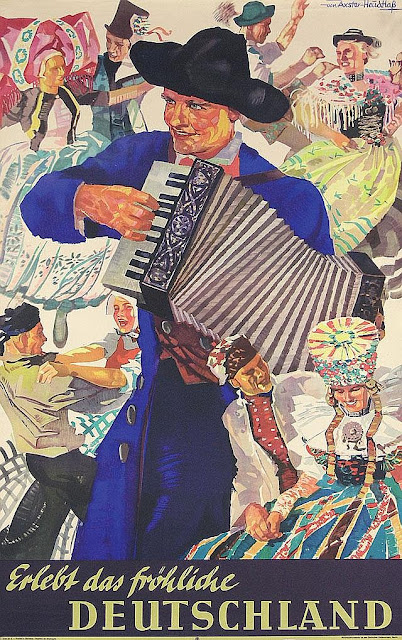 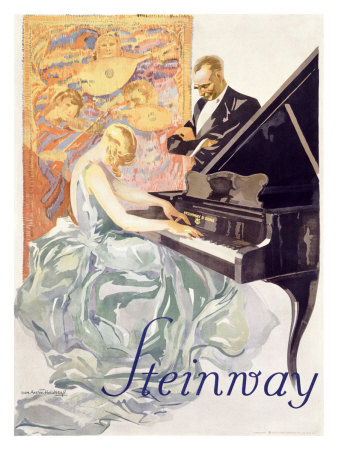 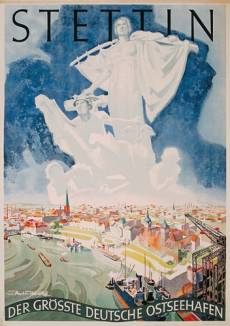 Advertising the port city of Stettin (now in Poland) - 1934 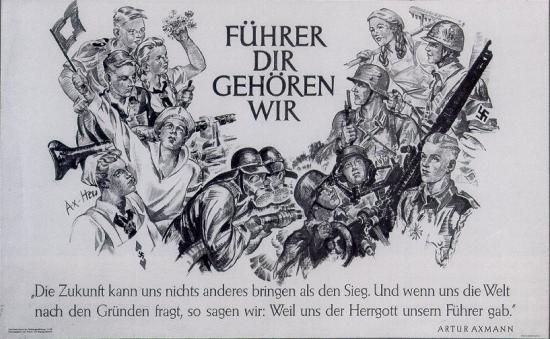 This is another poster or flyer supporting the Nazi regime, probably from 1944-45. It's more difficult to translate than the one above, but goes something like this: "We listen to you, Leader. The future can bring us nothing save victory. [This next phrase is the tricky bit: help me, please, if it needs fixing] And if questioned as to its basis, we state: Because the Lord God gave us the Leader." "Leader" being the reference Hitler bestowed on himself -- Führer in German.

I am not fond of what might be called "political art," the political message almost always draining whatever artistic merit might have been incorporated in the work. Some artists do political art strictly to bring needed income, as if the assignment were just another form of advertising that required illustration. Others are in favor of the cause, as we see above. Axster-Heudtlass did some nice commercial work, but the Nazi pieces are clearly inferior. How much of this artistic damage was his own doing and how much might have been owed to the taste of clients is probably impossible to judge at this late date.
Posted by Donald Pittenger at 1:00 AM

Leader we belong to you. "gehören" is not the same as "gehört".

"The future can bring us nothing else but victory. And when the world asks us for the reason, we say : Because God gave us our Leader."

Augustin -- Thanks for the help!